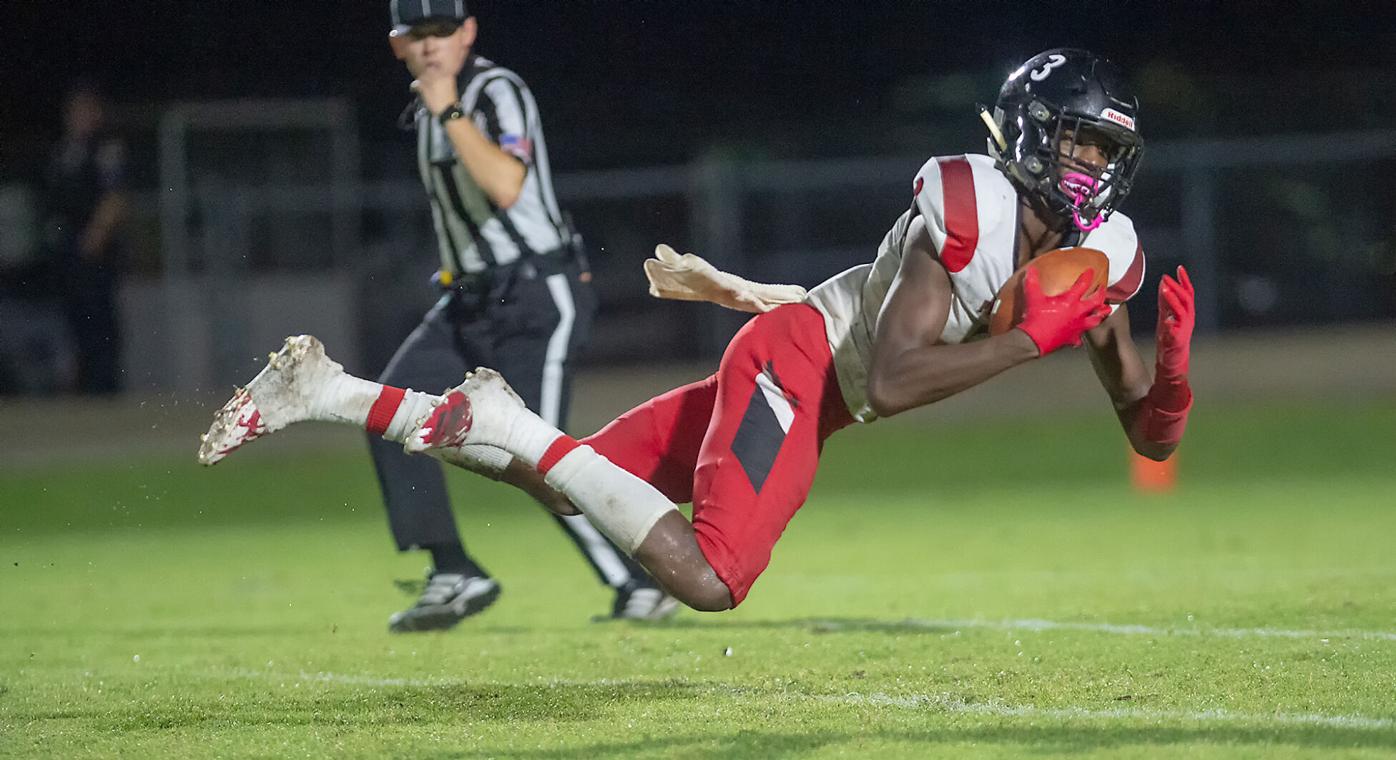 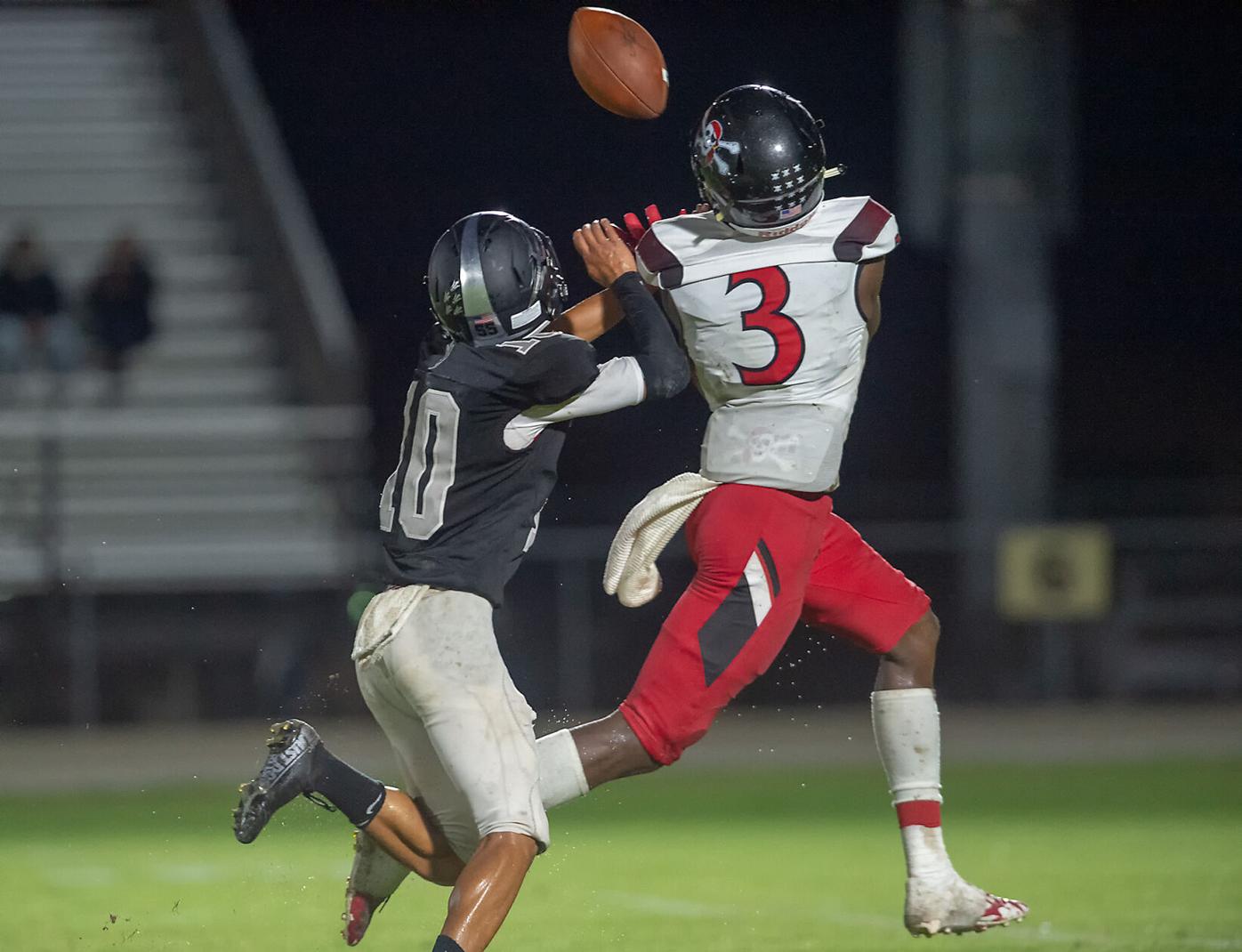 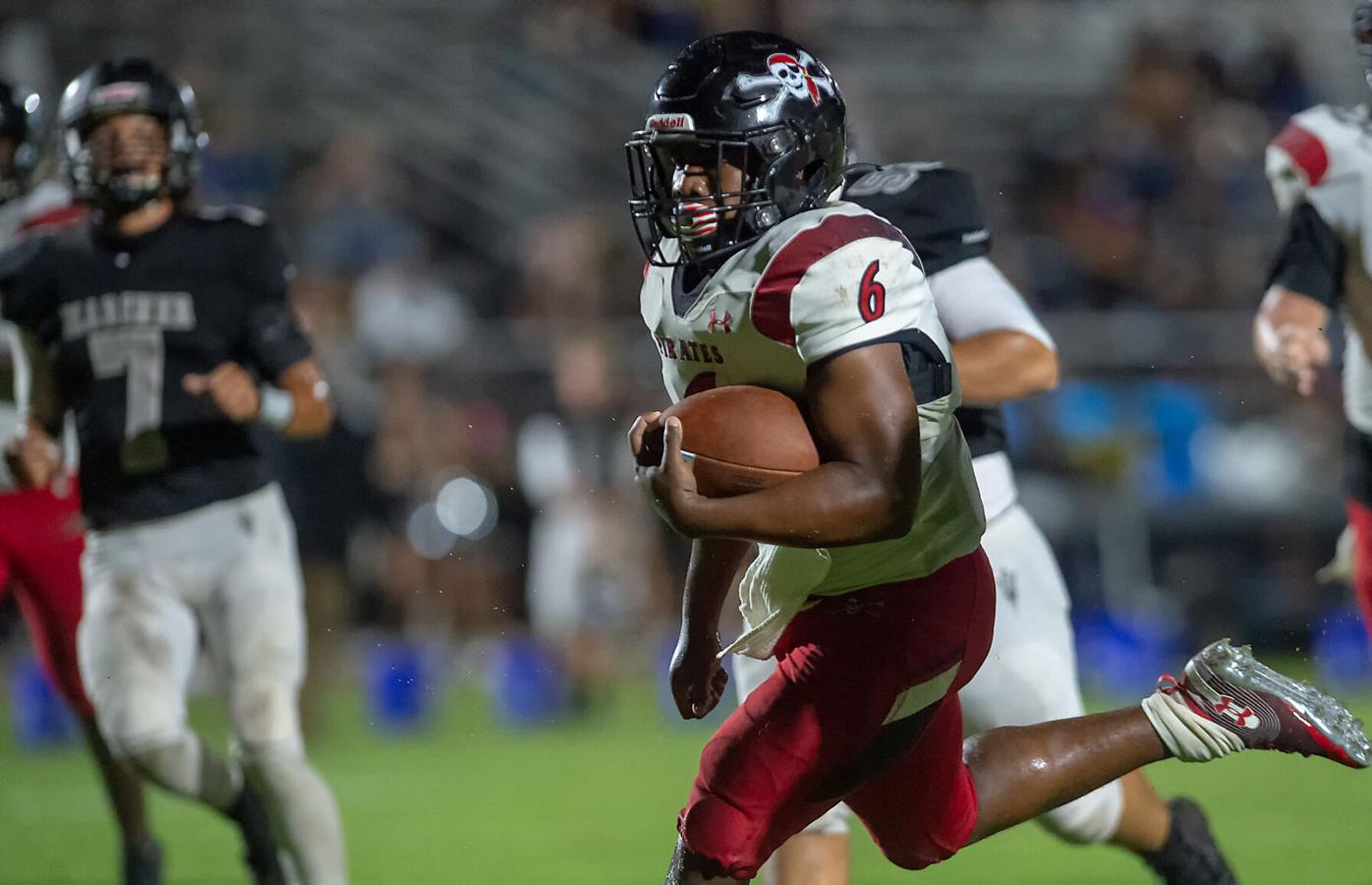 CAPE CORAL — In the strangest of seasons, as the rain came down, Jordan Ingman found himself stifling a laugh.

What else could the Port Charlotte coach do? There was no locker room for the visitors at Mariner High, so his Pirates were suiting up on the field before Friday’s game as a dam burst directly above them in the growling sky.

Port Charlotte eventually dried out enough to take a 35-0 first half lead en route to a 35-13 victory against the winless Tritons.

“I was standing in a monsoon today and thinking to myself, ‘This is crazy,’” Ingman said. “We’re standing outside in the rain and getting dressed. Not even in Pop Warner … well, they have tents in Pop Warner, so I guess I should have packed tents. It was just a different day in a different year.”

Different year, indeed, considering just how often the Pirates’ offense is taking to the sky an airing it out against unsuspecting opponents.

Friday, quarterback Logan Rogers completed 8 of 14 passes for 223 yards. His targets were evenly divided between receivers Solomon Luther and Alex Perry, who each caught two touchdown passes among their four receptions.

Jakeemis Pelham scored the other touchdown on a 16-yard run, as a reminder the Pirates have enough of a running game to keep defenses honest.

The Pirates were able to trigger the running clock despite a slow start, as Mariner held the ball for seven minutes on its opening drive before coming up empty.

“Once we got the cobwebs out — seven and a half minutes into the first quarter — we finally started moving. It was strange. We stood in the rain for 45 minutes. It was just a strange night, but the kids did what we needed to.

Port Charlotte improved to 5-1 heading into a bye week before its annual showdown against county rival Charlotte.

Key plays: Kaden Miller came up with a sack to short-circuit the Tritons’ long opening drive and force a punt. … Perry’s first touchdown on a 3-yard reception came after he gathered in a 52-yard bomb from Rogers. … Luther’s second touchdown was a 55-yard catch-and-run that featured a textbook stiff-arm of a Tritons defender.

What it means: Port Charlotte enters its bye week getting healthy and getting its offense aligned. The timing is perfect, with rival Charlotte having to face a rugged Palmetto team while the Pirates rest. Palmetto handed the Pirates their lone defeat so far this season.

Key stats: Luther finished with four catches for 135 yards. Perry had four catches for 88 yards. The Pirates defense pushed the Tritons back often enough to virtually negate all their gains during the long opening drive. At halftime, Mariner had 0 rushing yards and 35 passing yards.

Quote: “It’s strange because you’re looking out of two eyes in two different directions. It’s just a different year, man.” — Ingman what it is like to already know who the Pirates’ first-round playoff opponent is (Palmetto Ridge) in early October.