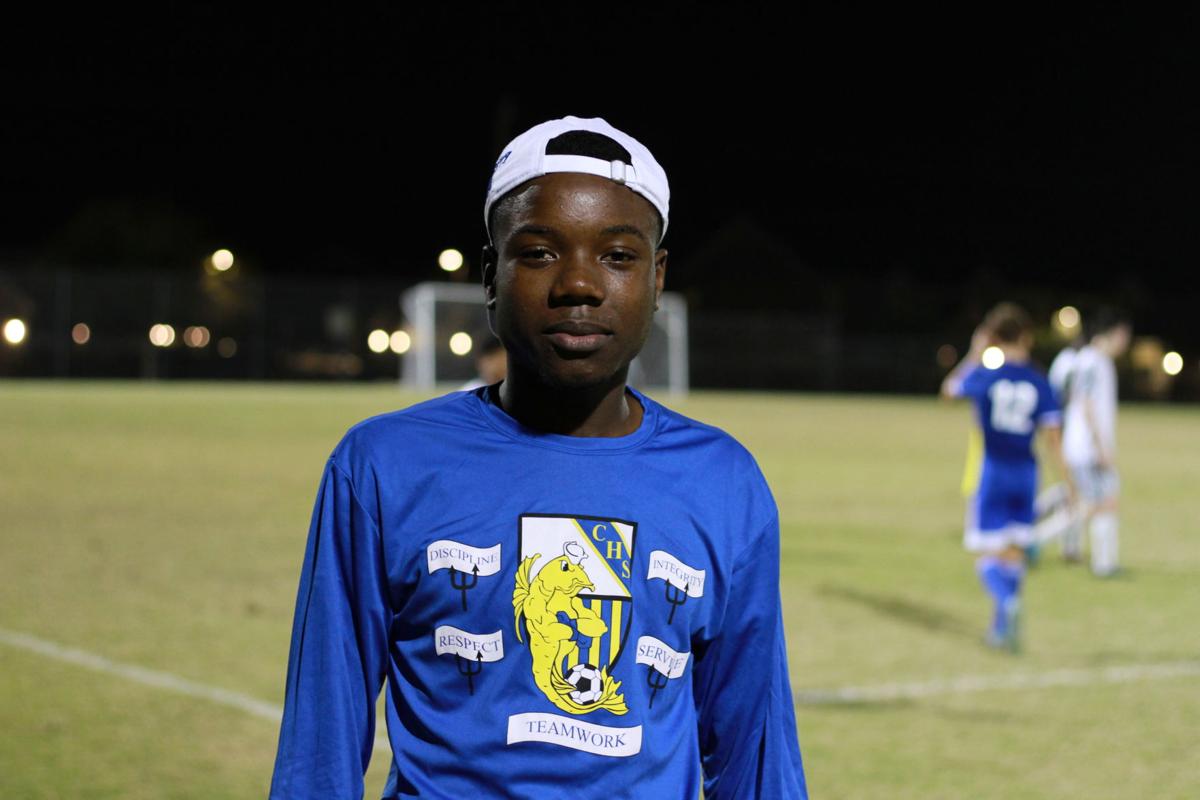 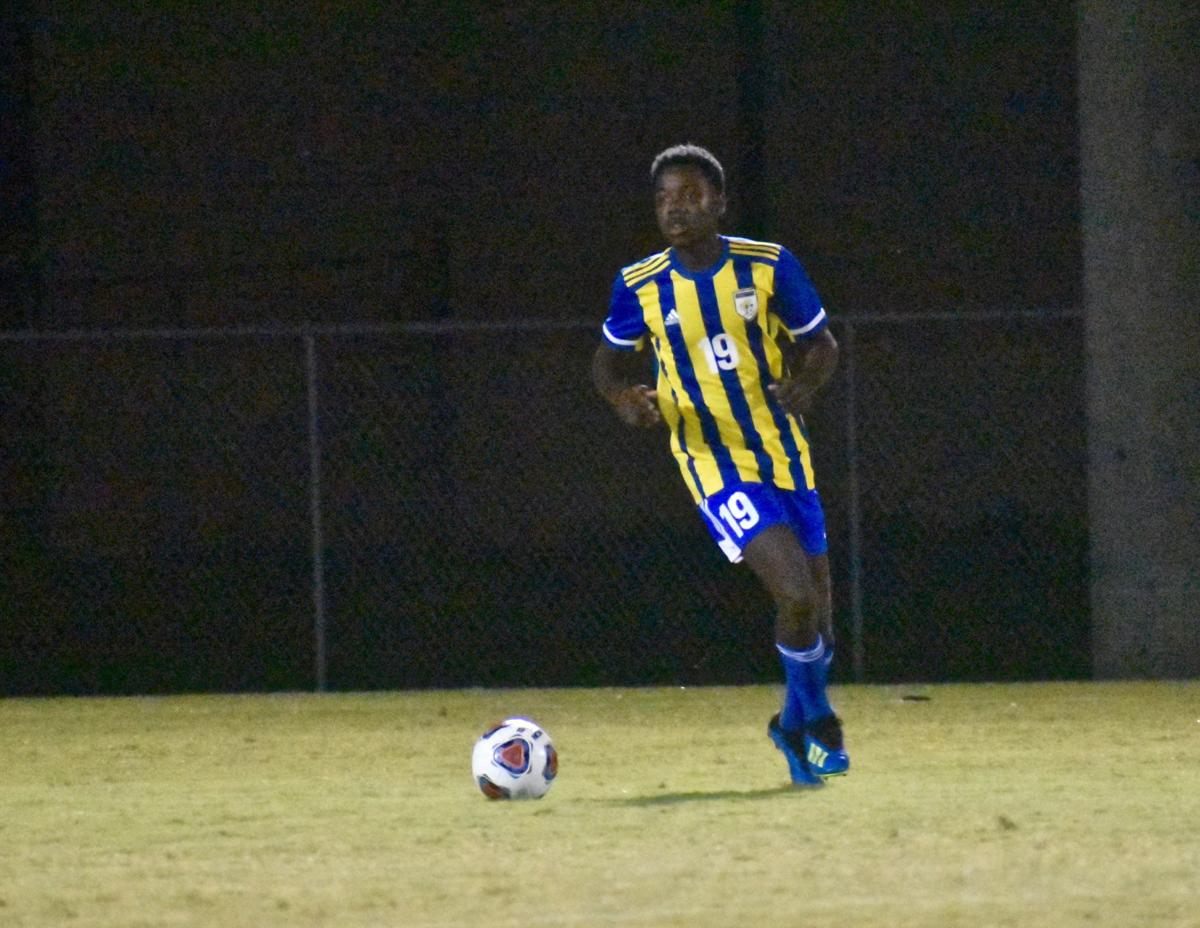 DeAngelo Renford has helped anchor the Charlotte defense since joining the Tarpons this season.

DeAngelo Renford has helped anchor the Charlotte defense since joining the Tarpons this season.

PUNTA GORDA – DeAngelo Renford is one of the reasons why the Charlotte High School boys soccer team is enjoying its best season in years.

The Tarpons are 12-1-5, while allowing less than a goal per game, including just one goal during a five-game winning streak.

Perhaps most impressive was how the senior and the rest of the Charlotte defense were able to smother Lemon Bay star Alex Carabes and not only keeping him from scoring, but even attempting a shot in a 1-0 victory last week.

Renford was born and raised in soccer-crazed Jamaica, where he learned to play the game. However, he did not want to be like those goal-scoring superstars other kids admired, he preferred defense.

“He asked if I liked to play soccer and I said yes. He told me to come to preseason practice in August and get to know the guys,” Renford said of Pennell.

Coach Greg Winkler said DeAngelo showed up for preseason conditioning and looked pretty good. When the season rolled around, Winkler worried how he would replace graduated defender Ben Mizell. Renford provided the answer.

“In Jamaica I had a roommate, who I loved to watch (play), show me how to be a defender,” Renford said. “He taught me the key thing to do is to talk a lot. The game gets easier that way.”

Winkler said that Renford made an immediate impact.

“He came at the right time and has been a leader in the back. He’s a very smart player with good vertical ability, so he can get to balls in the air,” Winkler said. “He talks a lot and has a lot of experience in the back. His  teammates love him and respond to him.”

Despite his accent, which makes him an easy target for teasing among teammates, he communicates well on the field and has worked well with fellow defender Dylan March and goalkeeper Pennell in allowing 16 goals in 17 games, with six shutouts.

Renford said the target is for the team to make the district finals, which would mean its first regional bid since 2011.

“So far, the way we’re playing, we’re focused and we look like we’ll get there. Me and Marsh have a good connection on defense,” Renford said. “My teammates are great and we all have the same goal.”

Offensively, Renford has a grand total of one assist, though he can make an occasional run. But as long as he and March work together to make the defense tight, that’s all that matters.

Renford said he would like to go play soccer in college, but with only his senior season to go by, major schools are likely to pass on him simply because they don’t know about him.

Winkler said they might look at Division II or NAIA schools for Renford.

“He’s one of those gifts that you get every once in a while. Our program has been suffering and he and the team has accepted the challenge of turning it around,” Winkler said.