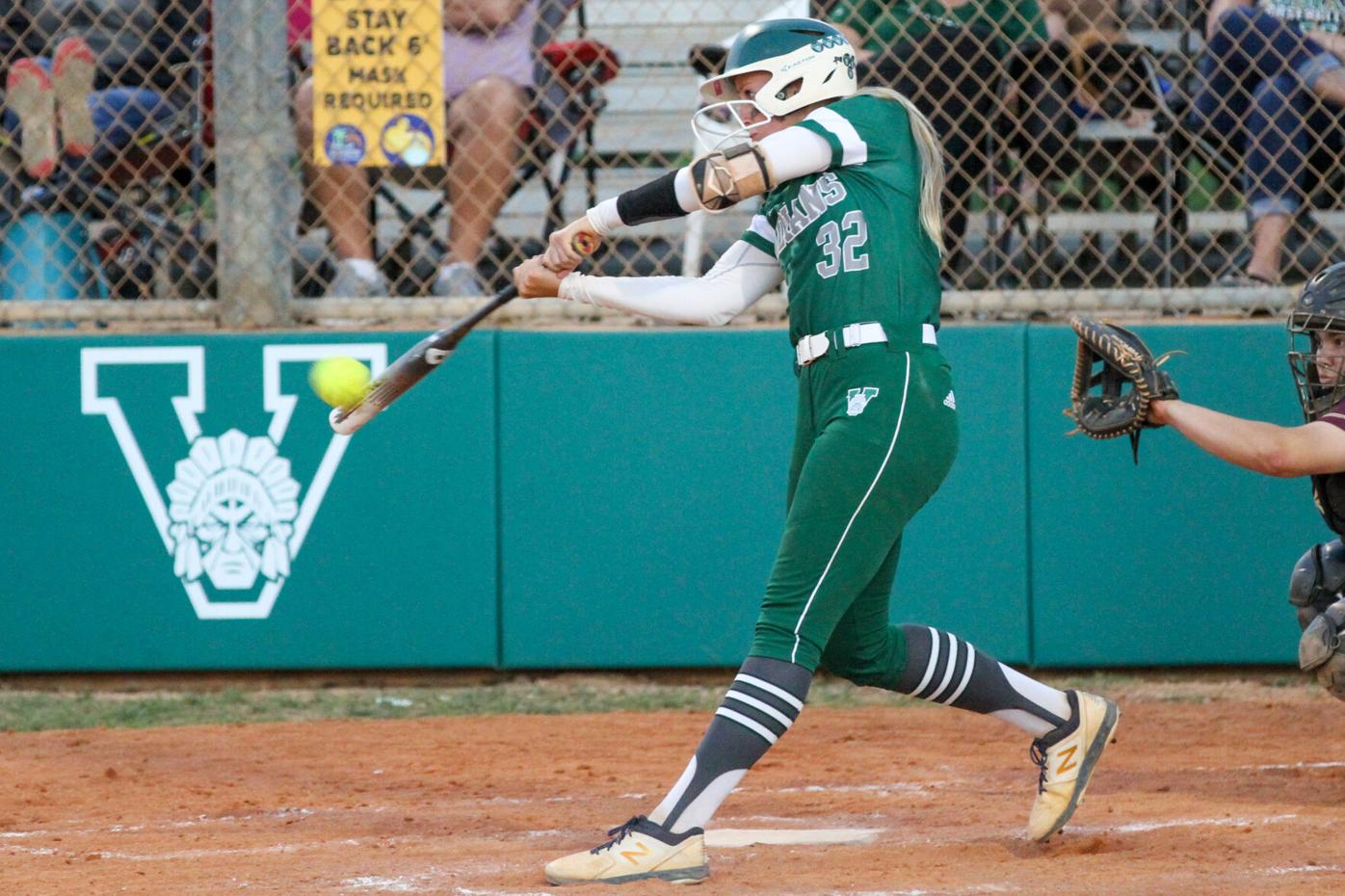 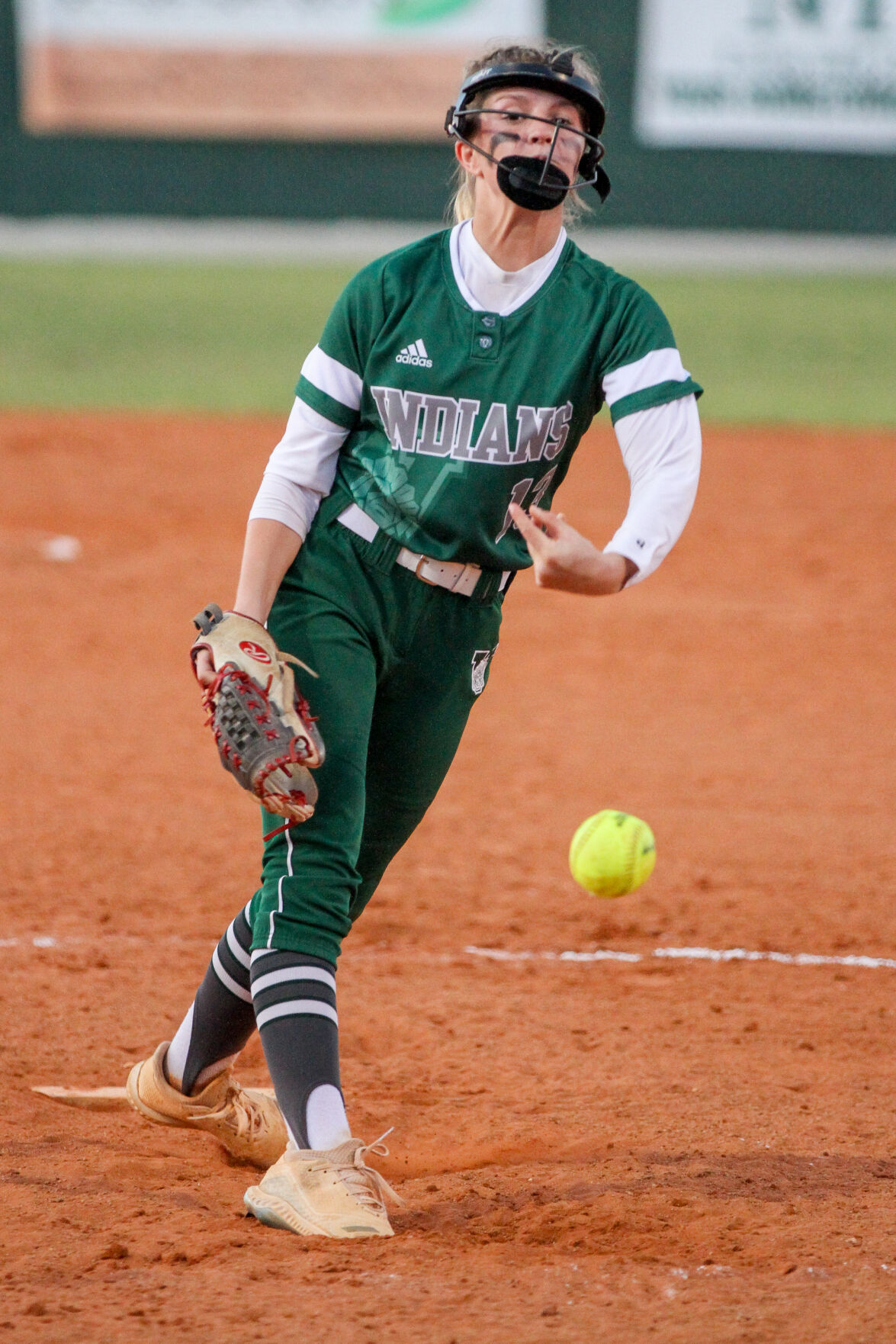 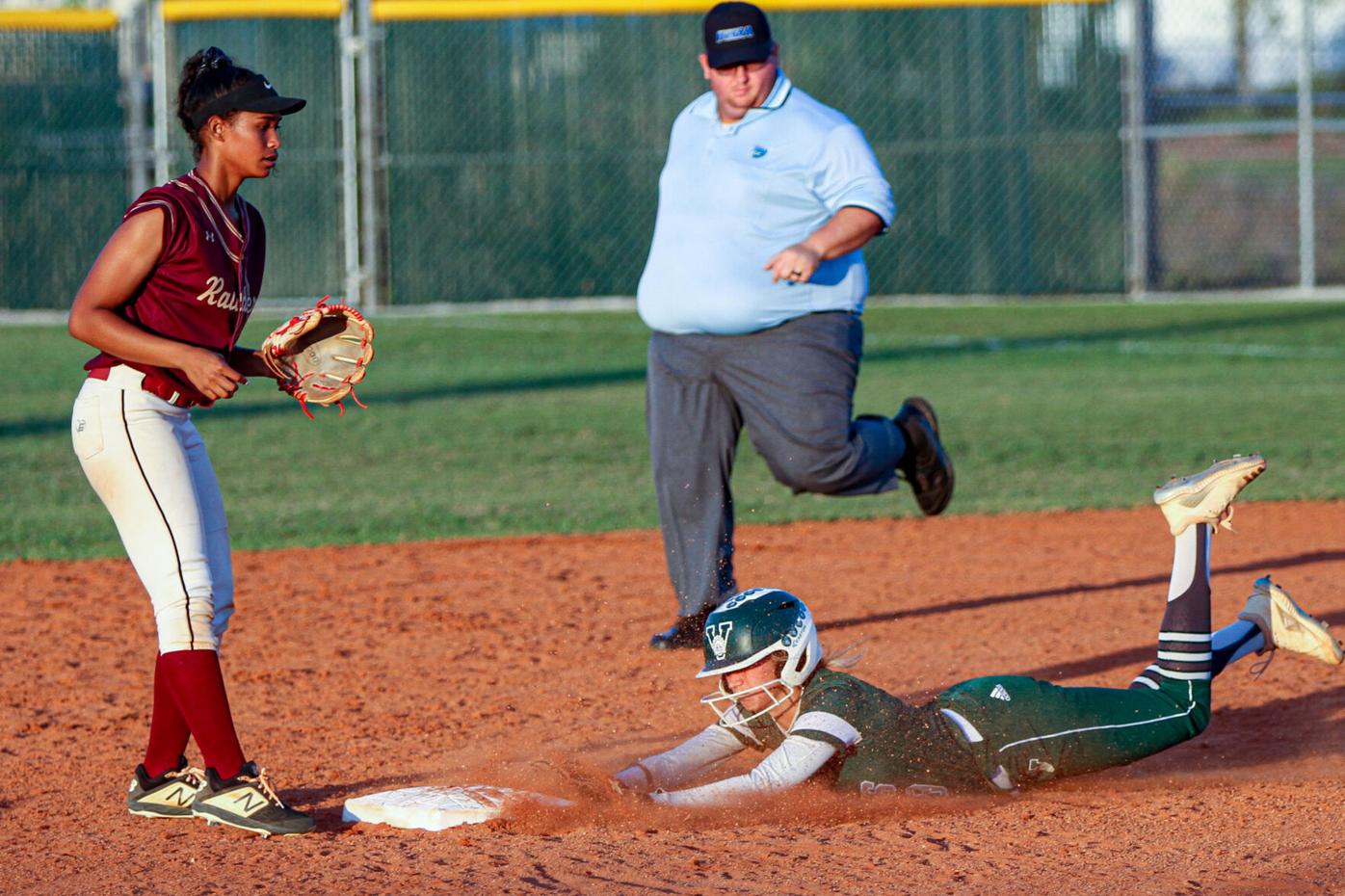 VENICE — The Venice High softball team was prepared to do whatever it took to win the district championship against Riverdale on Friday night.

Whether that meant switching up their spots in the batting order, giving themselves up on a sacrifice bunt or laying it all on the line for a defensive play — the Lady Indians did it all as they got seven shutout innings from Karsyn Rutherford in the circle and totaled nine hits in a 9-0 win over Riverdale at Venice High School.

Venice, district champions for the first time since 2015, will host a regional quarterfinal game on Thursday, May 6.

“There’s something different about this team than any other team I’ve seen,” Venice coach Steve Constantino said. “There’s not ever going to be a group that loves each other like these kids do.

“Listen, Liv Seibert has been in the No. 2 spot half the year and then we move Megan Hanley up there, who hasn’t been up there in 10 games, and they both did their job with smiles on their faces. Micaela Hartman didn’t even go on defense today. These kids give themselves up for each other.”

The Indians used some small ball to stake an early lead.

Venice (22-4) opened the scoring when Jordan O’Brien hit an RBI sacrifice fly to center field, scoring Tatum McGrath on a close call at the plate.

Again in the third, the Indians made some sacrifices to score.

Hanley reached on an infield single, Becka Mellor laid down a bunt single, Kayleigh Roper dropped down an RBI squeeze bunt and O’Brien laced an RBI single to left field — going up, 3-0, on the Raiders.

“It’s nice to be able to go, ‘It’s windy tonight,”’ Constantino said. “The wind is blowing in. It’s not a night to try to pull the ball down the left side.’ And they had pitched us inside a lot, so we knew going small ball, with our speed, would help us out.

“We drew their infield in a little bit, then we started pounding balls. We practiced it all week long.”

While the Venice offense was busy building a lead, Rutherford was working her way in and out of jams in the circle.

The junior left-hander allowed runners to reach base in the first four innings but got double plays from her defense in the second and fourth innings and stranded three runners on in the third.

From there on out, however, Rutherford kept most Raiders off the basepaths — allowing just two singles the rest of the way.

After Rutherford set down the Raiders 1-2-3 in the top of the fifth inning, the Indians finally broke the game open.

Roper opened the inning with a home run to right-center field — her 12th of the season, putting her one off from the school record — O’Brien hit a double to left field, Hartman walked, Bri Weimer was hit by a pitch, Zoey Lynn walked in a run, Rutherford then hit a two-run single to left field and Mellor smacked a two-run double to the left field wall — as Venice expanded its lead to 9-0.

With Rutherford still dealing on the mound, Riverdale struggled to put up much of a fight down the stretch. The Raiders put two on in the sixth, but the Indians’ third double play of the game killed another rally.

In the home half of the sixth, emotions got to Riverdale as pitcher McKenzie Wittenburg, a coach and a fan were ejected from the game for arguing with the umpires.

Though the Indians couldn’t score in the sixth to run-rule the Raiders, it took just another few minutes before they were celebrating their first district title in six years.

“I trust my teammates in front of me to get on base, and I trust the girls behind me to knock me in,” said Roper of why her team has been so successful this year. “We’re not selfish. We want to do whatever we can to win or help the person beside us.

“It works out great.”