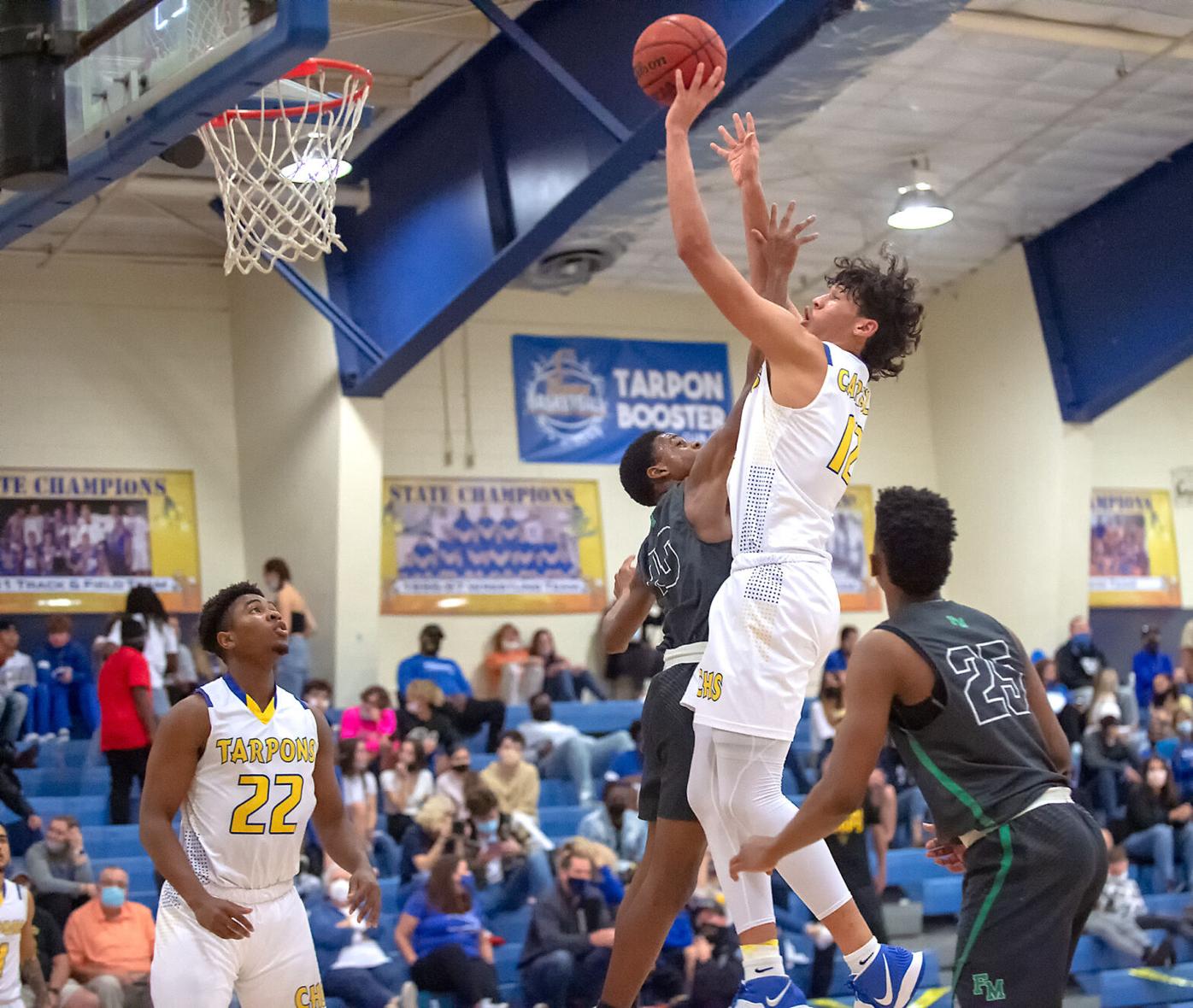 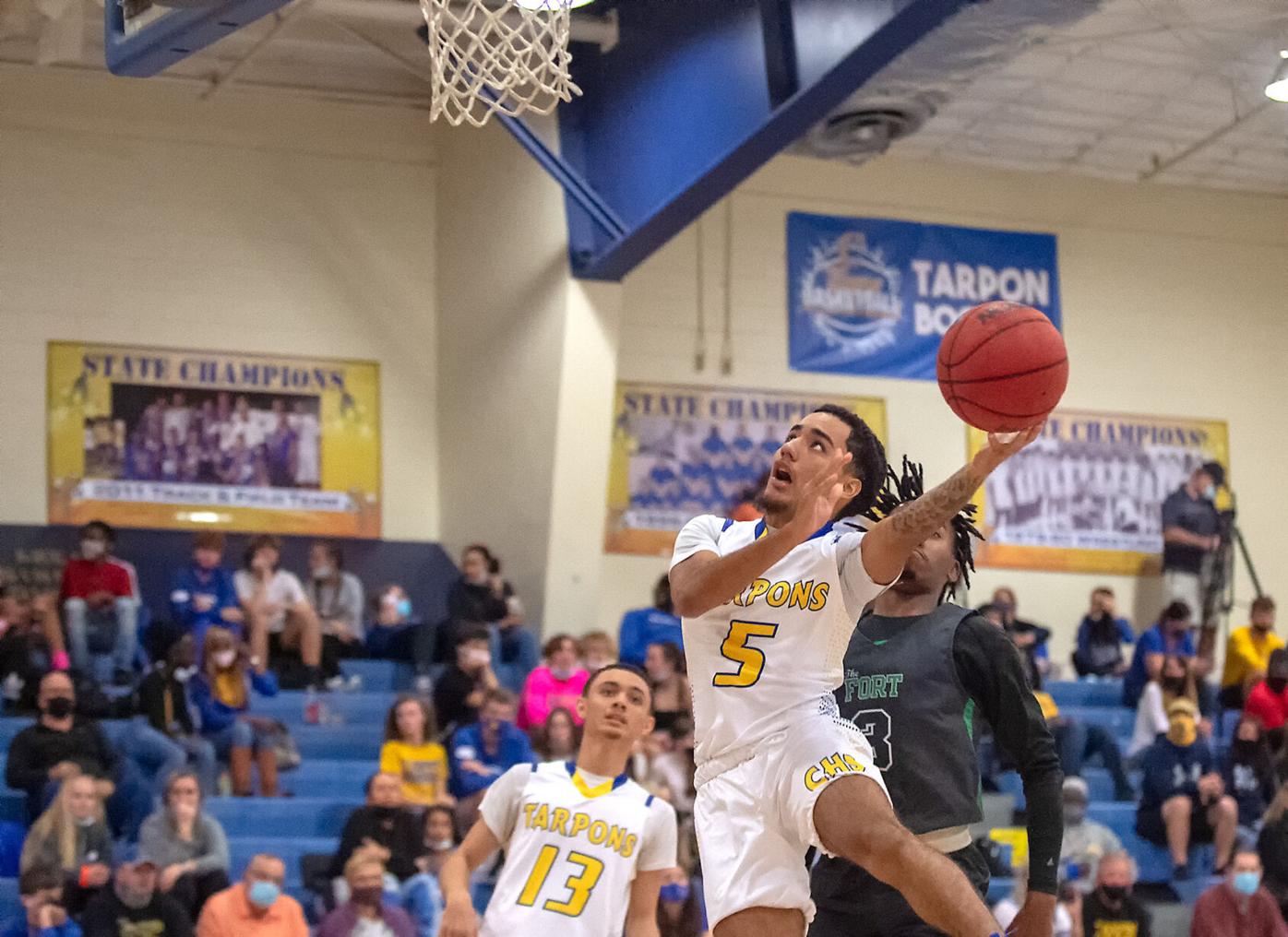 It is not often a team wins a game the day before it plays, but in the case of Charlotte, it describes how the Tarpons dispatched Fort Myers 61-52 on Friday night in Punta Gorda.

“We had a heart-to-heart yesterday and it was a great, great, heart-to-heart,” Charlotte coach Tom Massolio said. “Coaches, players, everybody involved in the program, we sat down.”

The focus of the talk centered on how the Tarpons were becoming more ragged with each game. The discussion came to rest on the Tarpon seniors, who were challenged to lead the team with renewed energy.

“There are two seasons in basketball. This is our first season,” Massolio said. “We had to make some adjustments and I’m proud of my seniors. All six of them tonight contributed, played well and they led us tonight. It was just a different atmosphere.”

The six Tarpon seniors combined for 56 points, led by Tre Carroll’s 32. Carroll himself could be seen coaching his teammates from the bench whenever he came out of the game.

Carroll said in recent seasons, the team had become complacent during the regular season, which led to disaster in the playoffs.

“I think what changed yesterday when we were having that group meeting is that we needed to start focusing now and start caring now or else we are going to go home,” Carroll said.

Alex Gent, another Tarpon senior, said it was clear from Friday’s opening tip that the talk had paid off and that Charlotte had put its 76-59 loss at Naples earlier this week in the rear-view mirror

“We just really talked about what each individual should do and shouldn’t do, because before this game there was the game at Naples and there was a lot of stuff we did wrong,” Gent said. “We weren’t playing as a team, none of that. But when this game came around, we played as a team. The bench was engaged. We were on the same page and we ended up with a win.”

Charlotte (10-4) spotted Fort Myers (7-5) the game’s first four points, but led 14-6 by the end of the first quarter. The Tarpons pushed their lead to as many as 16 points and held the Green Wave at arm’s length throughout the remainder of the game, while playing an active man-to-man defense.

“I’ve been saying all along we have to get back to our fundamentals defensively and we played 31½ minutes of man tonight,” Massolio said. “Our seniors, they just absolutely led us and the bench was phenomenal. That’s a good team and we did a nice job defensively especially early. We knew we had to because they’ve got some guys who can put the ball in the basket.”

It was Charlotte’s first home game since defeating rival Port Charlotte on Dec. 15. Four of the Tarpons’ next five games will be at home. While enjoying playing in front of their own fans, Massolio said the Tarpons will try and keep their focus on the here and now so that they are hitting the second season on an upswing.

“Tonight’s game we’ll celebrate and put it behind us,” Massolio said. “That windshield is a lot bigger than the rear-view mirror. We’re going to keep looking at that windshield and get better every night.”