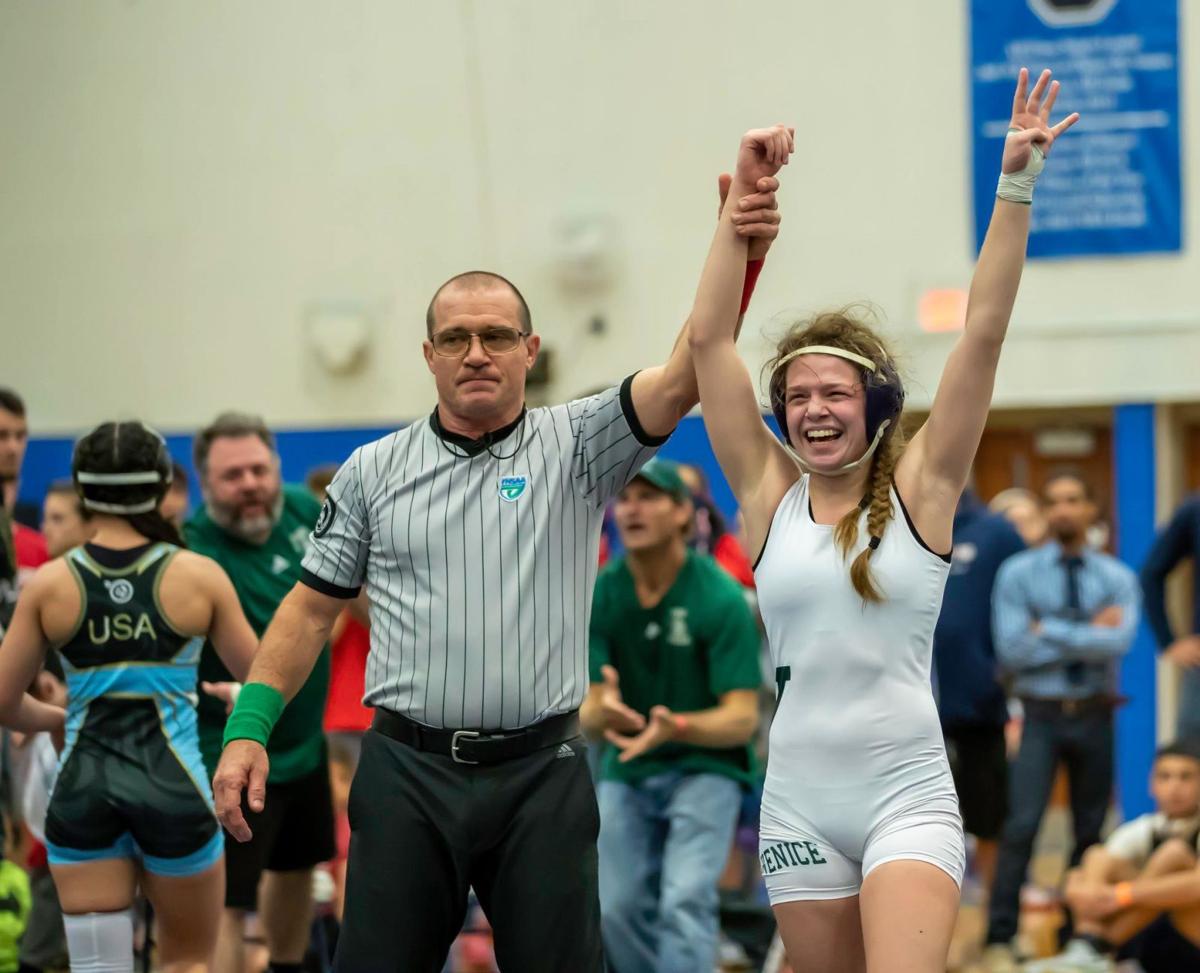 Lauren Stone smiles as she basks in the moment of winning her fourth straight girls wrestling state championship this past season. 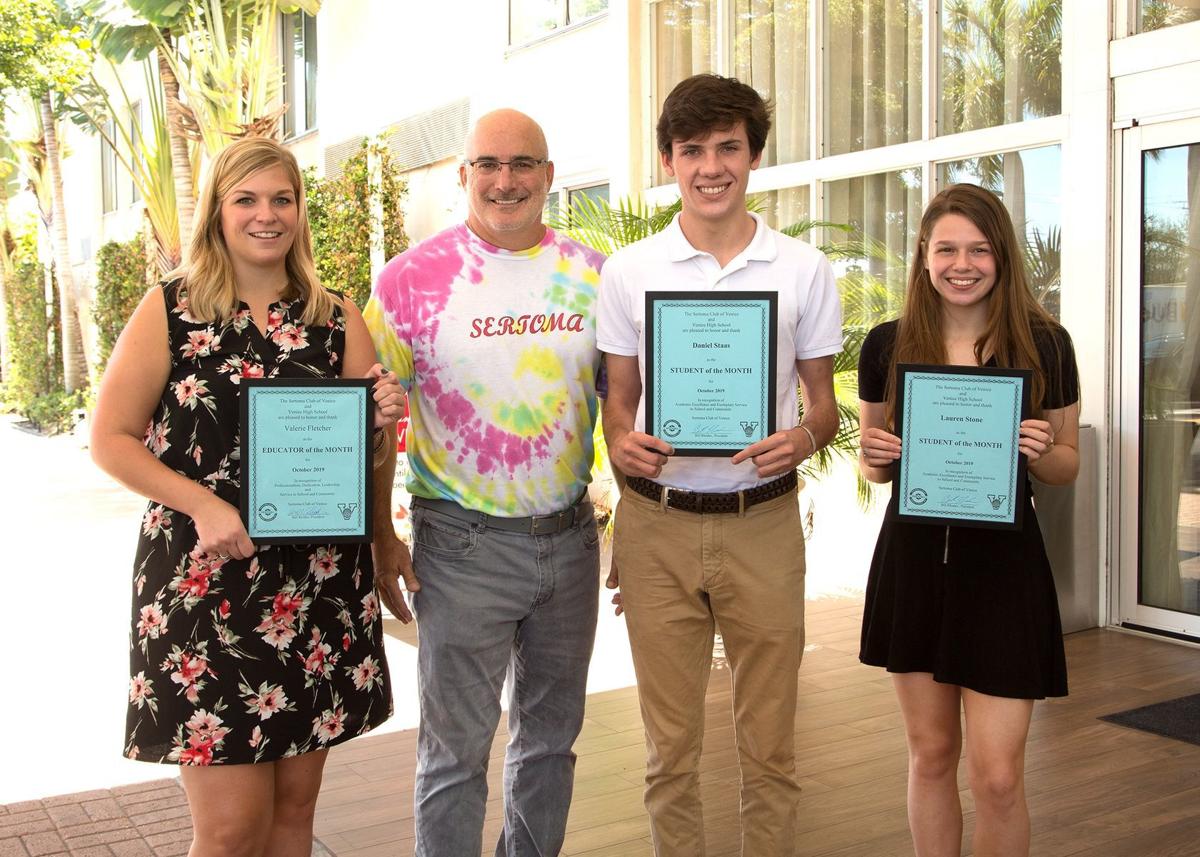 Lauren Stone was a Student of the Month this past year at Venice High, along with earning several scholarships and finishing the year as her class valedictorian.

Lauren Stone smiles as she basks in the moment of winning her fourth straight girls wrestling state championship this past season.

Lauren Stone was a Student of the Month this past year at Venice High, along with earning several scholarships and finishing the year as her class valedictorian.

Everyone familiar with Venice High wrestling knows what Lauren Stone can do on the mat.

A four-time girls wrestling state champion and a two-time qualifier for the boys state tournament, Stone has proven she can wrestle with the best — and win.

“She would literally try to run through a wall if I told her it would make her better,” Venice wrestling coach Pat Ryan said. “She’s the type of person who works so hard that I have to tell her to relax a little.

But while it’s easy to see the drive and determination that Stone has in her sport, some might not know that passion began in the classroom.

Inspired by her father Dr. David Stone — a neurologist in Sarasota — she has dreams of one day becoming a doctor as well. That goal has given Stone a dedication to education that’s been unmatched by most of her peers.

“What she needed to learn out of this sport was hard work and perseverance,” said David Stone. “When you’re in medical school and you’re in residency, you’re working 100-120 hour weeks and you’re exhausted and you have all these things going on.

“The wrestler in me goes, ‘Yeah, but I can eat and I can drink.’ It just gives you confidence that you can handle anything and you can take yourself to that next level.”

After completing the International Baccalaureate program, the school’s most demanding coursework, Stone graduated with a 5.02 GPA as the valedictorian of her class. Though it may seem impossible to balance the workload of varsity wrestling and maintain the best GPA in the school, Stone was motivated by both of those challenges.

Along with homework, projects and tests, Stone also had to write a 5,000 word research paper — she wrote hers about the adverse effects of wrestlers cutting weight — all while finding time to also volunteer in the community.

Stone has yet to be officially recognized as class valedictorian due to the school’s inability to hold a graduation ceremony during the outbreak of the coronavirus. However, one has been tentatively scheduled for mid-July, which Stone hopes to attend.

After that it will be on to the University of Florida where the soon-to-be Gator already has a head start on undergraduate work. Planning to major in biochemistry before medical school, Stone has a lot on her plate, but she’s also not thinking of giving up the sport she loves any time soon.

“I’m looking into wrestling for the club team,” Stone said. “I have a friend who’s on the team now. But wrestling is something that never leaves you.

“So whether I’m wrestling for the club team or coaching at the local high school, whatever that may be, it will always be a part of me and I’ll always try to be involved.”