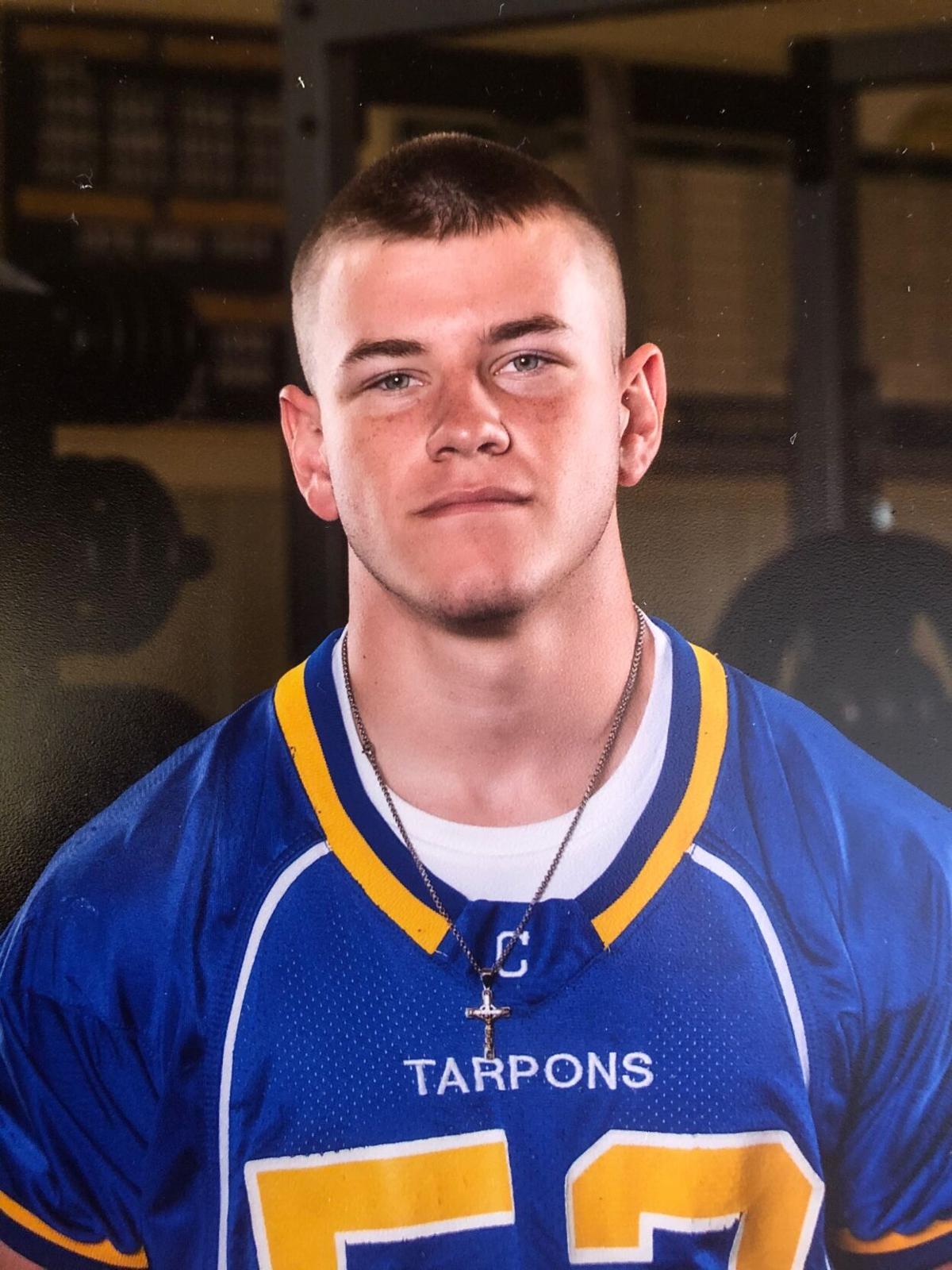 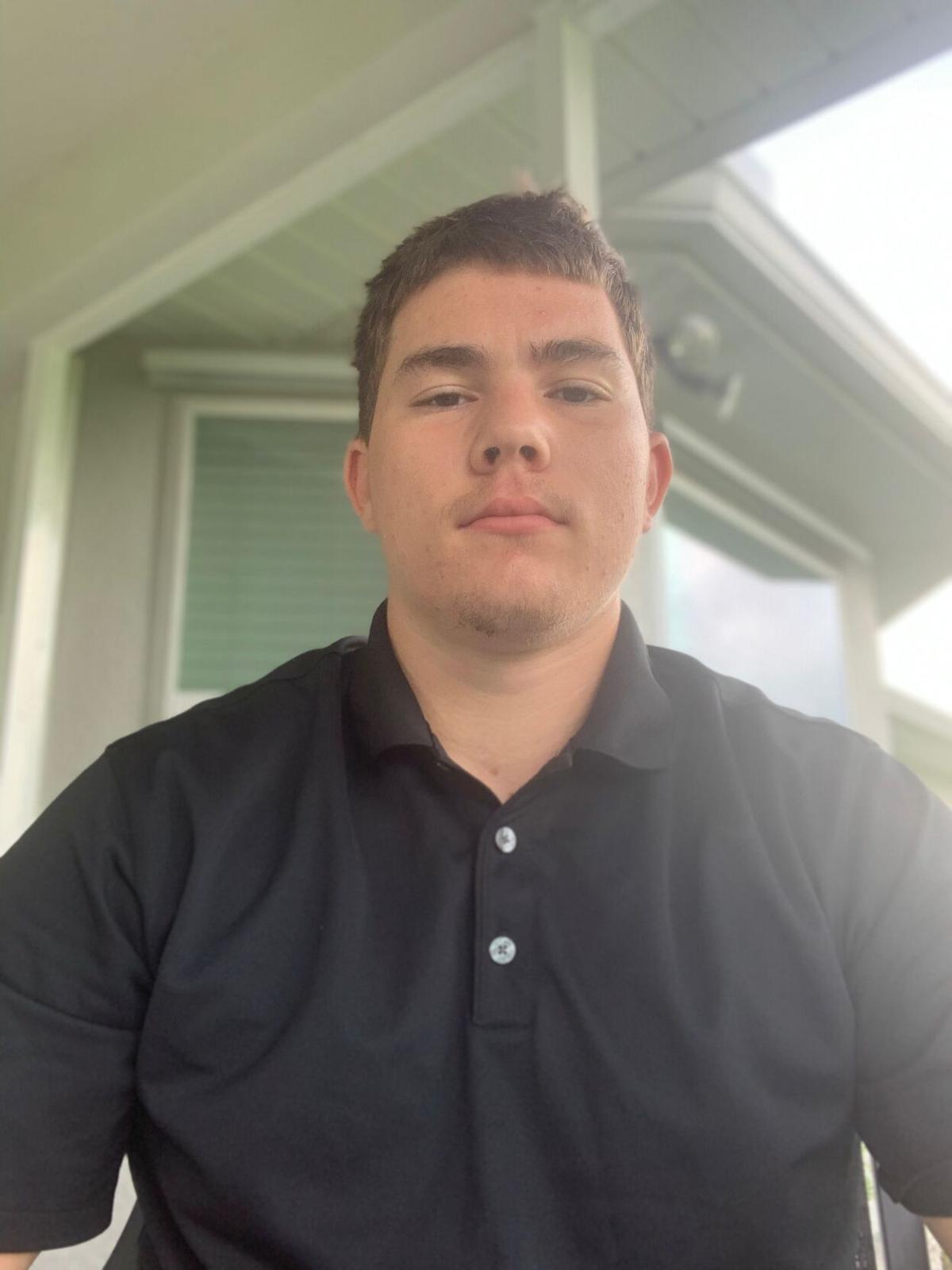 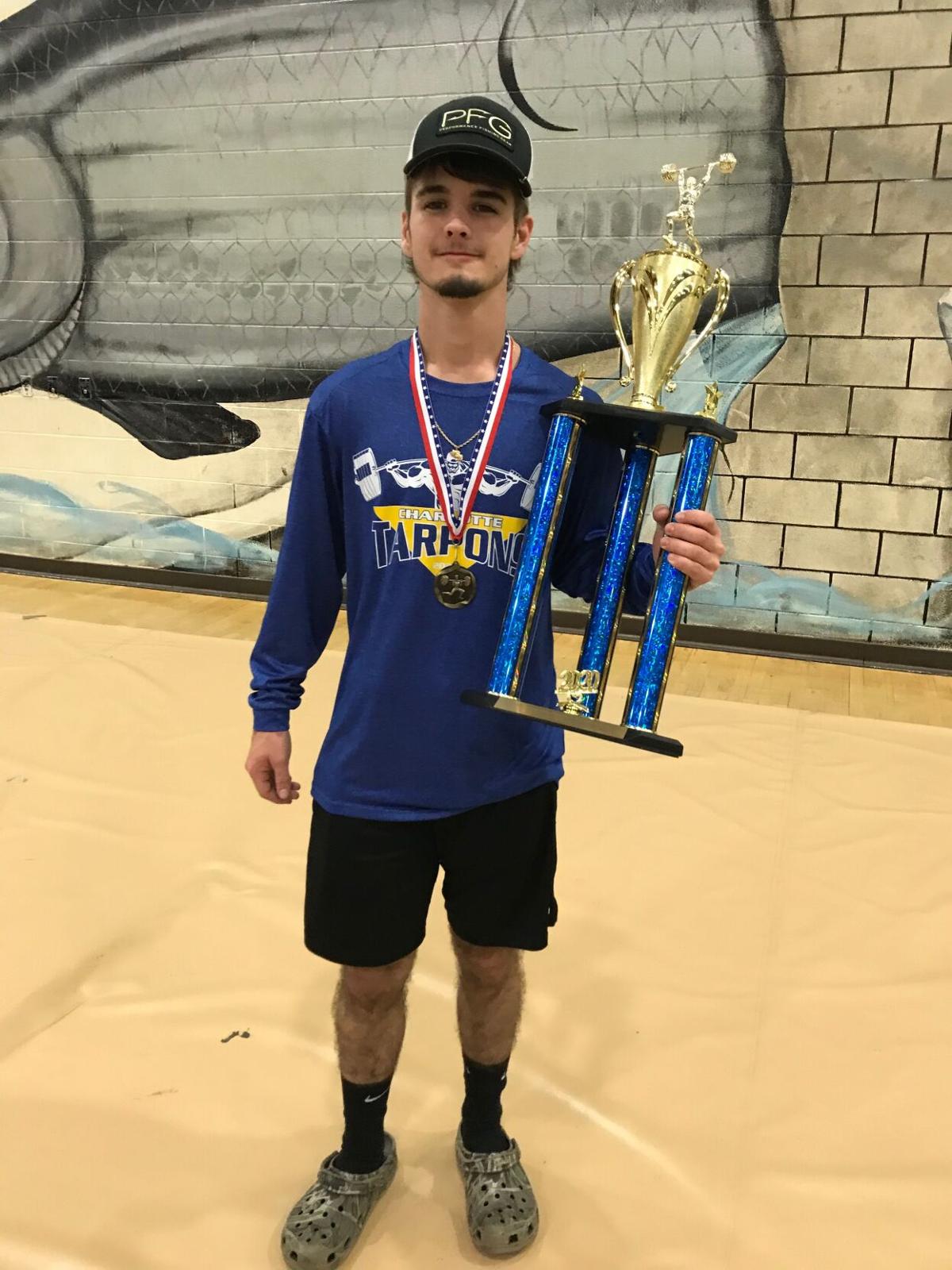 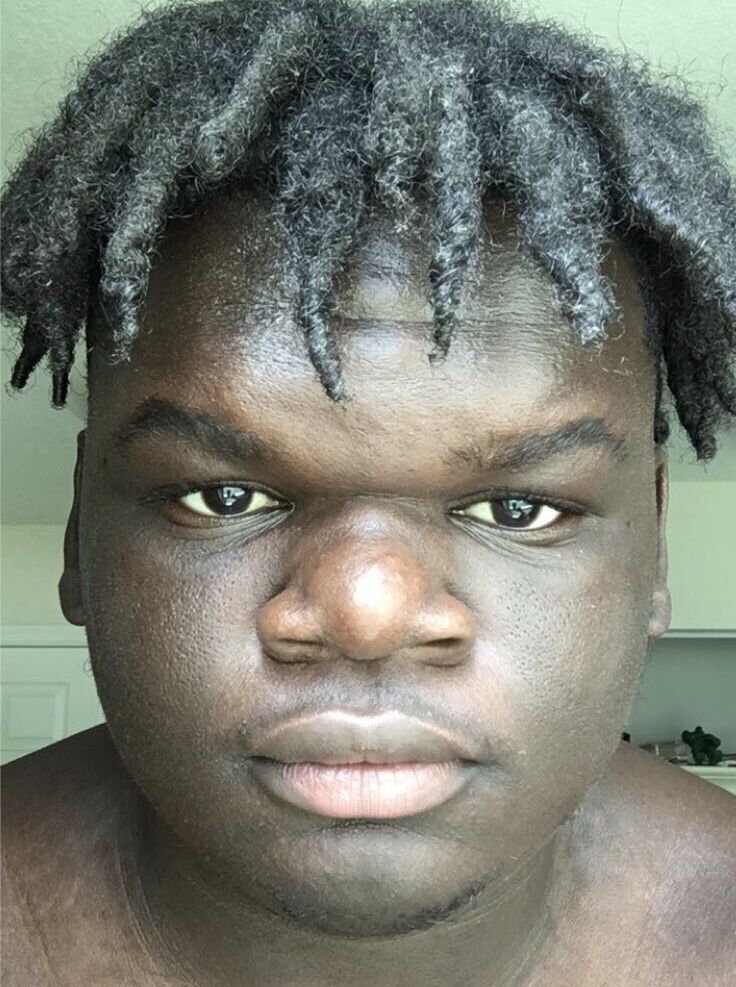 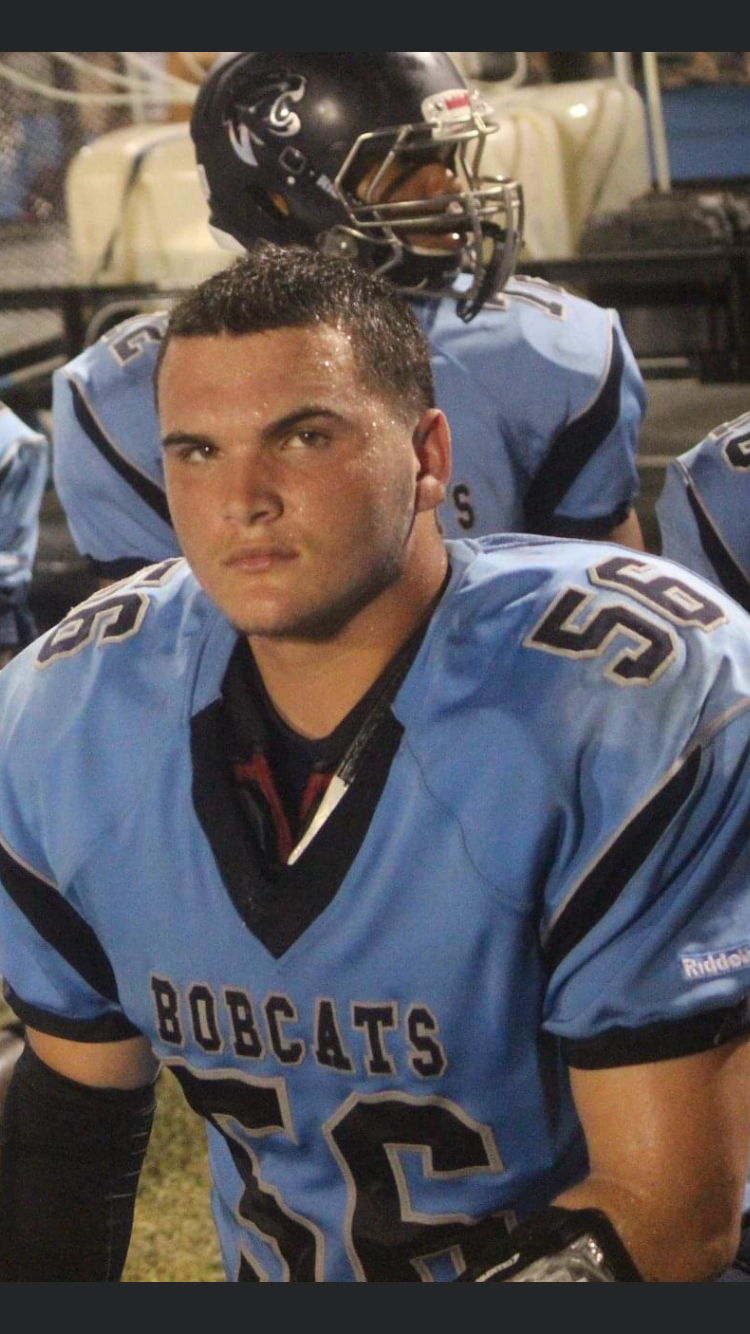 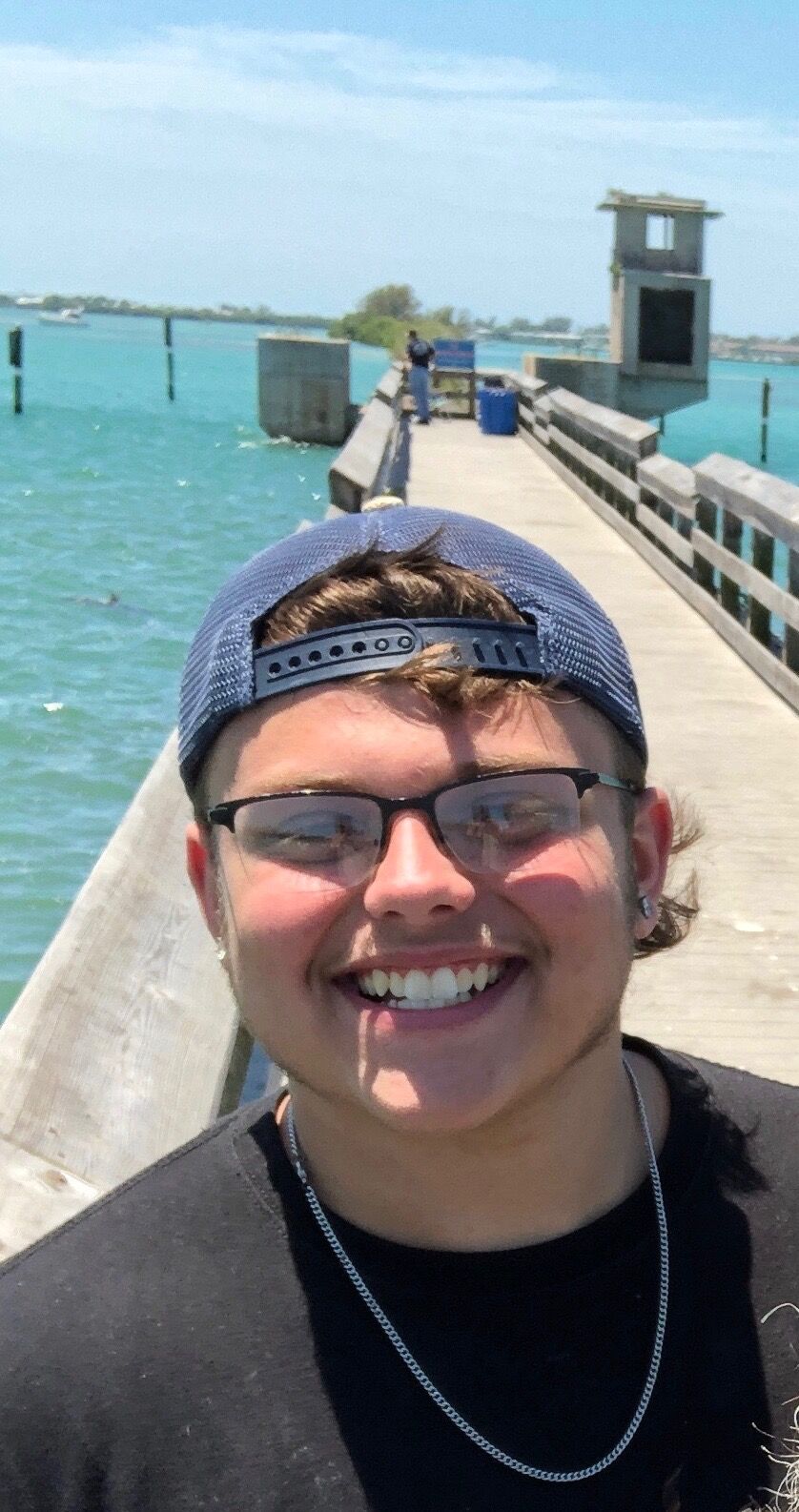 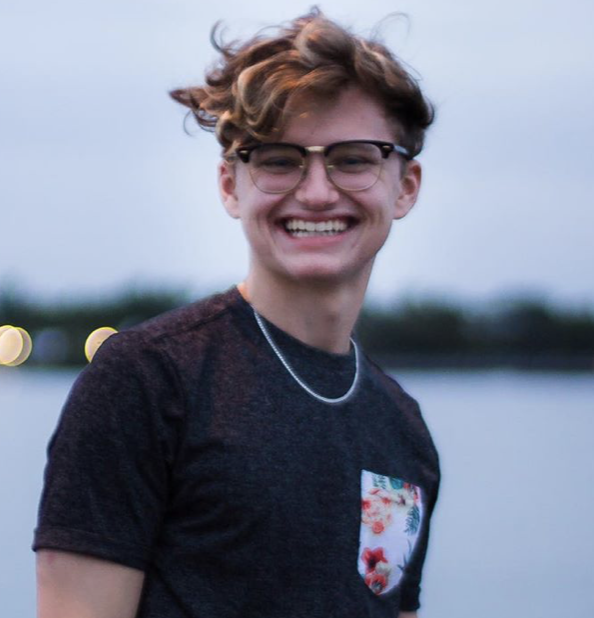 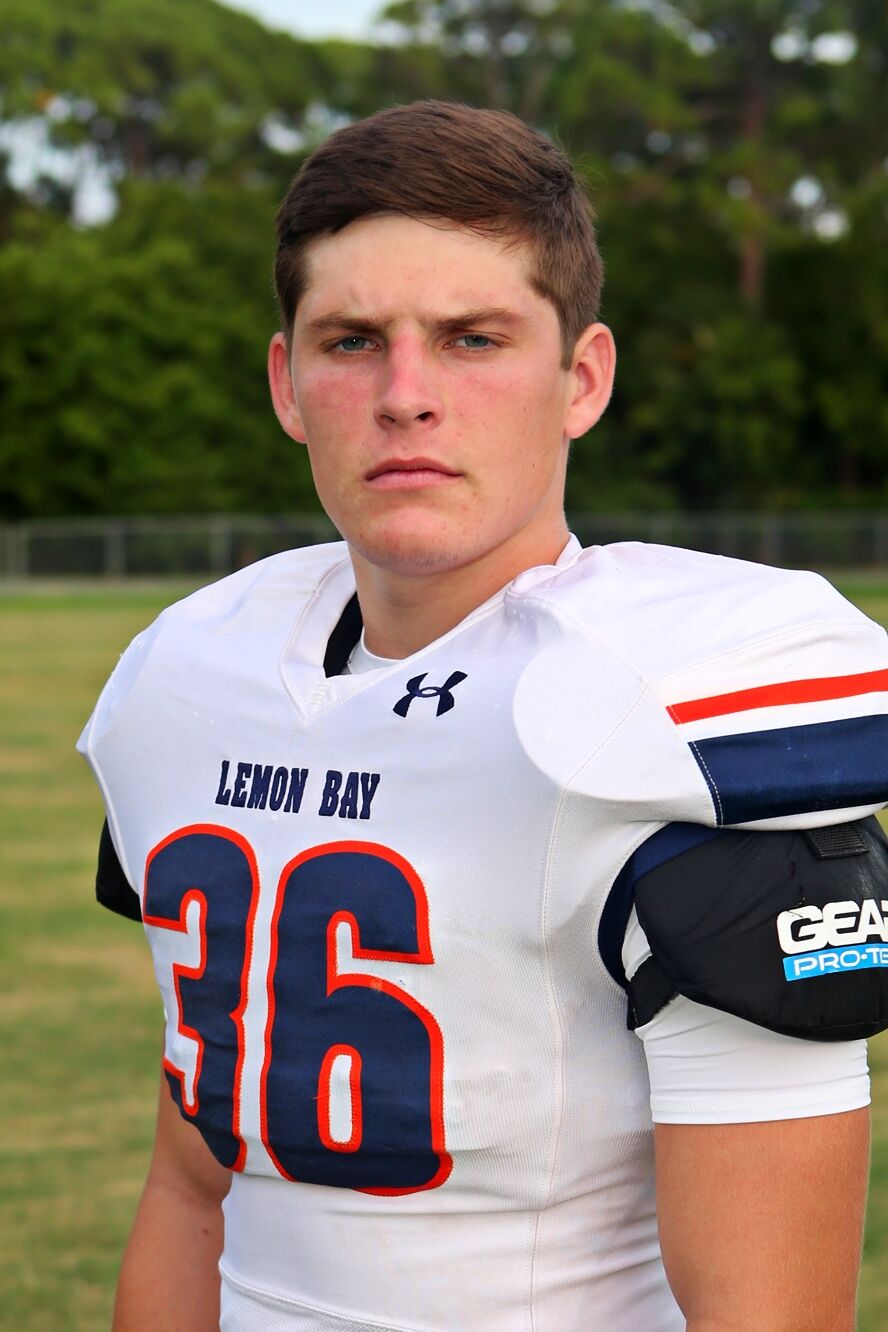 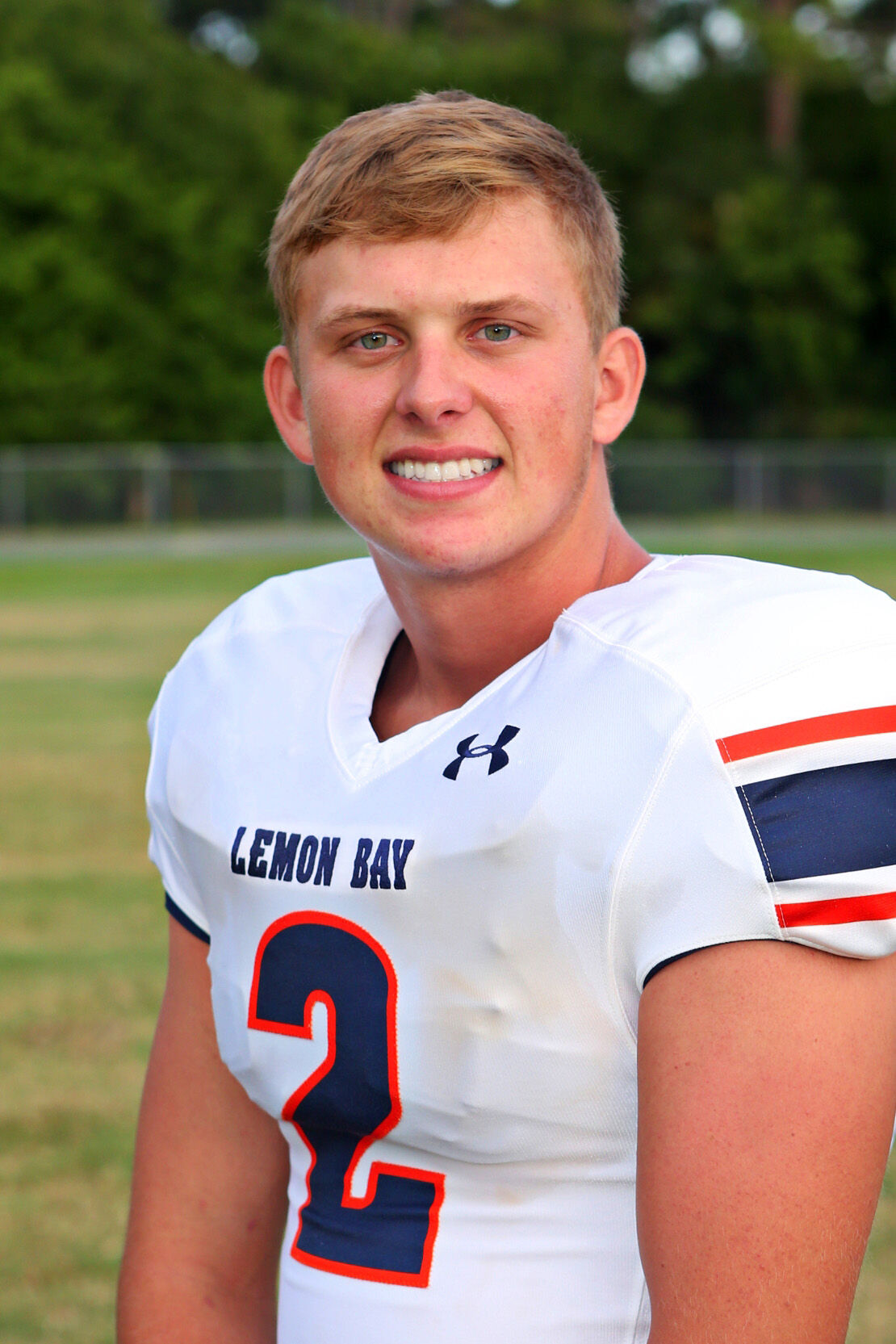 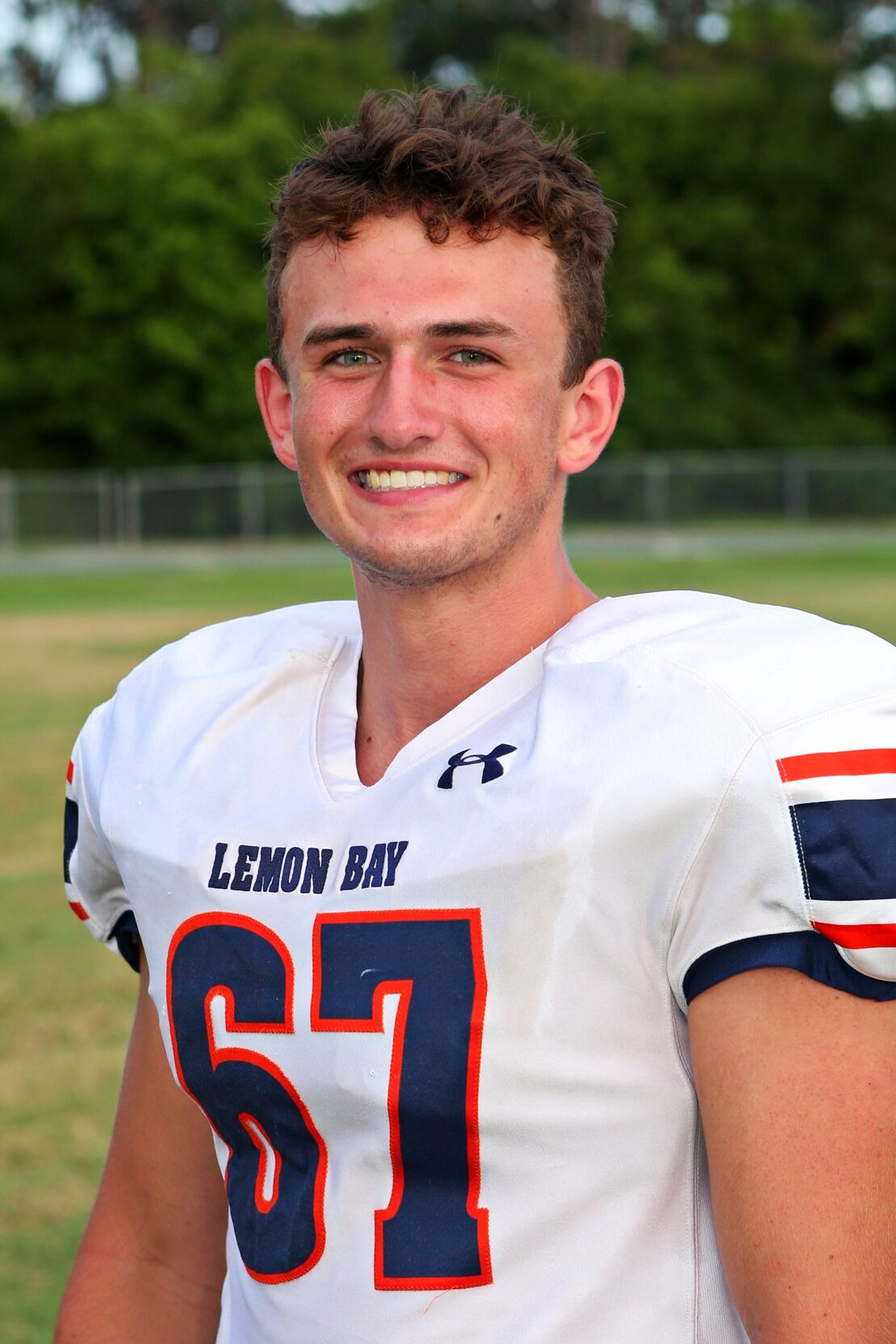 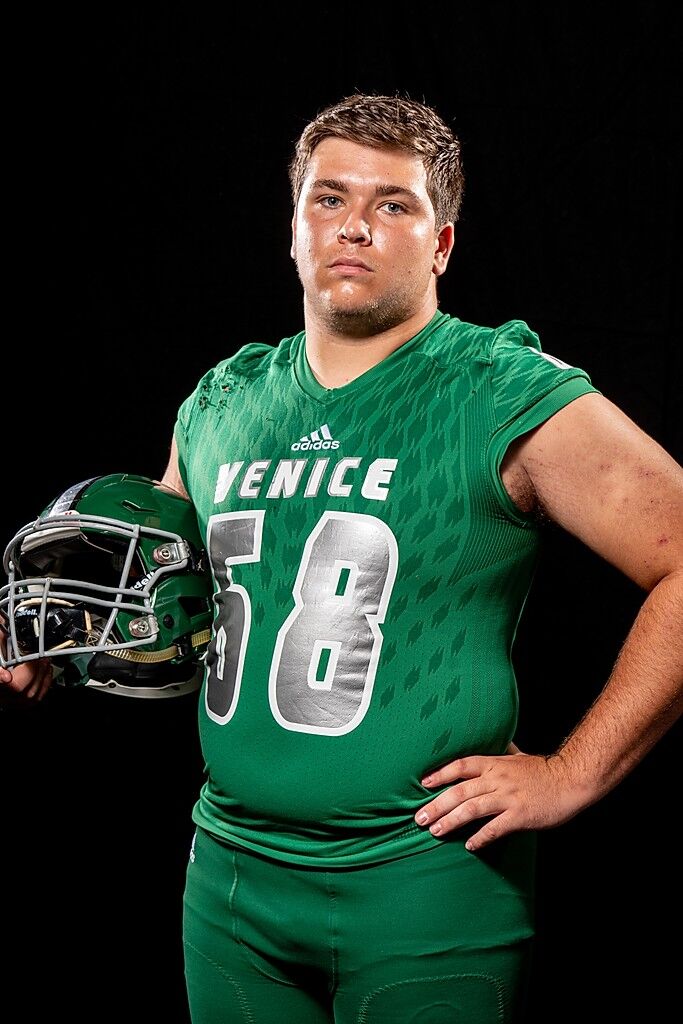 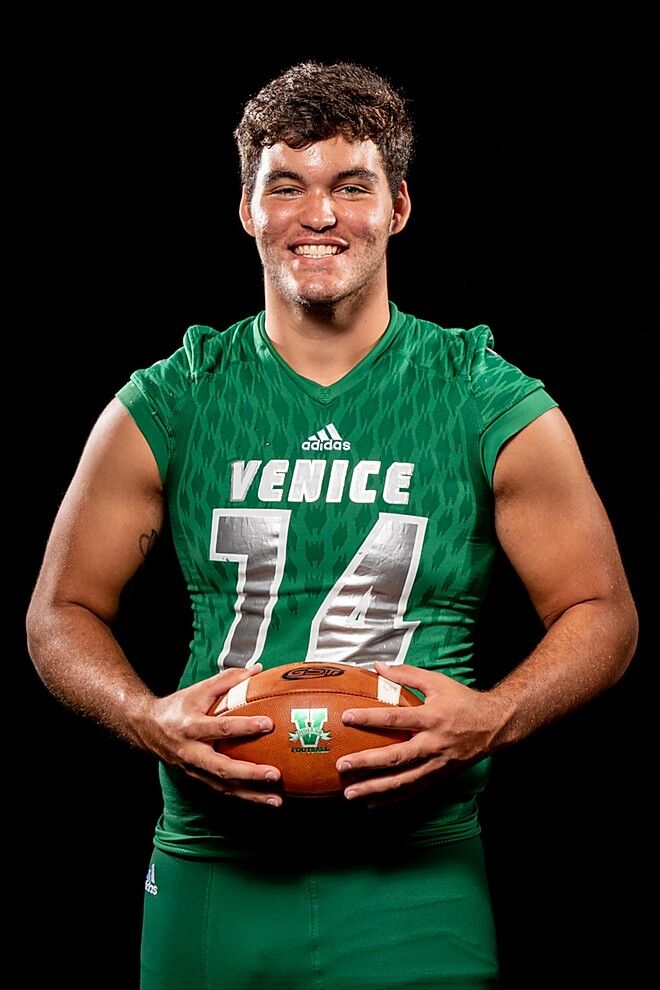 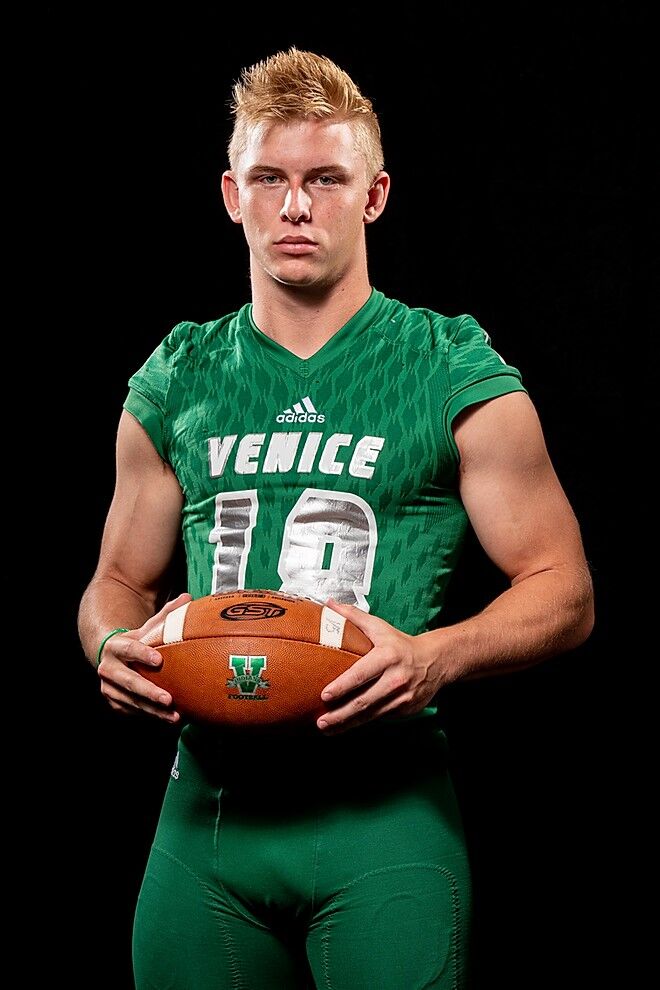 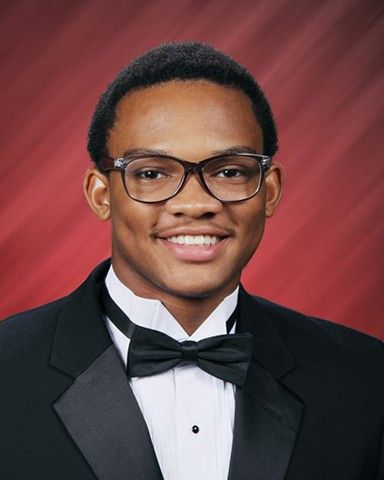 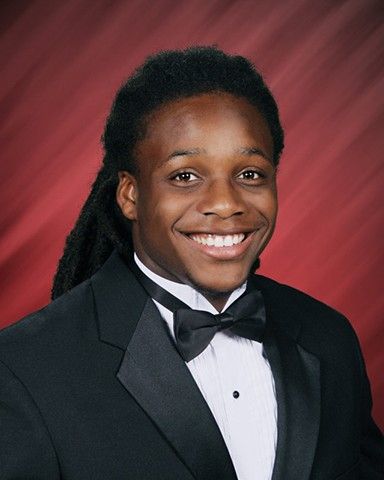 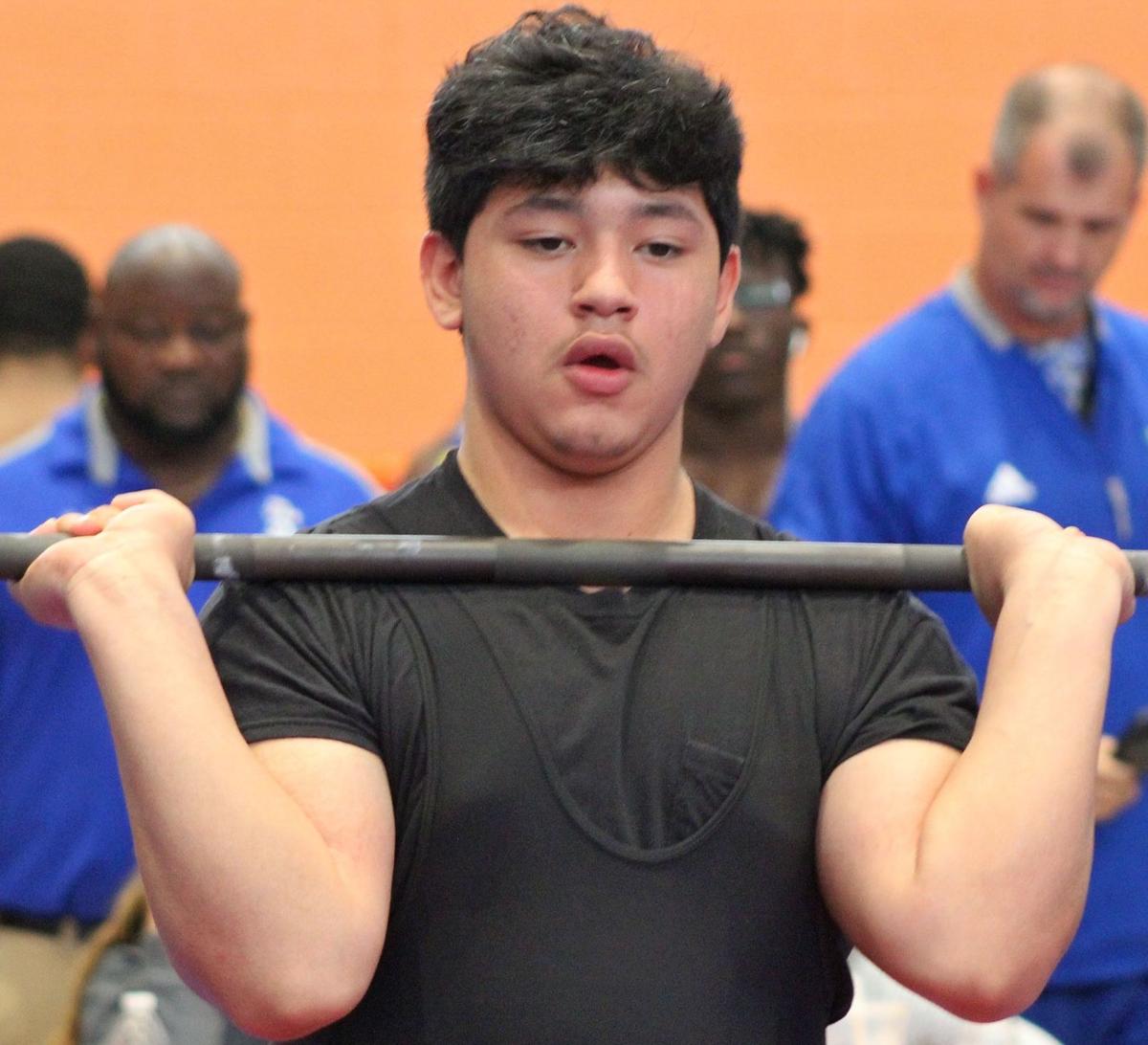 Blas Cervantes was on pace to build on a regional qualifying effort for DeSoto County before the season ended. 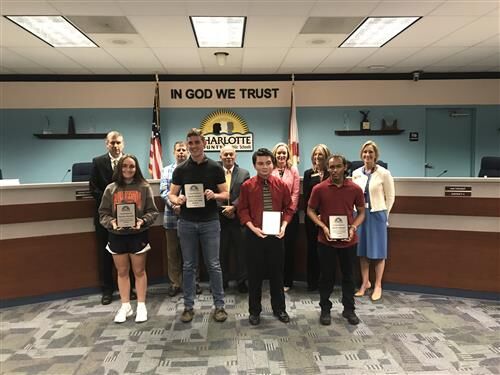 This high school boys weightlifting season was cut short due to COVID-19 concerns after it just began.

While the Sun Sports staff felt it was inappropriate to name a Player of the Year or a Coach of the Year given the brevity of the season, the athletes still deserve to be recognized for their efforts.

So, rather than naming first and second team All-Area selections, the Sun elected to combine the teams for each individual spring sport and to create one overall All-Area Team as our way of honoring these athletes and, in particular, the seniors who missed out on their last chance to compete at the high school level.

The cancellation of the season was particularly disheartening for the Tarpons, who had what many considered one of their strongest rosters in years and had several lifters in position to qualify for the state tournament. Jaden Opalach in particular was in contention for his first state title after a runner-up finish last year.

The Pirates also had some lifters with high hopes for the postseason as two 2019 state qualifiers in Jakobe Morgan and Ja'Nyrein Washington had returned for another season.

Venice, which won its first district and regional titles last year, had some strong lifters back again, including Zach Younts -- who finished fourth at states last year and had already added 45 pounds to his total this year. Meanwhile Lemon Bay had a promising returning regional qualifier in Preston Van Dine.

North Port and DeSoto County had some promising young athletes, too, as Gabe Rodriguez and Evan McFarlin gave the Bobcats strength in the higher weight classes while Blas Cervantes was trying to build on a regional qualifying year as a freshman for the Bulldogs.

Though none of these lifters were able to see their seasons play out, their hard work and early success this season set them apart.

One of the strongest lifters in the 119-pound weight class in the area, Tolliver was well on his way to a long postseason run alongside fellow 119-pounder Austin Lowe. Tolliver benched 180 pounds and lifted 170 pounds in the clean and jerk at a dual meet with Venice early in the year.

Lowe returned to the Tarpons and was showing big signs of improvement early in the 2020 season, benching 180-pounds and lifting 175 pounds in a first-place finish for his weight class in a dual meet against Venice.

A state runner-up in the 139-pound weight class in 2019, Opalach could have been in contention for a state championship this year. Though his 250-pound bench press was impressive, his 225-pound lift in the clean and jerk is what set him apart.

Bogle blew away the competition in a first-place finish in a dual meet with Venice, benching 260 pounds and lifting 225 pounds in the clean and jerk.

Kreegel was already putting up big numbers despite being just a sophomore for a deep Tarpons team. He had a total lift of 565 pounds in one of the first meets of the year, which would have made him a state qualifier in 2019.

Taylor was lifting like a heavyweight early this season -- posting a 540-pound total lift (285-pound bench and 255-pound clean and jerk) in one of the first meets of the year.

A state qualifier last year as a sophomore, Morgan looked as if he was ready to repeat by raising his total lift from 330 pounds to 380 pounds early this season.

Despite dealing with an injury before the season, Clerjuste didn't miss a beat when the year began, posting a 580-pound total lift in the opening weeks.

After qualifying in the 219-pound weight class for last year’s state tournament, Washington was getting back on track after an injury slowed him down. He had already recorded a total lift of 580 pounds — 5 pounds more than what got him a sixth-place finish at the state level.

A strong presence on the Pirates' defensive line, Martin was the heavyweight champion of the Tarpon Invite -- a tournament that included 18 schools.

A player on both sides of the line of scrimmage for the Mantas, Van Dine was one of the team's top returners after a third-place finish in regionals last season with a total lift of 465 pounds (240 pound bench and 225 pound clean and jerk).

Following up on a fourth place finish at the state championships last season, Younts was off to a hot start as he maxed out at a 580-pound total lift (325-pound bench, 255-pound clean and jerk) despite weighing under 200 pounds.

A mainstay of the Indians' offensive line for a couple of years, Peters was one of the stronger heavyweights in the area -- benching 300 pounds and lifting 245 in the clean and jerk for a 545 total lift.

After anchoring the right side of Venice's offensive line in the fall, Mort continued to add strength this spring. He was approaching a 600-pound total lift, coming 10 pounds short in a meet early this season.

One of the few returners to North Port, Rodriguez was making steady gains in the weight room before the season came to an end. He had increased his total lift to around 520 pounds and will be looking to use that strength in the trenches for the Bobcats this fall.

McFarlin was another Bobcats junior who was making strides in 2020. He had increased his bench and clean and jerk to 260 pounds each for a 520-pound total lift. He will also be expected to use his added strength at the line of scrimmage for North Port this fall.

After qualifying for regionals as a freshman, Cervantes was one of the Bulldogs' top returners to a 2020 team that lacked depth and experience. Though he was looking to take another step forward this year, he'll have two more tries to get past regionals.