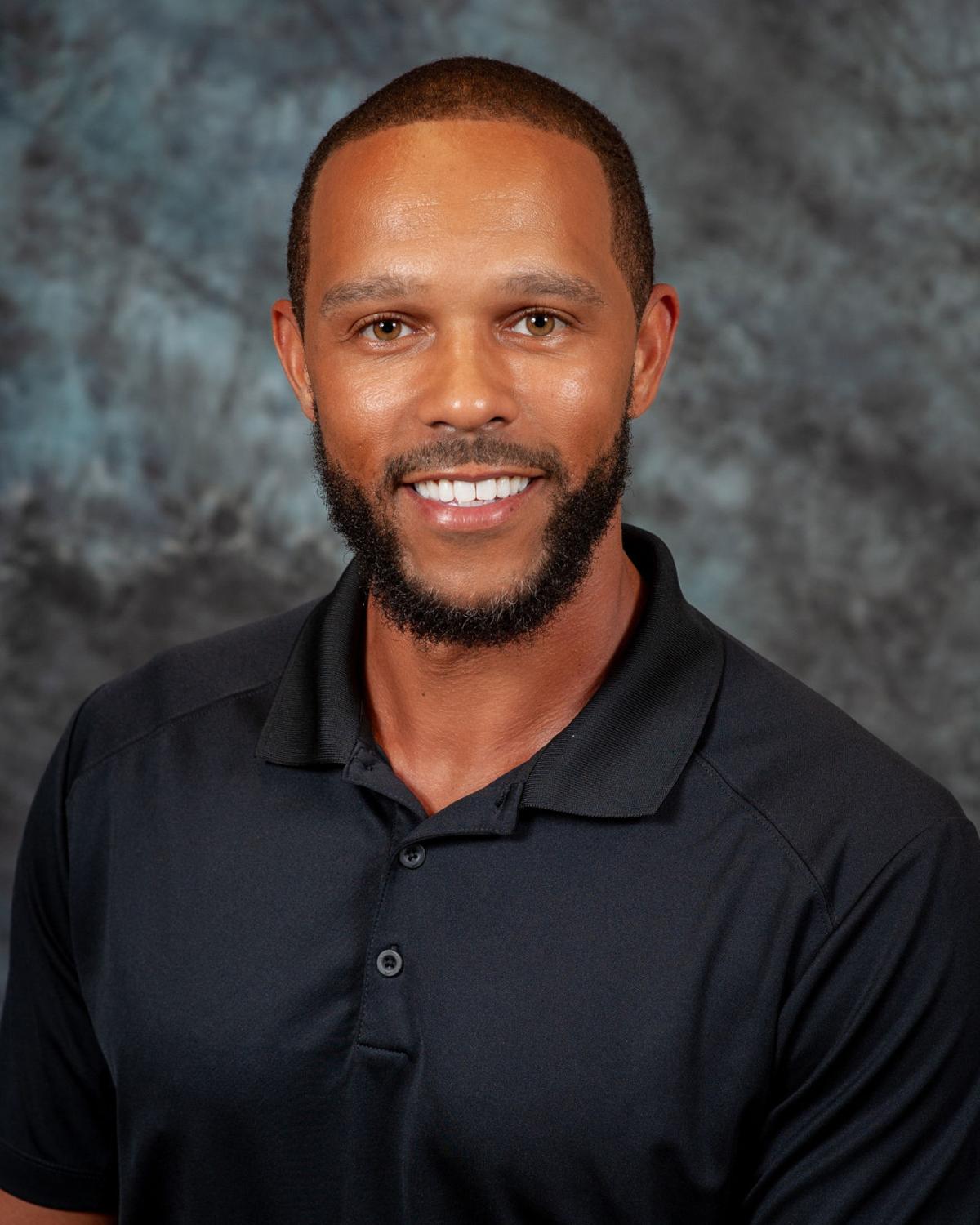 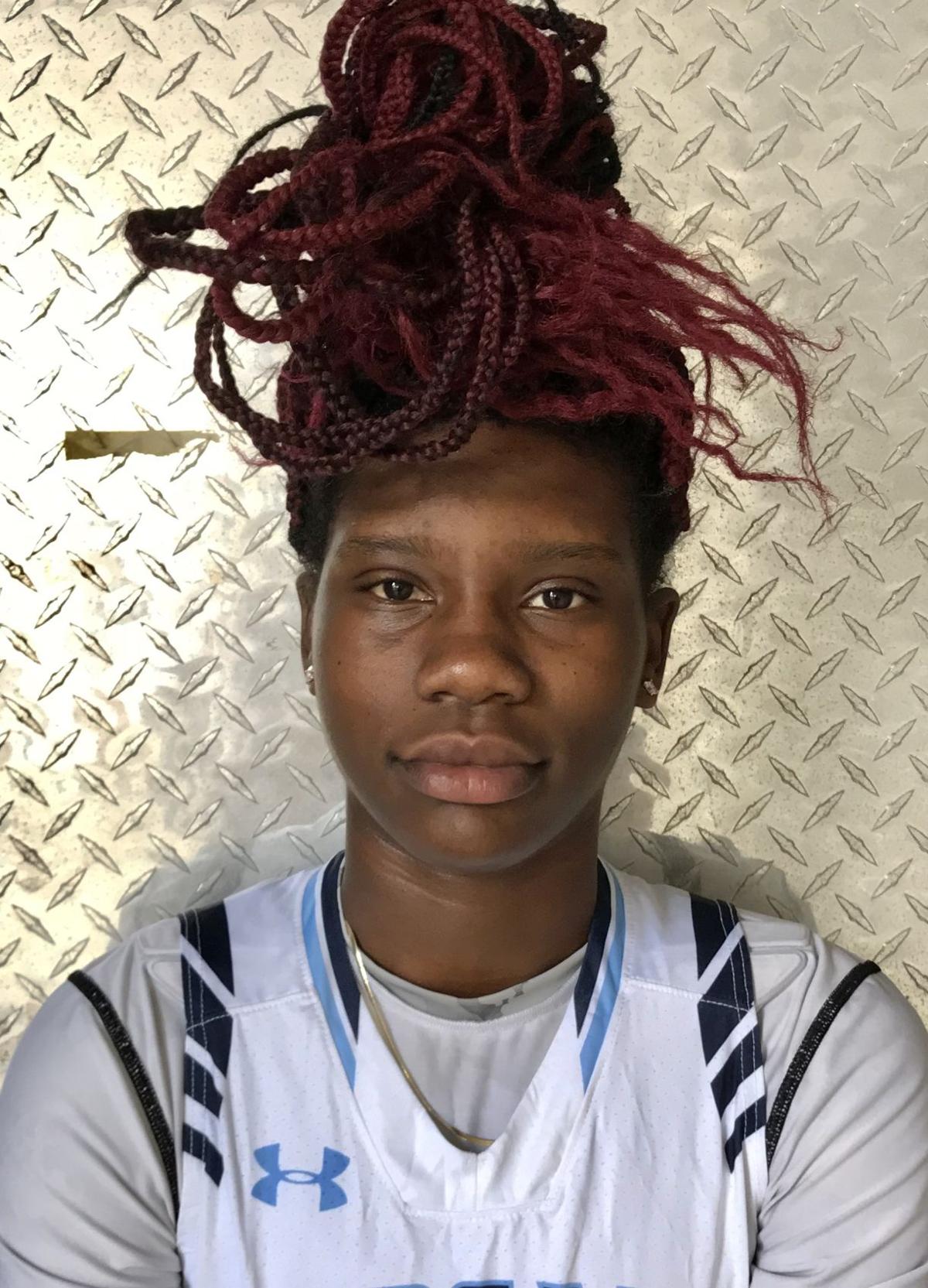 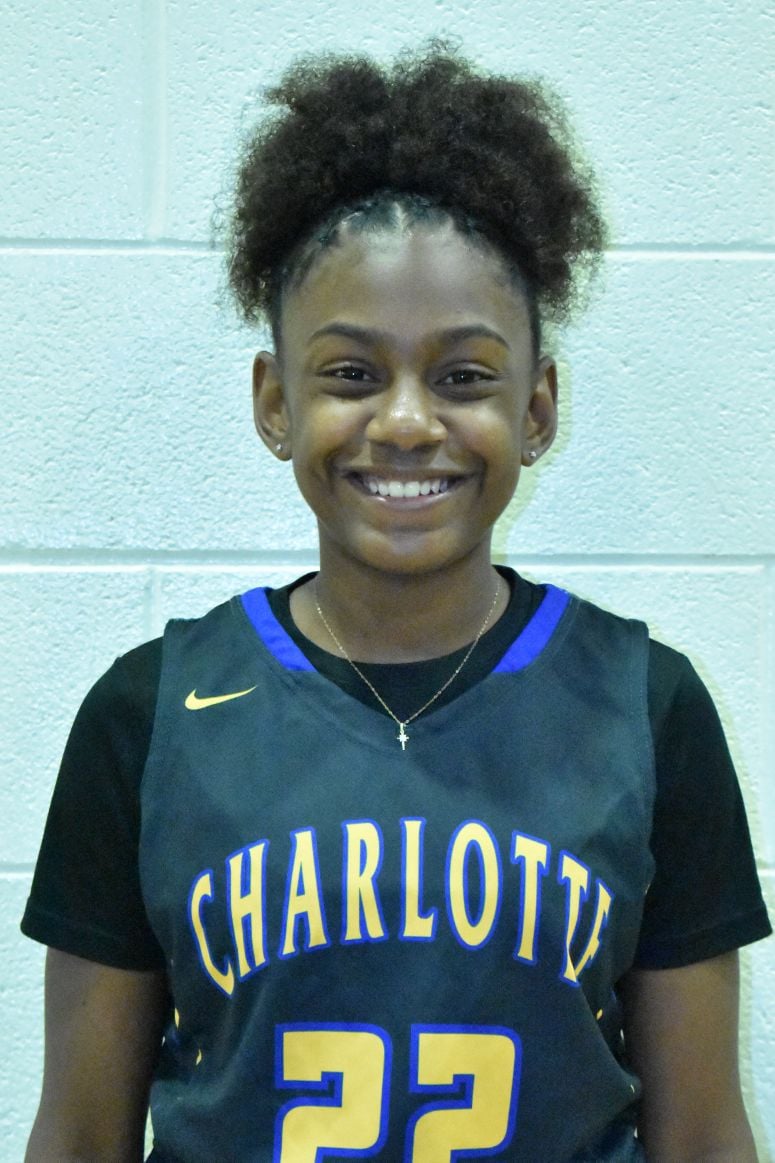 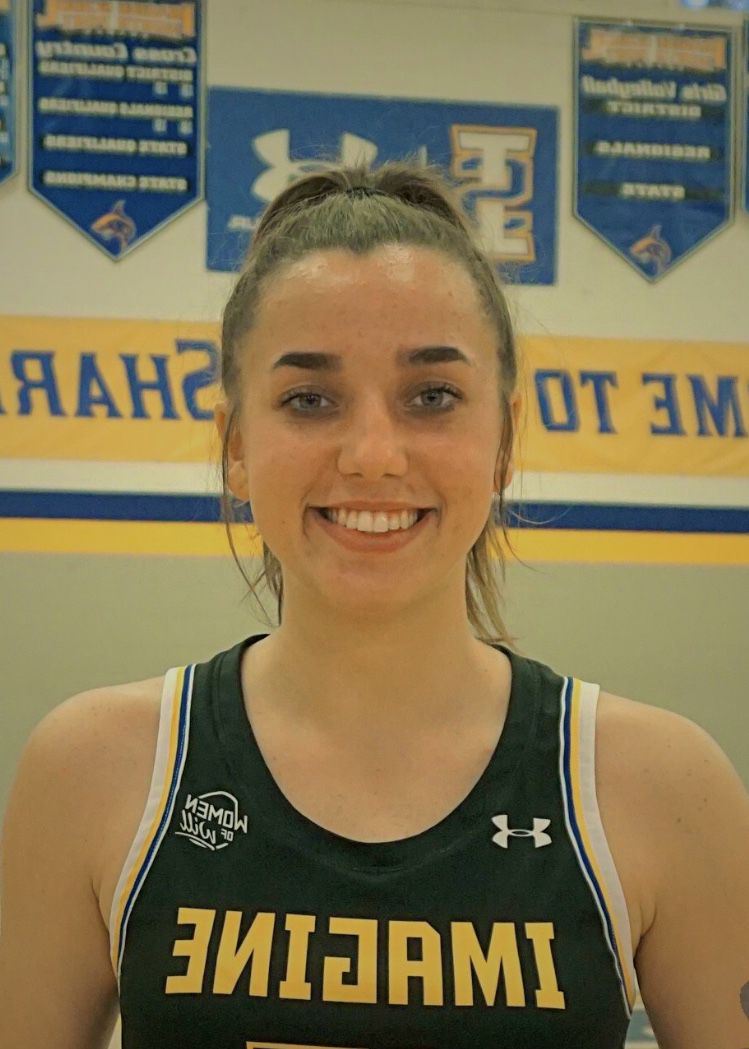 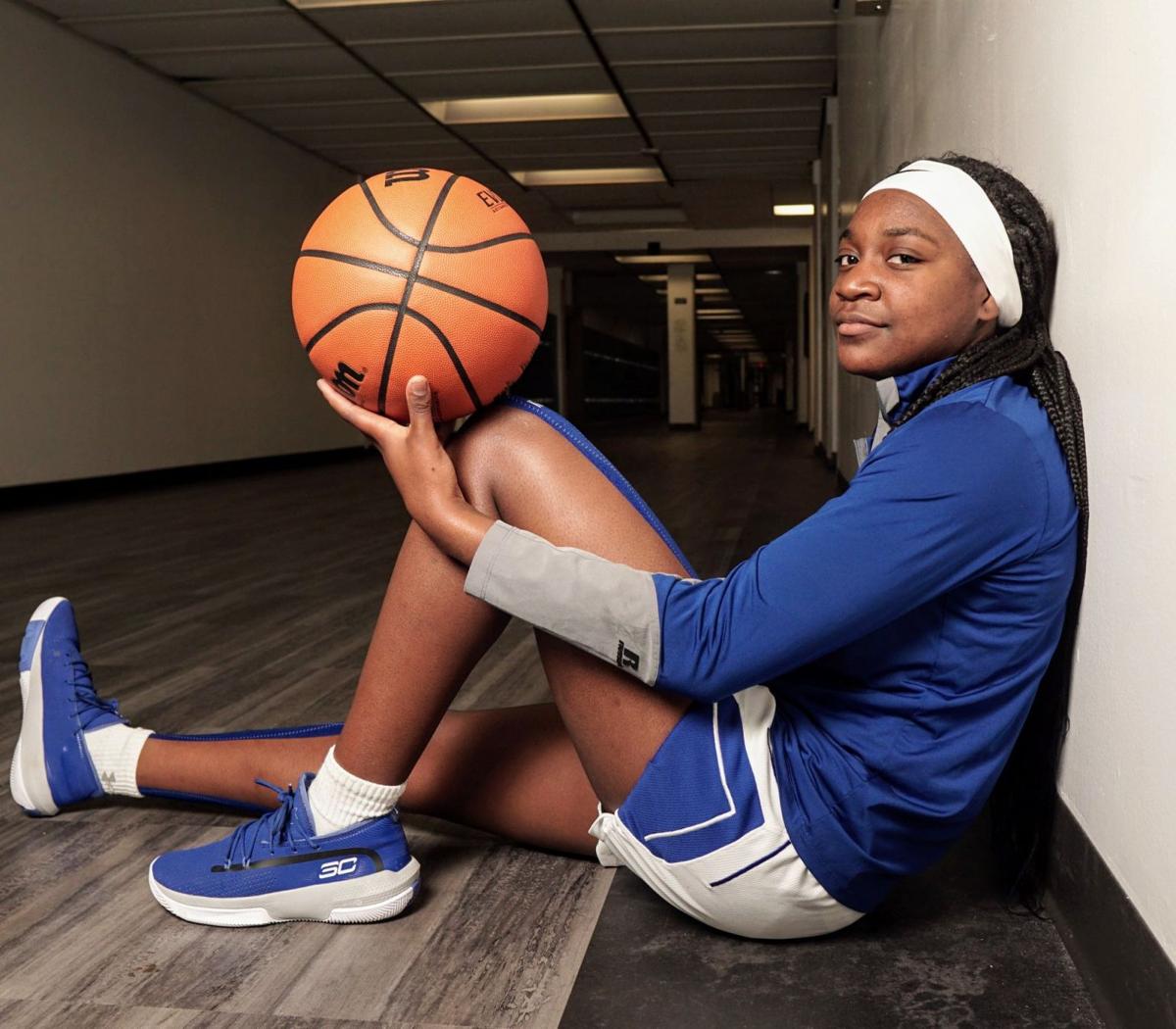 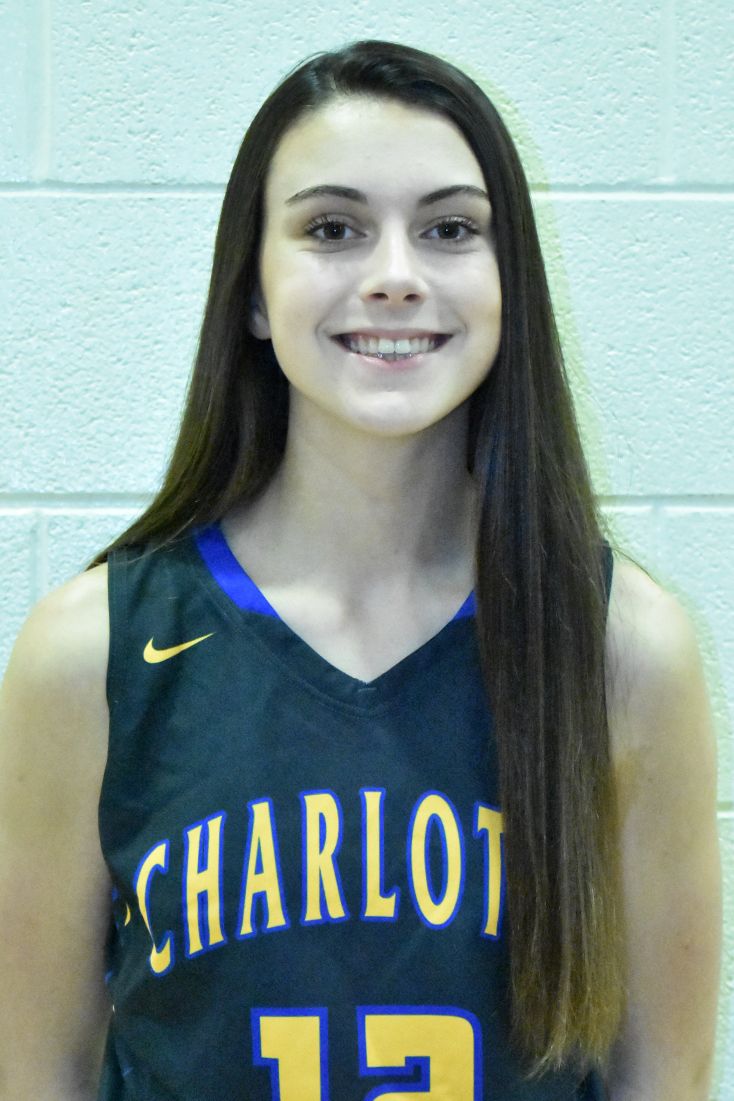 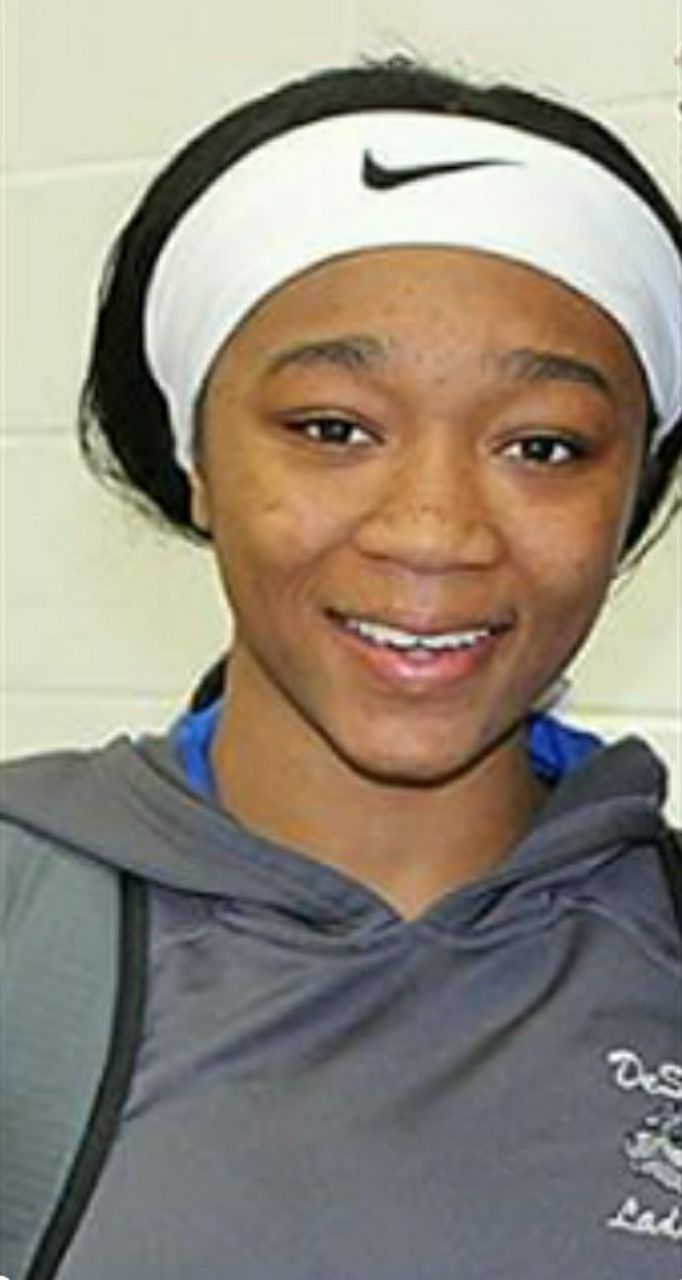 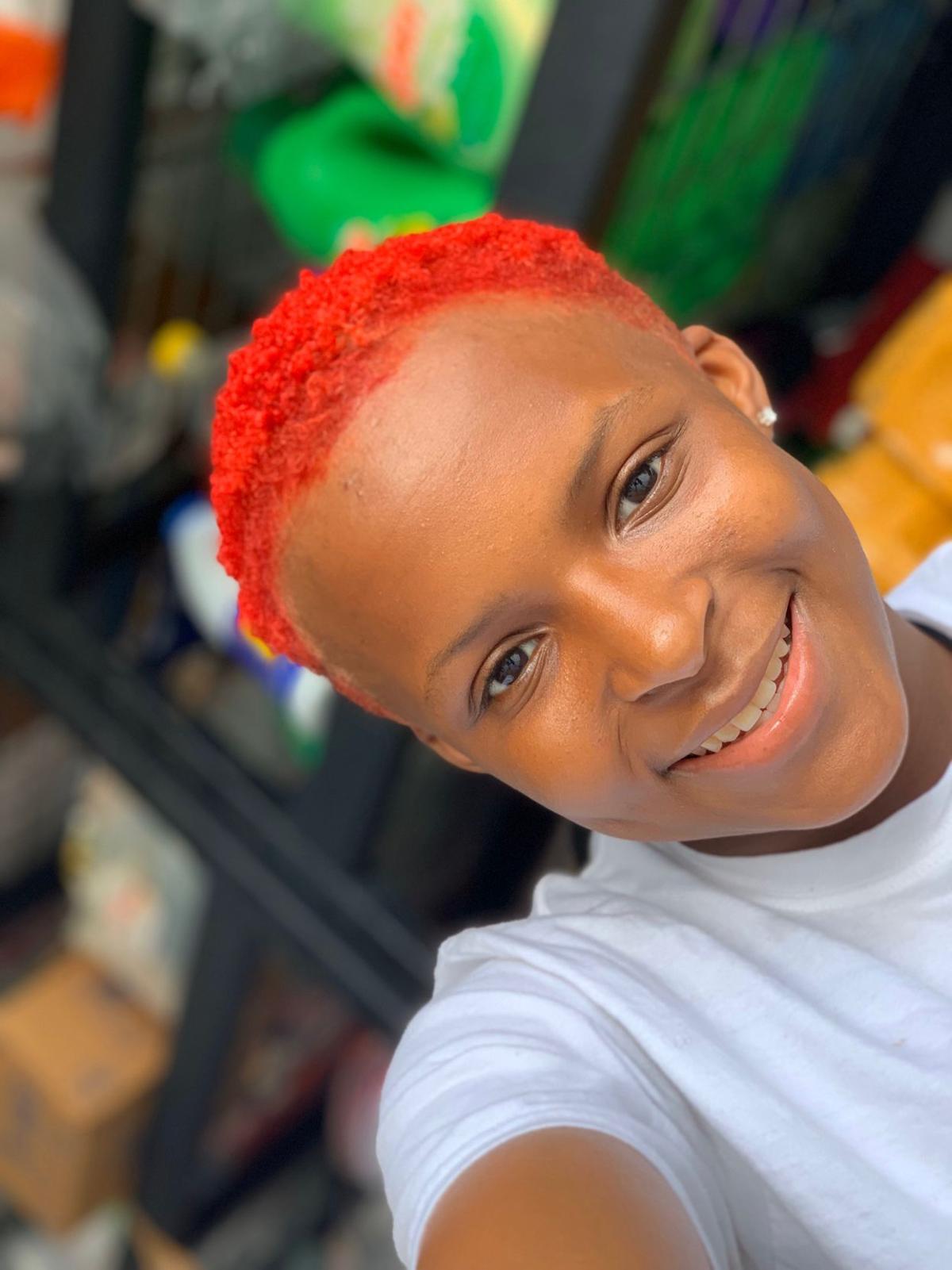 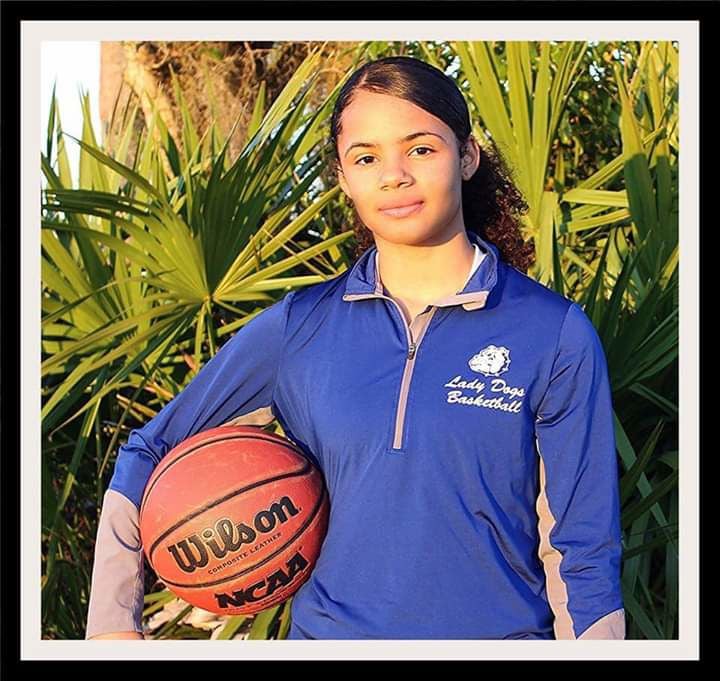 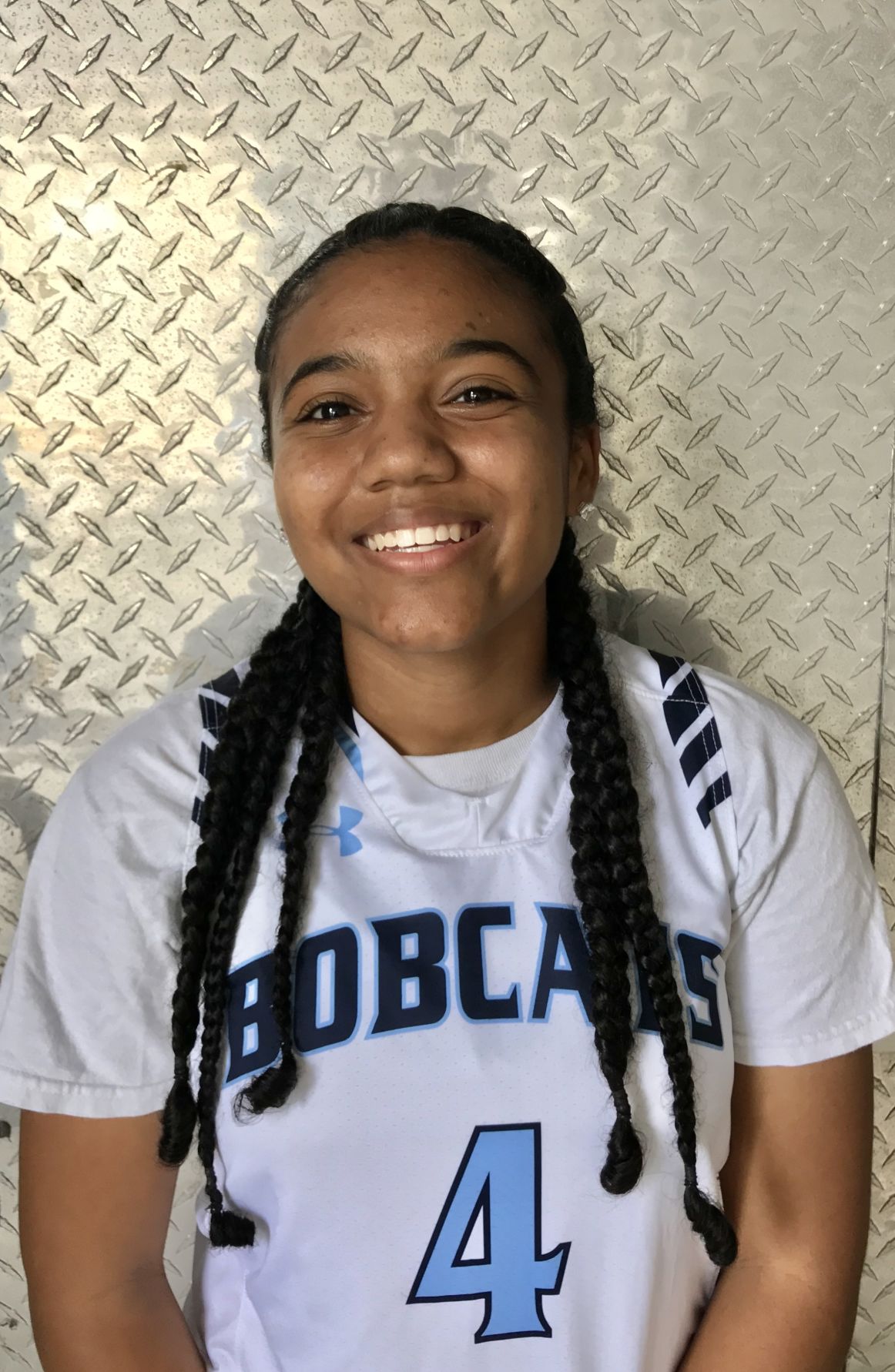 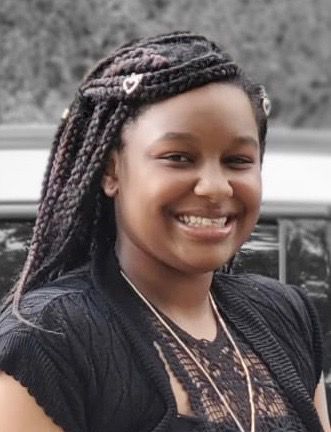 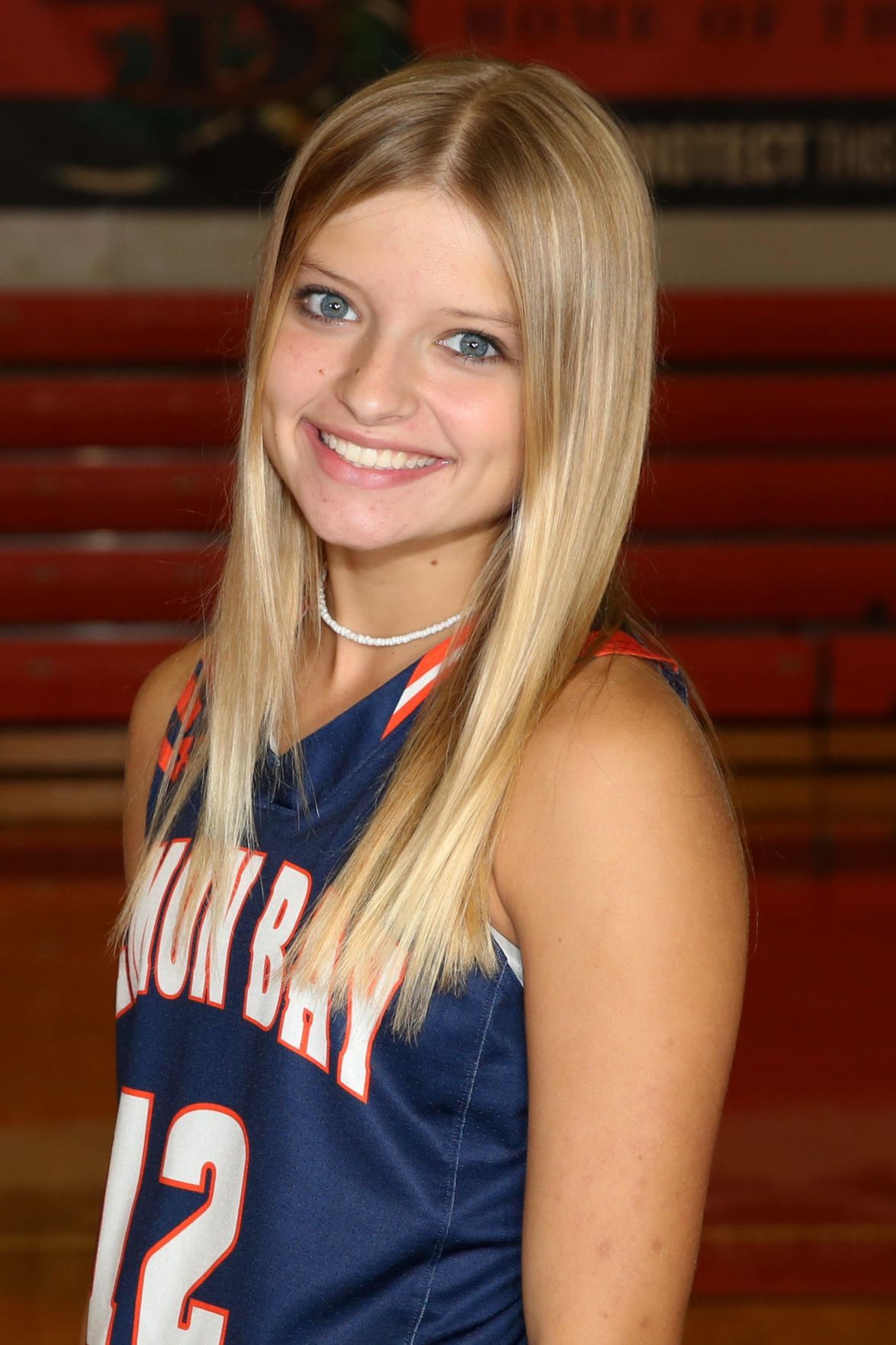 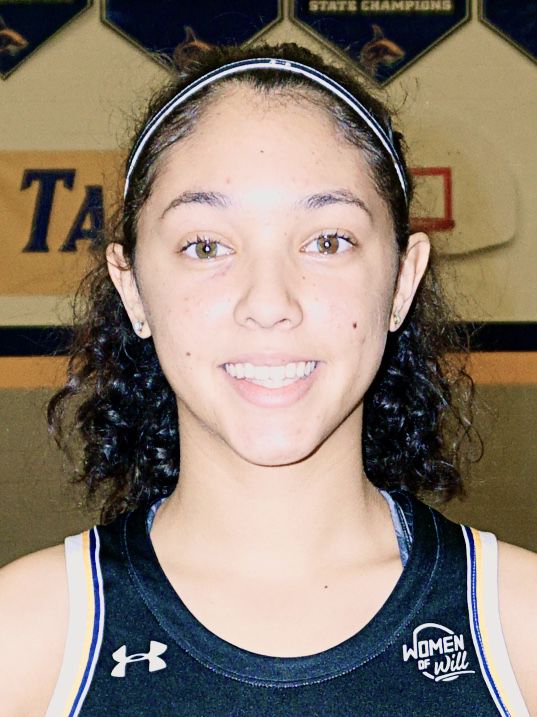 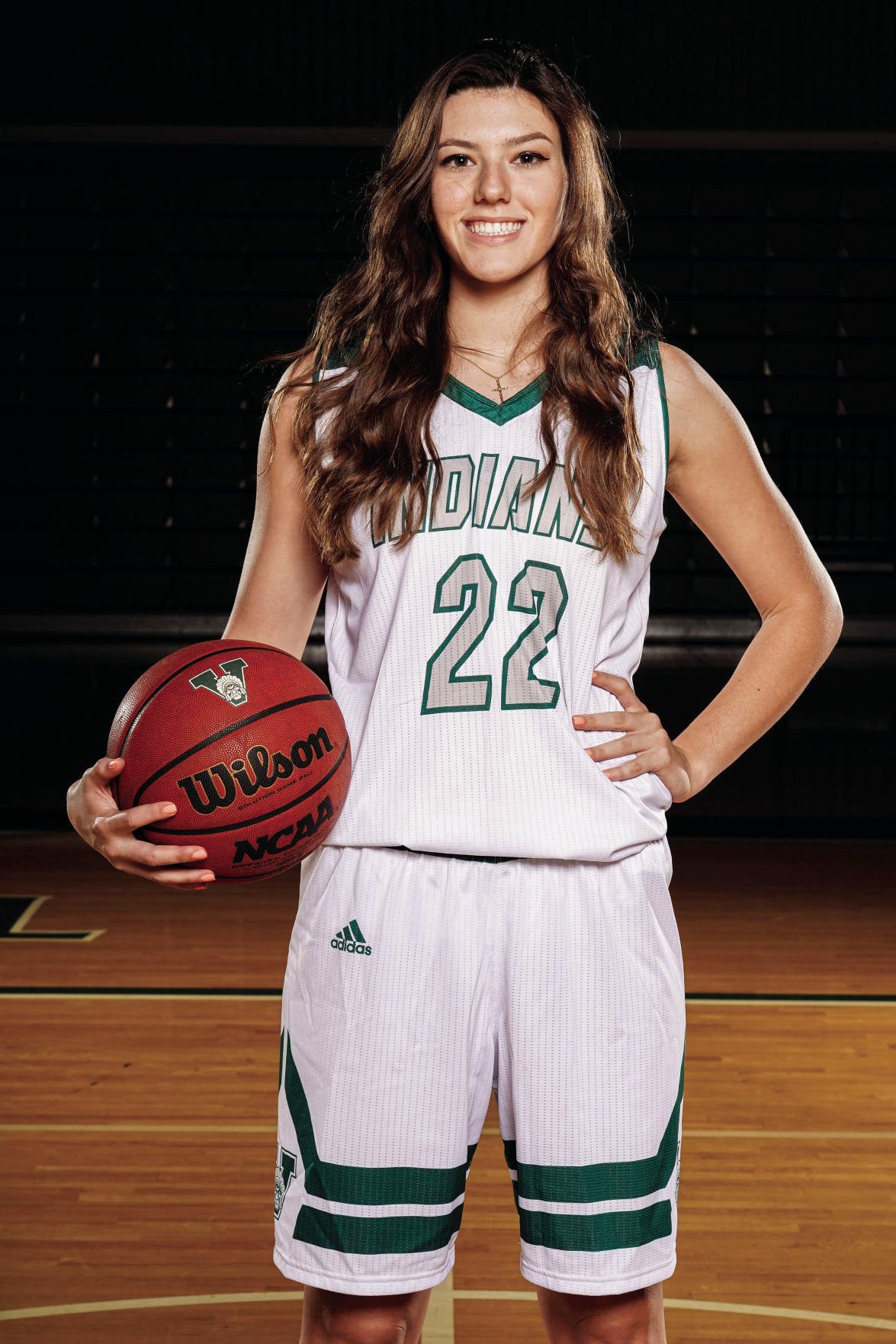 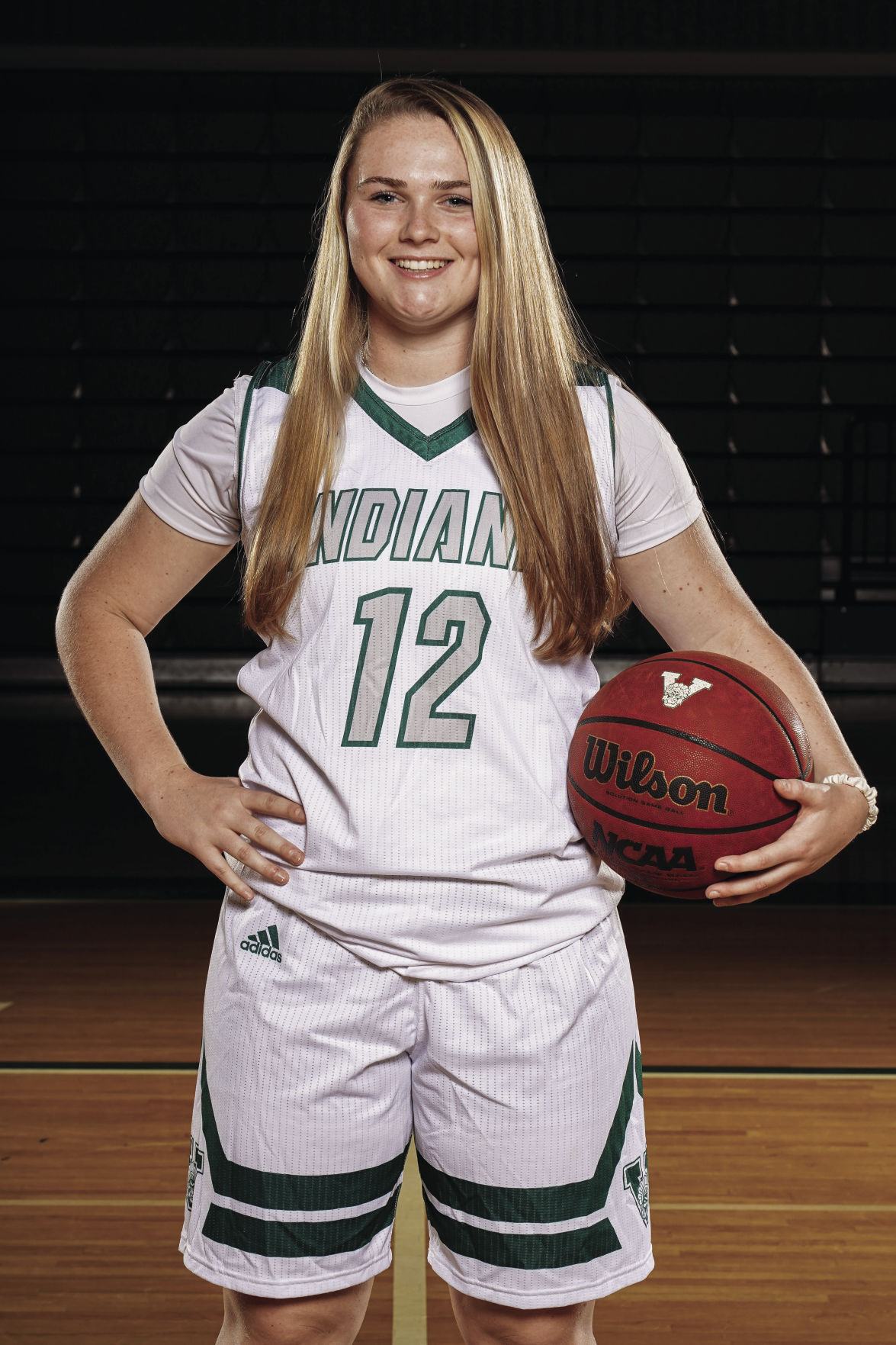 It was a breakthrough year for several high school girls basketball teams around the area this season.

The Imagine School team won the first playoff game of any team sport in school history, and then went on a run all the way to the regional championship.

Katie Klein, the Sharks’ leading scorer, is a Player of the Year finalist for her efforts. Coach Kevin Andrade, who led the team to unprecedented heights in his third season, is the Coach of the Year.

Perhaps the area’s best team, Charlotte went 21-4 in the regular season, but couldn’t get past a formidable Braden River team in the postseason.

That strong season couldn’t have been possible without point guard Ary Hicks, who stepped up as a team leader and controlled the offense in her sophomore season. She is a finalist for the Player of the Year award for her season.

After three straight losses in the district final, North Port's Emani Jefferson finally got her district championship in her senior season. She led her team in points, rebounds, steals and assists as she powered the Bobcats to a 21-7 record and regional semifinals finish. She is also a finalist for Player of the Year.

Leading a roster that was so small it couldn't even scrimmage itself, Kevin Andrade took the Imagine School girls basketball team to new heights in the 2019-2020 season. With a core group of seniors, Andrade led the Sharks to a regional final finish — upsetting two higher seeds on the road to get there — the furthest any area team made it this season. Imagine's four playoff wins were the first playoff victories by any team at the school.

Three of his players — Katie Klein, Skyelar Woods and Arianna Andrade — will graduate this spring and go on to play basketball at the next level.

A player with the athletic talents of Emani Jefferson has never before played for the North Port girls basketball team, and it might be some time before another does.

Jefferson not only became the program’s first-ever Division-I commit by signing with Wright State this winter, but she also broke the school record for most points in a career (1,819) while also being the first Bobcat to score over 40 points in a game. After three straight seasons of finishing as a district runner-up, Jefferson led her team to a district title this year.

“Emani Jefferson is the best player in Southwest Florida,” North Port coach Dale Huffman said. “She is our MVP, the heart and soul of our team. How Emani goes is how we go.

“She rewrote our record books and is the best player to ever come out of North Port High School.”

It wasn’t often that Ary Hicks lit up the scoreboard, but she almost always made sure her teammates did — eclipsing double digit assists several times as she directed the Tarpons' offense on the way to a regional semifinal finish.

Along with handling point guard duties, Hicks was also a fierce defender as she forced several turnovers that led to buckets for Charlotte.

“Ary had a great sophomore season, really making the team go with her court vision and play-making ability,” Charlotte coach Matt Stephenson said. “She also took on more of a leadership role for us as the point guard and team captain.

“Ary finished the season ranked 18th in the nation in assists.”

For several years, Katie Klein has been the go-to player for the Imagine School girls basketball team when it needed a bucket. This year, she did it during the regular season and in the playoffs, leading the Sharks on a run to the regional final.

Along with Klein's shooting, her superb ball-handling, driving and court vision allowed her to take some games over and help keep her teammates involved as the Sharks became one of the top teams in the area.

"Katie is a very special young lady," coach Kevin Andrade said. "She's had great accomplishments in her career that we all proud of. But what I'm most proud of is the great friend, leader, teammate and person she is. We are grateful to have been part of her journey."

Leading a roster full of freshmen and sophomores, Ta’Nyah Smith was the de-facto leader as the team's only senior starter. She handled the role with poise, putting the team on her back several nights in 20-plus point games. She led the Bulldogs to their first winning season in seven years and a finish as district runners-up.

“Ta’Nyah’s basketball abilities and on-court IQ are superior,” DeSoto County coach Ardine Primus said. “But as a coach, you always want that to transfer over into team leadership. She truly raised the level of play of my freshmen and sophomores.

“Ta’Nyah was able to adjust her game to my offense, which can be a challenge for a senior player with a new coach. She is a true champion in my book.”

While Ary Hicks worked to create good looks for her teammates, that often resulted in passes to an open Bella Desjardins — the team’s best shooter.

She was not afraid to let it fly, shooting an average of eight 3-pointers per game and making them at a 35-percent clip.

“Bella’s sharp-shooting was a great asset for us, leading us in scoring,” Charlotte coach Matt Stephenson said. “She stepped up her on-ball defense this year and was more vocal, being a junior captain.”

Though Ta’Nyah Smith was the leader and MVP of the Bulldogs, the team’s successful turnaround wouldn’t have been possible without young players such as Zeri Tyler.

Averaging a double-double for the season, Tyler gave DeSoto County a much-needed presence in the post as she helped pull down boards to give her teammates second looks.

“Zeri is a fearless freshman who enjoys the challenge of playing at the varsity level,” Primus said. “She is always willing to learn new techniques and put in the extra work to compete with any opponent.

“I look forward to Zeri taking her game to higher levels next season.”

Port Charlotte was a young squad this season, but Sharina Hudson gave the Pirates all the leadership they needed. She controlled the offense and defense, dishing out the most assists and averaging nearly 5 steals a game. She also was the team's best scorer, coming up with some big shots late to help the Pirates reach the district final.

“Sharina Hudson is a rare athletically gifted player who has only scratched the surface of her potential,” Port Charlotte coach Mike Progl said. “Hopefully she gets to continue on with her basketball career and development in college. She definitely has the ability to do so.”

This season represented a return to basketball for Sadie Kluner, a finalist for the Sun's Player of the Year award in volleyball. The 6-foot-2 senior had played the sport growing up, but gave it up in high school to focus on volleyball.

She started from the opening week as she gave Venice much-needed height and rebounds down low. Kluner finished the year averaging 8 points and 11 rebounds per game.

The graduation of Katelynn Hall meant the Bobcats were in need of a shooter, and Sade Romain filled that void by transferring in from Port Charlotte. She scored the second-most points on the team as she helped give North Port another weapon to distract defenses from focusing too much on Emani Jefferson.

Another young starter for DeSoto County, Trenity Morales gave the Bulldogs enough weapons to keep up with most teams. She showed the ability to score, pass and defend while controlling the offense alongside Ta'Nyah Smith.

It was a rebuilding year for the Venice girls basketball team, but it found a gem to build around in Kiley Poole. The junior was the team's best and most reliable scorer, raining down 3's and taking opponents to the rim.

The Lemon Bay girls basketball team went as Katelyn Ziarnicki did this season. Not only did she get her teammates involved as the point guard, but also led the team in scoring — making 47 3-pointers this year — including a career-high 29 in a win over Port Charlotte.

The performance of Bryanna Griffiths came as a welcome surprise for the Port Charlotte girls basketball team this year. Called up from the junior varsity team in the opening weeks of the season, Griffiths flourished as a player in the post, nearly averaging a double-double while leading the team in rebounding.

With such a small roster, the Imagine School girls basketball team needed the few players it had to make a big impact. Andrade was one of a core group of seniors who did just that, averaging nearly a double-double as she gave the team some size and rebounding down low. Andrade also excelled on defense, leading the team in steals.