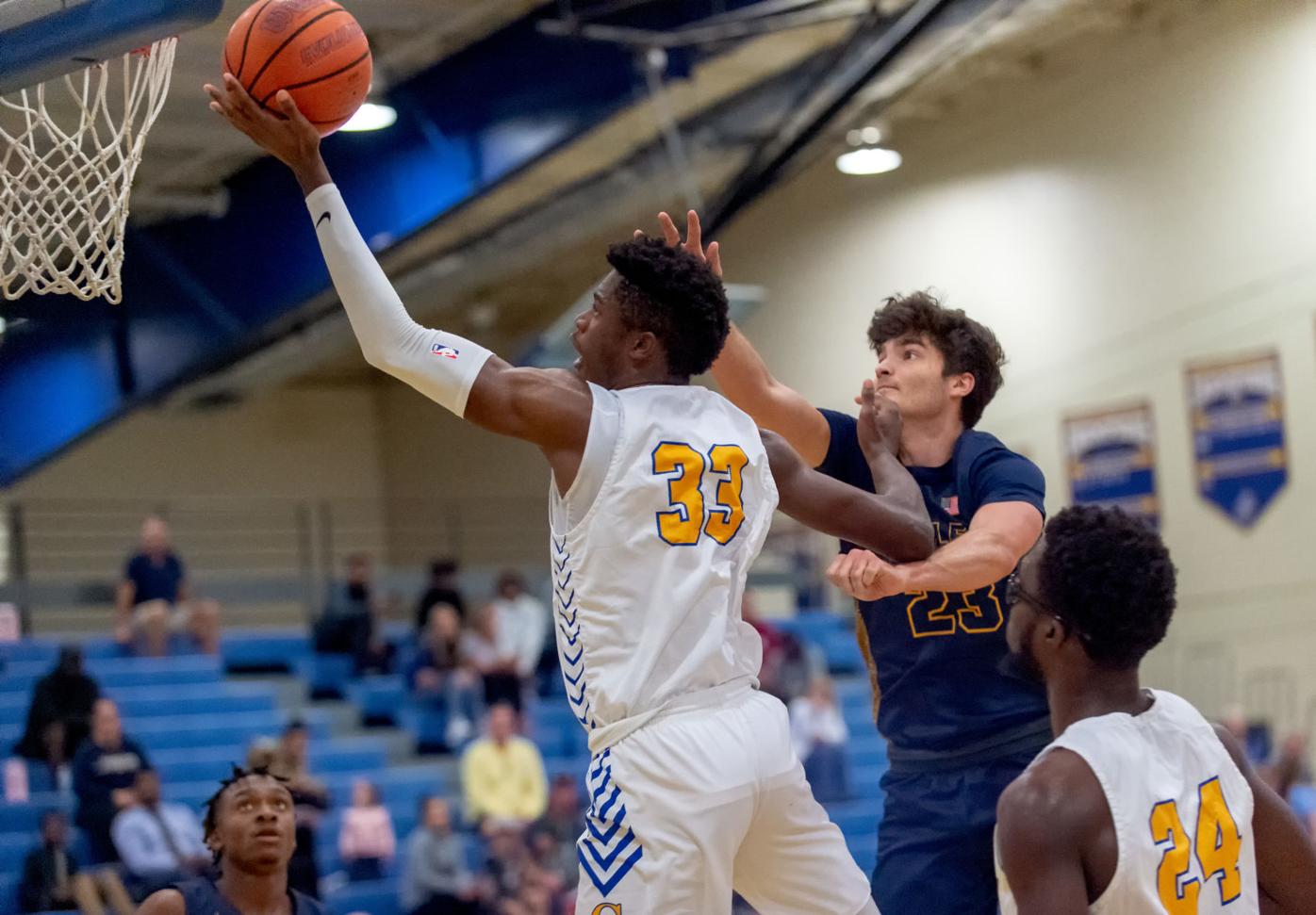 Younger players, such as John Gamble (33), give Charlotte High depth and talent. 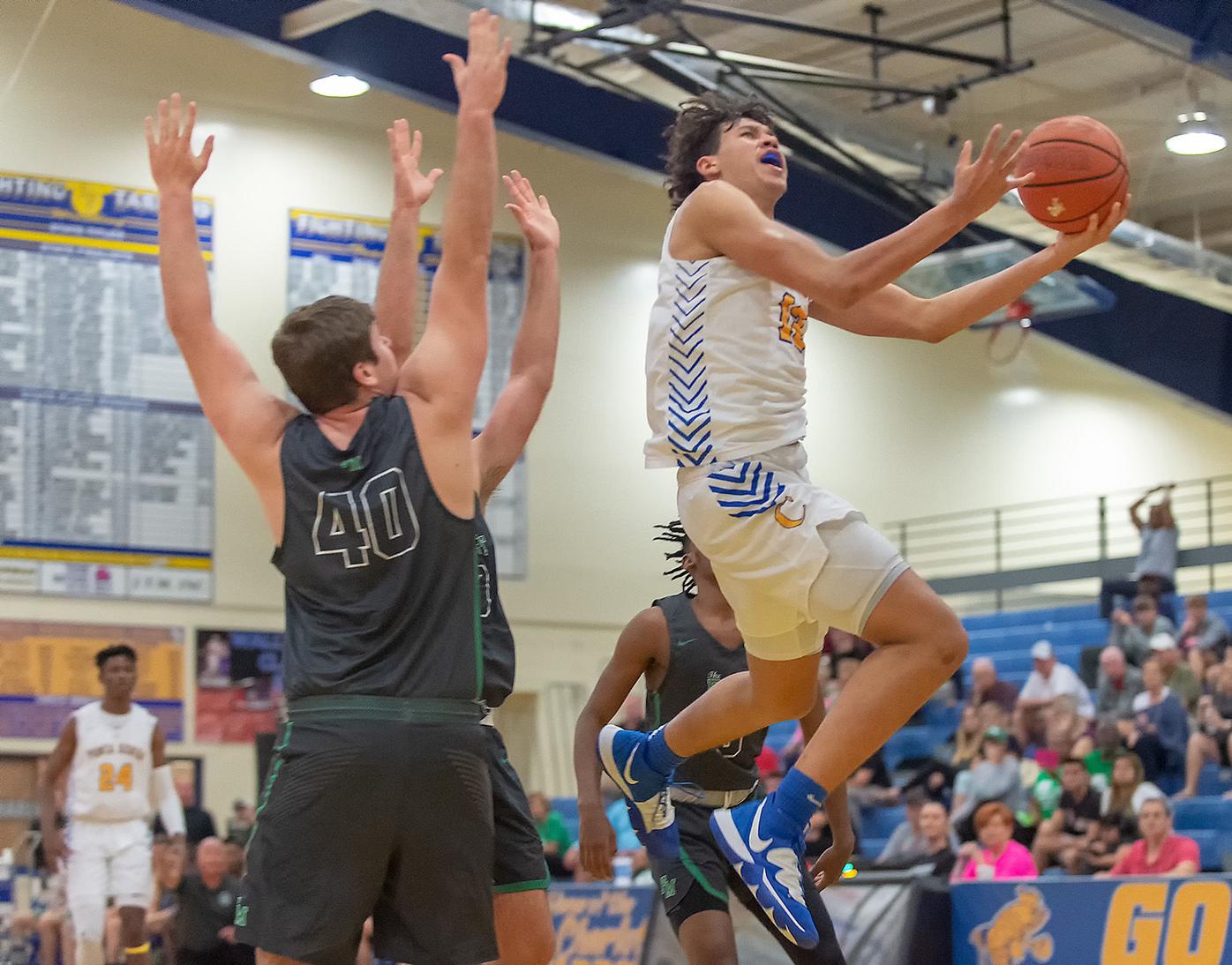 FIU commit Tre Carroll is once again expected to lead the way for Charlotte.

Younger players, such as John Gamble (33), give Charlotte High depth and talent.

FIU commit Tre Carroll is once again expected to lead the way for Charlotte.

Tom Massolio is seeing some things with this year’s Charlotte boys basketball team that he says he hasn’t seen in some time and he’s excited about it.

Given that he has been at the helm of the Tarpons for more than two decades, that should strike fear into just about everyone in the area.

The Tarpons are coming off a 20-9 season and Massolio is confident this year’s group can be even better.

“This group is a way better shooting team, one of the better shooting teams I’ve had in my 24 years here,” Massolio said. “The other thing is they really share it well. They’re not afraid to make that extra pass and get a really good look and that’s the strength of this group.”

There is something else about this group that excites Massolio as well: It’s a bigger group.

“We have great numbers,” he said. “We’ve had that in years past but this group, collectively, there’s not going to be much of a dropoff when we go from a guy starting to a guy off the bench, and I bet in some cases, it might be an upgrade.”

The Tarpons’ junior varsity squad went undefeated for the first time in school history last season. That group arrived this season with a promising mindset.

“We have a lot of those guys, a lot of pieces coming up and I thought they’d kind of sit on that and have big heads, but they want more,” Massolio said.

“We’ve done a really good job of keeping the right mindset and focus on the goals we want to accomplish this year,” Massolio said. “We know it’s a long road, a marathon, and there are going to be ups and downs, but that leadership really helps. These guys have been through the trenches.”

Carroll and Edeoda also like what they see of the younger players.

“We’ve got a lot of athleticism and long guys,” Edeoda said. “You could tell a lot of them, when they came in, they worked on their game this summer. They’ve gotten a lot better than they were even last year, so it didn’t go to their head.”

Carroll recently signed with Florida Atlantic and returns as one of the area’s top players. His game lends itself to the up-tempo transition style the Tarpons might play more this season than in years past. Carroll said the team’s overall attitude mirrors his own.

“Our goal is the state championship,” he said. “We’re not worried about stats, we’re not scared of anyone this year. We’re willing to take whatever it takes to win every game this season.”

Carroll and Edeoda — both 6-7 — pair up to give the Tarpons an aggressive inside presence that can score and trigger the Tarpons’ transition game.

“When (Tre) is in the teens rebounding, everything else seems to be really, really good,” Massolio said. “When he’s able to rebound, on offense he’s going to put it back and on defense he’s outletting the ball to a point guard, getting the ball out and pushing it up the floor.

“Nnamdi has elevated his game drastically,” Massolio added, saying Edeola is up to the task of replacing departed post Faustin Phanor. “He’s a big piece. He’s got to control the middle like Faustin did last year and while he’s not the shot-blocker Faustin was, he’s a better scorer and has a little more physical presence.”

The schedule is full of potholes on the way to the playoffs. Though COVID-19 took the high-profile City of Palms and Roundball Classic tournaments off the table, Massolio was able to fashion a slate that includes games against IMG Academy and a formidable pair of contests during a Montverde Thanksgiving tournament.

It’s not the kind of schedule that will forgive the Tarpons for early miscues as they adapt to a more aggressive game plan, but Massolio is eager to see what the end product looks like.

“We’re not worried about getting in foul trouble, no concerns there; we want to wear people down,” he said. “We’ve got the numbers where we can really get after people. It’s going to be a work in progress, so hopefully about halfway through the season, you’ll see what we’re really about.