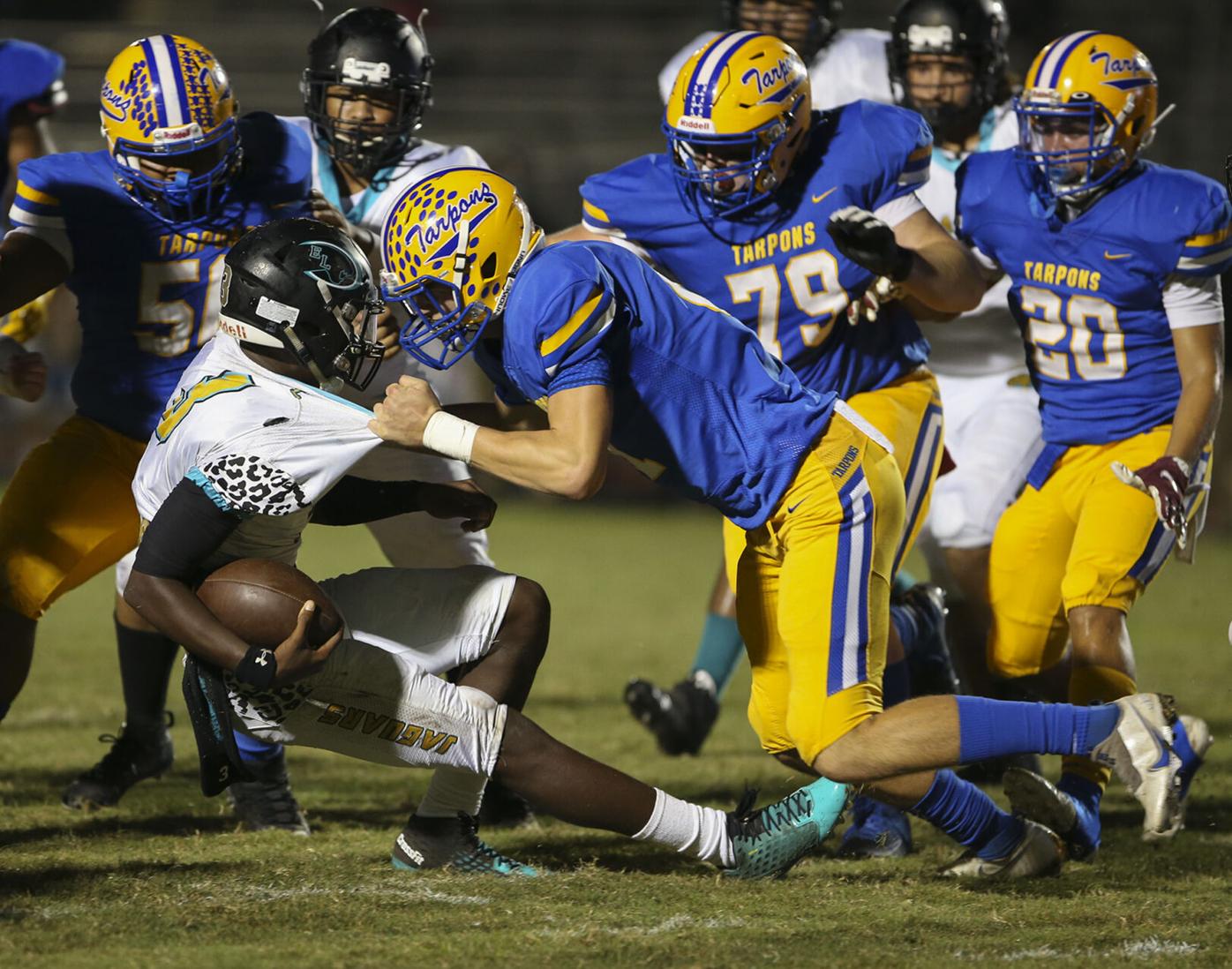 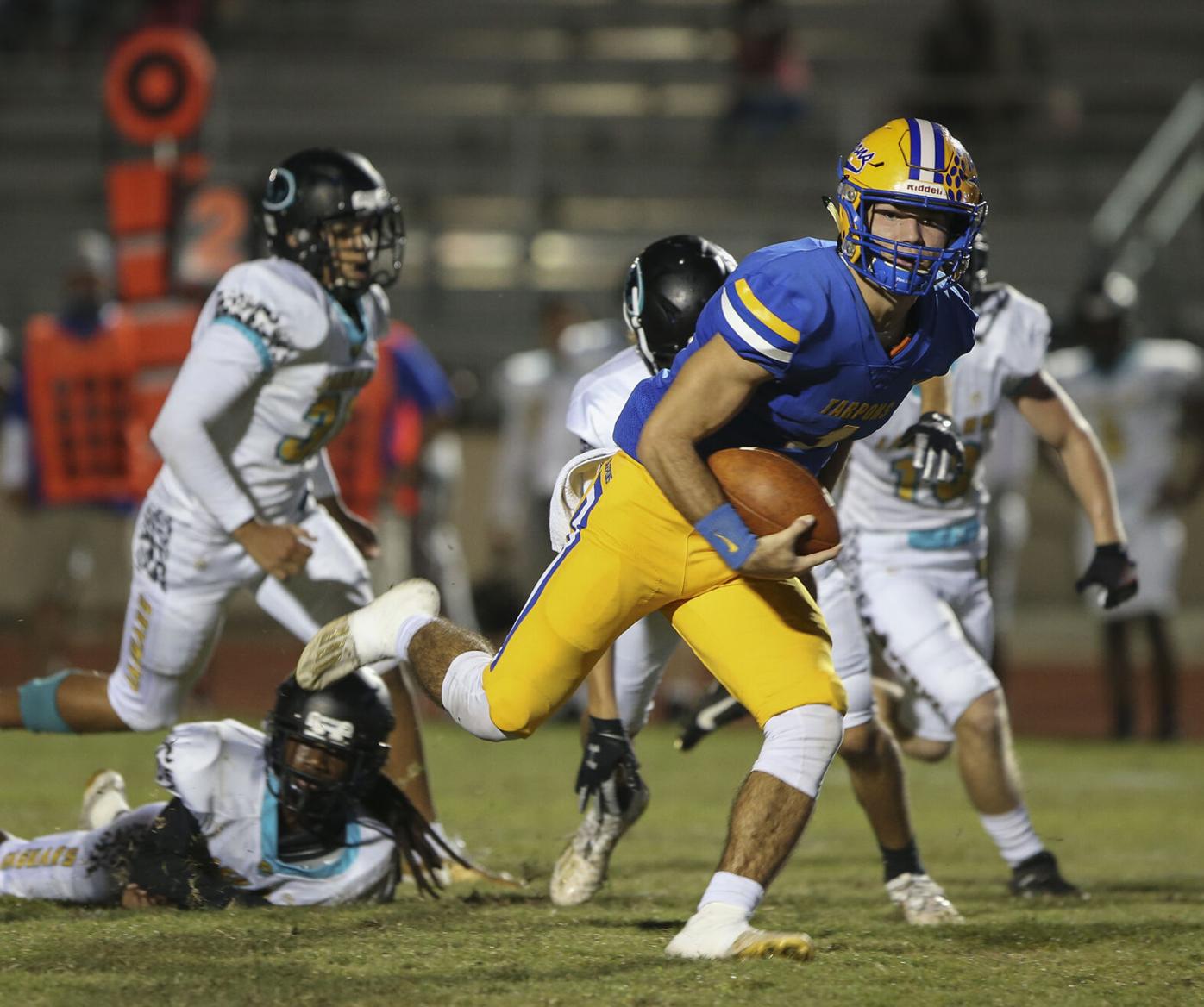 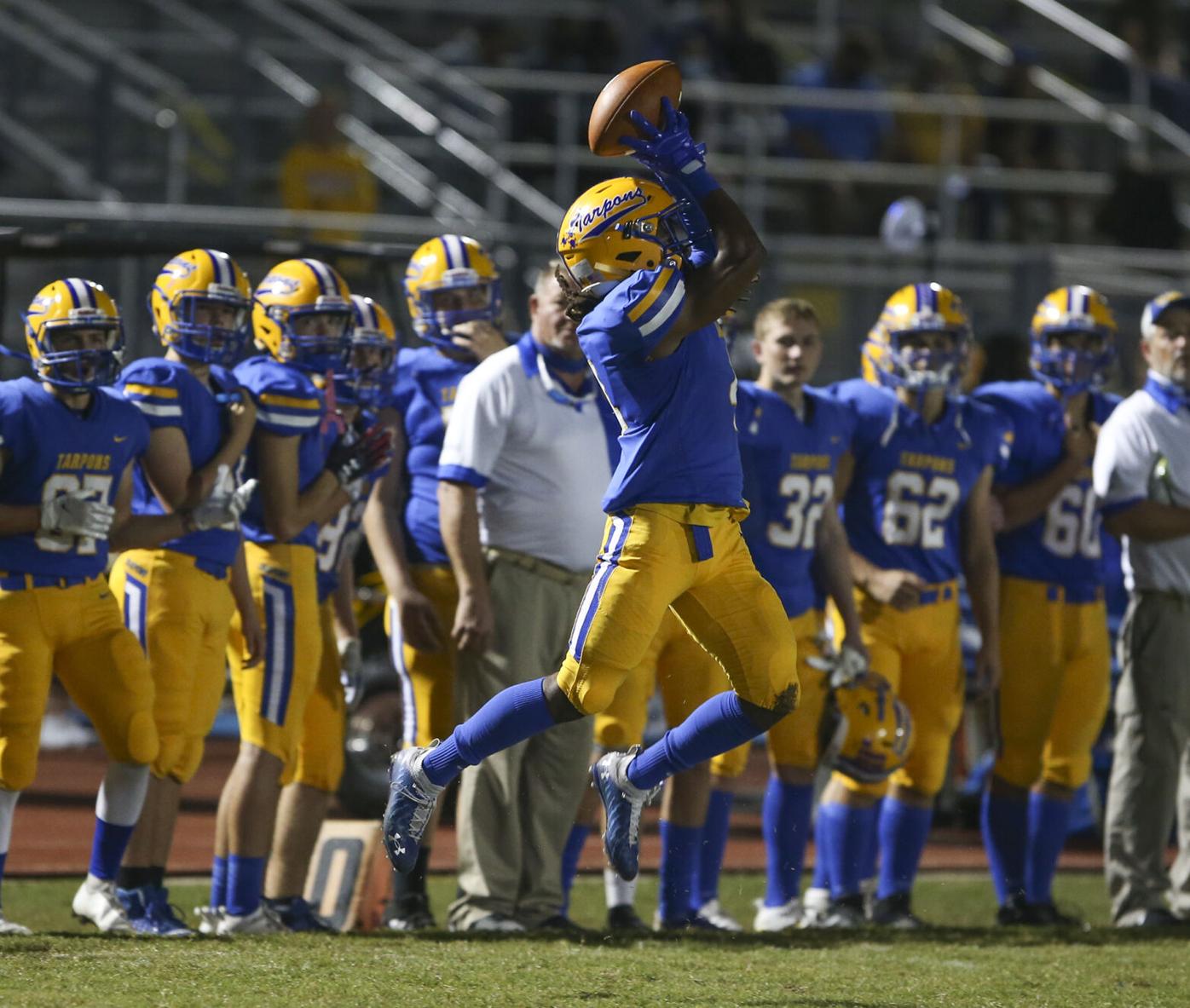 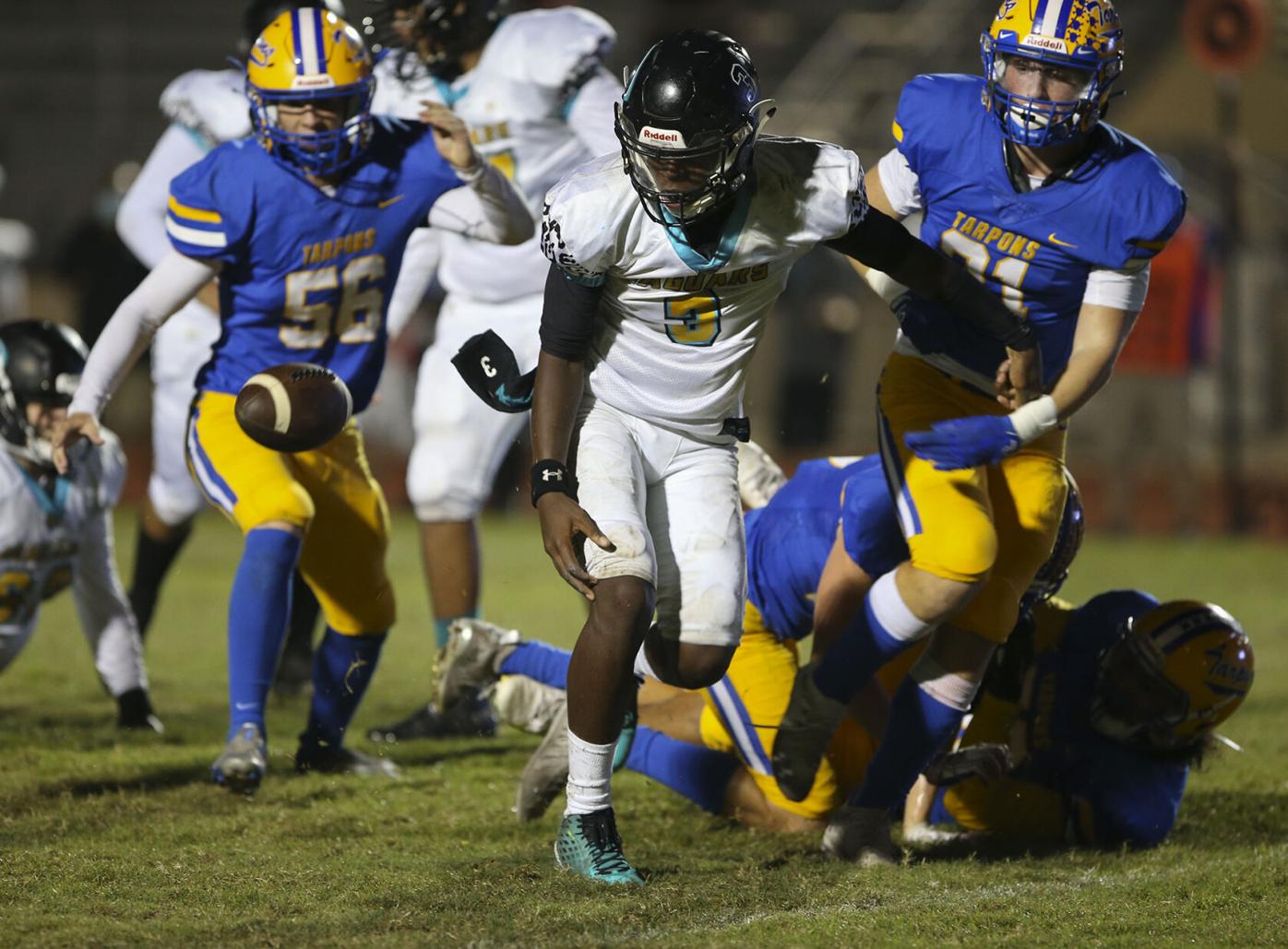 The Tarpons rewarded the Jaguars for their generous offer by making sure they got home early.

Charlotte shook off the rust of an unexpected two-week layoff and crushed the winless Jaguars 51-0. The Tarpons improved to 7-2 and will travel to Palmetto Ridge next week.

Charlotte’s regular-season finale was canceled a week ago when North Port abruptly cancelled the rest of its season. This week’s poor weather kept the Tarpons mostly off the field until Thursday.

“We just go day by day and if something gets canceled, it’s whatever,” Charlotte senior quarterback John Busha said. “It’s Florida. It’s going to happen. I went to throw yesterday and I hadn’t thrown in a week, so my arm wasn’t ready for it.”

Just like that, it was all over except the running back committee’s leg-stretching and Busha’s arm curls.

“We just wanted to execute and stay injury-free,” Busha said.

Busha’s night ended late in the second quarter after a 50-yard touchdown pass to Niqueu Graham gave the Tarpons a 44-0 lead. Each of Busha’s last four pass attempts went for touchdowns.

“Let me tell you something. He’s a special competitor,” Tarpons coach Wade Taylor said. “I just hope that it will carry on to next week and hopefully we can bring a win back from (Palmetto Ridge).”

Meanwhile, the Tarpons defense consistently drove the Jaguars backward. Of East Lee’s 23 non-punt plays, 18 went for negative yardage and another for an interception.

Charlotte did everything it could to speed up the game, especially after East Lee lost three quarterbacks to injury. The Tarpons took multiple delay of game penalties while declining any Jaguar flags.

Key plays: Close your eyes and throw a dart at the wall. Busha had a 29-yard touchdown run to go with his four passing scores. … Troi McClary’s 39-yard touchdown reception and Keon Jones’ 47-yard touchdown each were of the catch-and-run variety. … The Charlotte special teams got into the act by chasing down a Jaguar in his own end zone on a botched punt attempt for a safety.

What it means: Not a whole lot other than a glorified scrimmage to shake off some rust and get some timing back. The playoffs begin for real next week against an undefeated Palmetto Ridge team that proved it had a defense capable of shutting down Port Charlotte’s playmakers.

Quote: “The one thing that we did today is we had a game plan of wanting to play everybody. There are a lot of kids on this team that have not played many downs this year. We got kids in the game.” — Taylor.