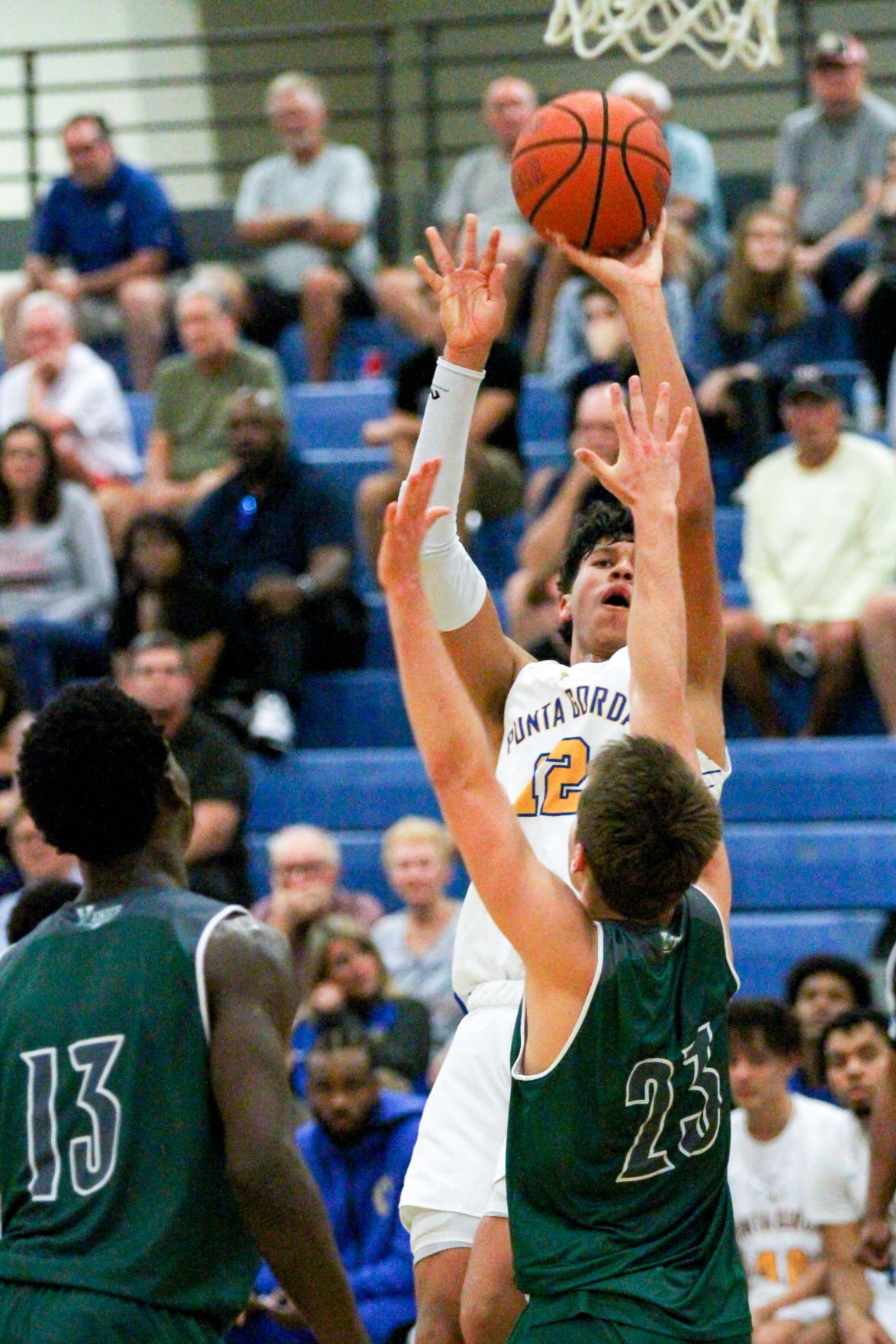 Tre Carroll scored 30 points — 15 from the free-throw line — as he helped the Tarpons pull away for a 17-point win over Venice in the district semifinals. 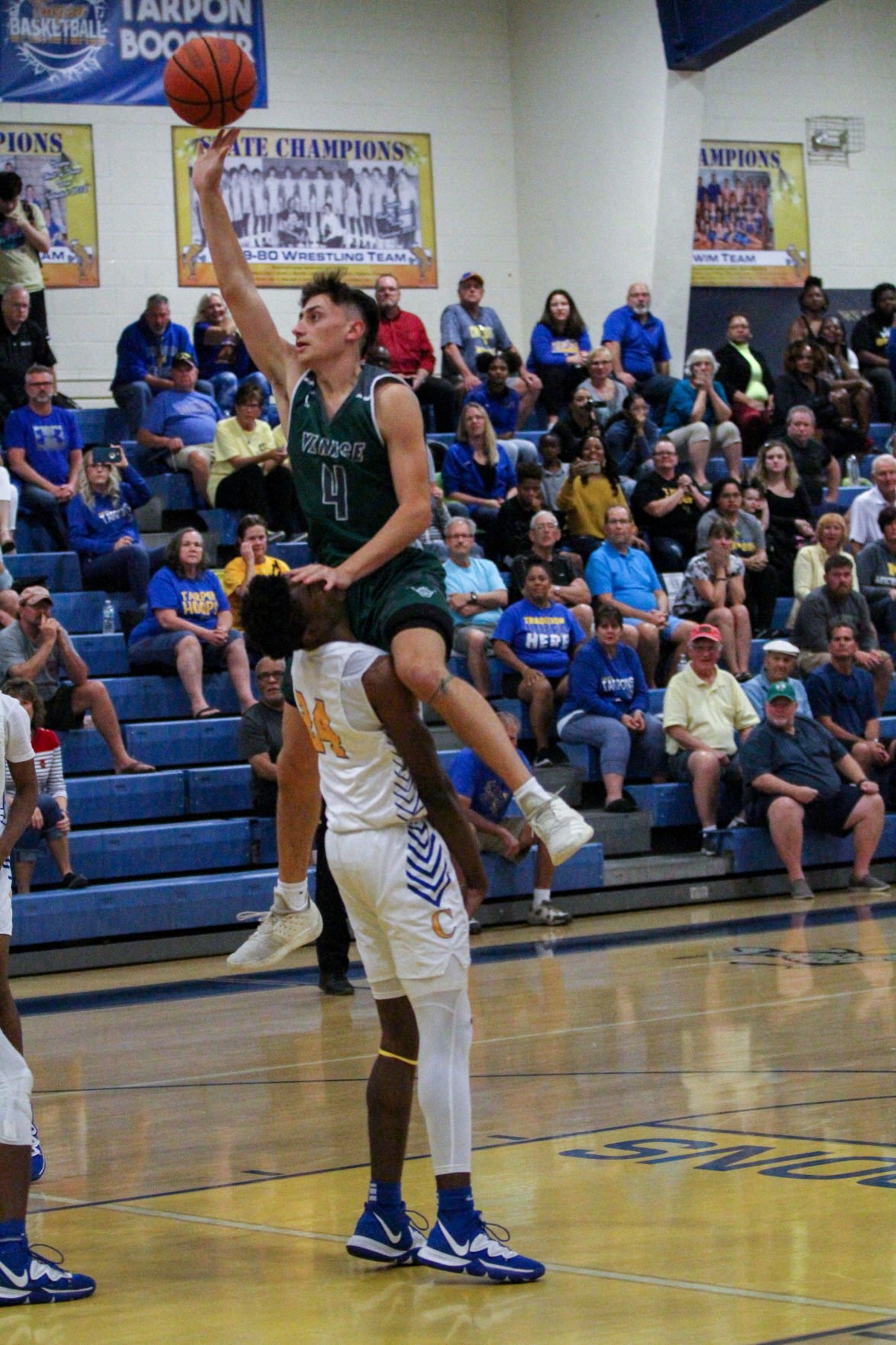 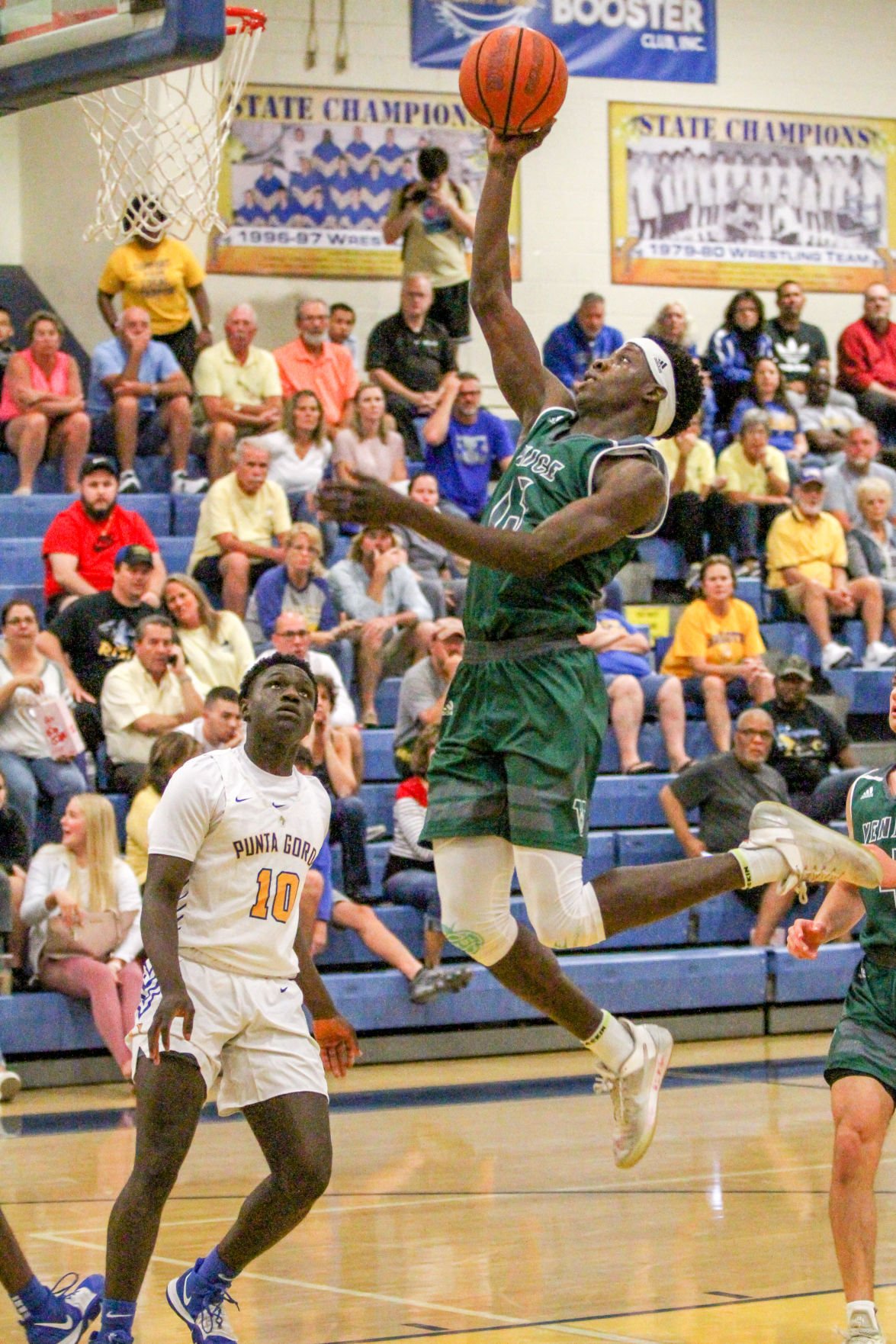 Malachi Wideman kept Venice in the game early, scoring 14 first-half points, but fouled out at the end of the third quarter in a loss to the Tarpons.

Tre Carroll scored 30 points — 15 from the free-throw line — as he helped the Tarpons pull away for a 17-point win over Venice in the district semifinals.

Malachi Wideman kept Venice in the game early, scoring 14 first-half points, but fouled out at the end of the third quarter in a loss to the Tarpons.

For about seven minutes of Wednesday night’s district semifinal game, the Venice boys basketball team looked as though it was going to give Charlotte all it could handle.

The Indians led, 10-8, with the first quarter about to end, but Tarpons guard Luke Ulmaniec hit back-to-back 3-pointers — giving his team a lead it would keep all the way to a 76-59 finish at Charlotte High School.

“I thought if we got the ball in certain spots on the floor we could attack it with penetration kick-outs,” Charlotte coach Tom Massolio said.

“I also thought they would have trouble guarding us when we got the ball down low, trying to stop the ball inside and closing out. I liked all the zones (Venice) ran on Monday night so we worked on it. We actually started last week on it.”

Venice’s zone defense initially worked against the Tarpons’ big men in the post, but the shooting of Ulmaniec and John Gamble forced the Indians to extend their defense.

From there, 6-foot-7 forward Tre Carroll took control of the game.

Carroll outscored Venice by himself in the second quarter as he had 14 of his game-high 30 points to help the Tarpons take a 38-21 lead into halftime.

“In the first quarter, we were completely fine,” Venice coach Mike Montgomery said. “We traded punches back and forth, but in the second quarter we just went stagnant. We were getting really good looks. We just couldn’t make anything.

“When they brought in (Ulmaniec), he made a couple shots. They were bringing Tre down on the box and he was just a decoy and kicking it out.”

It took nearly four full minutes before Venice scored in the second quarter on a 3-pointer by Christian Rodriguez. Malachi Wideman added 8 points from there — all from the free-throw line — but no other Indian could score until well after halftime.

Though Gamble (24 total points) hit a 3-pointer to open the second half, giving Charlotte a 20-point lead, Venice didn’t fold. Wideman scored seven straight points to cut the deficit to 13, but the Tarpons had an answer in the form of Carroll and Gamble. The duo combined for 15 points to close out the third quarter and push the lead back to 20 points.

“I always have the belief that we can win,” Montgomery said. “We just have to chip away at it. They had that mentality, but when we would chip away, Charlotte would make a run.

“They made all their shots. They’re good, that’s why they’re the No. 1 seed.”

Wideman fouled out with under a minute to go in the third quarter on a charge. Faced with a 20-point lead with eight minutes to go without their best player, the Indians’ season was all but over.

Montgomery stepped in to coach the team after former coach John Flynn stepped down on Jan. 21, leading Venice to a 4-4 record including a playoff win. He said he will take a couple of weeks to make a decision if he will return next year.

The Tarpons, who beat Port Charlotte for last year’s district title, will host Fort Myers on Friday night at 7 as they look to repeat.

“Both teams are trying to repeat and I know we’re very hungry this season because a lot of people have been questioning our team this year,” Carroll said. “So we’re gonna go in there with the right mentality and just kill it.”