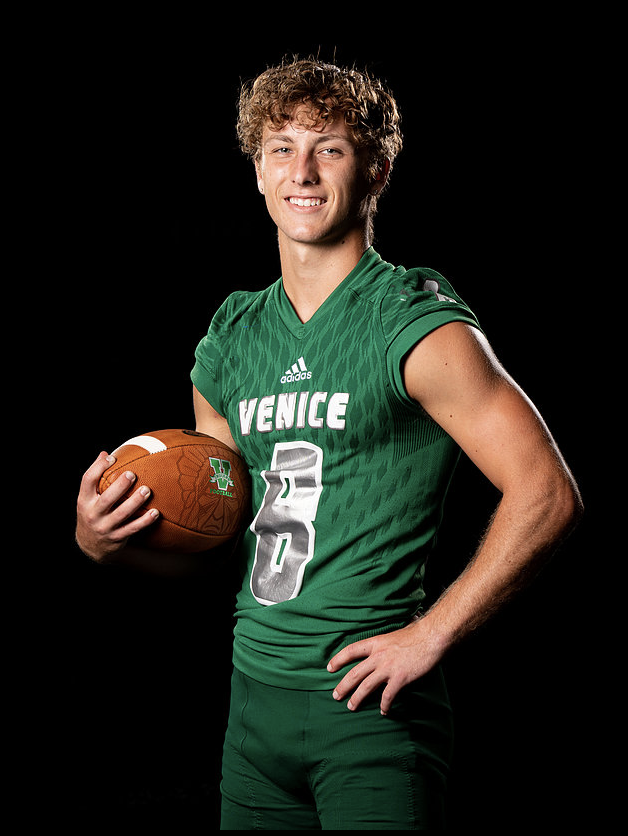 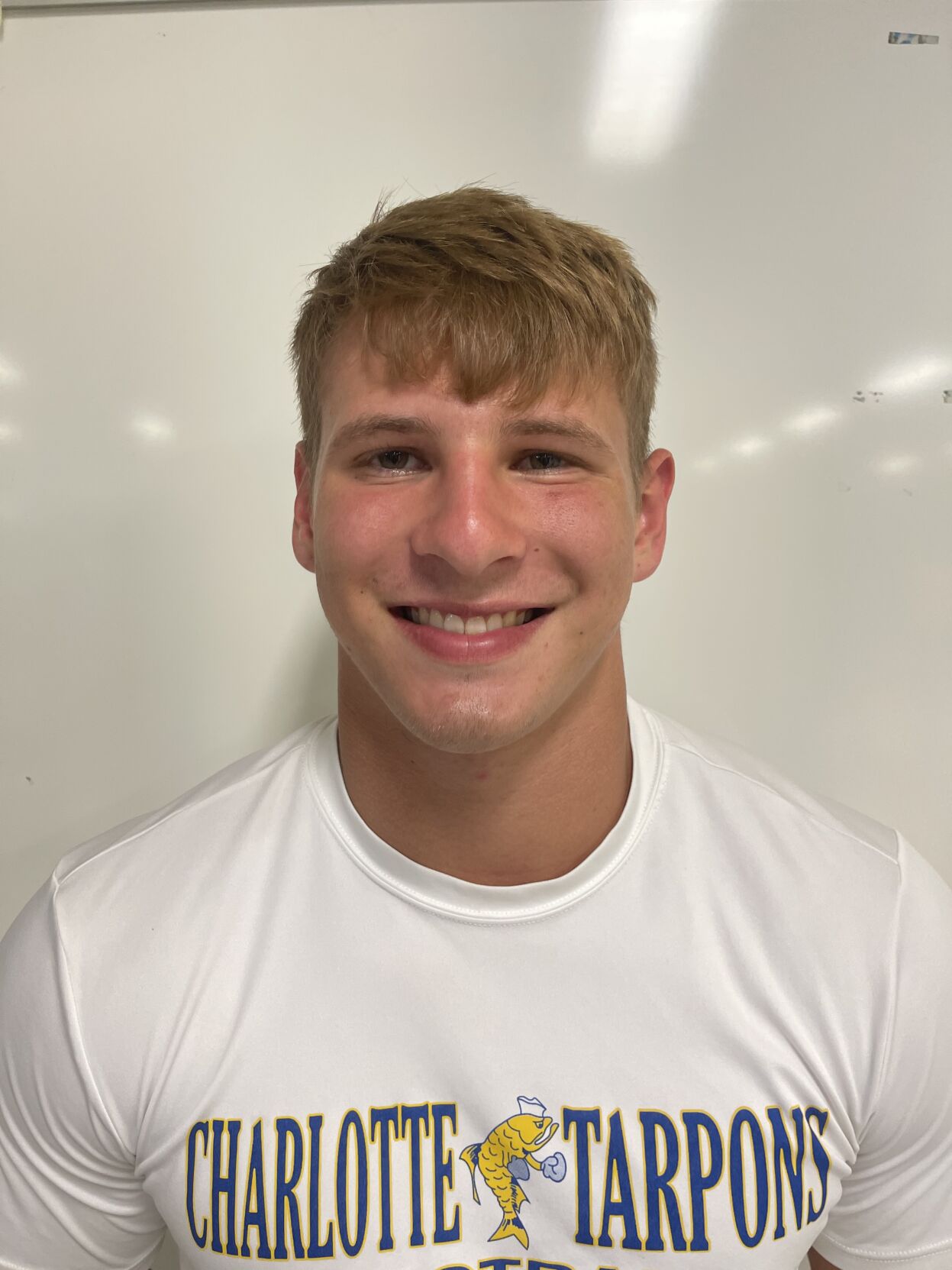 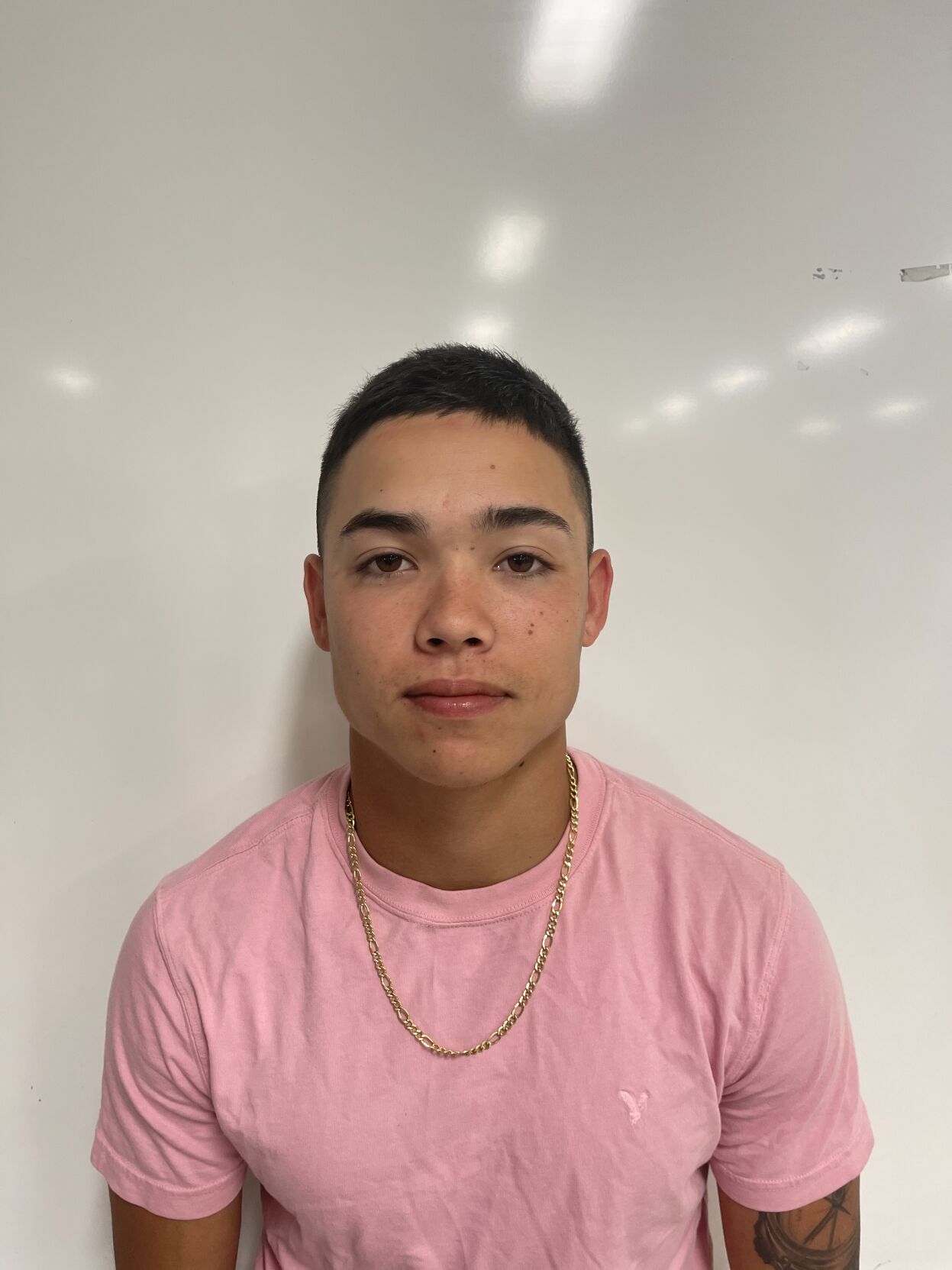 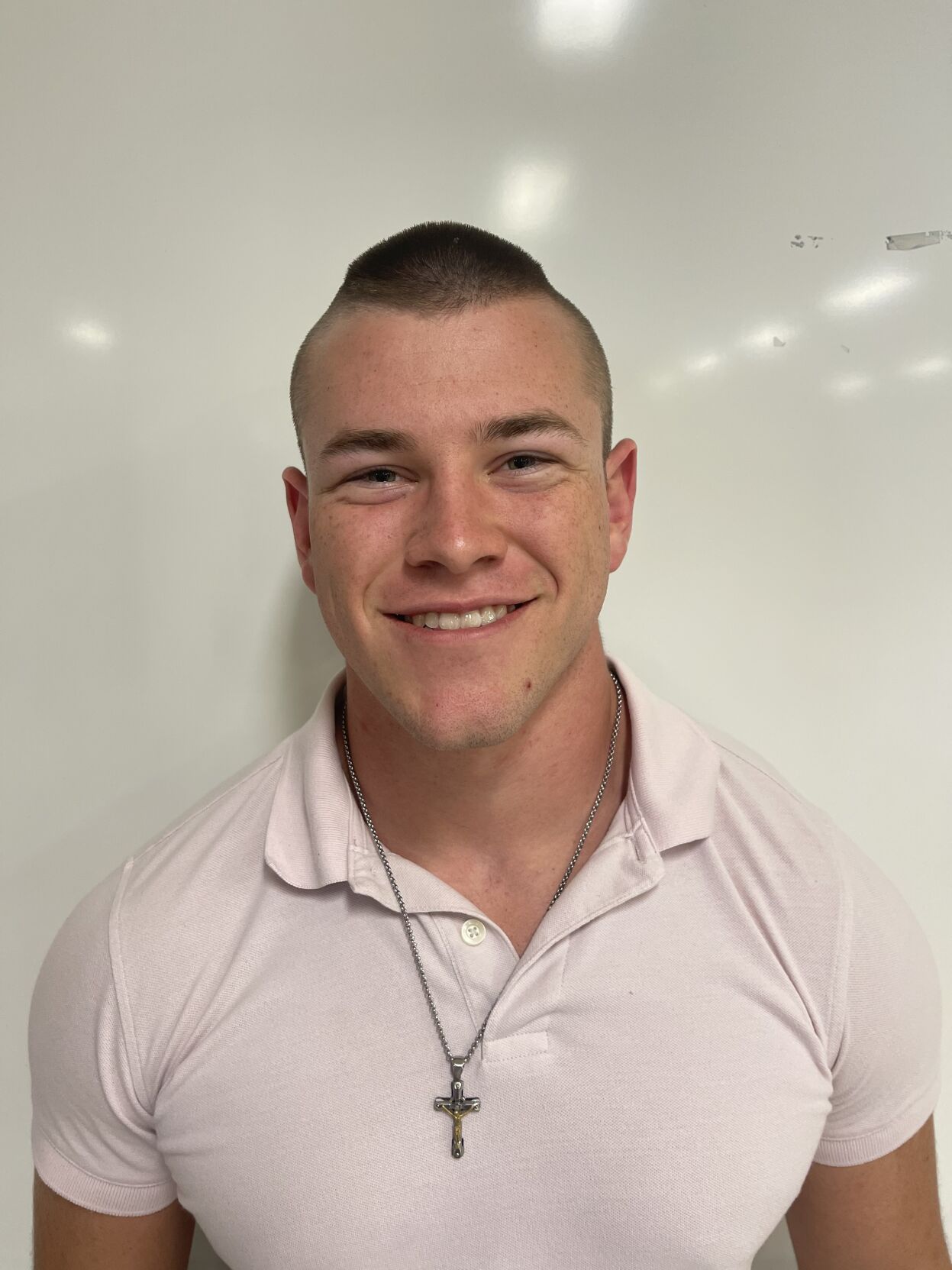 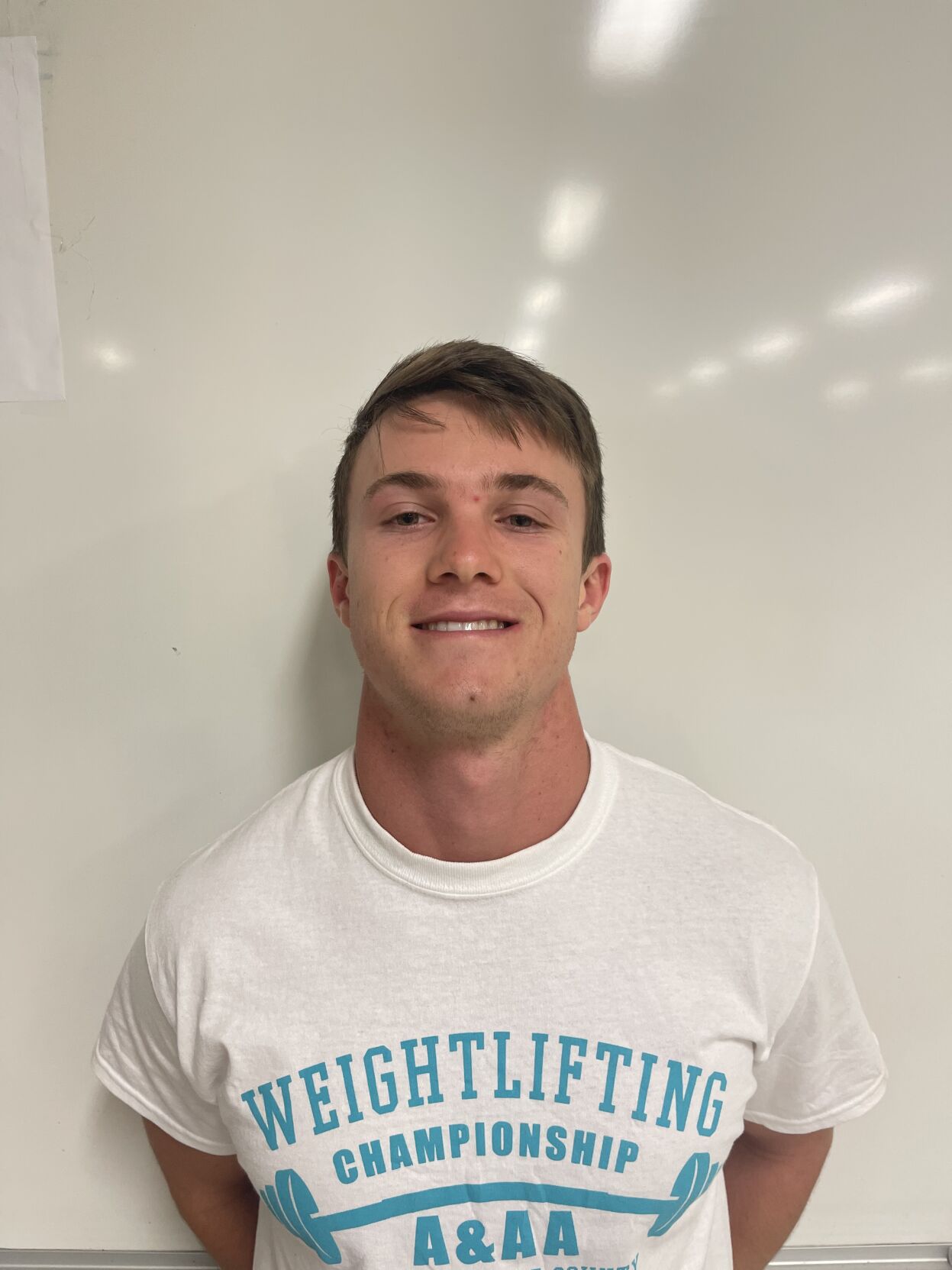 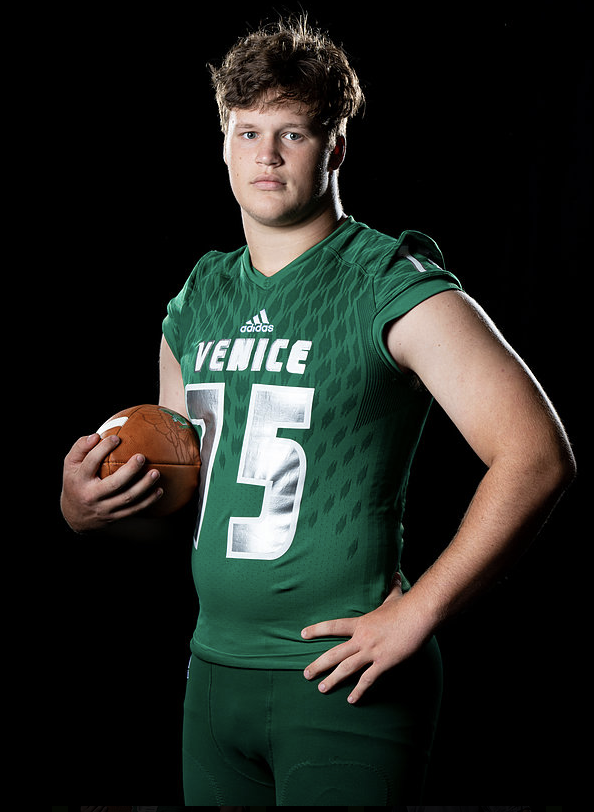 No individual area athlete won a state championship in boys weightlifting this season, but several came close — including a handful of Tarpons who combined to help Charlotte win a team title at the 2A state meet.

In total, five area lifters finished as runners-up in their weight class at the state meet and several more won district and regional championships along the way.

More specifically, Jacob Papantonakis of Venice was a standout senior, lifting a combined 495 pounds in the bench press and clean and jerk to come in second place at the 3A state meet — helping the Indians come in fourth as a team, too.

Jakobe Morgan of Port Charlotte was another top senior who shined when it mattered most. He won his district, his region and fell 20 pounds shy of first place at the state meet as one of the Pirates’ top lifters.

Logan Pritchard of Charlotte, a junior, helped his team win the title by lifting 15 pounds over his previous best — locking in second place in the 219-pound weight class and essential team points.

All three of these lifters are finalists for the Sun’s Boys Weightlifter of the Year.

The coach of the title-winning Tarpons, Ray Hixson, is the Boys Weightlifting Coach of the Year — with four lifters on the area’s First Team.

Here’s who stood out this year:

A district and regional champion, Papantonakis finished second in his weight class in 3A competition.

Not only was the senior an individual champion in both the district and regional rounds, but he also led his squad to the team title in both — and a fourth-place finish at states.

Papantonakis also tied with Charlotte’s Jaden Opalach as the third-strongest lifter in his weight class in the state.

“Pop was extremely disciplined and focused for his senior year,” Venice boys weightlifting coach Clay Burton said. “He is a coach’s dream. He always worked hard and did extra work without us even having to ask.

“He led by example and set a great foundation for years to come.”

The second-best lifter in his weight class for 2A competition, Morgan put up 225 pounds in both the bench press and the clean and jerk — just 10 pounds off the top mark in each lift. The senior won his district by 35 pounds and won his region by 25 pounds before finishing as the fifth-best lifter among all classifications for his weight class at the state meet.

“Jakobe has a tremendous work ethic and his accomplishments put that on display,” Port Charlotte boys weightlifting coach Jarrett Debus said. “He is very goal-oriented and made a huge cultural impact on our weightlifting program at Port Charlotte over the last four years.”

Not only did Pritchard win his district, region and finish as a state runner-up, but his performance at the state meet proved pivotal in Charlotte capturing the team title.

He improved his lift each time — going up five pounds from districts to regionals and then a game-changing 25-pound increase from regionals to states.

The junior’s lift at states tied for the second-best lift in his weight class across all three classifications.

“Logan Pritchard made the most gains on the team,” Charlotte coach Ray Hixson said. “He lifted 15 pounds over his best season total to pretty much solidify the team state championship for us.”

Dekwann Martin — Port Charlotte senior (2nd in UNL for 2A)

Opalach faced little competition until the state meet — winning his district by 60 pounds and his region by 50 pounds. His second place finish at states was essential in the Tarpons’ team title.

Another top lifter for the state-champion Tarpons, Kreegel dominated local competition. After winning districts 85 pounds he went on to take regionals by a staggering 65-pound differential. While he had an impressive 325-pound bench press, his clean and jerk of 315 pounds elevated him to second place at the state meet.

David Raney — Venice junior (3rd for UNL for 3A)

A top lifter for an Indians team that finished fourth in 3A, Raney’s total lift of 665 pound tied for the second best in 3A. The junior stood out in the bench press — a top lift of 385 pounds at the state meet — recording the second-best lift among his competition.

Raney won his district by 45 pounds and inched out a regional title, too, before helping Venice take fourth at states.

A district champion by a whopping 80 pounds, Bogle won his region by 65 pounds before placing third in his weight class at the 2A state meet. The senior’s clean and jerk of 245 pounds set him apart — coming in 10 pounds less than the top lift — as he helped the Tarpons earn key points as a team.

Ballard finished in a four-way tie for second place in his weight class at states with a 565-pound total lift — just 10 pounds shy of first place.

The junior won a district title and finished in fourth in regionals.

Tied for the fifth-best total lift (380 pounds) in his weight class across all classifications, Lowe won his district by 55 pounds and finished as a runner-up in regionals before his third-place state finish.

The Venice sophomore stood out for his impressive ability to bench press — lifting 370 pounds for the second best lift in his weight class at the state meet, where he finished fifth.

Wilson won his district by 45 pounds and his region by five pounds on the way to the state meet.

A fairly even lifter — with a bench of 300 pounds and a clean and jerk of 290 — Logue finished in sixth at states in a highly competitive weight class. He finished in second at both districts and regionals.

A standout lifter as a sophomore, Kriska won his district by 35 pounds and finished as a runner up in regionals before placing at the state meet with a 355-pound total lift.

The star linebacker for Lemon Bay posted even numbers — 275 pounds — in both the bench press and the clean and jerk to place at the state meet. He won the district meet by 45 pounds and also won a regional title.

Abel Marquez — Port Charlotte senior (9th in UNL in 2A)

The Pirates senior put up a 340 pound bench press and a 315 pound clean and jerk to finish as a top-10 lifter at the state meet. Marquez was a runner-up at the district meet and a third-place finisher in regionals.

Cervantes lifted 340 pounds in the bench press to finish just inside the top 10 lifters for his weight class in 2A. The junior was a runner-up at districts and a third-place finisher in regionals.