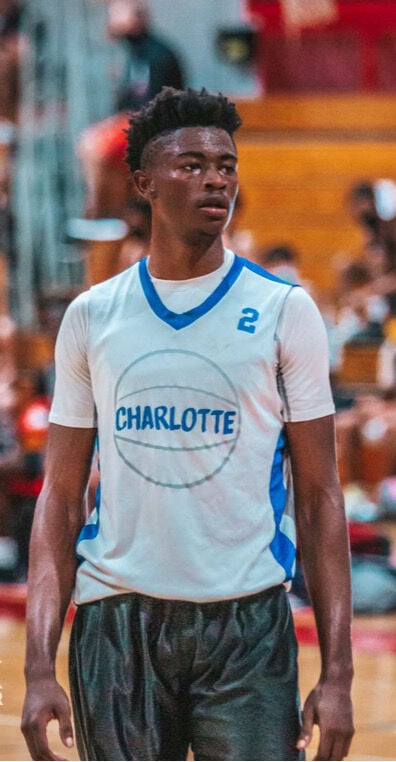 John Gamble was a freshman for the Charlotte Tarpons varsity basketball team this past year. He's spent some of the summer playing travel basketball to stay ready for the season and increase his college exposure. 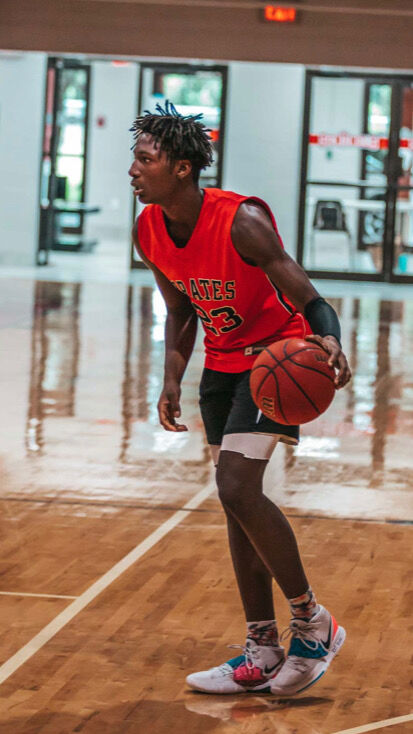 Charlotte’s John Gamble, left, and Tre Carroll, center, as well as Port Charlotte’s Alex Perry have spent some of their summer playing travel basketball to stay ready for the season and increase college exposure.

Tre Carroll of Charlotte High is one of several area athletes to stay sharp in their sport through travel teams in the offseason.

John Gamble was a freshman for the Charlotte Tarpons varsity basketball team this past year. He's spent some of the summer playing travel basketball to stay ready for the season and increase his college exposure.

Charlotte’s John Gamble, left, and Tre Carroll, center, as well as Port Charlotte’s Alex Perry have spent some of their summer playing travel basketball to stay ready for the season and increase college exposure.

Tre Carroll of Charlotte High is one of several area athletes to stay sharp in their sport through travel teams in the offseason.

But if you’re a member of an AAU or travel team, you could have been practicing and playing games all summer.

Local athletes in several sports have been playing for these teams during the outbreak of the coronavirus.

“A lot of these travel teams are still holding events, just not the big events with like 10,000 people involved,” Charlotte High assistant basketball coach Ed Chery said. “I think it’s better than having no basketball at all, especially for our area. I’m terrified of what would happen if there’s no basketball or sports for these high school kids.”

Offseason travel teams offer another avenue for players to get noticed by colleges.

It’s not unusual to find recruiters in the stands during big tournaments featuring top-tier competition. This year, however, it’s been about playing while at the same time addressing safety concerns.

Some precautions have been taken — such as limiting fans, sanitizing all equipment after each use, limiting player interaction and encouraging players bring their own towels and water bottles.

Along with coaching high school basketball, Chery also coaches a travel team out of Orlando.

While he’s had to pull out of bigger tournaments and shrink his team’s season from 30 games to less than 10, he said there haven’t been any other issues that have arisen. Other sports have taken more drastic safety measures.

Zach Gonzales coaches the Florida Burn 2021 Premier travel team along with serving as the head coach of the Lemon Bay varsity baseball team.

Gonzales said teams don’t shake hands, players are spaced apart in the dugouts and bleachers, and hand sanitizer is available for use at any time. Beyond that, however, he says it’s been baseball as usual.

He’s taken his team all over the state — from Fort Myers to Melbourne — and even to Atlanta this summer. He had one player who tested positive for COVID-19 in early June, but said there have been no other complications.

The team was forced to quarantine for 21 days and several players were tested for the virus. But it didn’t spread among the team, but it still served as a stark reminder to what could happen with high school sports.

“I think they need to do probably a little more precautions (for high school sports),” Gonzales said. “I’d prefer to not wear a mask because it gets hot, but if I have to, I will. In Charlotte County we have been monitoring our players’ symptoms and temperatures.

“I think everyone is trying to figure out what will happen if there’s a positive test. Everyone’s watching MLB and the NBA, but obviously we can’t bubble our kids, so that’s going to be tricky.”

Finding tournaments and games hasn’t been easy for athletes in every sport. Venice volleyball coach Brian Wheatley, who also coaches his Venetian Bay club team, brought his players up to a tournament in Orlando two weeks ago for some of their only game action of the summer.

Wheatley said he felt safe with several precautions and protocols in place. Temperatures were checked at the door, masks were required when not playing, spectators were limited and spaced apart and teams did not shake hands or switch sides of the court, among some other rules.

“If everyone is taking the appropriate precautions, it feels pretty normal,” Wheatley said. “I think it was really beneficial for our players to get a sense of normalcy. If we’re healthy to go back to school, we are definitely healthy to play sports.

“Kids will be passing each other in the hallways and the lunch room. We can at least have a controlled environment. I think it’s been really good so far (this summer).”

If high school sports have a delayed return, or are canceled altogether, it’s likely that many of these athletes will turn to other teams such as these to stay in the game.

“I want to get 2021 out of here. I think our group is one of the stronger ones in the area, so I don’t think it will be hard, but season or not, that’s the goal.”