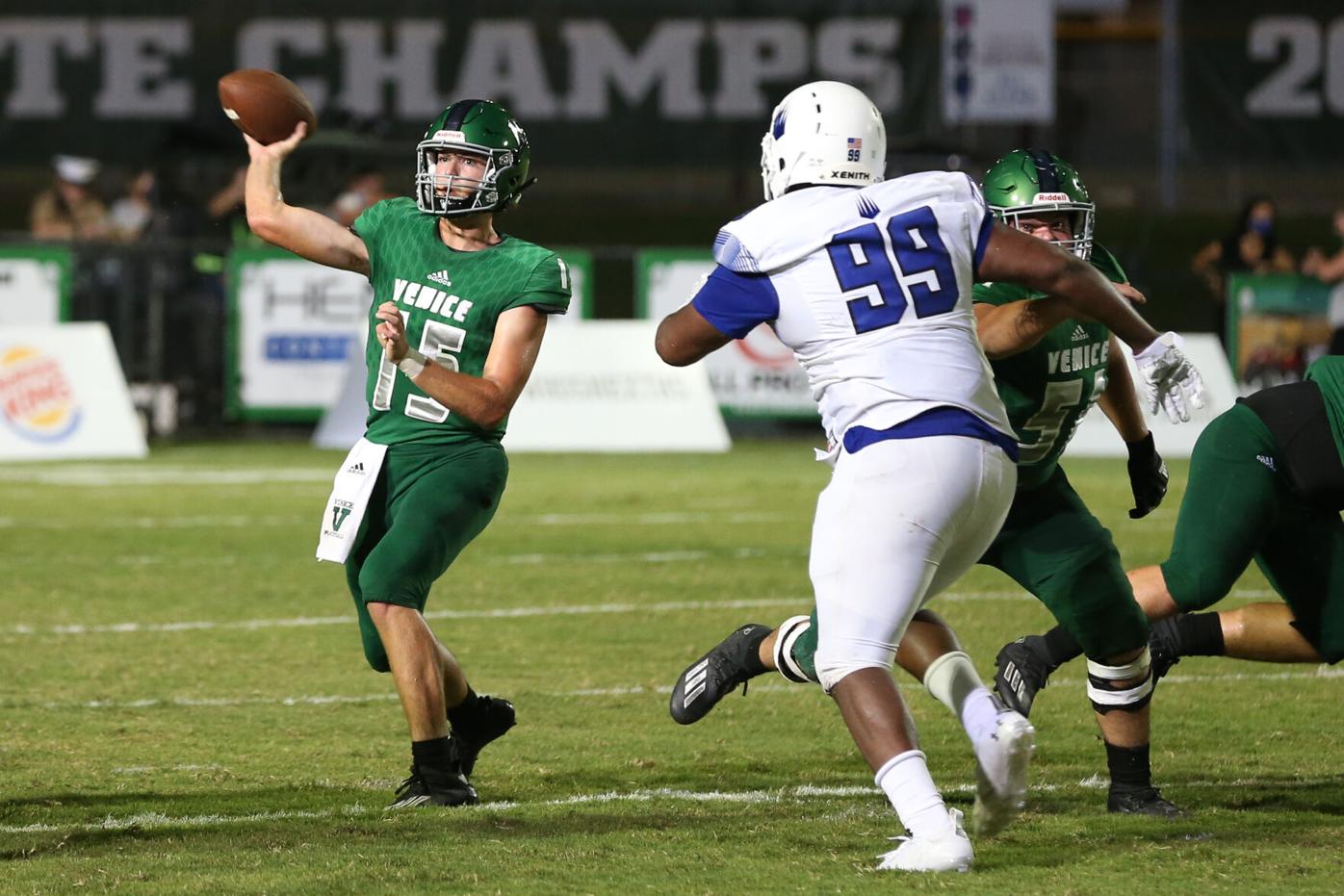 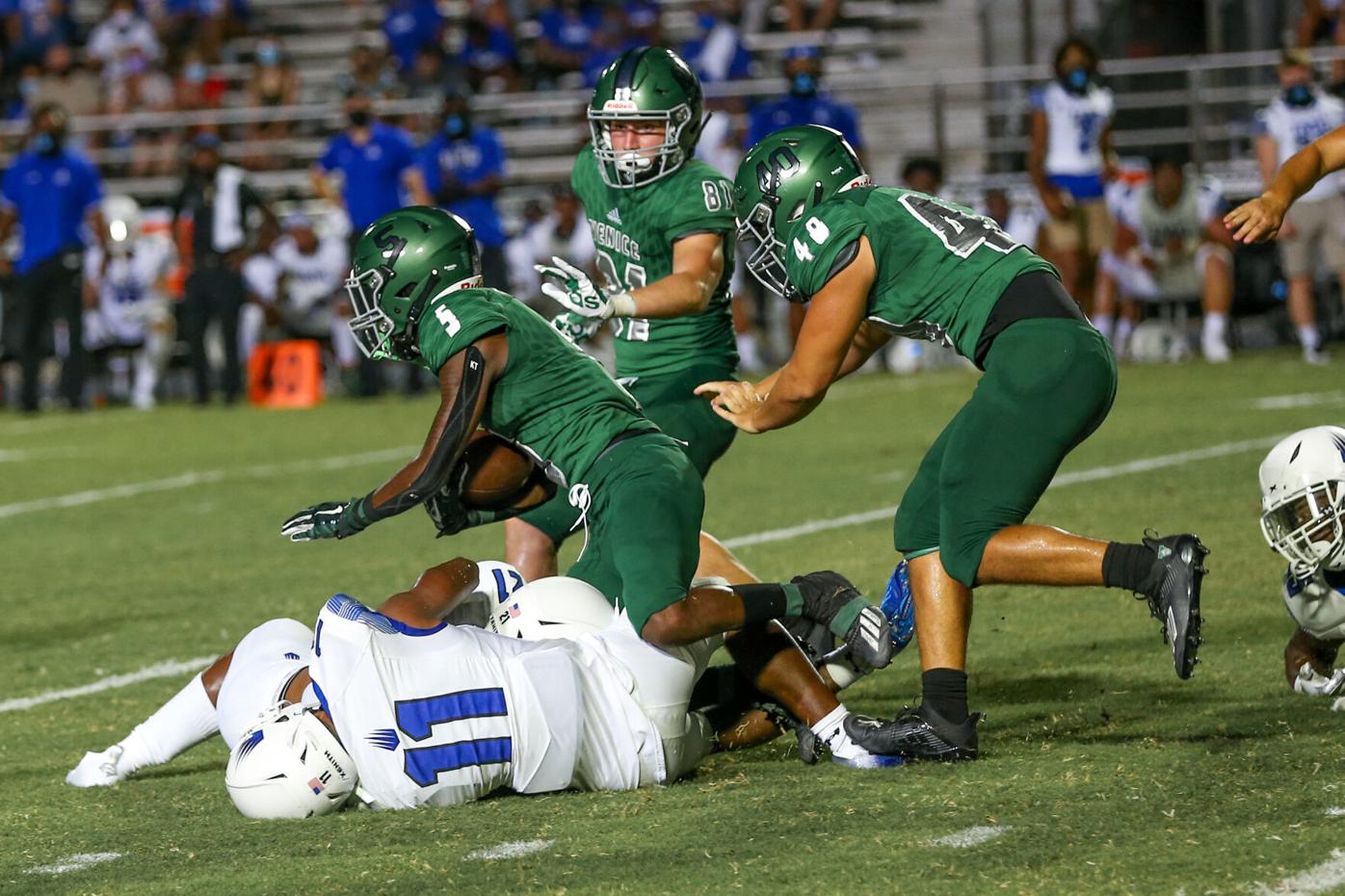 Venice's Charles Brantley brings in some yards for the Indians with a carry before IMG's defense shut him down.

Venice's Charles Brantley brings in some yards for the Indians with a carry before IMG's defense shut him down.

VENICE — The Venice Indians felt they had a good game plan coming into their nationally televised matchup with IMG.

But turnovers on the first two possessions were not a part of the plan. The Ascenders (1-0) capitalized with 14 points and never looked back as they rolled to a 49-13 victory.

“This game reminded me of how we win a lot of games,” Indians coach John Peacock said. “You get a team to make mistakes and capitalize. We fumbled our first two possessions and put the defense in a bad situation.”

IMG received the opening kickoff and behind the passing of Michigan commit JJ McCarthy drove the ball 76 yards for a touchdown. McCarthy found Jacorey Brooks from 11 yards out to finish the drive. Gavin Marshall made the first of nine PATs to our the Ascenders up 7-0.

The Indians (0-1) appeared to immediately respond as Dam’rion Escort broke a run 50 yards into IMG territory but he fumbled at the end and the Ascenders recovered.

McCarthy and his explosive receiving corps cruised back down the field and McCarthy found FSU commit Malik McLain for a 31 yard TD strike.

“This is a team we knew would stack the box,” Ascenders coach Bobby Acosta said. “We like to spread the ball out and get on the perimeter with our receivers. I expected to throw the ball 50 times tonight.”

Two plays later the Indians fumbled again, this time inside their own 20. IMG scored in three plays as Lovasea Carroll rumbled in from 12 yards out.

While it appeared the rout was on; Venice wouldn’t go quietly and their defense stood tall, keeping IMG out of the end zone the rest of the half. This included a goal line stand after a botched snap on a punt.

Venice finally got on the board at the end of the half. Maryland commit Weston Wolff drew two penalties to move the ball then finished the job on a 21 yard catch and run from quarterback Colin Blazek.

The second half was like the first as IMG wore the Indians down and continued to use their high flying offense to score points.

Venice’s second score of the game came at the end of the fourth quarter as Blazek hit Jayshon Platt for a 28-yard score.

Blazek was a surprise bright spot for Venice as he led the Indians with 150 yards passing and threw two touchdowns.

“He’s only been here two weeks but he has bought in and worked hard to learn the playbook,” Peacock said. “With them passing so much Steffan (Johnson) had to play more defense.”