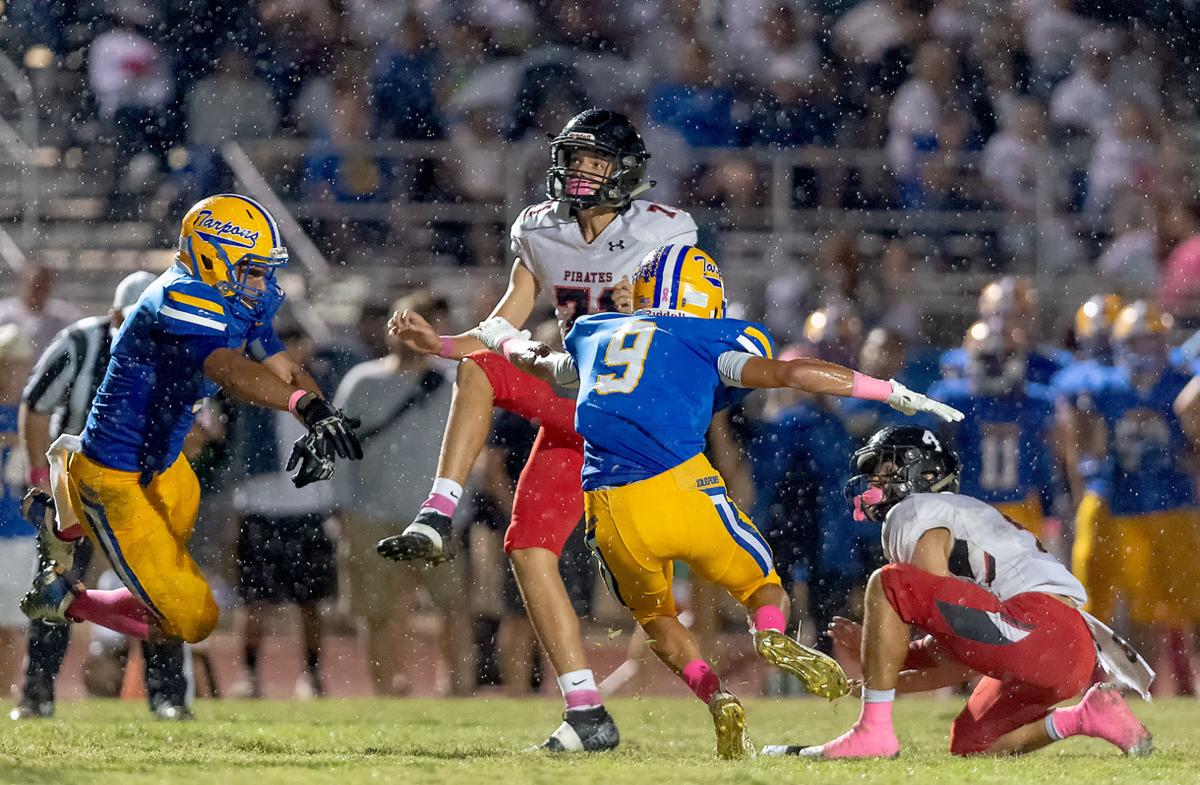 Despite never kicking a football prior to the season, Port Charlotte soccer player Trevin Howard played a big part in the football team’s success. 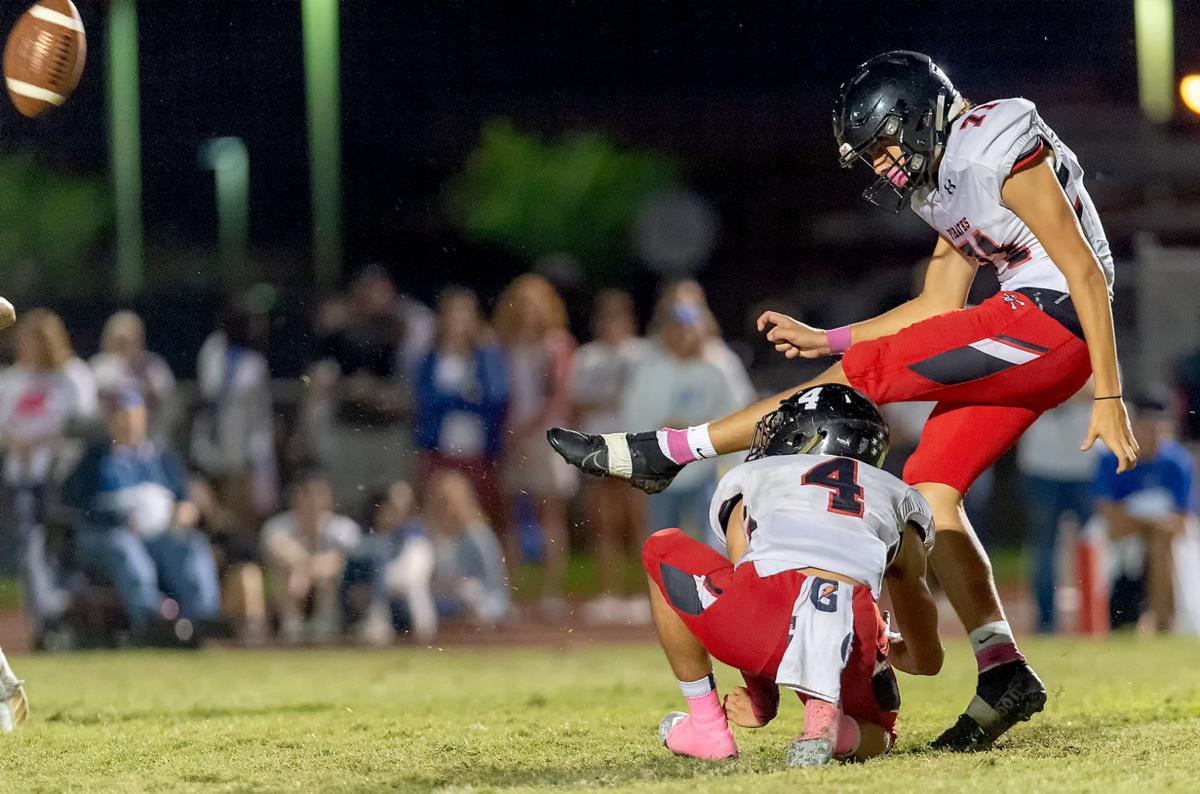 Despite never kicking a football prior to the season, Port Charlotte soccer player Trevin Howard played a big part in the football team’s success.

Kicking was one of the biggest question marks for the Port Charlotte High football team entering last spring.

For the first time in six years, there were no one left to continue the McCormick family tradition, after the graduation of brothers Devyn and Derek, two of the most successful kickers in program history.

There were no obvious replacements at a position that had required little thought the last several years.

Junior quarterback Logan Rogers handled kicking duties in the spring and early part of the season while also punting and running the offense.

“It reared its ugly head in the spring game, we tied 13-13,” Port Charlotte coach Jordan Ingman said. “We had Bear (Rogers) doing everything and we knew that wasn’t sustainable for the season. He had to be in there for a 12-play drive, then kick off and kick field goals and extra points and punt.

“That’s asking too much.”

Even so, Rogers was the only option until Ingman found his guy in sophomore Trevin Howard, a soccer player who hadn’t kicked a football prior to joining the team.

Howard heard the team was looking for a kicker and decided to give it a shot. He spent the first two games on JV while he polished his technique and made his debut in a 42-7 win over DeSoto County where he went 2 of 5 on PATs.

“I was kind of nervous, but I knew the team was there to pick me up,” Howard said. “When I first started kicking, I had no clue what I was doing. I just went out there and gave it a shot and now I love it.”

After a rocky start, Howard quickly became a steady foot for the Pirates, only missing four PATs the rest of the season and hitting multiple high-pressure kicks to gain the trust of his teammates and coaches.

But, in reality for an inexperienced sophomore, every kick is high pressure.

Late in the first half against then-undefeated Southeast, Howard drilled a 24-yard field goal in what amounted to a one-point win. Two weeks later, he got another chance to prove his worth in the most important regular season game of the year — vs. Charlotte, a team the Pirates had beaten in six years.

Down 8-7 near the end of the first half, Howard knocked a 23-yard attempt through the uprights in the rain in front of a sold-out crowd. The Pirates ended up winning, 24-20, with Howard adding three PATs. He finished the year 4 for 4 on field goals with a long of 34-yards and went 18 of 24 on PATs.

“He made a couple huge kicks for us,” Ingman said. “We won six games by less than a touchdown last year and in that situation every single point counts. The kicker is a humongous part of those types of victories.”

Howard couldn’t be more pleased with how his first season went and owes part of that success to his predecessor, Derek McCormick, who worked with him during last offseason to help him prepare.

After a year, Howard’s distance has grown from a long of 34 yards to the low-50s in practice.

McCormick was surprised by Howard’s natural ability, so it was more of just tweaking a few things here and there.

“He had that soccer player technique which almost all kickers have when they first start, but had a really natural swing like he’s been kicking for a while,” said McCormick, who spent last year kicking for Ave Maria University.

“I just told him that it’s a lot of pressure and that the only way you can deal with that is to take it as serious as possible.”

It seems as if Ingman has found his kicker as the Pirates wait and see if spring will pick up next month. It’s one thing off his mind with the team looking to build on a historic 10-2 season in 2019.

Howard was kicking at the Bandits’ field during the break until it was closed this week. Onside kicks and touchbacks are his primary focuses ahead of the new season.

“He’s a mentally tough kid,” Ingman said. “We knew he had the ingredients and had the mental toughness to go along with his physical abilities. He’s got the chance to be a good one.”