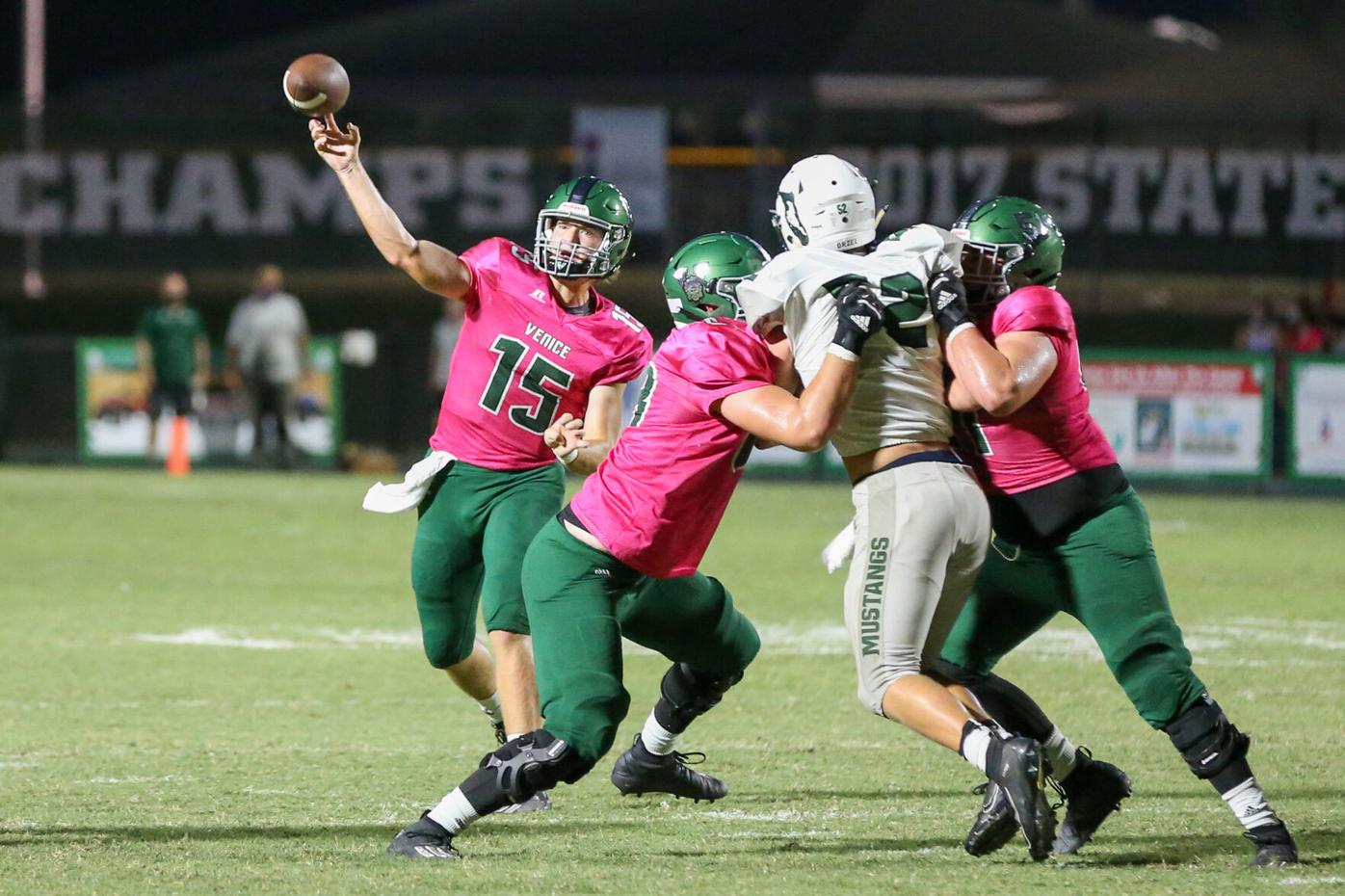 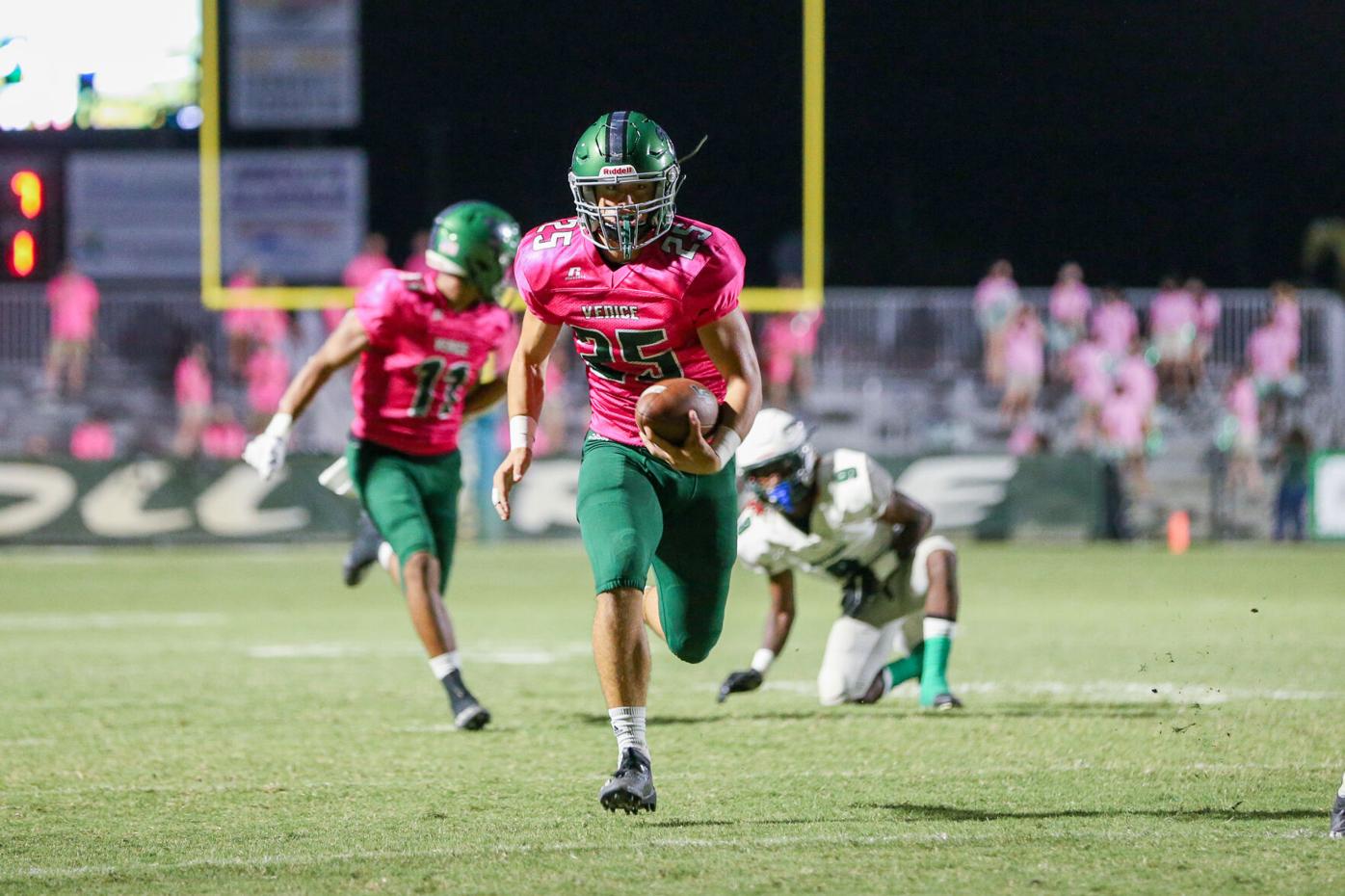 Venice’s Logan Ballard intercepts a pass intended for Lakewood Ranch and runs it in for a touchdown. 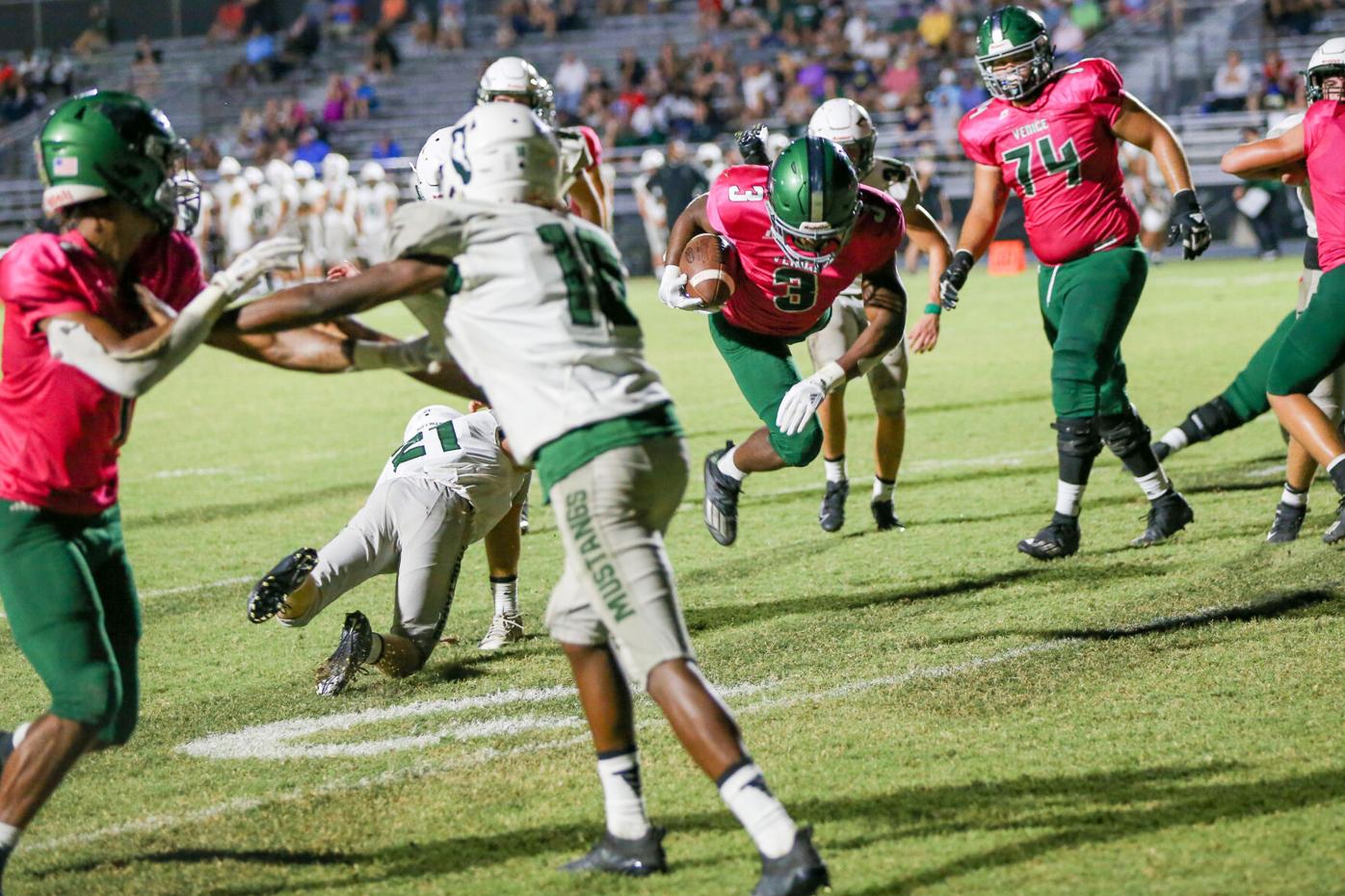 Venice’s Dylan Turner jumps into the endzone for a touchdown during Friday night’s game against Lakewood Ranch.

Venice’s Logan Ballard intercepts a pass intended for Lakewood Ranch and runs it in for a touchdown.

Venice’s Dylan Turner jumps into the endzone for a touchdown during Friday night’s game against Lakewood Ranch.

In high school football, many a Homecoming opponent ends up as an unwilling participant in the festivities.

But in the early going of Friday night’s contest between the Venice Indians and Lakewood Ranch, the Mustangs were unwilling to play their part. After a surprisingly sluggish start; the Indians scored in all three phases as they put up 30 points in the second quarter en route to a 66-7 Homecoming shellacking to send the Venice faithful home happy.

The Indians scored first on a Da’Marion Escort 14-yard run, but missed their first PAT to take a 6-0 lead. The Mustangs responded with a 76-yard drive capped by an Eli Daniels 39 yard run to surprise the Indians and lead 7-6.

Venice scored on a 26-yard shovel pass from Blazek to Keyon Sears to retake the lead and never looked back. While the Mustangs forced Venice to turn the ball over on downs twice, their offense never mounted a serious counter and the Indians won going away.

Key Plays: Dylan Turner scored on runs of 5 and 9 yards in the second quarter, but it was a 26-yard interception return by Logan Ballard to put the Indians up 34-7 which really set the Homecoming crowd at ease. Jack Fleming blocked the Indians’ second punt of the night and Escort followed with his second touchdown run, a 14-yarder, to give Venice a 41-7 lead.

The Indians defense forced a safety on the next possession and on the ensuing free kick, Myles Weston returned it 74 yards for a touchdown and the Indians finally produced a wide enough margin for the expected running clock.

What It Means: The new FHSAA playoff rules meant that this game didn’t have many playoff implications. Lakewood Ranch knows they will play Manatee High while the Indians will host the North Port Bobcats.

Quote: “We did get stopped twice early and those were some mistakes, but we finally got going. For once Colin (Blazek) looked human.” — Indians coach John Peacock