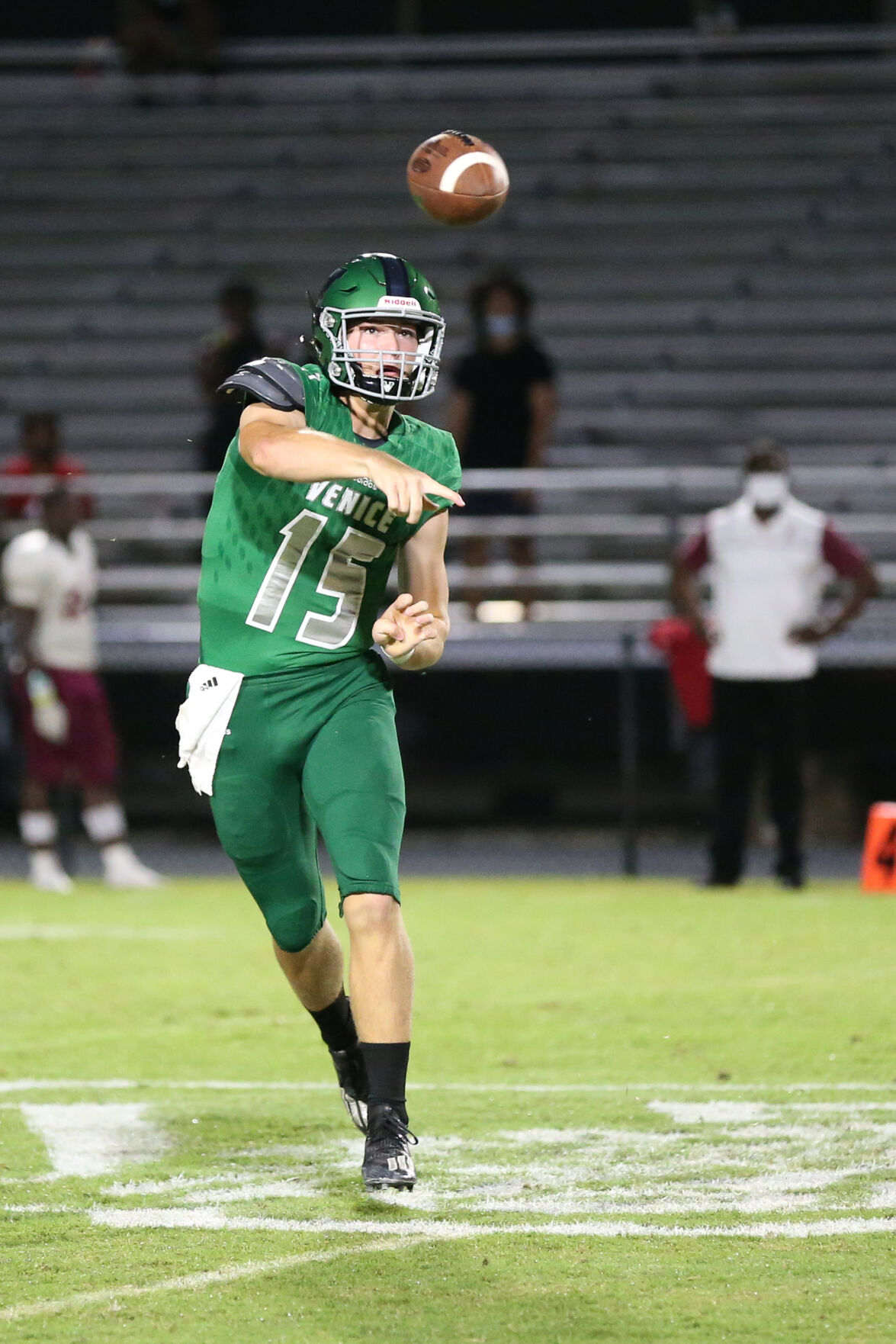 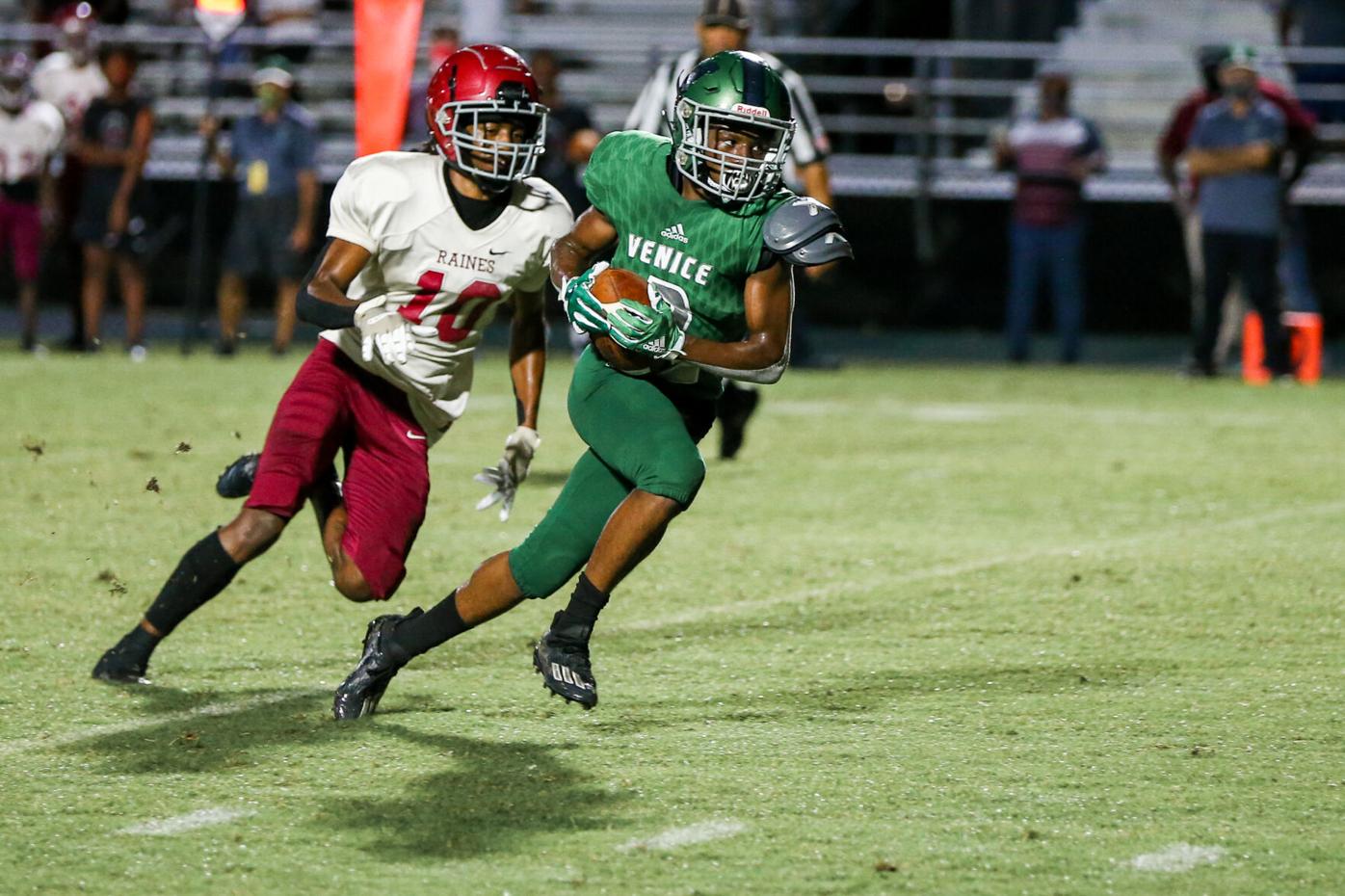 Venice wide receiver Keone Sears gains some yards for the Indians with a carry.

Venice wide receiver Keone Sears gains some yards for the Indians with a carry.

VENICE - Colin Blazek threw for 225 yards and two touchdowns and Dam'Rion Escort added another 106 yards on the ground as the Venice High School football team got on the win column with a 40-6 victory against Raines of Jacksonville at Powell-Davis Stadium.

The Indians (1-1) got a 59-yard touchdown run from Steffan Johnson, a 25-yard pass from Blazek to Jayshon Platt, and another long scoring run from Escort to give Venice a 20-6 halftime lead before blowing the game open in the fourth quarter on touchdown runs by Dylan Turner and Carson Smith and Johnson's second touchdown on a 38-yard pass play.

The Vikings (0-1), playing their season opener and acting as a pinch-hitter for Vero Beach, Venice's original opponent, got a long touchdown run from quarterback Carleton Butler early in the second quarter that briefly tied the game at 6, but penalties and the five-hour trip from Jacksonville took its toll.

KEY PLAYS: Raines went for it on fourth and 1 from its own 26 and didn't get the first down, leading to the Platt touchdown pass. Raines had its own first-and-goal situation, but a personal foul ended that drive leading to an 89-yard drive for Venice, with Escort's run the payoff.

WHAT IT MEANS: For Raines, it was a chance to knock the rust off. Venice was able to regain its offensive confidence after its loss last week as the Indians had a balanced attack all night.