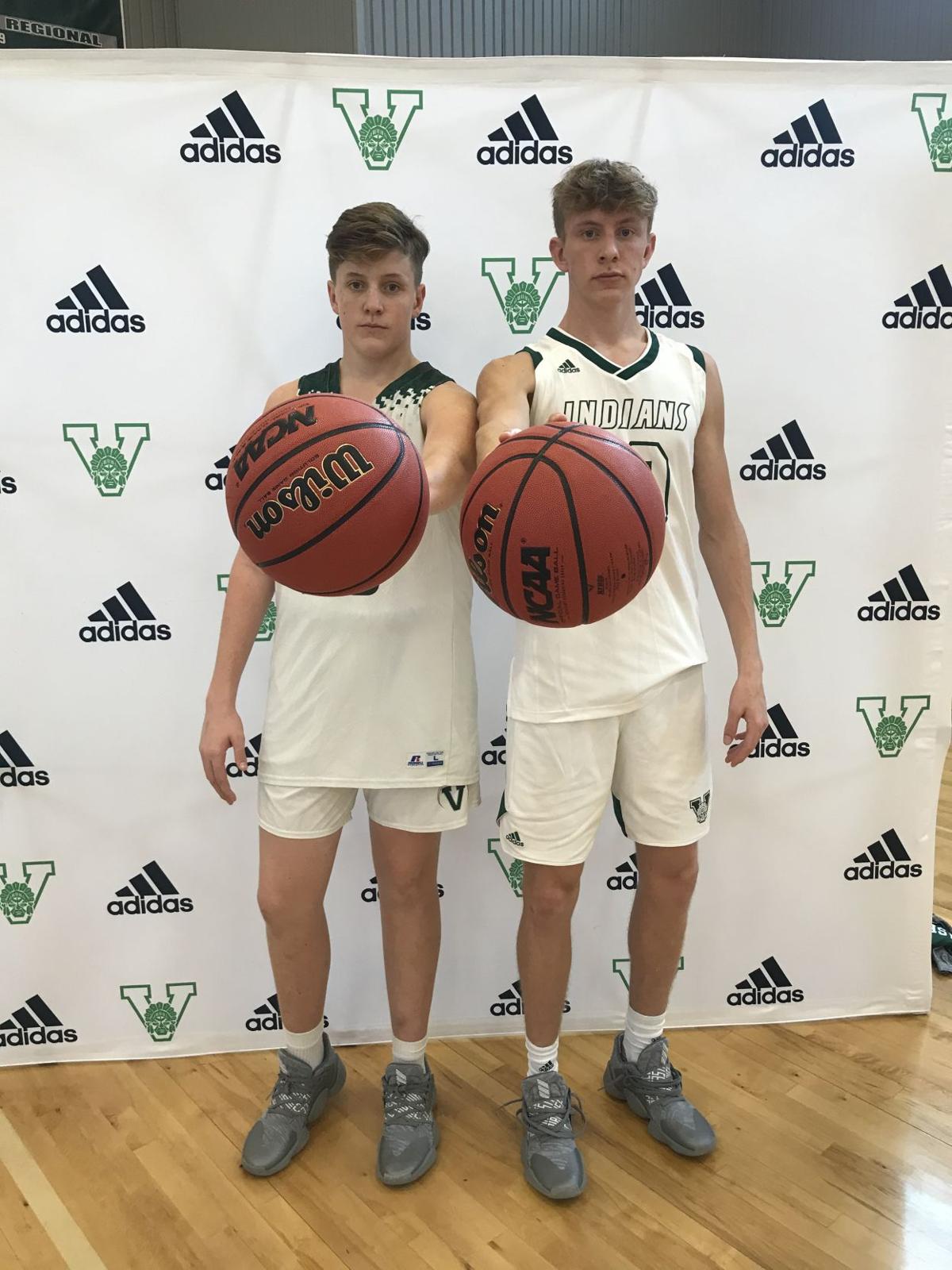 Brothers Keegan, left, and Tristan Burroughs are dealing with life after a fatal car crash that left them physically and mentally hurt in late December. 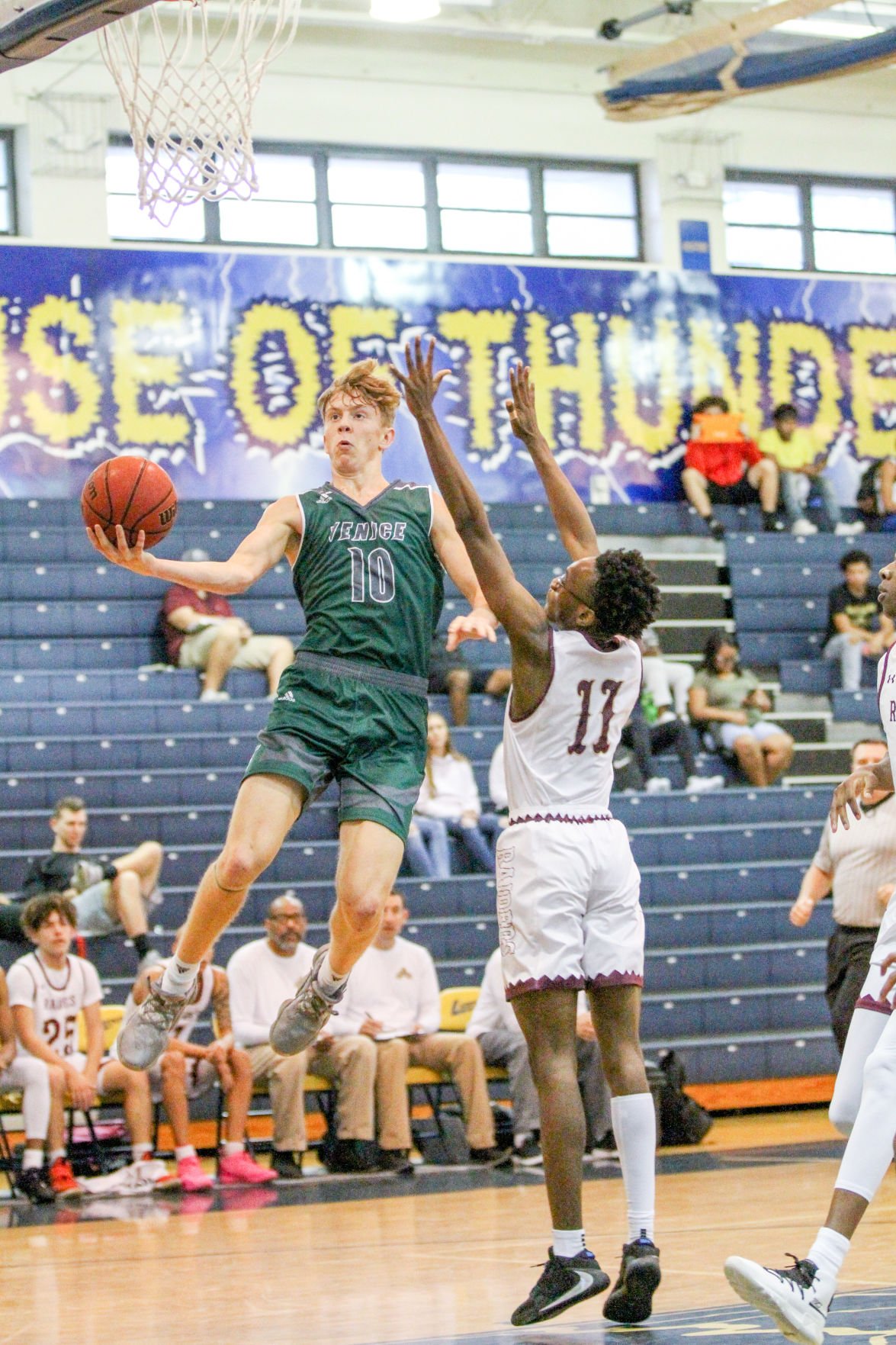 Tristan Burroughs has turned to basketball to help him cope with tragedy. 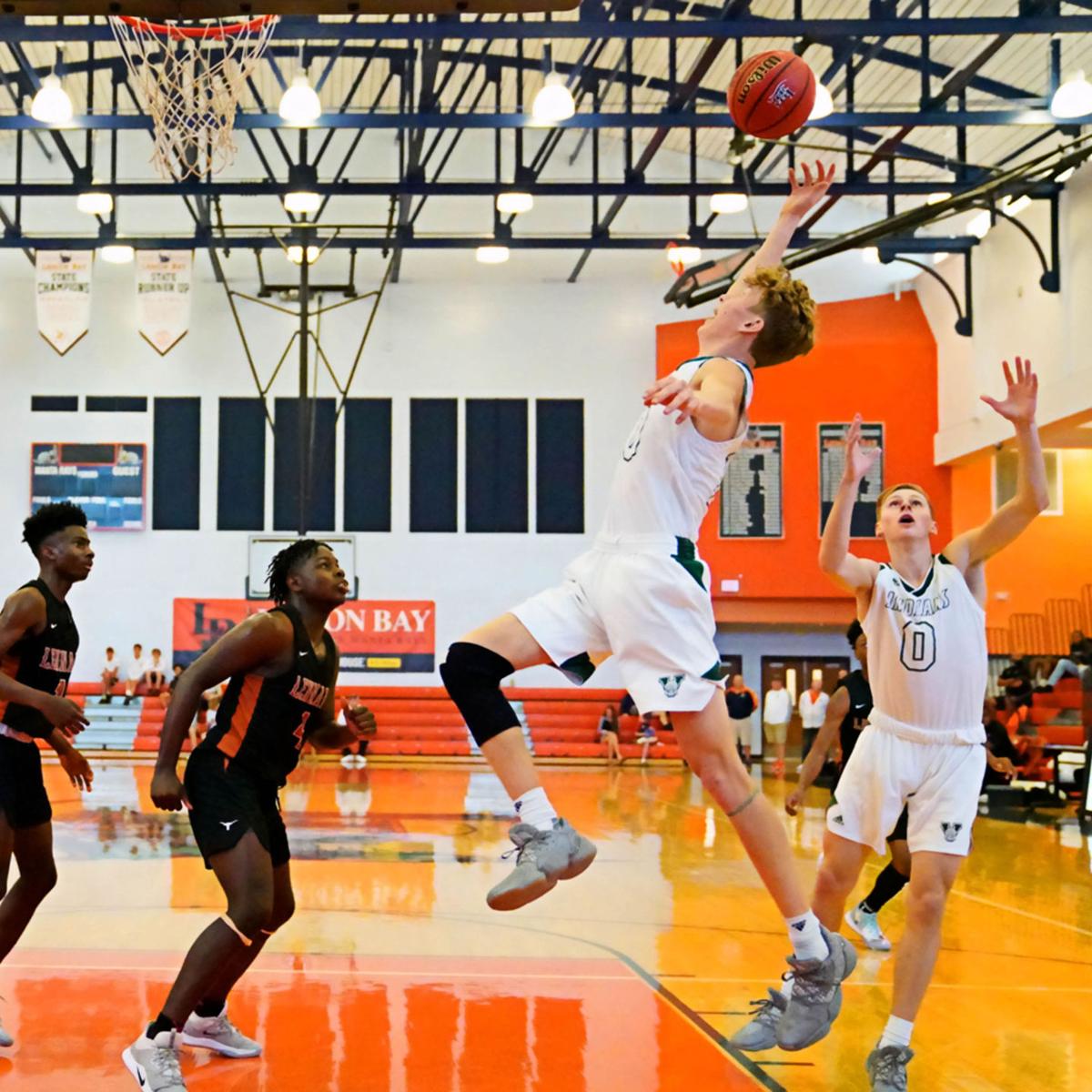 It took some time for Tristan Burroughs to get back to being himself on the basketball court after sustaining some minor injuries in a car crash to his knee and back.

Brothers Keegan, left, and Tristan Burroughs are dealing with life after a fatal car crash that left them physically and mentally hurt in late December.

Tristan Burroughs has turned to basketball to help him cope with tragedy.

It took some time for Tristan Burroughs to get back to being himself on the basketball court after sustaining some minor injuries in a car crash to his knee and back.

It seemed like any other Saturday for brothers Tristan and Keegan Burroughs, a morning basketball practice and a couple of errands to the cell phone store and to get their hair cut.

But in the early afternoon of Dec. 21, the two Venice High basketball players saw their lives flipped upside down in an instant.

Driving his father’s Mercedes southbound on U.S. 41 in North Port at about 1:50 p.m., Tristan collided with a Dodge minivan that pulled out in front of him near Lazy River Road, according to police reports.

The driver of the minivan, 70-year-old Thomas Roushar of Minnesota, was pronounced dead at the scene. According to the preliminary report, authorities were not sure if Roushar was wearing a seat belt.

Tristan recalls thinking immediately after the crash that “I never thought this would happen to me.”

“It was crazy. The first thing I thought of was my brother and making sure he’s OK,” he said this week. “I don’t think it hit me until I got in the ambulance and started thinking about everything.”

Tristan was sent by ambulance to Sarasota Memorial Hospital to tend to non-serious injuries.

Meanwhile, Keegan, 15, was transported to Tampa General Hospital via Bayflite after sustaining a broken wrist and injuries to his knee that required surgery.

Later that night, Tristan’s coaches and teammates visited him in the hospital to see how he was holding up.

“Your heart drops and you go, ‘Oh my god,’” Venice boys basketball coach John Flynn said of hearing about the Burroughs brothers being involved in a car crash. “On my way up to the hospital, my wife texted me a picture of the crash and it was unbelievable that they’re OK.

“It was a tragedy, but we’re so thankful that they’re gonna be alright.”

Tristan and Keegan had the good fortune of having their entire family down for the holidays — including six other siblings and both parents. Tristan said his older siblings helped make Christmas possible for the family and have helped the brothers try to process the trauma of being in a crash which resulted in a fatality.

Keegan had a pin put in his wrist and has about six months of rehab ahead of him — ending his season with the JV basketball team. But Tristan, whose injuries were considered minor, returned to the court within a week — playing against Lennard High in a holiday shootout at Lemon Bay High School.

“Obviously the first couple of games, he wasn’t all there,” said Tristan’s father, Steve Burroughs. “But the coaches and players recognized that. They came to see him at the hospital and they’ve been by the house to see him. I would say his coaches and his team have really propped him up.”

The 6-foot-5 junior has averaged 8 points and 6 rebounds this season as he’s been one of the team’s most improved and reliable players — elevating himself from a bench role to the starting lineup.

Though there have been moments when the mental and physical repercussions of the crash have limited him on the court, he said there’s no place he’d rather be as he tries to overcome the crash.

“Basketball is helping me get back to normal,” he said. “Besides family, basketball is everything to me. I love to play.

“If I’m in a bad mood, I can play basketball and it takes the weight of everything off of me.”

As life moves on, there’s still a lot for the Burroughs family to deal with. Along with overcoming the injuries they sustained, Tristan and Keegan will always have the weight of the crash in the back of their minds.

It would be difficult for anyone to process, let alone teenage boys in the midst of their high school basketball season. With time, their injuries will heal, but the brothers will always have a lifelong lesson in just how quickly everything can change.

“I was just thankful that me and my brother were OK,” Tristan said. “I really could have just died so easily. So it’s like I have another chance at life and everything.

“I want to take full advantage of that.”