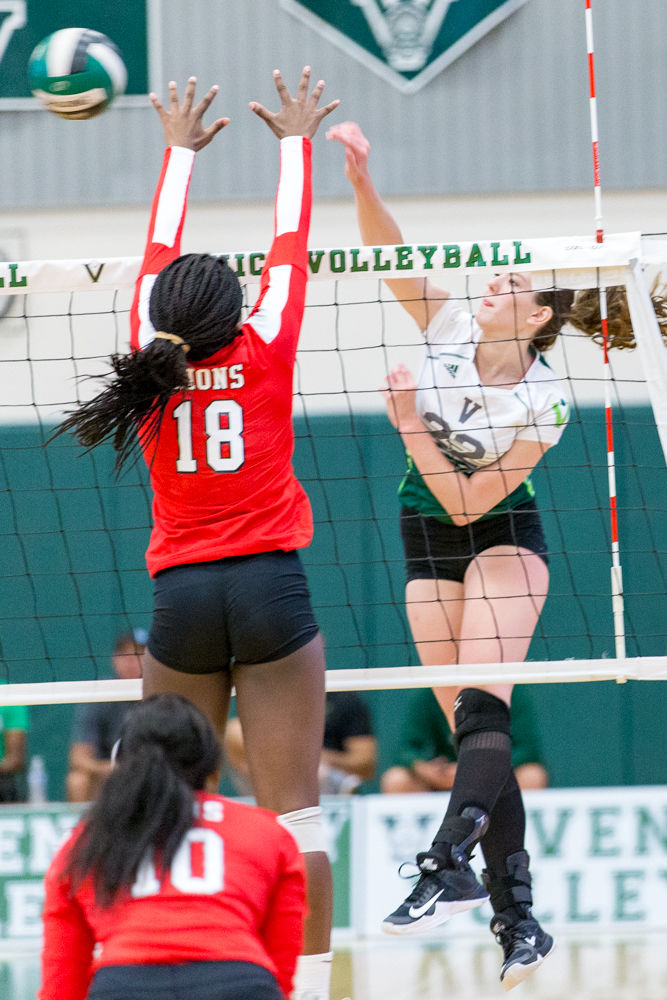 Senior outside hitter Sadie Kluner has already beaten Leon twice in her past two years with Venice. One more win will secure the Indians a spot in next weekend’s state championship match in Fort Myers. 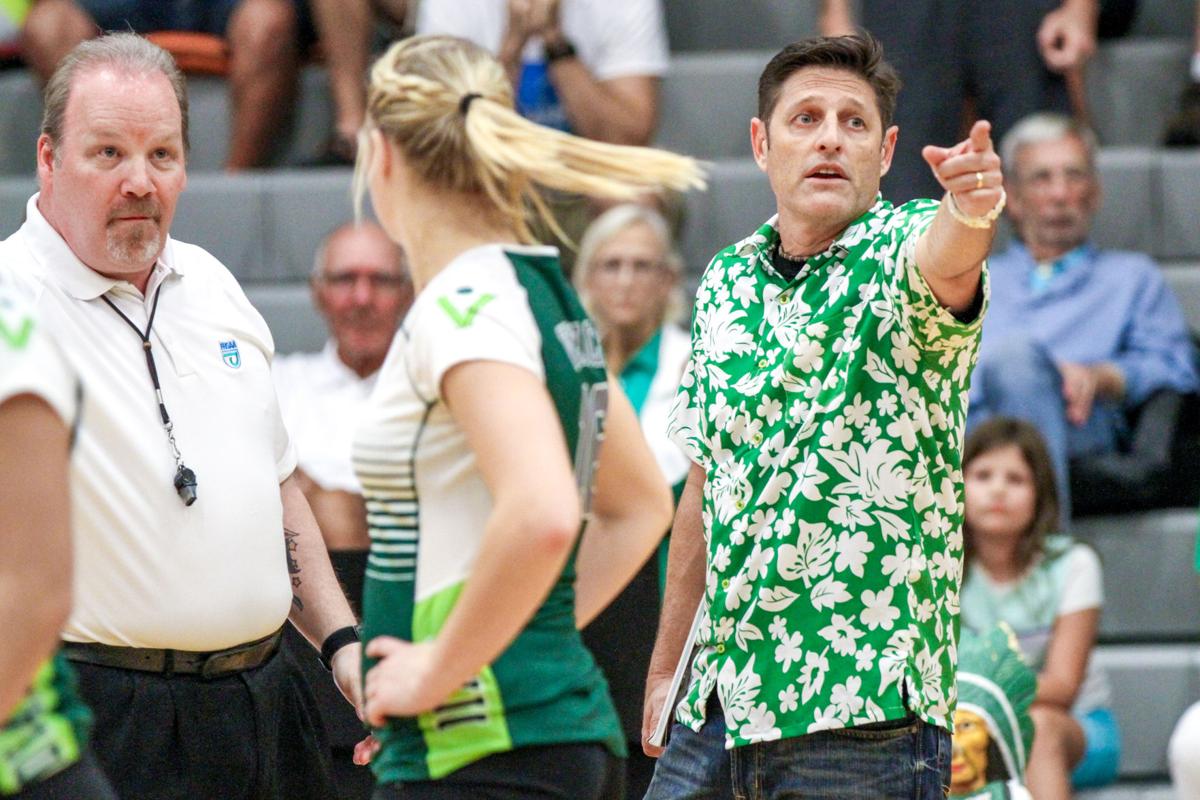 Brian Wheatley has won five state championships coaching Venice and knows what it takes to beat Leon, besting them twice over the past two seasons.

Senior outside hitter Sadie Kluner has already beaten Leon twice in her past two years with Venice. One more win will secure the Indians a spot in next weekend’s state championship match in Fort Myers.

Brian Wheatley has won five state championships coaching Venice and knows what it takes to beat Leon, besting them twice over the past two seasons.

When the Fort Myers volleyball team came to the TeePee on Tuesday night for the regional championship, Venice nearly met its match.

The Green Wave rallied to win an intense fourth set by two points — pushing the match to a fifth and final set that the Lady Indians won from start to finish.

Their reward for the victory was another regional title (13th overall and 7th of the past 8), and a five-hour drive north today to play Leon High (Tallahassee) with a spot in the 6A state championship on the line.

“At the end of the day, it’s a court and a net of the same size,” Venice coach Brian Wheatley said. “It doesn’t matter who the better team is on paper. The team who plays the best on Saturday is gonna win the game. That’s really all that matters.

“We’ve been in tough environments all year specifically for reasons like this. I’m expecting us to go up there and play really hard with a lot of grit, a lot of heart, a lot of determination and go for it.”

Not only will the Indians have to wake up early today to board a bus for Tallahassee, but they’ll also be playing in a small and hostile gym against the No. 1 team in Florida.

The Lions (27-3) are also ranked No. 6 in the country, barely losing any matches all season long. Their losses have come in five sets to Trinity Catholic (Aug. 23) and Hagerty (Oct. 11) and a loss in straight sets to Laguna Beach in the Durango Classic in Las Vegas.

But despite Leon’s formidable record and ranking, Venice is no stranger to beating the Lions.

Last season, the Indians dealt the team a 3-0 sweep at the TeePee and in 2017, Venice beat them, 3-1, to secure its fifth state championship.

“Some of those same players are still going against us,” Wheatley said of beating Leon twice in the past two years. “They’re very athletic and they’re well coached. It’s a great program and they’ve been a great program for a really long time.

Though none of Leon’s starting players eclipse 6-feet, they have an athletic team that can jump with the best of them. They’re led by a pair of seniors in Shania Cromartie — a 5-foot-9 outside hitter who won a state championship in the high jump this spring. So far this year, she leads the team with 366 kills (3.9 per set). Alongside Cromartie is senior A’nylah Cobb. The 5-foot-10 middle hitter is committed to play for Alabama State University and has the second-most kills (306) and blocks (63) on the team.

But that’s not where the Leon offense ends, as the Lions also have sophomore Cailin Demps (273 kills) and junior Macy Maxwell (183 kills) who they can go to on offense — giving them an unpredictable attack.

However, Venice has also proven to be an unpredictable team.

After a .500 regular season record, the Indians have lost just two sets in the playoffs (both to Fort Myers) to get to this point. A big factor in their postseason domination has been the emergence of middle hitters Kiki Montgomery and Paden Keller.

Both new to varsity this season, it took some time for the two sophomores to get adjusted, but the hard work has finally started to pay off. In the regional championship, the two combined for 17 kills as they opened up the offense for Sadie Kluner to slam down a team-high 28 kills.

“Varsity is so much more up-tempo,” Keller said of getting used to the jump from the freshman team to high-level varsity play. “The only thing I had to adjust to is my own speed, because I was a lot slower. It took a lot of coaching from coach Wheatley and coach Lanham.

“But Kiki and I have gotten a lot faster throughout the season and the other blockers can’t stop us because they’re a lot slower. So we’re used as an outlet for the offense.”

Though several Indians players like Montgomery and Keller are making their first-ever trip to the Final Four, they’re not shying away from the challenge of playing one of the best teams in the nation with their season on the line.

“I’m more excited than intimidated,” Keller said of facing Leon in its home gym. “I think it’s gonna be a cool experience.”

“I think we can win because we’ve put a lot of hard work into this and we all really want this. We all believe in each other and the coaches believe in us. We have the potential to do it.”