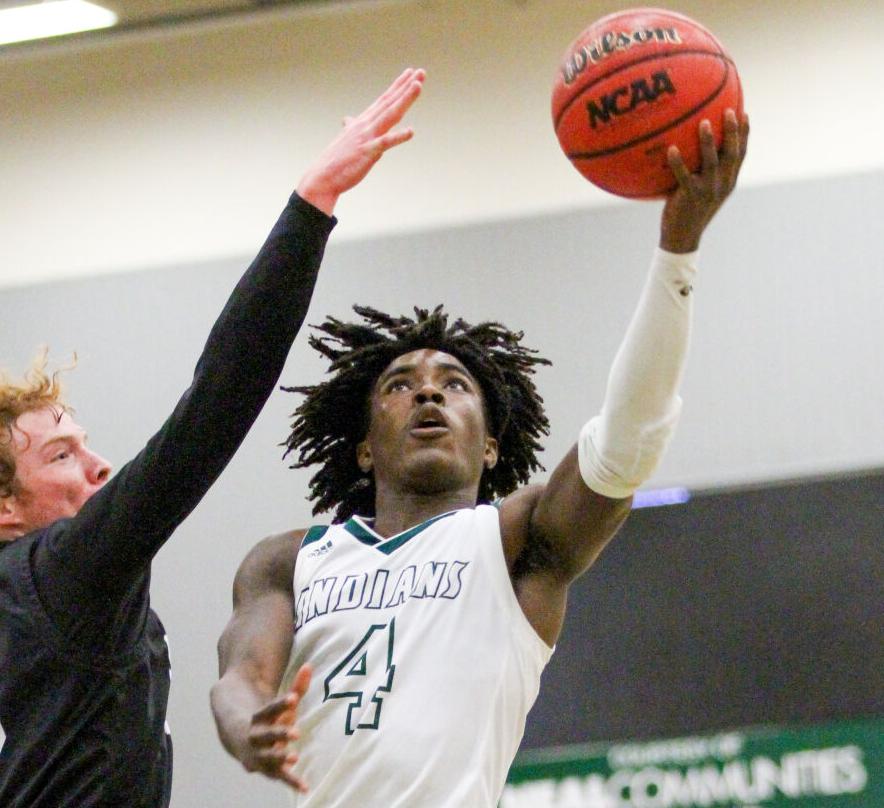 Myles Weston scores for the Indians with a layup during Tuesday’s home game against Sarasota High School. 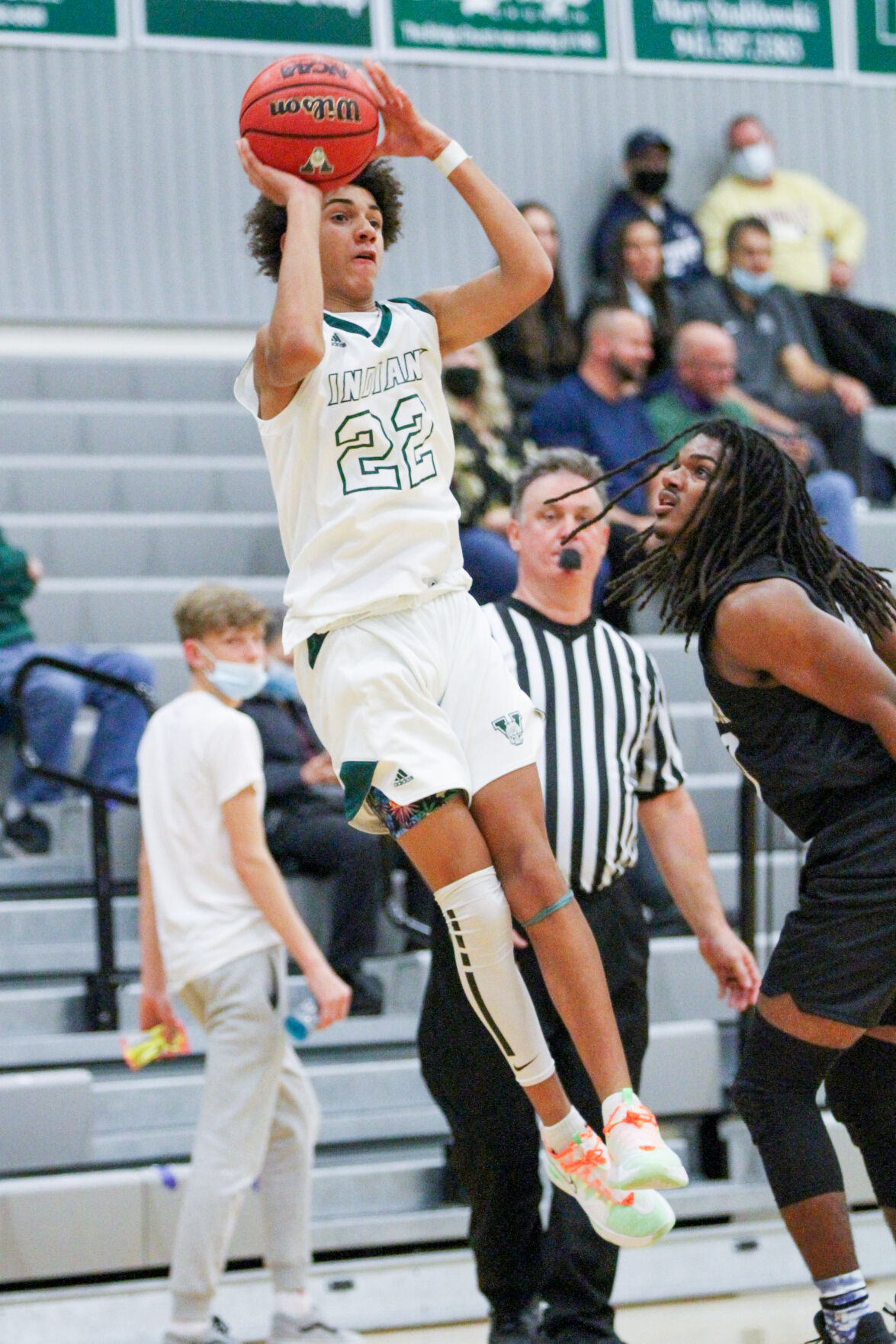 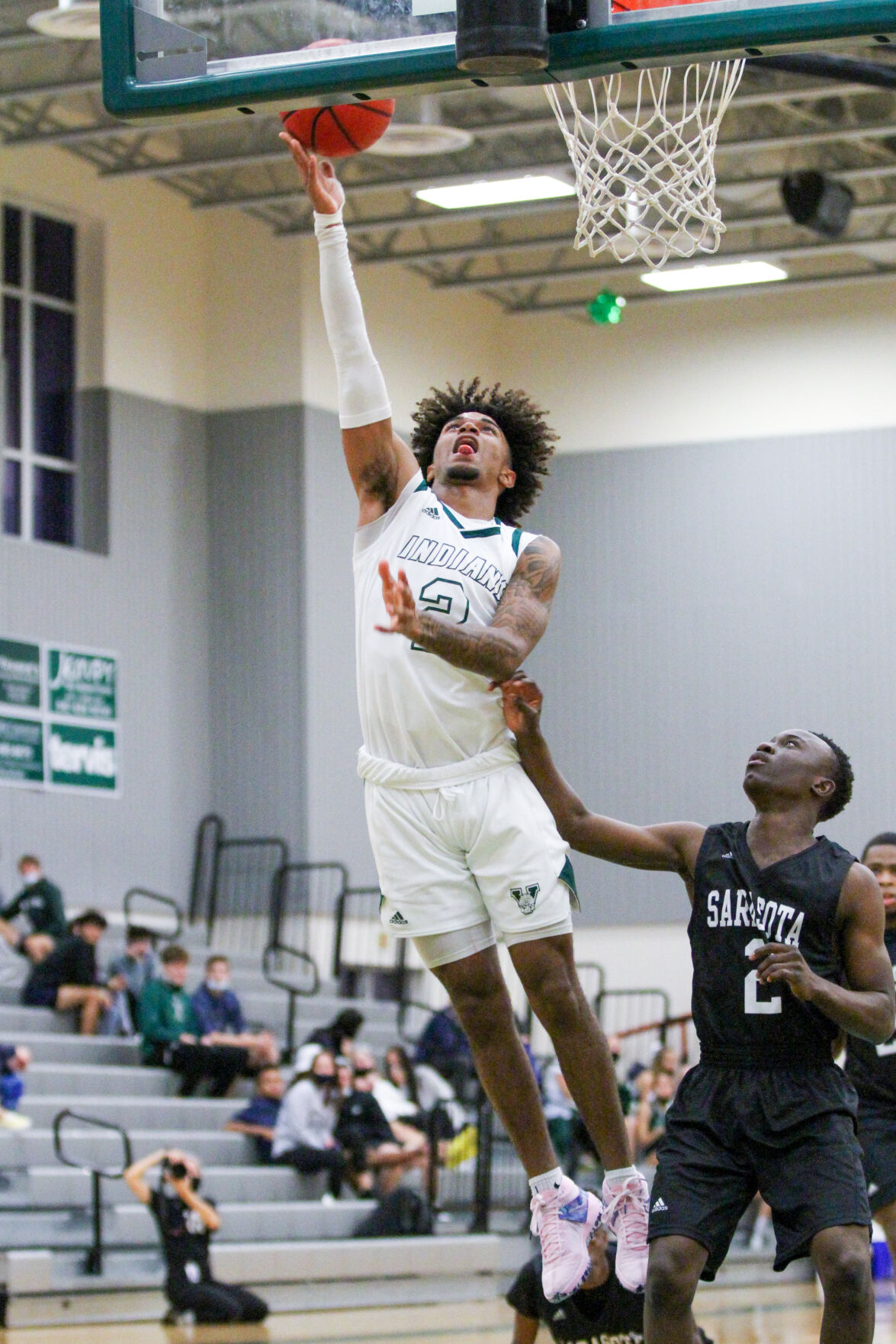 Myles Weston scores for the Indians with a layup during Tuesday’s home game against Sarasota High School.

It was only a matter of time until Myles Weston and Jayshon Platt got comfortable for the Venice boys basketball team.

The two have played basketball together since their AAU days with Team Mad in middle school and have carried that chemistry into high school — both playing wide receiver for the football team and guard for the basketball team.

Tuesday night against Sarasota, the two guards took over for the Indians, combining for 30 points and limiting turnovers as they held on for a 65-62 win at the TeePee.

“The first few weeks I felt way outta shape and kind of out of place,” said Weston, who joined the team late after football season along with Platt. “Right after Christmas break is where I felt like I got my legs back. But now I feel like I’m right where I need to be.”

If this game were played a few weeks ago, however, Venice (7-6) might have blown its lead.

The Indians lost five of six games from Nov. 24 to Dec. 28, including back-to-back losses by five points or less — as crucial turnovers and fouls soured the end of games.

Since then, they’ve won five of their last six.

It was looking like Venice was in for a bad case of deja vu toward the end on Tuesday, though.

That lead wouldn’t be enough to avoid a scare, though.

Sarasota went on a scoring run that included five 3-pointers (two from Ashton Orton and three from Larsen Carr) to cut the Venice lead to 61-57 with under two minutes to play.

But the Indians had a plan.

They kept the ball in the hands of Weston — who made two two-pointers and shot 6-for-6 on free-throws in the fourth — to hold off the late charge.

It hasn’t just been Platt and Weston, as forward Tristan Burroughs (16 points, 4 rebounds) has been a much-needed presence in the post and guard Michael Clayton (7 points, 3 rebounds) has provided a spark at times.

But there’s no doubt that the Indians’ two junior guards are at the heart of their success — even though it took some time for them to catch up to speed.

“The kids who were here all summer have a really good concept of running the offense and getting in position,” Montgomery said. “Jay and Myles make the plays happen, and the kids who have been here know if they’re in the right spot, they’ll get it to them.

“When (assistant coach) Danny (Arden) and I practiced with them, we were Jayshon and Myles. We would cut and get them the open shots. We told them, ‘When Jay and Myles get here, that’s what it’s gonna be. You better be ready with your head on a swivel because they don’t miss open guys.”