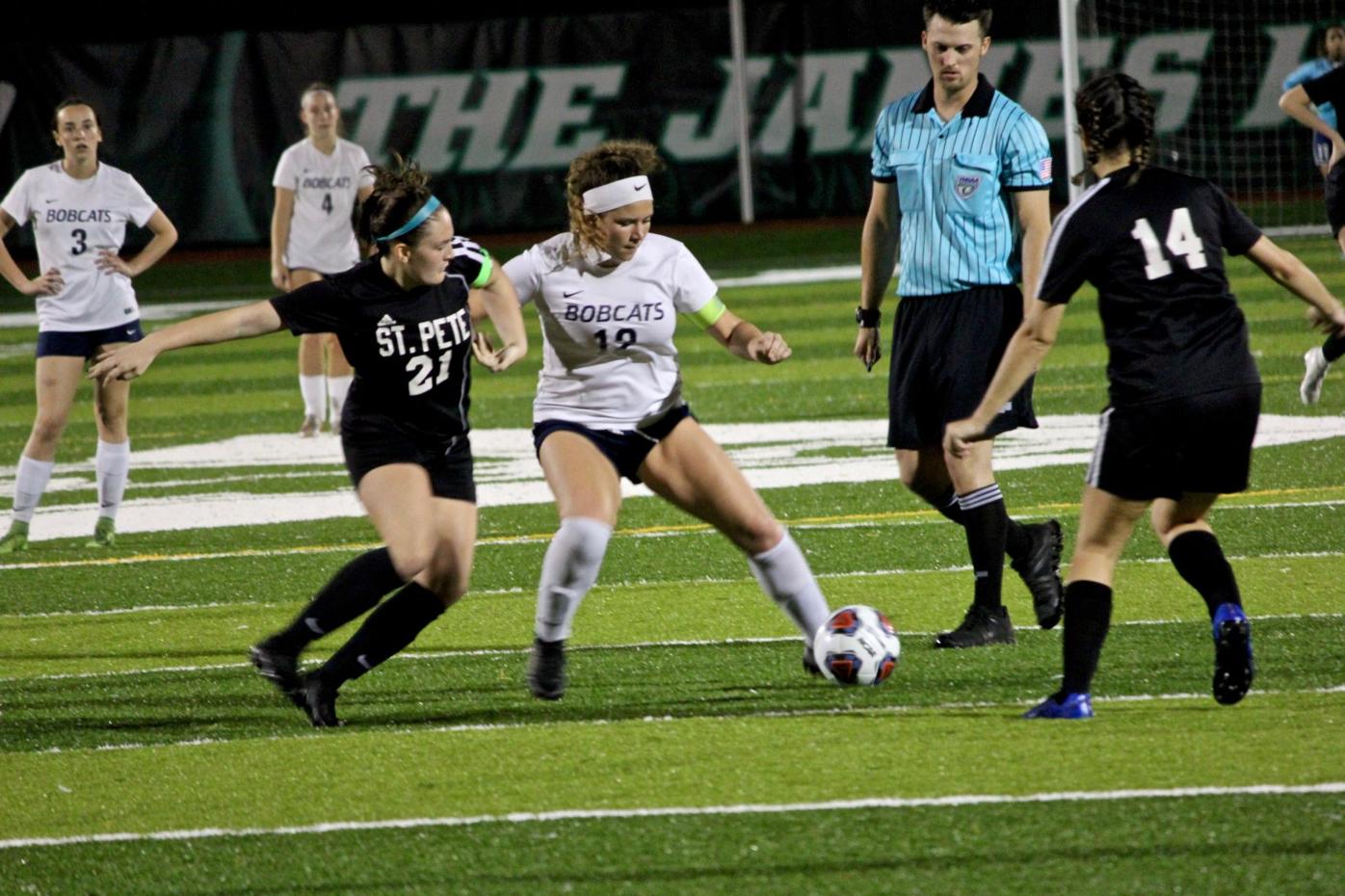 North Port’s Aleena Purvis was hoping to use her spring and summer to get college exposure and earn some offers, but that’s no longer in the plans after an outbreak of the coronavirus has put athletics on hold. 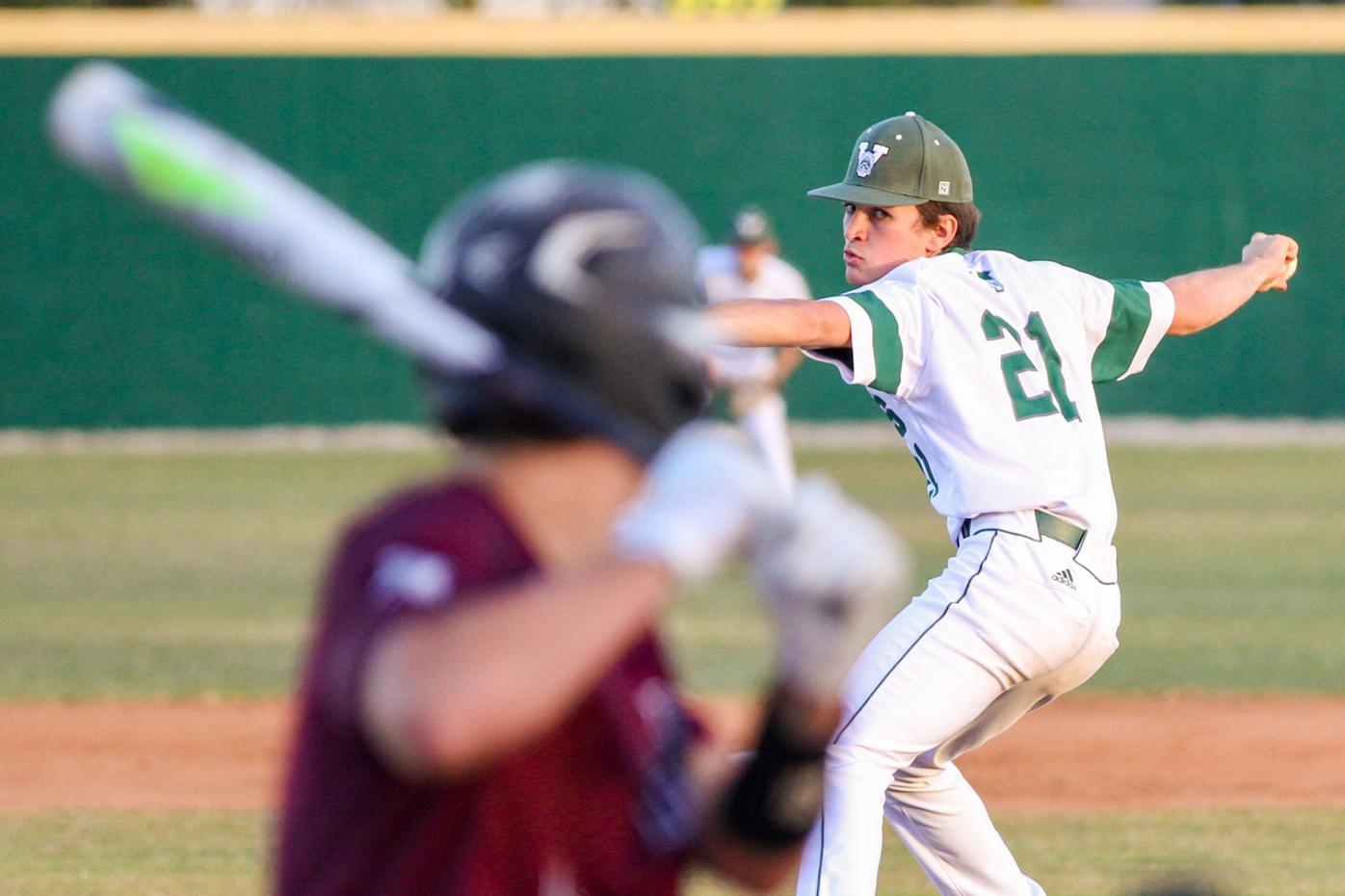 Ryan Marti (1-0) had allowed one earned run while striking out 12 over 12 innings this season, but is faced with an uphill recruiting battle after playing for three years as a backup infielder.

North Port’s Aleena Purvis was hoping to use her spring and summer to get college exposure and earn some offers, but that’s no longer in the plans after an outbreak of the coronavirus has put athletics on hold.

Ryan Marti (1-0) had allowed one earned run while striking out 12 over 12 innings this season, but is faced with an uphill recruiting battle after playing for three years as a backup infielder.

Several questions face Florida high school athletes as they wait for their sports to return — or end.

How do you stay ready without teammates? When will sports come back? And, perhaps most importantly for the upperclassmen, how does this affect collegiate recruiting?

Local athletes such as AJ Marquez of Port Charlotte football have already felt the effects of how recruiting has changed during the coronavirus pandemic.

Marquez, a junior offensive tackle for the Pirates, had his first full year on varsity this past fall and was just starting to reap the rewards for his hard work.

After compiling a highlight film from the season and sending it out to colleges across the country, he’s already earned offers from Army and Notre Dame College (Ohio), as well as an official visit to FIU.

However, that visit to FIU was originally scheduled for March 16 — five days after the NBA suspended its season — and has since been canceled with no idea when it can be rescheduled.

“It’s really frustrating because I’ve been talking with FIU for a while,” Marquez said. “I was really looking forward to meeting the coaches and I was really excited to go there. So it was annoying it got canceled, especially so last-minute.”

In the meantime, it might feel like there’s not much that can be done, but that’s not necessarily the case. Athletes can still stay in contact with college coaches they’ve connected with.

“Don’t feel like you’re bothering coaches. Give new information, share new video and continue to make this process as worthwhile as you can. We’re not spending hours on the field anymore, we’re spending hours on our email and the computer trying to learn as much as we can about these student athletes.”

Keeping in touch with recruiters can prove difficult if you haven’t had the appropriate exposure, though.

For some athletes, like North Port girls soccer star Aleena Purvis, this time of the year was supposed to be used for going to camps, visiting colleges and playing club soccer to get on the radar of college teams.

“A bunch of the camps I was signed up for all got canceled,” Purvis said. “My visits to schools have all been canceled. And I still haven’t gotten the offer I want.

“A bunch of colleges come to see us when we play in out-of-state tournaments for club soccer, and now that won’t happen, either. I’m going into my senior season and this is the biggest time for my recruitment. Hopefully it picks up soon.”

Even though junior year is the most influential time in collegiate recruiting, athletes like Marquez and Purvis will still have another school year to sort out their recruitment, and it’s likely they’ll suit up for their teams again.

However, that’s not the case for Ryan Marti, who’s played as a backup infielder for the Venice baseball team for three years, but was finally getting his chance to shine on the mound as a senior.

“I’ve been looking forward to it for a long time,” Marti said of his senior year. “Especially me finally pitching again has been super fun. But things happen and you kind of just have to deal with it. I’m just sad that it’s over for now.”

Marti is a player who coach Craig Faulkner said has what it takes to be a collegiate pitcher, but how does a kid get recruited with just 12 innings of varsity pitching under his belt?

Well, in a time when most recruiters aren’t 100 percent sure who is even returning to their respective teams next year, there’s not a clear answer.

“We’re in uncharted waters on all sides,” Mercandante said. “We’re still trying to get information from the NCAA about how things are gonna go forward on our end and that directly affects the way you recruit. Some of the needs you thought you’d have might not be needs anymore.

“It’s really important that student athletes keep up the communication and the dialogue. Emails, sending videos, game footage. Anything you can do on that end helps us because our information is one-way right now.”