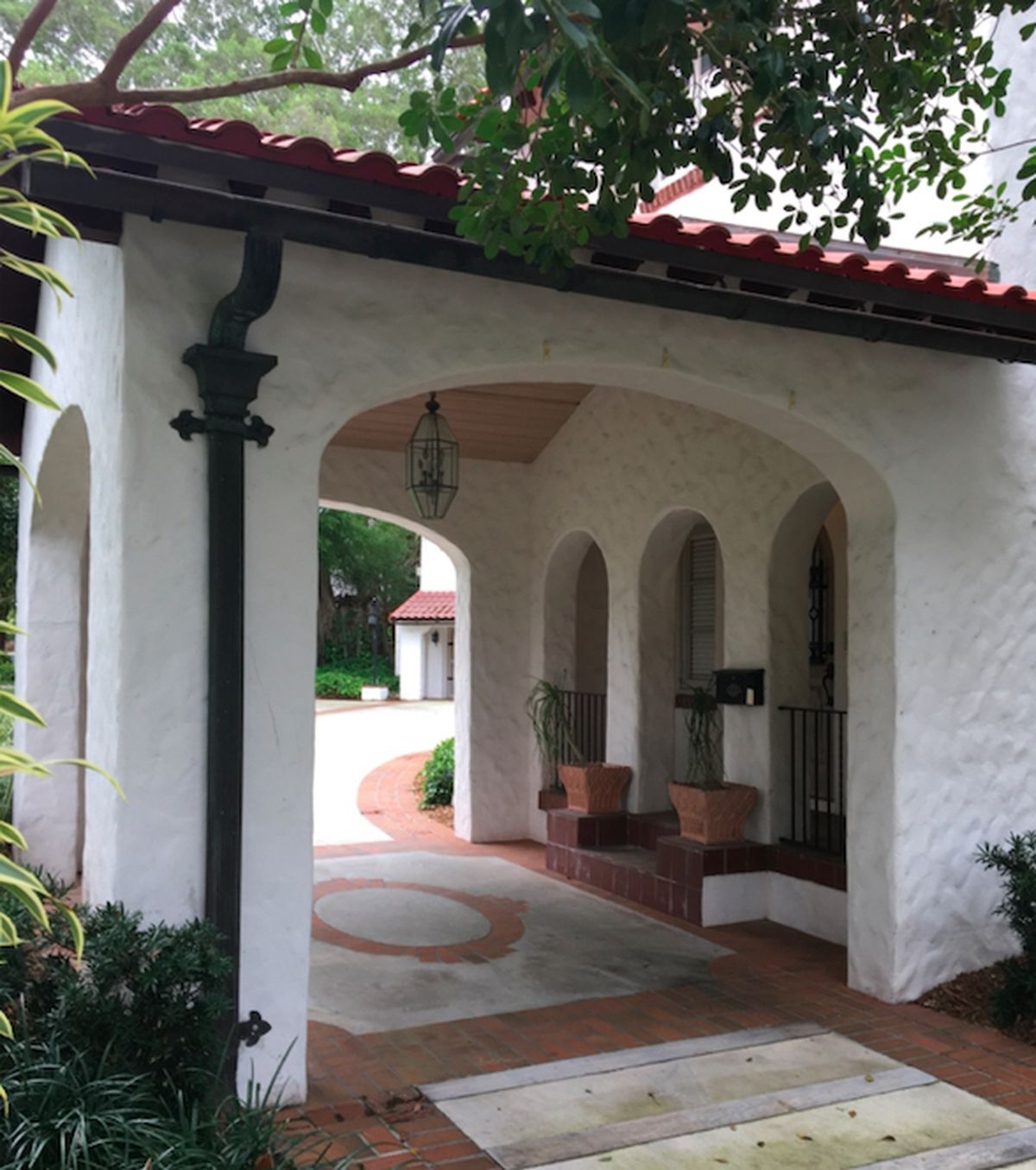 Elegant porte cochère at 605 W. Venice Ave. with the garage just visible in the back. 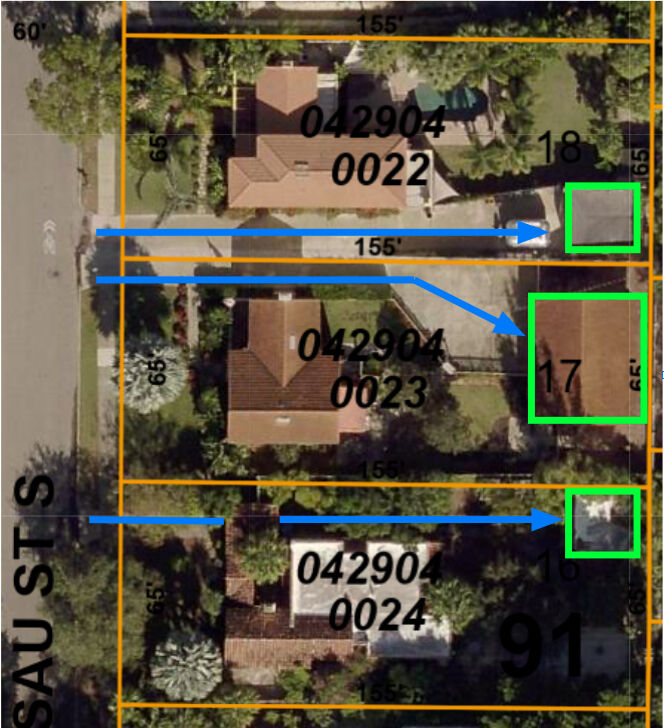 Satellite view of Venice homes on Nassau Street South, including the garages. 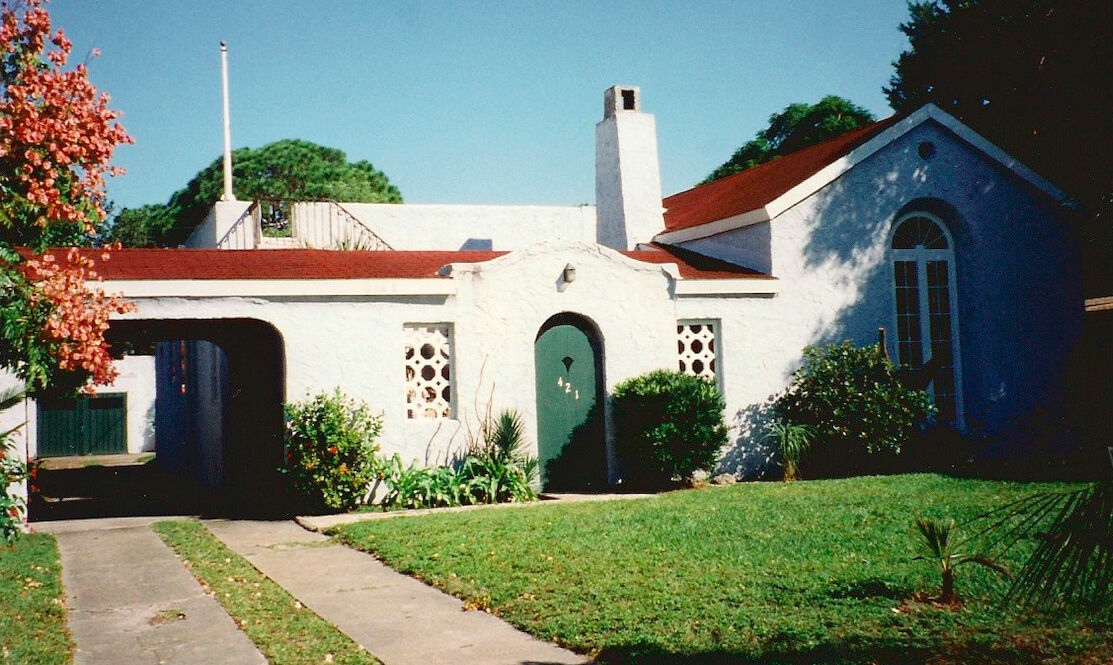 A porte cochère at 421 Nassau Ave., which is integral to the building’s façade. 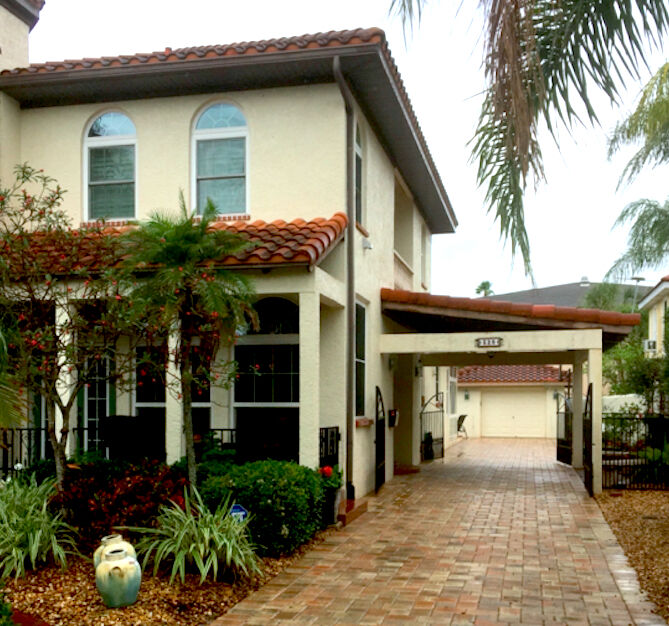 Elegant porte cochère at 605 W. Venice Ave. with the garage just visible in the back.

Satellite view of Venice homes on Nassau Street South, including the garages.

A porte cochère at 421 Nassau Ave., which is integral to the building’s façade.

Editorial note: The views expressed herein are solely the personal views of the author and are not intended to represent the views of the city of Venice nor the city’s Architectural Review Board. Ronald Musselman may be reached at rlmvenice@gmail.com.

Architecture is an intersection of design and daily human needs.

Graciousness and security are qualities often attributed to the visual aspect of architecture but are also very evident in the functionality of architecture, as well. Today’s column will trace these qualities as they relate to transportation and its influence on Venice’s early architecture.

As Venice reflects European Renaissance design, let’s for a moment look at how Renaissance architecture accommodated the transportation of the time. Inner-city residences had to be fortified against crime so, especially for the most opulent residences, there was a high security wall around the property, with a secure pair of large, heavy doors through which a carriage and horses passed. These doors were called “portes cochères” (coachman’s doors). Once inside, the occupants were let out close to the “front” door and into the grand entry salon (actually in the rear of the building) and the horses and carriage proceeded to their stables and shelter at the rear of the property.

In America the need for heavy security wasn’t as great as in Renaissance Europe, so the protective wall and its large entry door were not needed. A simple driveway, or carriage path, allowed entry to the property, and the carriage driver, if carrying passengers, could let them out and proceed to the stables and carriage house. Now, let’s think for a moment about where the stables would logically be.

Placing the stables at the front of the property would certainly be a distraction from the design of the residence. Also, horses and their attendant flies, etc., wouldn’t be the best welcome for guests.

So the logical stable location would be at the rear of a property. To confirm this, I consulted a 1913 fire-insurance map of Orlando. Of seven properties on a typical block, five had stables, and all were at the rear.

By the mid 1920s, automobiles had replaced horses and carriages, but it still seemed logical to house the automobile where the carriages and horses had been. One reason for this was security from the uncertain danger of a gasoline-powered machine, including vapors and possible fire. (Even today, building codes require special fire-isolation measures for attached garages.)

Another reason for a rear location for automobiles was that there already was a building there — the stable/carriage house.

Repurposing it made good sense. But what to call it now? Automobile stable? Buggy house? (The latter choice didn’t sound good, especially in Florida.) Among several candidates, the word “garage” was introduced to English in 1902 and quickly became standard. It comes from the French, “garer,” “to shelter.” Thus, garage means a sheltering place. The verb form of garage came into use four years later.

A satellite photo of part of Nassau St. S. in Venice shows three 1926 houses, all three with garages at the rear of the property (green squares). In fact, most garages in Venice from the 1920s are at the rear of the property unless lot shape dictated a different location as with 504 Nassau St. S. that I discussed last time, but still well-removed from the main house.

I also said I knew of no garages attached to main houses from the Nolen era in Venice. A helpful reader pointed out that 501 Harbor Dr. S. does indeed have an original attached garage, but with entry from the side street.

This is all consistent with the times: a collection of 254 small house designs from the 1920s shows only three designs with integral (“attached”) garages, and two of those were toward the rear of the house.

Having a garage at the rear of the property left the design of the house façade a simpler task as in pre-auto days. Since a principle of Renaissance Revival design includes openings, both windows and doors, being about twice as high as wide, a garage door of any size just isn’t consistent with this design principle.

There have been a few new homes in the Venice area that have nicely followed the Nolen-era design with garages either in the rear or with a side entrance.

Apparently loading and unloading passengers on the driveway beside the house was routine, a carry-over from horse-and-buggy days.

As a result, some of the most gracious homes of that era included a covered porch (referred to as a porte cochère) at the main house in which a car could stop to let passengers out in inclimate weather.

The French phrase was repurposed from heavy doors through which a carriage passed to a covered porch for ingress and egress.

The original European version often had those heavy security doors leading to a short passage under part of the second floor to reach the inner courtyard. Thus, a covered entry is essentially true to the original larger concept of porte cochère.

The home at 421 Nassau Ave., has an excellent example of a porte cochère. The garage at the rear of the property can be seen through the porte cochère.

Entry to the house is through the front interior courtyard and into the living room on the right. The original width of the structure was increased by about a foot since construction.

A home at 625 W. Venice Ave. not shown here, but featured in my first article, has its porte cochère set back from the façade a bit, on the right, at the side entry door. In that case the porte cochère is more functional than design-enhancing.

Perhaps the most elegant example of portes cochères in Venice is that at 605 W. Venice Ave., shown in the opening photo.

While there will be a later column devoted to this house which was designed for the vice president of the Brotherhood of Locomotive Engineers. One can imagine this portico as the entry point for guests at fancy events with protection from the rain.

The chauffeurs could wait in the garage at the rear of the property (a small portion of which may be seen in the photo) or gather in the adjacent servants’ quarters after they braved the rain.

Sadly, those imagined scenes didn’t take place, if ever, until much later as this home was never occupied by its intended resident, but rather was home to vagrants for several years.

Another porte cochère in Venice belongs to a “new” house at 328 Pedro St. This house was built in 1994, but it looks like a very well-maintained Nolen-era house.

In this case, although the porte cochère is a bit back from the front, its roofline reflects that of the front porch and is thus a significant part of the design. The garage is at the back of the property.

There are several more actual 1920s portes cochères in Venice, including on Armada Drive South and Granada Avenue South.

Watch for them in your drives around town. Best to have two people in the car — one to drive and the other to look.

The shift from horse and buggy to the automobile resulted in a continued gentile placement and minor visual impact of the garage.

In many cases, a porte cochère served as gracious security from the elements. This is the nature of architecture, and that of Venice is no different: design not only for appearance, but to comfortably accommodate the lifestyles of the occupants.

We are fortunate to have well-maintained examples of this gracious architecture as part of Nolen-era Venice.