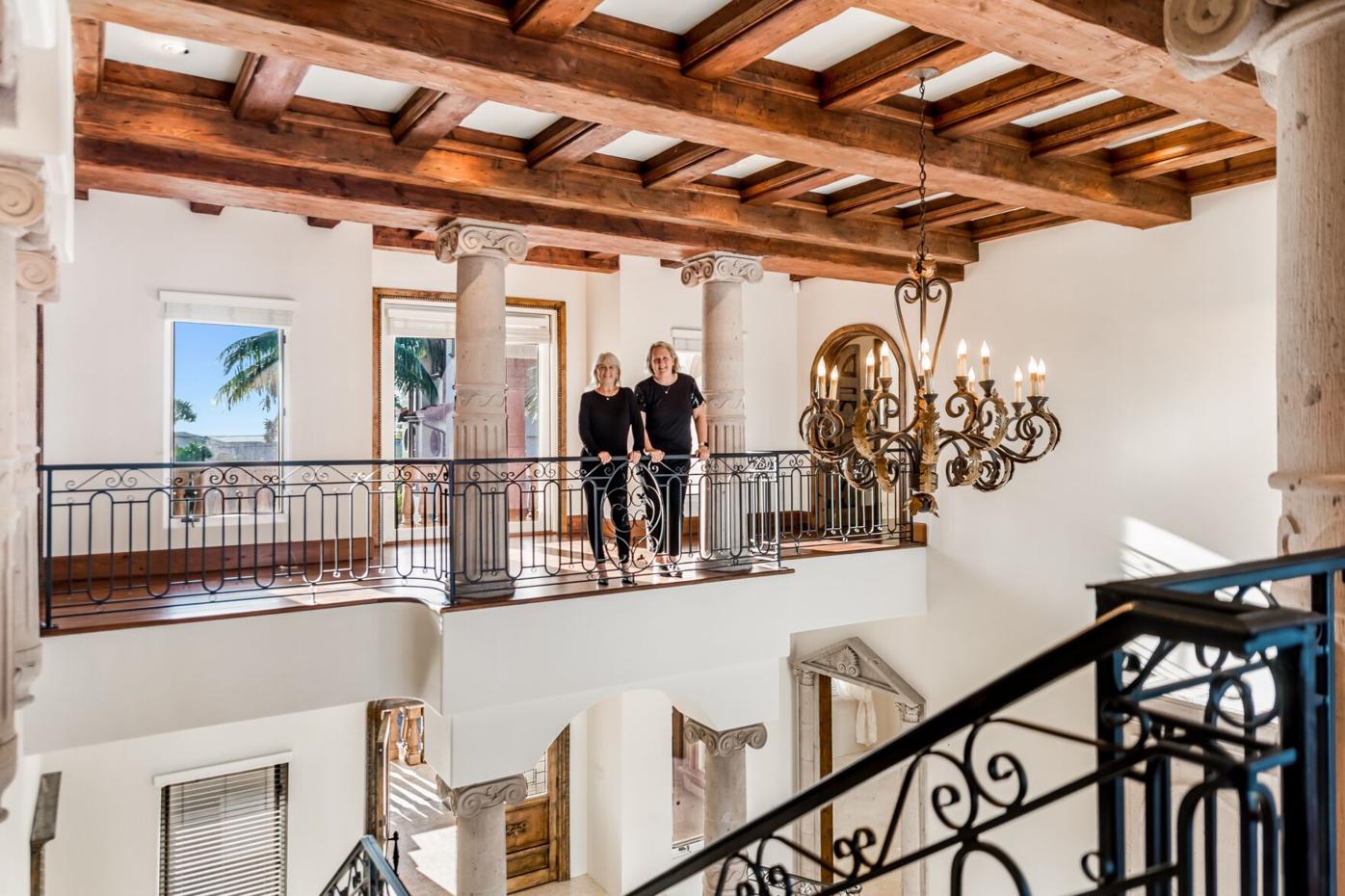 Kelley Ann and Katheren Ayers are shown in the upper balcony of the Tuscan Villa on Casey Key Road. A sales agreement was signed on this house in March. 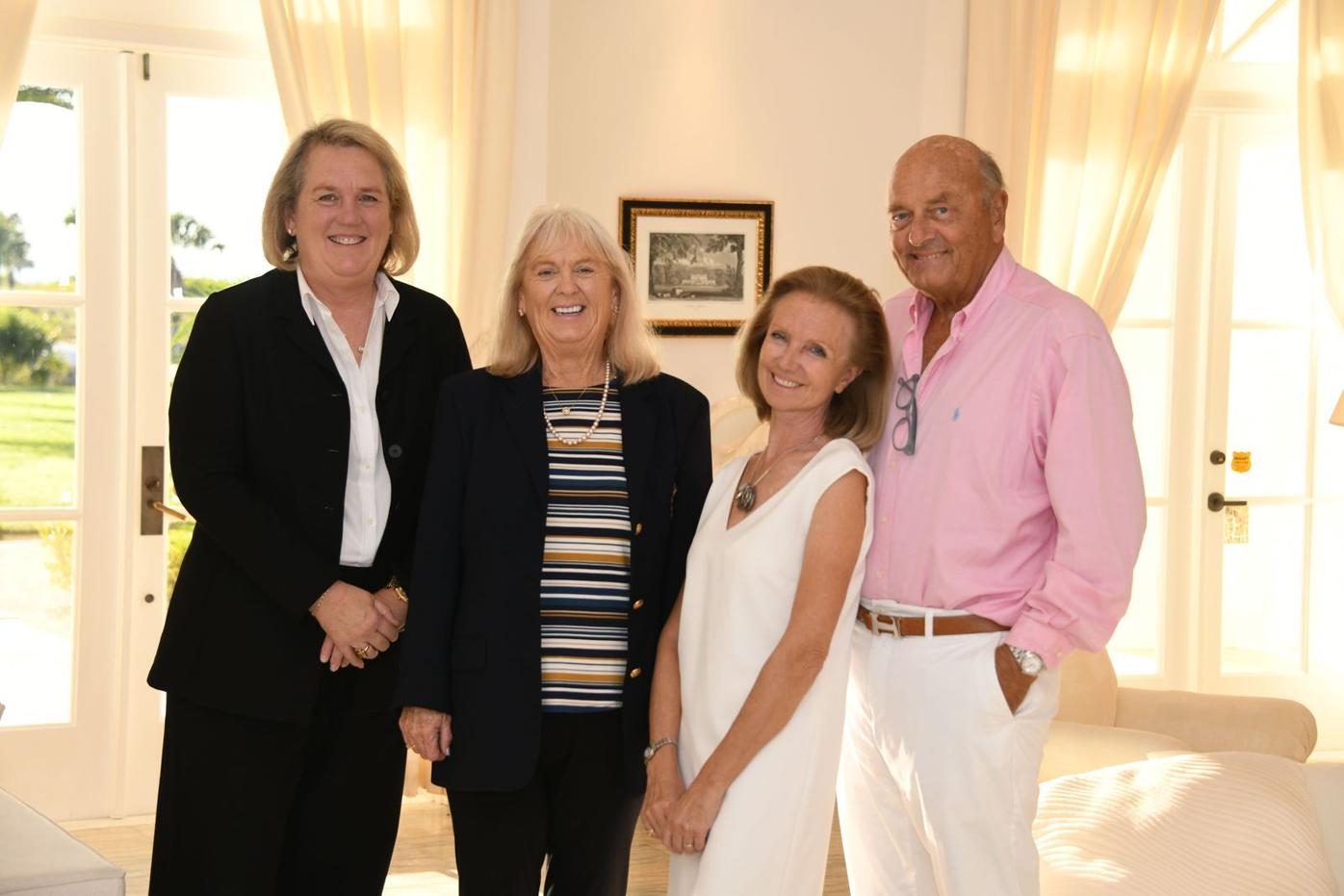 Katheren and Kelley Ann Ayers with the European countess and count whose home they have listed for sale on North Casey Key Road for $9,950,000. 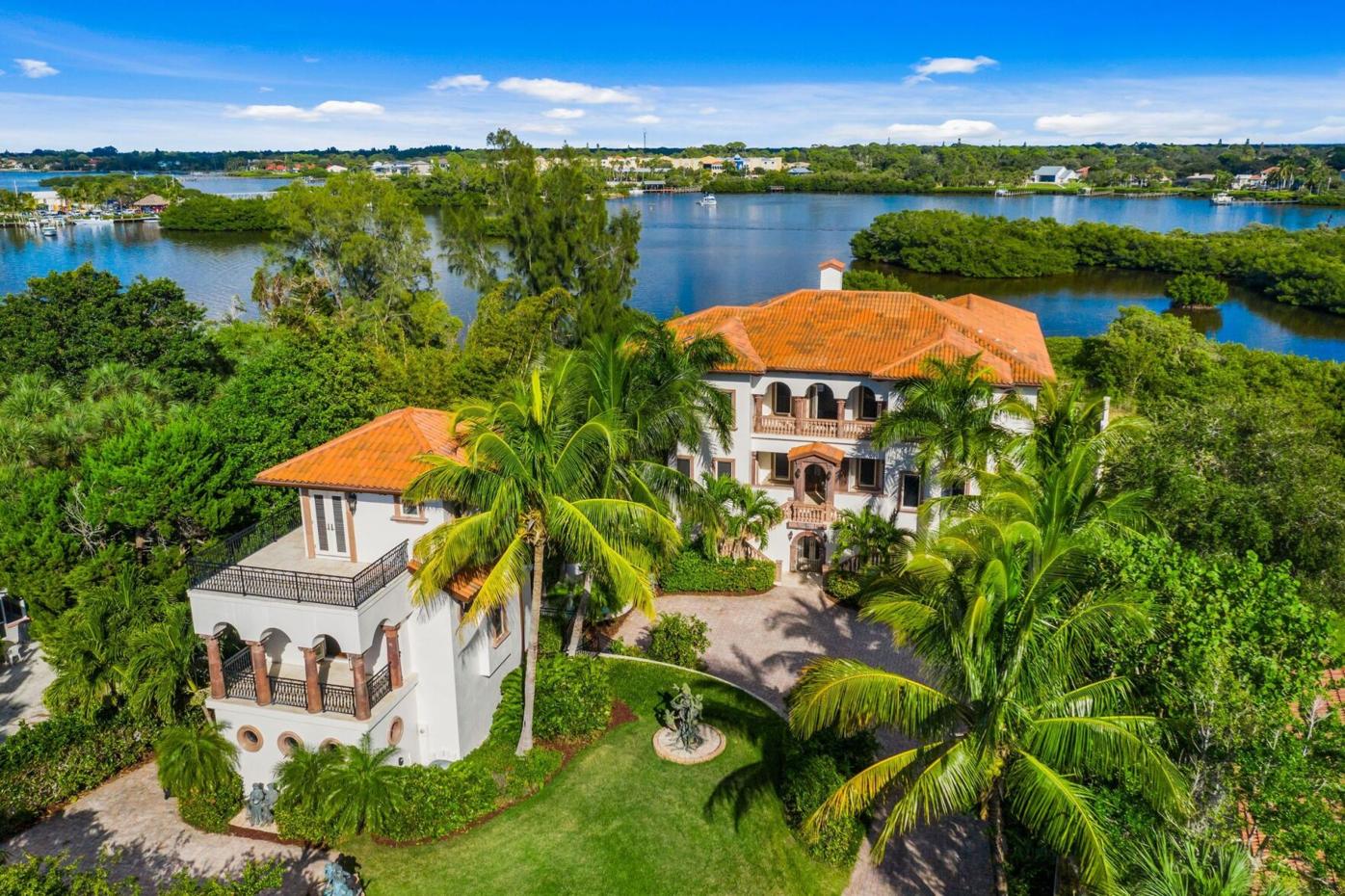 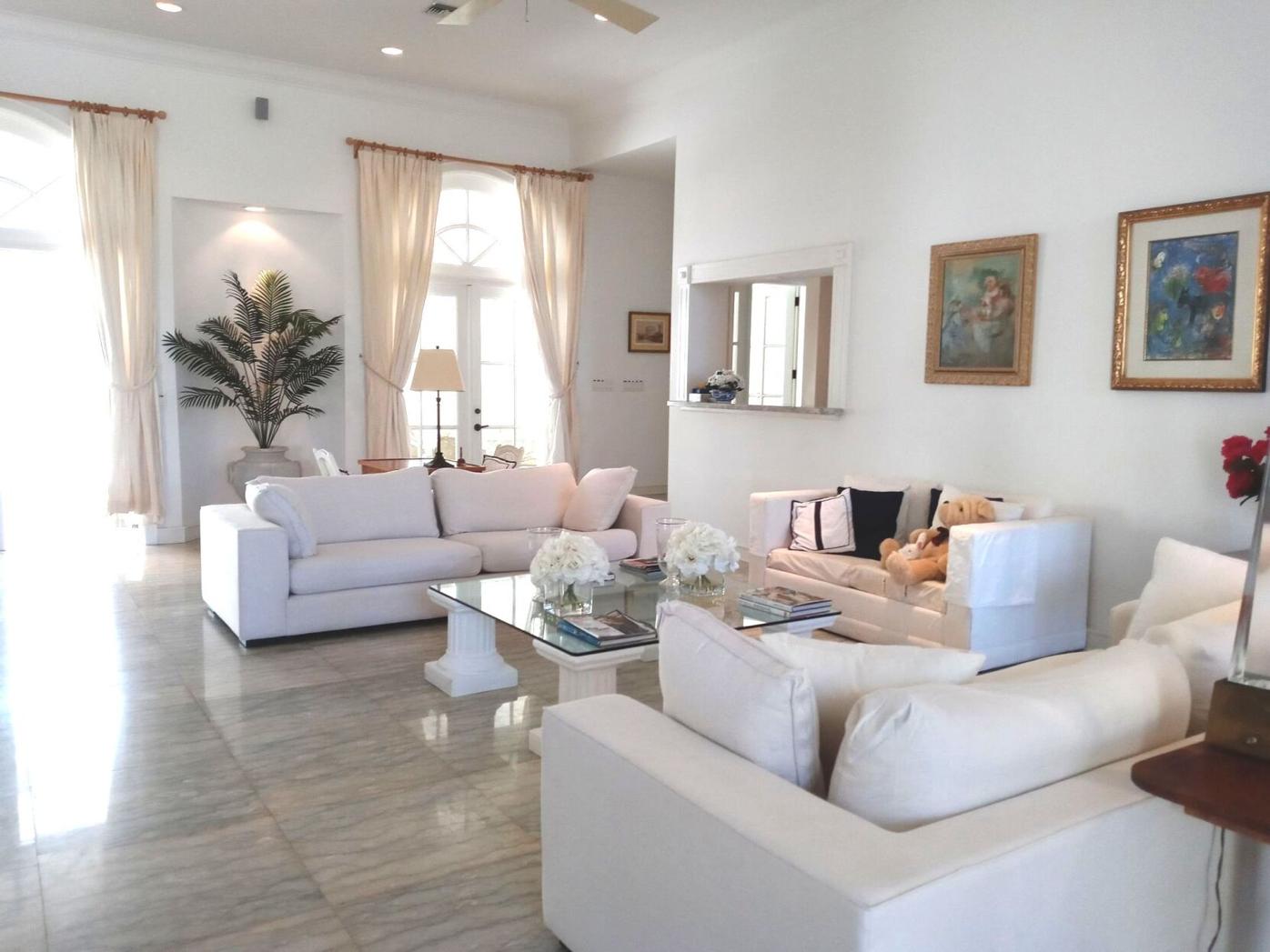 A portion of the living room at a six-bedroom, seven-bath home for sale on North Casey Key.

Kelley Ann and Katheren Ayers are shown in the upper balcony of the Tuscan Villa on Casey Key Road. A sales agreement was signed on this house in March.

Katheren and Kelley Ann Ayers with the European countess and count whose home they have listed for sale on North Casey Key Road for $9,950,000.

A portion of the living room at a six-bedroom, seven-bath home for sale on North Casey Key.

They arrived on the key in 1983 with their parents.

The family moved from Davis Islands in Tampa where they had views of downtown Tampa to a quiet haven of cottages of various sizes with views of the Gulf of Mexico to the west and the Intracoastal waterway to the east.

While Florida land sales were increasing, sea turtles still outnumbered human residents who, like the sea turtles were mostly seasonal. The humans came in the winter to escape the cold up north and the nesting female sea turtles came in the summer to nest and propagate their species.

Casey Key Road zigged and zagged as it does today with water on both sides. Homes were still mostly cottages although larger homes had begun to emerge in the ’70s when another land boom brought a wave of newcomers to Florida — a wave that would wash away many of the Casey Key cottages and replace them with mansions of many styles.

The common denominator then and even more so these days was — and is — large.

The Ayers sisters were there to see the changes, even as they taught their mother to water ski on the intracoastal.

At the same time, the sisters were absorbing real estate knowledge from their parents and eventually would follow in their footsteps — even to serving many of the same clients.

“She called us,” Kelley Ann said.

“We have sold some two or three times,” Kelly Ann said. “One we sold for a fourth time.”

While they sell homes and land for Exit King Realty from Sarasota to North Port, Englewood and Venice, they know Casey Key — the beaches, the land, the intracoastal, the cottages and especially, the mansions, which are priced from more than $1 million to $19.5 million currently.

The top price listing is for a five-bedroom, five-bath home on North Casey Key where the road and beach frontage are part of the deal.

While homes in Venice tend to favor a northern Mediterranean appearance, Casey Key mansions range in style from ultra modern to 18th century Tuscan design. Most have five bedrooms and four or five baths.

Currently, the sisters have 11 Casey Key homes for sale. They sold 11 the first two months of the year, at prices ranging from $1.6 million to $6.75 million.

A vacant lot adjacent to one of the homes currently listed for sale sold for $5 million.

“The buyer, a New York City executive, wanted to insure that no one could build next to him,” Kelley Ann said.

An offer came in for one of the two homes we toured recently — a three-story Tuscan villa with a two-story guest house or studio. It was built in 2006 on the waterway side of middle Casey Key by a man who built three homes on Casey Key. He liked designing homes although he was not a trained architect. When it was first built, the house was featured in the real estate section of the Venice Gondolier.

With views of the Gulf and the intracoastal waterway, it has an elevator, infinity-edge pool, outdoor room with gas fireplace, mater suite with his-and-her bathrooms and a custom closet featuring hand-carved wood from Mexico.

The kitchen also features hand carving and all the doors in the house were hand-carved. Decorative details enhance the house both inside and outside.

In addition to a boat lift on the intracoastal side of the home are two jet-ski lifts. Guests and residents drive downhill on the lengthy drive past the gate to the ground floor entrance, garage and parking area.

Another gate leads to the guest house and guest house parking. The two buildings are connected by a large trellis covered in jasmine. The house was expected to sell for about $5 million, the sisters said.

More spectacular but contemporary in style, is a six-bedroom house on 2.5 acres on North Casey Key where homeowners own from intracoastal to the Gulf of Mexico, including the road that passes in front of the house. This area of Casey Key is gated and includes the home of famous novelist Stephen King. This house is owned by a European count and countess.

Bedroom and living area wings are separated by a large in-ground swimming pool. A tennis court is at the back of the property. A 1,500-square-foot master bedroom suite is on the second floor.

All the floors in the house are covered in 24-inch square pale gray marble, Marble steps lead up from the pool deck to the living room and from there to the side wings of the house.

There is a formal dining room, white kitchen, laundry room, study, maids’ quarters and storage on the south side of the house.

The bedrooms on the north side of the house all have private baths and spacious closets. There is room for three live-in nannies, which the owners had while their children were growing up.

They also have the listing for a three-bedroom, three-bath house under construction at 476 North Casey Key Road for $5,250,000.