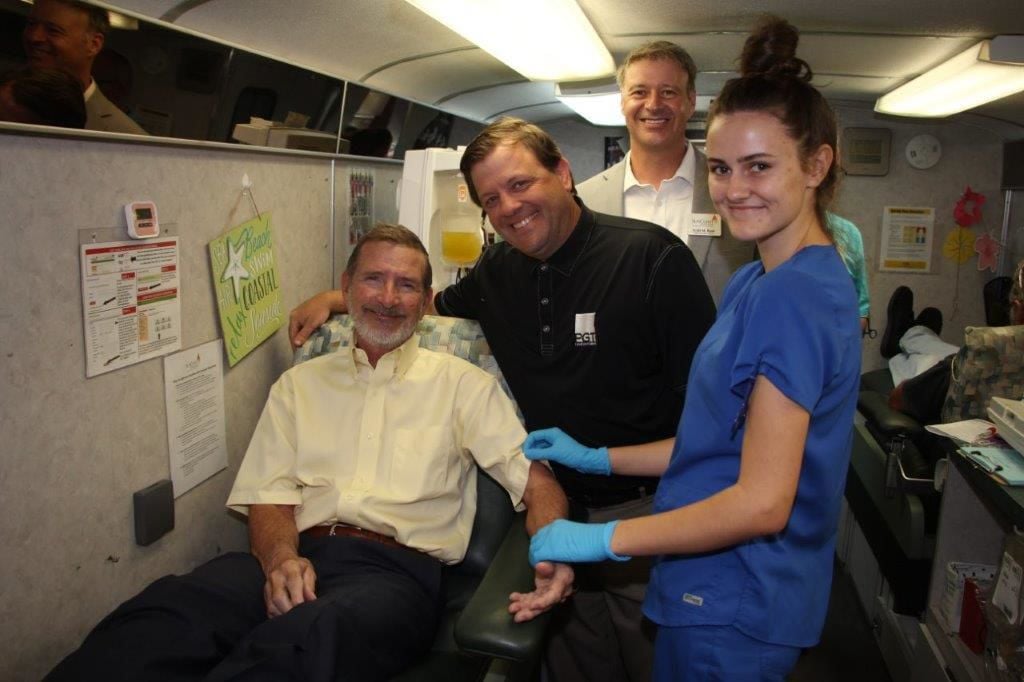 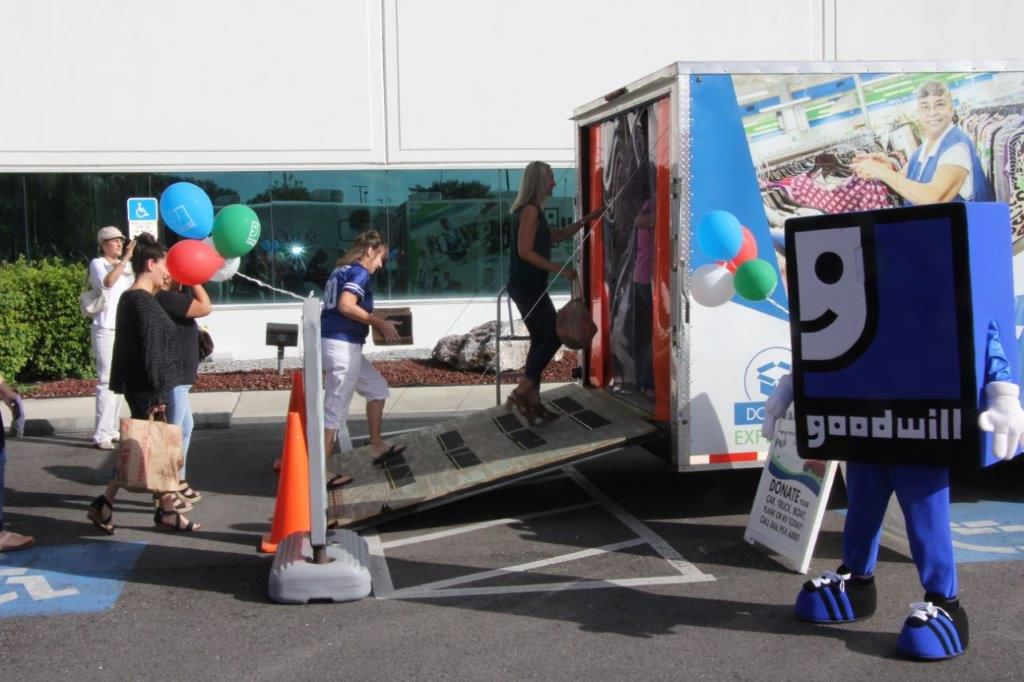 NORTH VENICE — In the bright sunlight Friday, PGT Innovations at 1070 Technology Drive in North Venice became the first company to host the “Change a Life, Save a Life” campaign.

Representing PGTI, Brad West, vice president, and chairman of the Goodwill Manasota Board joined Rosinsky in the line of PGT staff to volunteer to donate blood.

“A very exciting new project building a relationship of Goodwill Industries with the Suncoast Blood Bank to get the message across that you can both save lives and change lives at the same time,” Rosinsky said. “Donate blood to help humanity, donate Goodwill to create jobs and missions for this community.”

West expressed his pleasure that PGT was able to serve as the kick-off for this new project, extolling the generosity of the people of Sarasota County wanting to give blood and donations.

Scott Bush, CEO of Suncoast Blood Bank said: “When two well respected non-profits and corporations work together it benefits communities, enhances lives and we are glad to be a part of it.”

Alongside the Bloodmobile was a large Goodwill collection unit where a line of employees were entering to give clothes and various items.

The nonprofits’ mascots, Good Willy and Blood Buddy attended the event. There are plans to set-up similar future events which will be open to the public.