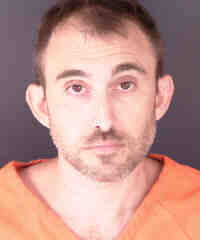 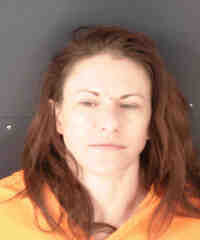 VENICE — A couple was arrested for alleged child neglect when their nearly 2-year-old son overdosed after putting a fentanyl and cocaine-polluted spoon in his mouth, according to authorities.

Kaitlyn Van Dorn, 33, 2100 block of Park Road, Venice, was charged with child neglect without great bodily harm and probation violation on original charge of possession of a controlled substance.

In early January, emergency medical services responded to a call that the child was unconscious and not breathing, according to a probable cause affidavit.

The child woke up after EMS gave the child three doses of Naloxone, a medication to reverse opioid overdoses.

Van Dorn stated she and her son went on a walk around the neighborhood when he picked up unknown object and put it in his mouth, according to an affidavit.

She originally told authorities her son took a teal bucket with him to collect rocks and put something unknown in his mouth and also a needle cap, which she allegedly swatted both away, according to the affidavit.

He then went limp and she allegedly carried him home while leaving the teal bucket behind on their route, according to the probable cause affidavit.

Deputies did not find any of the items where Van Dorn stated they walked. And camera footage from the U-Haul Neighborhood Dealer did not show Van Dorn walking the route at the time she stated, according to the affidavit.

Deputies found the teal bucket inside their home with a silver spoon. Van Dorn said it was the object she allegedly swatted away.

Later that night, Department of Children and Families were present for a home visit and found a pipe on the couch. The spoon tested positive for fentanyl and cocaine and the pipe was positive for cocaine, according to a report.

The child has not been in the couple’s care since January, according to a news release.

The two had previously been arrested at the beginning of May for theft and swindling Target.

Van Dorn is currently in custody with no bond. Their arraignment date is July 9.