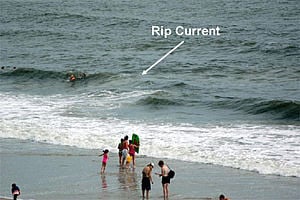 This shows a rip current taking place. Experts say to get out of a rip current, swim to the left or right — parallel to the shore. 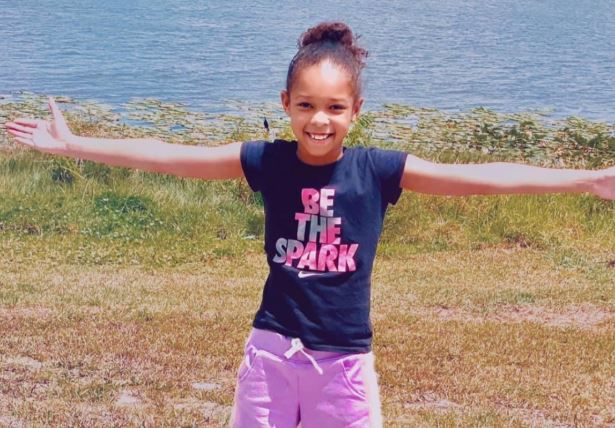 Irys Wright, 10, of Lake Wales, died Sunday after being pulled from the Gulf of Mexico at Siesta Key. A GoFundMe page has been set up at www.gofundme.com/f/share-the-love-for-the-angel-irys. 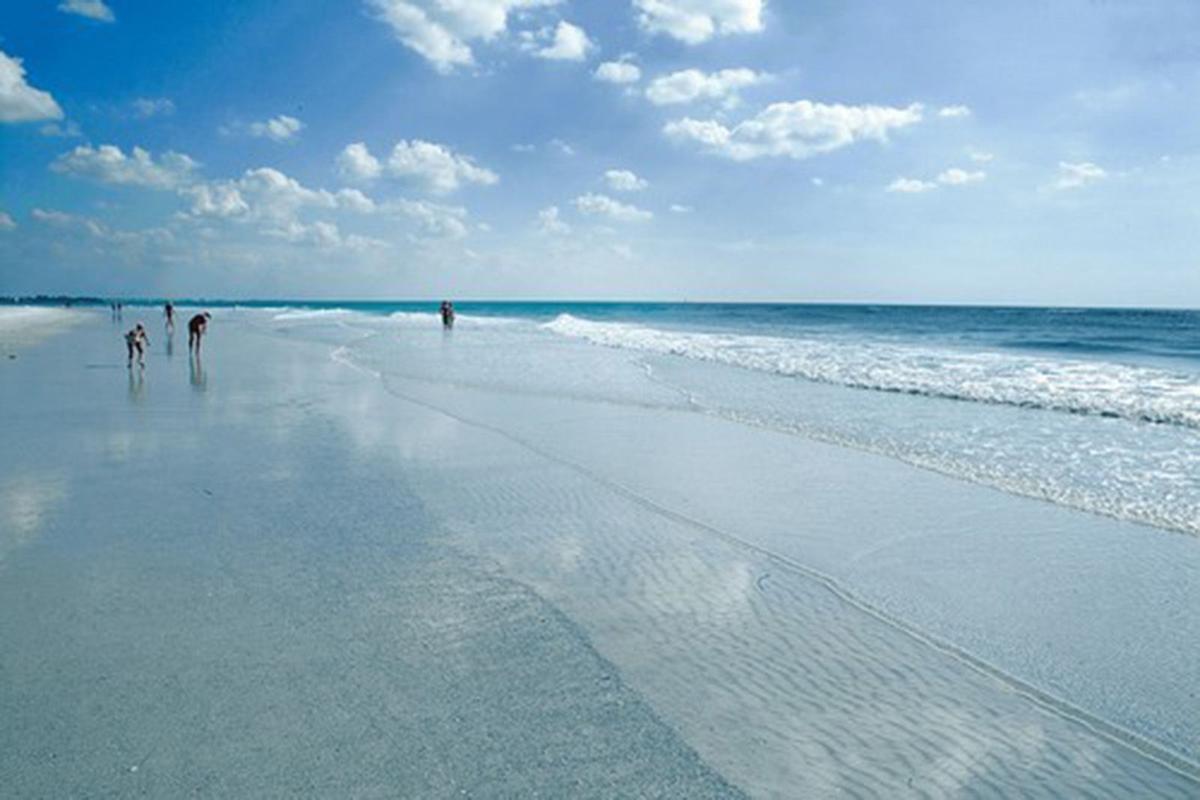 Several children were seen struggling in the waters of the Gulf of Mexico on Sunday evening — with one pulled to shore unresponsive, and later declared dead at an area hospital. 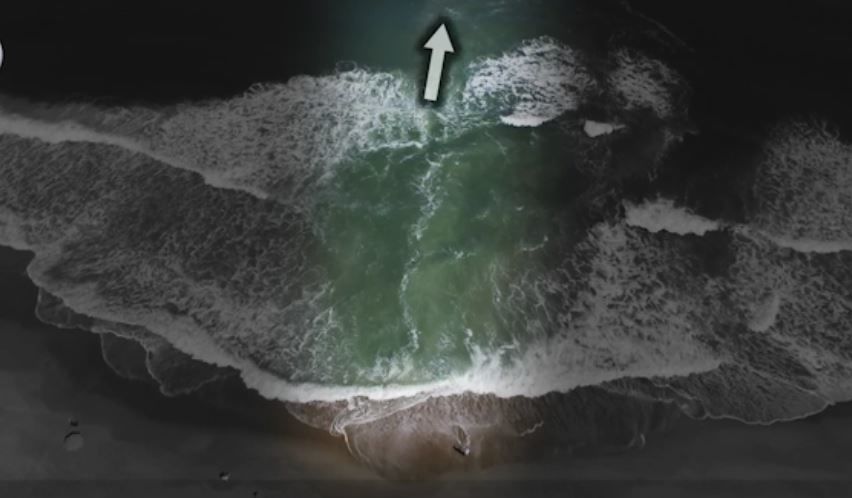 A rip current is shown from above.

This shows a rip current taking place. Experts say to get out of a rip current, swim to the left or right — parallel to the shore.

Irys Wright, 10, of Lake Wales, died Sunday after being pulled from the Gulf of Mexico at Siesta Key. A GoFundMe page has been set up at www.gofundme.com/f/share-the-love-for-the-angel-irys.

Several children were seen struggling in the waters of the Gulf of Mexico on Sunday evening — with one pulled to shore unresponsive, and later declared dead at an area hospital.

A rip current is shown from above.

SIESTA KEY — A few days after a tragedy at Siesta Key, Sarasota County officials are reminding adults to keep track of their children and reminding everyone to learn how to recognize rip currents.

Irys Wright, 10, of Lake Wales, was apparently caught in a rip current about 6:30 p.m. Sunday. She, another juvenile victim and an adult, were pulled from the water by good Samaritans.

CPR attempts were unsuccessful and Irys was pronounced dead at Sarasota Memorial Hospital, according to a news release.

Rip currents form “around low spots or breaks in sandbars, and also near structures such as jetties and piers,” according to the National Oceanic and Atmospheric Administration. “A rip current, sometimes incorrectly called a rip tide, is a localized current that flows away from the shoreline toward the ocean, perpendicular or at an acute angle to the shoreline. It usually breaks up not far from shore and is generally not more than 80 feet wide.”

Sarasota County Lifeguard Manager Scott Montgomery said people need to know about what rip currents are and how to get out of them. Rip currents remain the No. 1 reason for water rescues along Southwest Florida and the United States.

But jumping into a rip current to save someone isn’t advised.

“The best thing to do is to yell at them to swim to their left or to their right,” Montgomery said Tuesday.

“As soon as the adults noticed the children were well offshore and unable to make it back to safety, two of the adults entered the water to render aid,” Sarasota County Sheriff’s Public Information Officer Kaitlyn R. Perez noted in an email.

An adult woman and a boy, 7, also were evaluated by rescue officials and released.

A total of eight children and three adults were among the group — all from the Lake Wales area.

The death is under investigation, but witness reports indicate she was caught in a rip current. There is no evidence of neglect, authorities said.

A GoFundMe page has been set up for her at www.gofundme.com/f/share-the-love-for-the-angel-irys.

Montgomery said it’s important to be aware of what’s going on when going to any beach. There are six beaches in Sarasota County with lifeguards, but 37 miles of shoreline where people can jump in the water without anyone watching.

Flags let people know water conditions, but they don’t go up until lifeguards are working and come down at the end of the day, Montgomery said.

Montgomery has been involved in rip current situations ever since his first year as a lifeguard at Venice Beach in 1983.

“Rip currents can pop up at any time,” he said. “They (rip currents) don’t look like the rest of the surrounding water. Foam forms around them and there will be sand around them.”

He repeated people who find themselves in a rip current should swim to their left or right — parallel to the shore.

“They take you out into the Gulf,” Montgomery said. “You need to break the grip of the rip. Swim to your left or right and you’ll be out of the grip and then swim back to the shore.”

While lifeguards are out to save people, swimmers need to know their own situations.

“Last year, we had 140 water rescues,” he said. “The majority of those were up at Lido Beach where there was a sand bar that people would swim out to.”

Some of them would become exhausted coming back — that’s when the rescues tended to happen, he said.

Lifeguards work on preventative measures, eyeing people at the beach who may experience trouble. Lifeguards will “interact” with those people early, Montgomery said.

“Someone we think isn’t a good swimmer — looking at their swimming ability — or they’re doing something in the water that we feel like they can get themselves hurt or going out too far, for our comfort, so we’ll ask them to come closer to shore,” he said.

The interaction may involve blowing a whistle, an air horn or going out on a board to talk to them, he said. While they had 140 water rescues in 2019, they had between 30,000-40,000 preventative measures during the same time frame.

“(Lifeguards) are putting their life on the line. That is there job and we know that. But if we can do these preventative measures first, that’s better for everyone around,” he said.

Each beach has “its own characteristics,” Montgomery said. Lido is usually quieter; Siesta is usually busier, and beaches near the Venice Inlet jetties have different currents because of the inlet. And each beach has “different bottom contours,” he said. Siesta Key’s waters tend to stay shallow farther out than other beaches — depending on the tide.

People should feel free to talk to lifeguards before going into the water, he said. They will give more information on weather and water conditions if they are asked.

“It does cause sleepless nights … a drowning is not something we like to read about,” he said.

His advice: Go to a beach where lifeguards are on duty; read the rip current safety signs with children if you’re bringing them along; talk to lifeguards about water conditions; check the flags.

“Know your skills and abilities,” Montgomery said. “And if you’re bringing your children to the beach, keep your eye on them, be in the water with them if they go swimming.”

What is rip current? From Oceanservice.noaa.gov

"You need to break the grip of the rip. Swim to your left or right and you'll be out of the grip and then swim back to the shore." - Scott Montgomery, manager Sarasota County Lifeguards

To watch a safety video explaining rip currents and how to survive one, visit www.yoursun.com/venice.