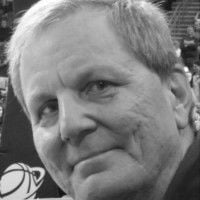 Kelli Rizza cleans the bar before closing the doors of McSorley’s Beach Pub at 5 p.m. March 17 in Fort Lauderdale. Florida Gov. Ron DeSantis, released a statement saying all bars and nightclubs throughout Florida will close for the next 30 days.

Kelli Rizza cleans the bar before closing the doors of McSorley’s Beach Pub at 5 p.m. March 17 in Fort Lauderdale. Florida Gov. Ron DeSantis, released a statement saying all bars and nightclubs throughout Florida will close for the next 30 days.

The best weapon against COVID-19 seems to be isolation, which is why 5 o’clock Tuesday definitely was Unhappy Hour for Florida’s bars and nightclubs. And on St. Patrick’s Day, no less.

That’s when the executive order by Gov. Ron DeSantis to close those establishments throughout the state took effect. They will be dark for at least the next 30 days as leaders fight to contain a pandemic.

He also issued an executive order directing all restaurants to move to take-out, delivery only. It stinks for the people who work in those places and depend on tips.

I won’t even add the customary “but” to that. It just stinks.

The governor has to make those choices sometimes, though. He did move to supplement the Small Business Administration with a $50 million bridge loan program for businesses with two to 100 employees. That’s not insignificant, but closing the bars and nightclubs will still leave a mark.

So does the disease. Four University of Florida students tested positive for the coronavirus. The state’s death toll has increased to nine.

“Social distancing” seems to help slow its spread, though. Reported infection rates have flattened since cities, states, and countries began draconian measures, including self-quarantines or, in San Francisco, a city-wide “shelter in place” order.

Only essential businesses in a seven-county area around the city can remain open. Everyone else is supposed to stay inside their homes and avoid others as much as possible for the next three weeks.

That’s an area of nearly 7 million people — roughly one-third the population of Florida.

DeSantis and Florida’s Department of Health responded sluggishly at the outset of this crisis; that’s what it is, by the way, and I don’t toss the word “crisis” around lightly.

Their lack of transparency initially drew justified criticism. They appeared to be caught off guard by the outbreak. DeSantis’ actions now, though, are more decisive.

He has closed some state beaches at the height of college spring break.

DeSantis announced that there will be no more testing or grades this year for Florida schools. Parents have the option of keeping their children in the same grade for the next school year.

The governor banned outside visits to nursing homes throughout the state because the elderly are the most vulnerable. But I’ll tell you what, that couldn’t have been an easy call, either.

My 94-year-old father-in-law, who died last year, treasured visits by anyone from the outside world. He felt like a captive in his assisted living facility. I can only imagine how he would react to what’s happening now.

It wouldn’t be pretty, but nothing about this is.

We are reminded, again, that something so small we can only see it with a microscope has the power to kill. COVID-19 is an equal-opportunity destructor, requiring difficult choices.

This bug obliterated the normal rhythm of Florida life in the merry month of March. No sports, fewer tourists, our 401(k)s dangling over the cliff, many restrictions — and what’s next? Who knows?

The disruption this virus has made across the globe is staggering, and it’s not over. It’s enough to make you want a drink. Alas, the bar is closed.