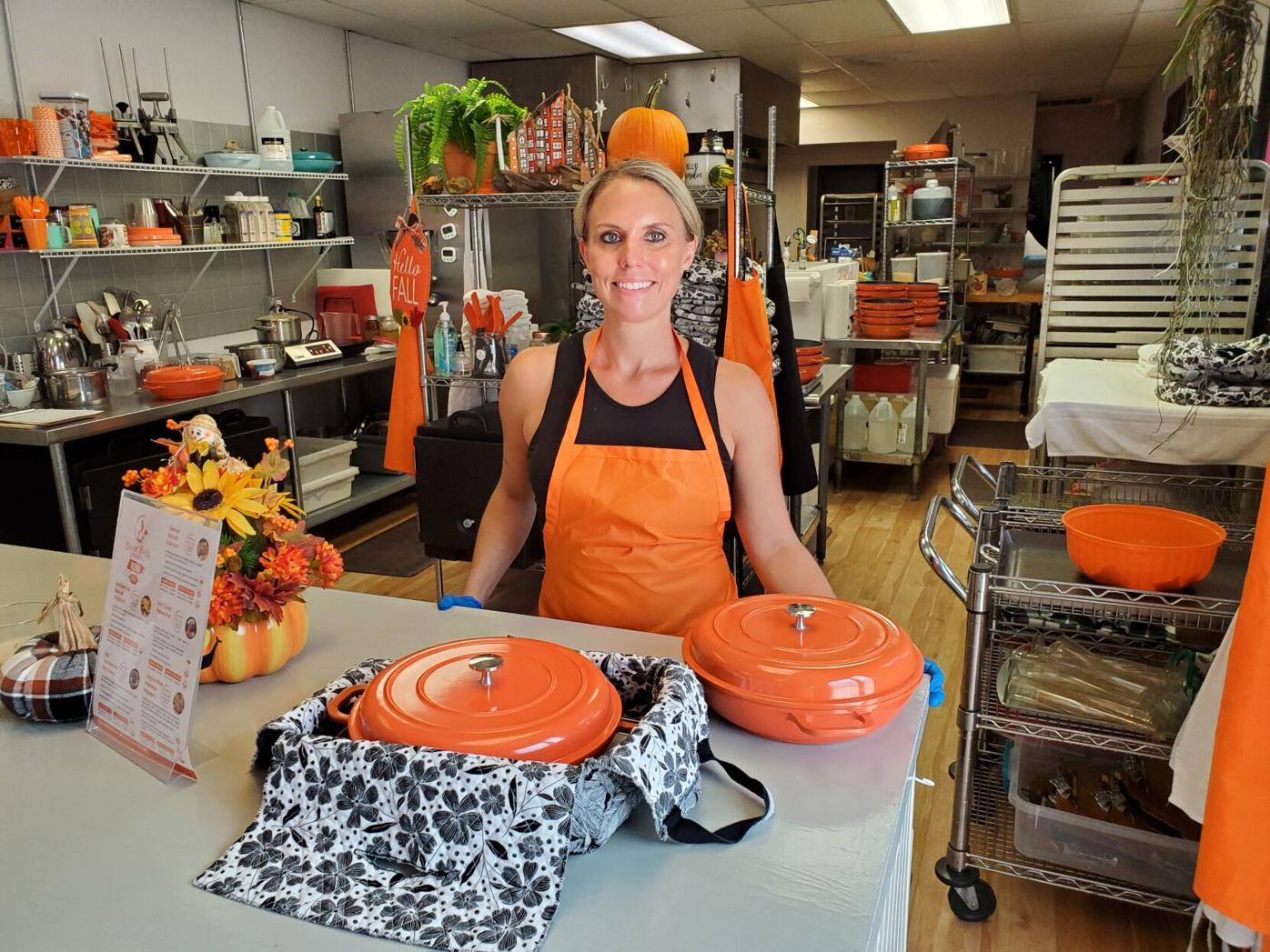 Considering she literally grew up in the restaurant business in Venice, it seems only natural that preparing food would be Meg Novack’s chosen career. 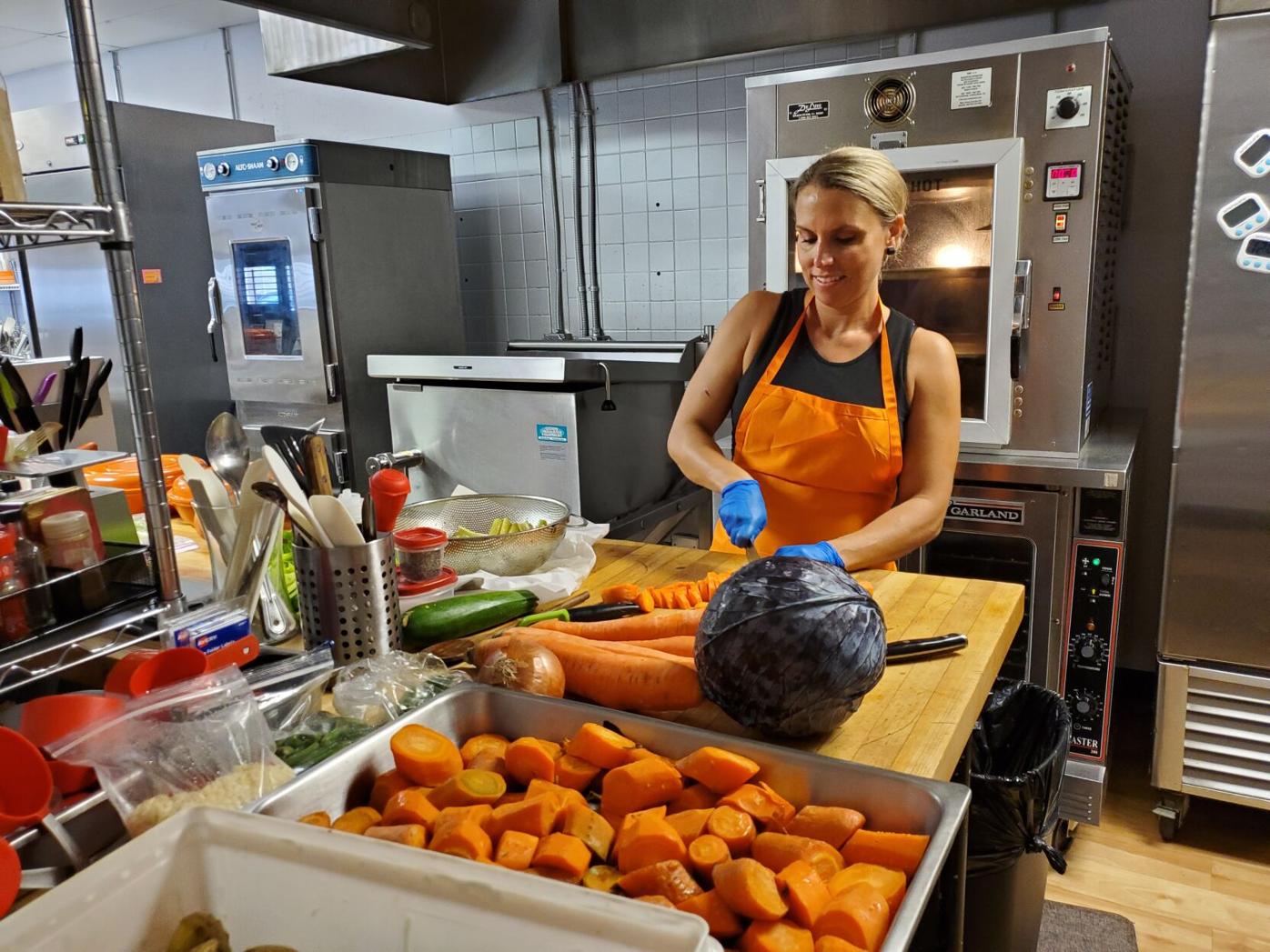 Meg Novack’s goal in opening her new micro-kitchen was to take away all of the pain points involved in fixing dinner. 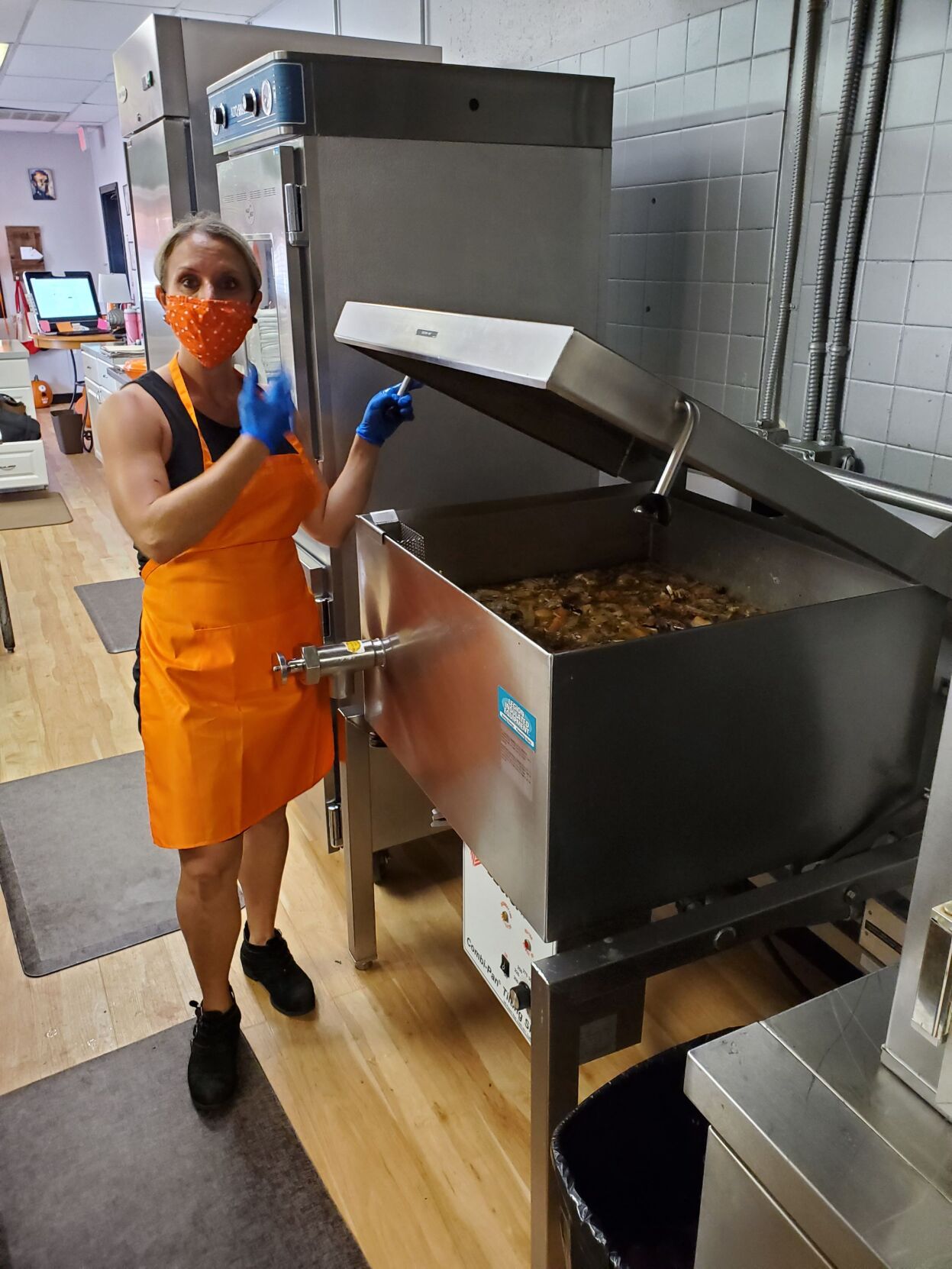 A key ingredient to Novack’s dinners is that she creates her own broth from fresh vegetables that require three days of cooking. She purchases all of her ingredients locally.

Considering she literally grew up in the restaurant business in Venice, it seems only natural that preparing food would be Meg Novack’s chosen career.

Meg Novack’s goal in opening her new micro-kitchen was to take away all of the pain points involved in fixing dinner.

A key ingredient to Novack’s dinners is that she creates her own broth from fresh vegetables that require three days of cooking. She purchases all of her ingredients locally.

Meg Novack has packed a lot of worldly experiences into her 38 years of life.

But when it came time recently to choose which path her career would take next, she realized it had to be something involving her first love: food.

“It’s in my blood,” she said. “My parents always worked in the restaurant business, so when I was 10 or 11 years old, I was already picking up plates, wiping down menus and rolling silverware. My family has a really strong work ethic so helping out in the business wasn’t an option, but it was really fun.”

Located at 113 W. Tampa Ave., across from Venice Theatre, the business provides hot, home-cooked dinners prepared in an aluminum pot.

Describing herself as the “main belle,” Novack said the concept of micro-kitchens is gaining in popularity, particularly in California, where she lived for much of the last decade.

“A lot of my friends out there are chefs,” she said. “There’s a lot of interest in these micro- or ghost-kitchens. And food trucks were something that was already established.

“I’m always fascinated by trends in the food industry. They’re working out of these little kitchens and loving it. Instead of dealing with a lot of the challenges of traditional restaurants, they can focus on preparing and delivering the food.”

Born in Detroit, Novack moved to Venice in 1981 when she was a 1 year old. The following year, her parents, Greg and Marijo, purchased Patches Restaurant on East Venice Avenue. Five years later, her father partnered with Mike Pachota to open Sharky’s. The two had been partners since their days attending Michigan State University together.

“I literally grew up on the pickle bucket,” she said with a smile. “I loved eating those jumbo pickles they used to cut up. I would sit on the bucket and watch everything and how all the magic happens.

It’s a crazy world in the kitchen, particularly around a restaurant like Sharky’s and how small (the kitchen) was at the time.

“It’s really a fun business. You have your customers right there in front of you and you get feedback right away. Every day is a different journey.

Novack attended Epiphany Cathedral School and Cardinal Mooney High School in Sarasota, where she played varsity softball her freshman year. During her senior year, she spent a semester as a foreign exchange student in Pontevedra, Spain.

“While I was there, I had a column in the Gondolier published every month about my life in Spain and the cultural differences. I came back fluent in Spanish.”

While attending Penn State University, she managed to get a paid position working as an administrative assistant to legendary football coach Joe Paterno.

“There was a woman in one of my classes who was a senior. We kept texting and she was telling me how I would be perfect for this position she would be leaving in the football office. I had to go through some 10 interviews and all these tryouts. I got the job in the end, however, and was able to work side by side with ‘JoePa.’”

After earning bachelor’s degrees in Spanish and media studies, Novack spent a year working an internship with an import-export business in China. She also taught English while there.

Based on her interest in international business, Novack then moved to California and attended the Middlebury Institute of International Studies, where she earned her MBA degree. She also accepted a fellowship working in Quito, Ecuador, under USAID for the World Council of Credit Unions.

Serving as an emerging markets development advisor, she helped set up tele-centers that encouraged wireless networks, particularly in rural areas where there was no phone service. She also helped arrange micro-financing for individuals and groups to create businesses.

“Working there was fantastic, but I realized I didn’t want to continue working for an NGO (nongovernmental organization),” she said. “I came back to California and went to work for Rubbermaid and became a brand manager for them.”

By 2009, however, her parents were beginning to talk about a legacy plan for their restaurants.

“By this time, they also owned a sports bar in Port Charlotte called Joe Cracker. My sisters were not interested in taking over the business. Since I was always cooking and baking during this time, I supposed I could take it over.”

After returning to Venice and much contemplation, however, Novack realized that taking over her parents’ business interests did not match her own long-term goals. As a result, her parents sold their share of Sharky’s to the Pachotas and Novack returned to California.

She worked in restaurants in northern California and eventually returned to the Los Angeles area near her younger sister and brother-in-law.

“I worked in and out of high-end restaurants out there and it was a lot of fun,” she said. “Toward the end of my time in California, I worked as a consultant in the food packaging industry. With the onset of the COVID pandemic, however, my business shut down and I decided to come back to my roots.

“I’ve lived a lot of lives, in a lot of wonderful places, but this city kind of called me. Venice is a beautiful place. Coming back here, there’s something about home that makes you feel set.”

She knew that she wanted to continue working in the restaurant business, but not necessarily in the traditional way. The idea of opening a micro-kitchen appealed to her, but an experience before she left LA persuaded her to take a different approach.

“To celebrate my leaving California, my little sister and I got a take-out order from Wolfgang Puck’s Spago restaurant in Beverly Hills. We spent about $400 on this meal, so we thought it was going to be a fabulous experience. It arrived at the door, however, in dozens of plastic unmarked containers. And it wasn’t hot!”

When she opened Door Belle Dinners, Novack focused on offering simple dishes in pots that could be picked up or delivered hot and ready to eat. The pots come wrapped in a quilt-like covering that looks like something that belongs in one’s home.

“My goal was to take away all of the pain points involved in fixing dinner,” she said.

A lot of trial and error went into creating the 11 dishes that Novack currently offers.

A test group comprising friends and acquaintances tastes all of her offerings and provides honest feedback on all potential meals. And while her recipes are good comfort food, she believes the ingredients and how they are prepared makes the difference.

“I make my own broth, for example, which I believe is instrumental in bringing out the flavors. It’s a three-day process, but when done right, the ingredients all come together.”

Novack purchases all of her ingredients locally, going to farmers markets and fish markets and visiting the farms throughout the Suncoast.

“By buying local, we’re supporting a lot of local families. And then, there’s the farm-to-table aspect of it. The less distance the food travels, the better it is for your belly.”

While the dinners offered fall under the heading of comfort food, Novack does try to introduce some of the cooking she’s experienced in her worldly travels.

“For example, the Seafood Paella is from Spain. The Ahi Tuna Poke Pot is influenced by my time spent in California. And the Be-Bop Angus Beef Pot includes some Asian flavors.”

What has surprised Novack most since opening her business three months ago is how supportive and loving her customers have been.

“People come back and they are so happy from their dinner experience. That’s what drives me on my long days. It makes me realize I should have done this sooner.”

And what is her business going to look like in five years?

“I see this launching in other nearby cities,” she replied. “Bringing it to more people and offering my home cooking to a wider audience.”

Larry Humes writes about local history and can be reached at 1926venice@gmail.com.