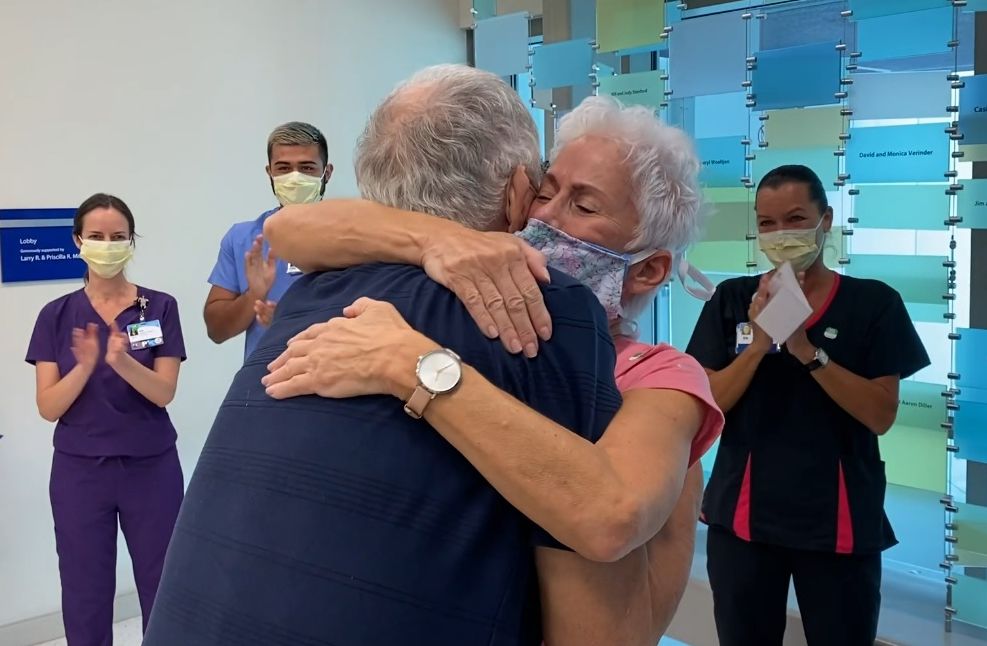 Dr. Steve Hefler gets a hug from his wife, Marcia, on his discharge May 15 after 49 days recovering from COVID-19 at Sarasota Memorial Hospital. 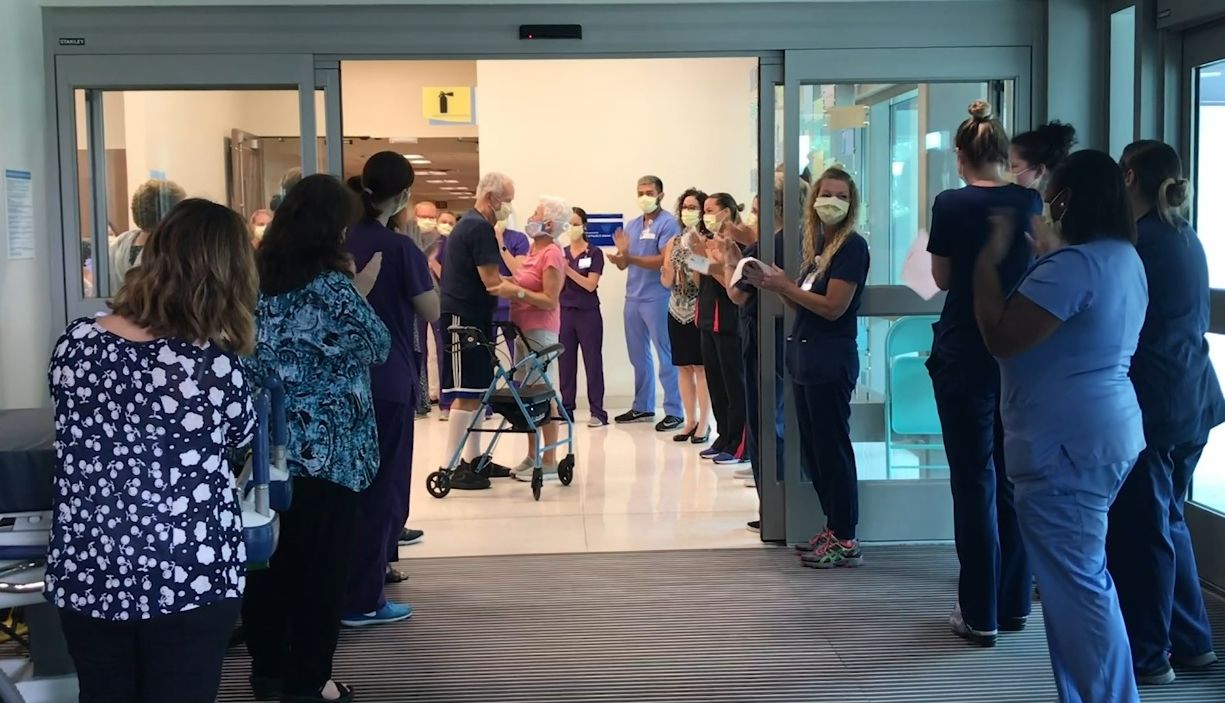 Steve and Marcia Hefler share a moment before exiting Sarasota Memorial Hospital Friday following his discharge, as hospital staff wait to send him off.

Dr. Steve Hefler gets a hug from his wife, Marcia, on his discharge May 15 after 49 days recovering from COVID-19 at Sarasota Memorial Hospital.

Steve and Marcia Hefler share a moment before exiting Sarasota Memorial Hospital Friday following his discharge, as hospital staff wait to send him off.

SARASOTA — Dr. Steve Hefler finally got to go home to North Venice on Friday, after 49 days in Sarasota Memorial Hospital recovering from COVID-19.

He spent 25 of those days in the hospital’s critical-care unit, under sedation and on a ventilator much of the time.

When he was able to be transferred to a step-down respiratory care unit on April 23, he was rolled in his bed through a hallway lined with hospital staff applauding him and serenading him with his favorite song, John Denver’s “Take Me Home, Country Roads.”

On Friday, he made a similar procession, but this time under his own power, using a walker after having spent two weeks in the hospital’s inpatient rehabilitation unit regaining his strength and mobility, according to a news release.

And this time it wasn’t another hospital room that was waiting for him; it was his wife, who greeted him with a huge hug.

The couple drove off past another line of staff, with Hefler blowing a kiss on the way.

A GoFundMe campaign established by his family to raise money for cellphone chargers for hospitals raised $41,250 and has been converted into a nonprofit organization of its own.

Hefler’s cellphone ran out of power shortly after his admission. It was only because a nurse donated one that his family was able to stay in contact with him during his hospitalization.

He was unconscious but staff could hold his phone to his ear so he could hear his family’s voices.

“Every time he hears his grandchildren’s voices over his phone, his blood pressure rises (in a good way),” they wrote at the time.

Patients are allowed to have their phones in the critical-care unit but hospitals don’t provide chargers and staff can’t bring theirs into quarantine.

The GoFundMe campaign had a goal of $100,000 to donate chargers to hospitals across the country.

According to a final update posted Tuesday by son Jonathan Hefler, thousands of chargers have already been donated and the campaign’s success is being taken “to the next level.”

“We are excited to announce that we have partnered with a group of like-minded physicians & volunteers, and together have created a non-profit organization that is dedicated to continuing the mission that every hospitalized patient should have easy access to a phone charger,” he wrote.

The new organization is CHARGE: Communication when Hospitalized Alone Requires Getting Energy.

Donations can be made through its website, ChargePower.org, which also accepts requests for donations of chargers to institutions.