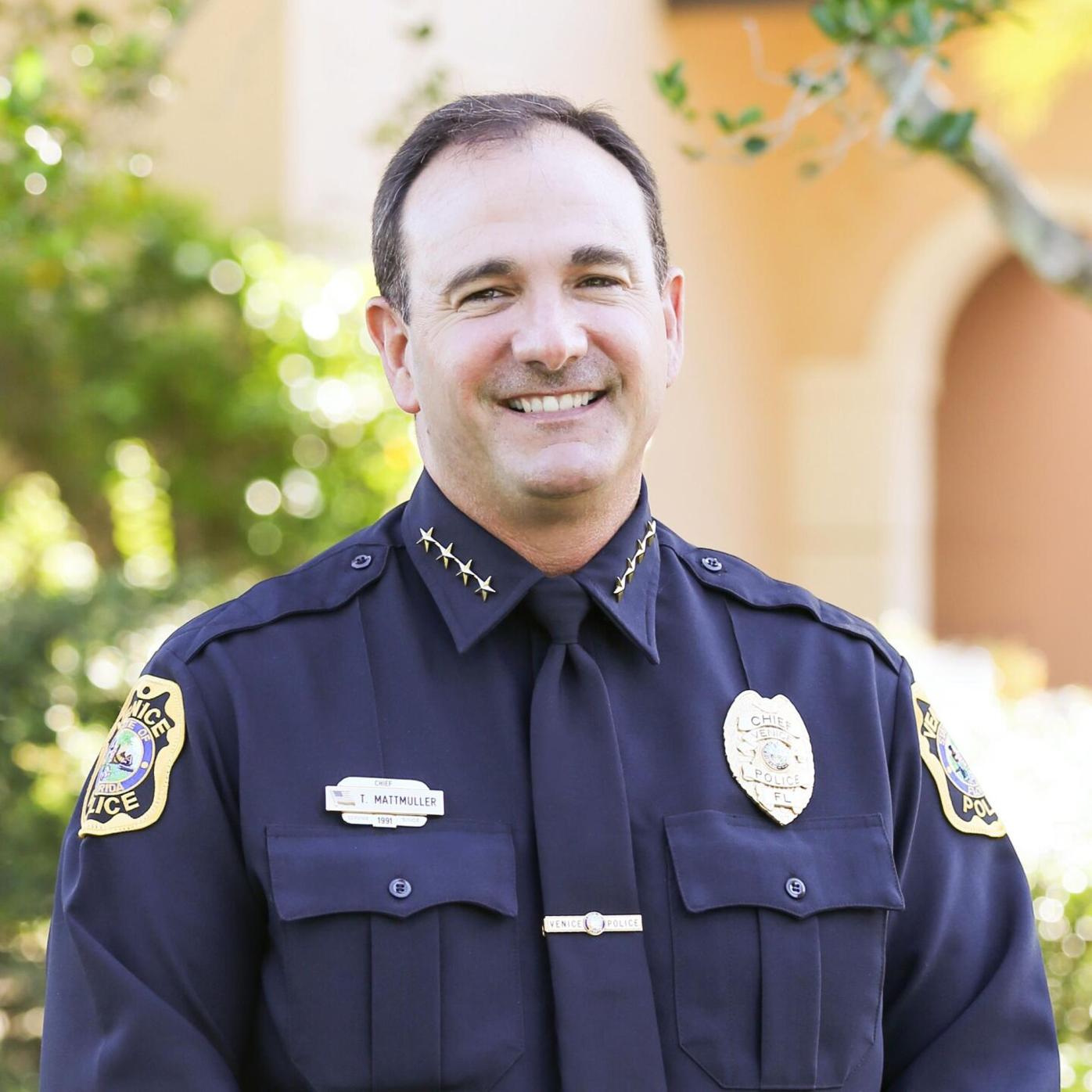 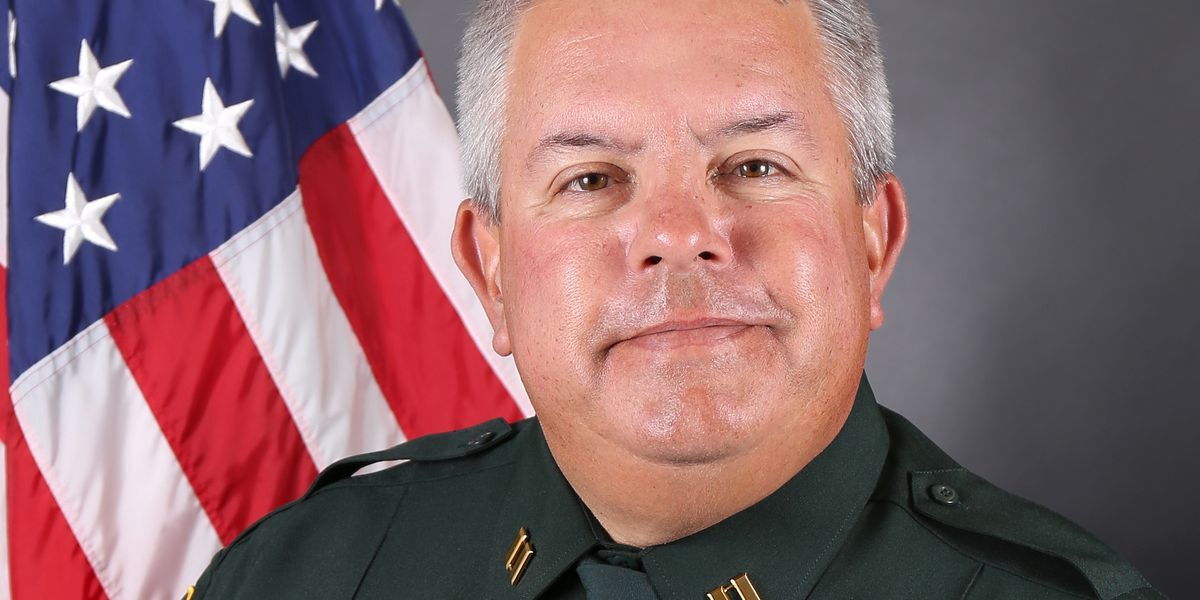 SARASOTA COUNTY — A study by the American Civil Liberties Union of Florida, on the heels of Black Lives Matter’s call to defund police departments, is recommending the state of Florida do away with school resource officers and police on school campuses.

“I find that’s ludicrous,” Mattmuller said. “Having SROs in school is all about making it safer for children and staff.”

The ACLU report claims that since then more students are being Baker-Acted — temporarily committed due to a potential mental health issue and there’s been an unprecedented increase in school arrests. It recommends schools refocus already scarce funds away from a police presence on campus to school counselors instead.

We asked Sarasota Schools Police Chief Tim Enos to comment on the report.

What’s your overall assessment of the ACLU report?

It’s similar to a study called “Florida School Prison to Pipeline Profile” some years back. It’s the same kind of thing. It’s got traction at this time because of recent calls to defund the police. The ACLU can say whatever they want about how it’s detrimental, but I will tell you that’s categorically not the case.

We’ve only had six months of school before COVID arrived. The data just isn’t there. Crime rates go up and go down. There really isn’t any rhyme or reason to it.

However, it’s true we do see a lot more kids in mental health crisis. There are more stressors. Our main objective while on school grounds is on counseling. It’s about having another person on campus who will talk to kids. And isn’t that really what it’s all about?

It’s a 100% preventive measure to have SROs greeting students at the school door.

The DARE program was criticized because they could never give statistics to show how the program was effective. They’d look at drug arrests on campus, but did not quantify how many kids didn’t get involve in drugs because of the program.

ACLU advocates call for the repeal of the school policing mandate and demand local discretion over whether and how police should be involved in schools. What do you think of that?

It’s a state legislative mandate. As for the demand for local discretion … it was the local school board that adopted the specialized counselor training and the School Resource Officer program. Years ago our program was nationally recognized.

The ACLU study says there are more police on campus than school counselors. Your comment?

We have counselor training. The counseling piece of the SRO program is gigantic.

We have a lot of different tools we use every single day at schools. We are out walking around and in the lunch room, at the bike racks. We’re all over the place talking to students every day. It’s only in the ACLU’s study that that’s a negative.

We had an SRO that named his child after another student that passed away. It becomes part of their lives. The SROs, they refer to students as “my kids” or “my school” because they’re dedicated. That doesn’t sound like somebody who is there to arrest kids and create havoc.

I was an SRO at the elementary and middle school levels in 1994-96. There are still students who see me some 20 years later and they’d call me Detective Tim. That kids remember you … that’s what it’s all about. That’s what the study doesn’t show you … all the positive interactions.

Having law enforcement on campus isn’t a negative. It’s 100% a good thing.

The way you stop school shootings is to develop relationships. We are specifically trained in mental health crisis and a host of other topics. By developing those relationships, we’re able to intervene.

Maybe a student saw another student is in a mental health crisis. And then we would go (initiate contact). We’re looking for things. Not just criminality.

It happens outside of school too. You’ve seen our SROs step in behalf of a student who can’t get a prom dress, or help open a pantry, or just provide them with counseling. Those are positive things. We’re parents, mentors, churchgoers and community members and we truly care about kids.

Already we’ve had two life-saving awards: an SRO saved a woman whose car sank into water, and a Narcan deployment (for a drug overdose).

The more contact we are able to make, the better. Most police have positive interactions. It’s true crime prevention. It’s about getting involved with students before something happens. It’s about picking up on warning signs.

The ACLU study states, “The security measures (like drills, use of tasers, etc.) implemented by our state due to the fear of mass shootings have created school environments that are not conducive to learning. School has become a primary source of stress for many students.” Your comment?

I don’t think it is. Are they stressed about fire drills? No. We do 10 of those a year.

And now we do 10 lock-down drills each school year. We need to get to a spot where, like fire drills, it’s done efficiently in three to five minutes. We know that it’s terrible our kids have to do this, but the amount of drills is mandated by law.

In Sarasota County, since the creation of the Sarasota County Schools Police Department, we have never had a taser deployment. I think there was one five years ago at Sarasota High School. It was in the lunchroom … a gang-related issue. And we’ve never used pepper spray.

The ACLU says the percentage of youth arrests happening at school hit a five-year high of 20%. Are there more arrests of students taking place?

We don’t arrest. We exclusively use citations as an alternative to actual arrests. They end up in Teen Court, where there will be no record of it that could hurt one’s chances of getting into the military.

I don’t know where they are getting their statistics. But arrests are about the same. It hasn’t gone up. Historically, it has maintained about the same.

The study says, “there is little evidence that the presence of law enforcement has decreased student misconduct or otherwise made schools safer.” Your comment?

The Stoneman Douglas school shooting took place in 2018. We only had about five months when the pandemic hit in our first year of operation, so the data isn’t there (to support that conclusion). It’s an awfully broad brush to say we haven’t made schools safer.

In the Stoneman shooting, everybody knew it was going to happen, but nobody said anything. By building that trust with students, they will come to us. And they have. They have called us and told our SROs horrific things. Students are the ones who feel confident and are coming to us because of the trust SROs have created.

There are definitely more Baker Acts. There’s more stress. You had the Marjorie Stoneman Douglas incident, you have COVID-19.

The school has a very effective gatekeeper process before (using the Baker Act). First, there’s Pupil Support, which provides an assessment of the situation by a counselor to see if the student is in crisis. If so, then they get law enforcement involved, because we are the only one who can do that, Baker Act a student.

Otherwise, they would have to call police in anyway, so having SROs means already there means having more eyes and ears. Sometimes we get involved before an incident, sometimes after the fact, but they all have to go through the gatekeeper process.

If a child does a criminal act, that needs to be reported. In those cases, an arrest can be tremendously traumatizing not just to the student but to the families involved. We have very few physical arrests.

If you put more officers on campus, there’s going to be an increase (in arrests). But it doesn’t have to mean it’s detrimental.

Are we over-policing our schools?

If all you want to do is hire a security guard at the door, then that’s it. That’s all you get.

When we’re on campus we’re teaching. Our SROs are in classes. They’re going into all different places connecting with the kids, telling them silly jokes, but we’re in there. We do things for students sometimes because the parents couldn’t, like purchase a prom dress on behalf of a student.

It’s the additional eyes and ears (on the ground that counts). We want to know if somebody has bad intentions, so we don’t have to wait for that call (that there’s a shooter on campus) to come into the school.

Tallahassee — Released in early September, The Cost of School Policing data survey analyzes the impact of the Florida Legislature’s decision to mandate every public school to have an officer or security personnel onsite. The study concludes heightened presence of police officers in Florida schools in the past two years has led to an unprecedented increase in school arrests.

Beyond calling for the repeal of the mandate, the statewide study included recommendations for state policymakers to mitigate what it called "the harm of increased school policing." It urges lawmakers to pass minimum requirements for training of police in schools, a minimum age for arrest and limitations on the use of force, including tasers and pepper spray, against children. Additionally, it calls for the employment of student support professionals, such as counselors, social workers and school psychologists, in adequate numbers to prevent unnecessary referrals to law enforcement.