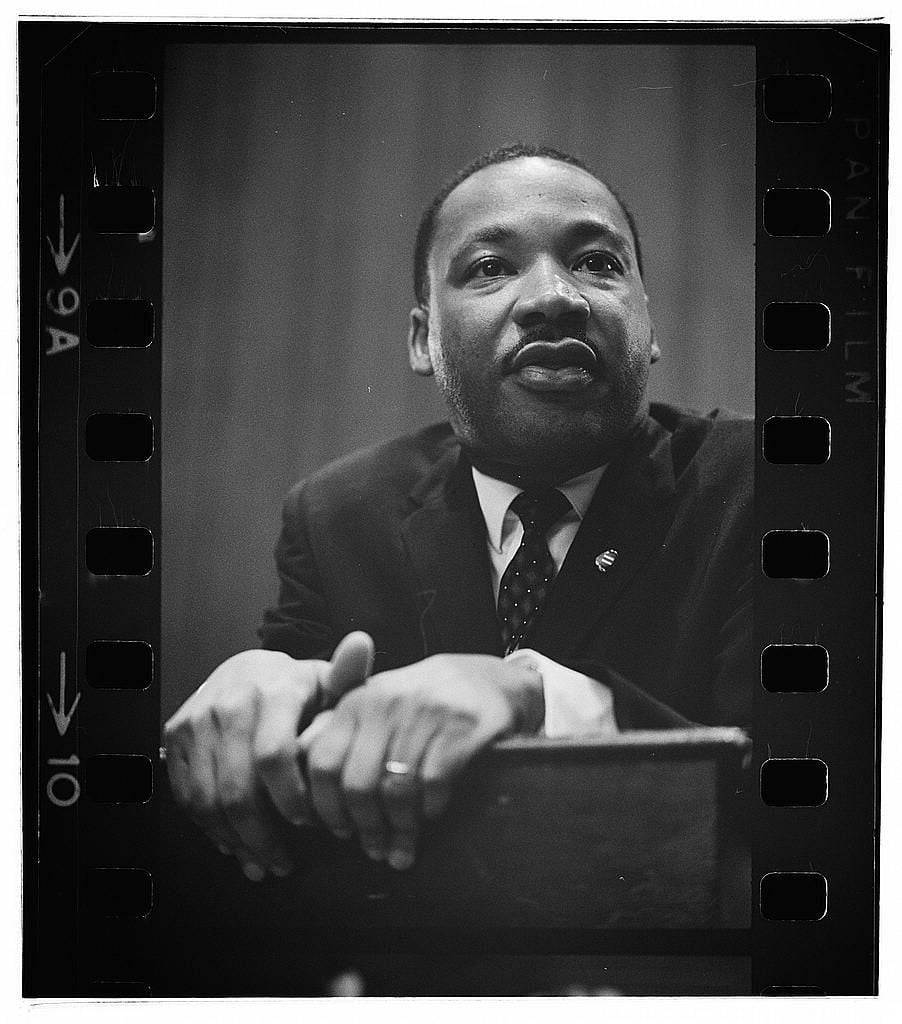 The Rev. Martin Luther King Jr. at a press conference in 1964.

The Rev. Martin Luther King Jr. at a press conference in 1964.

Do you get motivated when hearing a good, well delivered, meaningful speech? I mean one that’s a real “stem-winder.”

If the speech is inspirational, it’s only because the person giving it was inspired.

The difference between writing a document and an inspirational speech is that the writing is done for the eye, and the speech is written for the ear. The written form is where the words are in linear fashion, the way people read. The eye picks it up, relays it to the brain and it is thought about.

A speech should be written as you would like to hear it with the person giving the speech delivering it using pace, non-verbal communications and inflections to make it effective.

The written word is most often instructional, like the user manual for my Nikon D-50 camera or the memo by the CEO about downsizing the corporation. On the other hand, the words written for the ear are colorful, action words. They are written by, or for, someone with a vision, an inspiration or a cause.

Think of Dr. Martin Luther King and his “I have a dream…” speech, or President Jack Kennedy and his plea to “Ask not what your country can do for you…” classic. These people were inspired by the critical timing of events and the need for someone to take a leadership role.

They needed a rallying point. It was delivered by men who could back up their thoughts.

The Gettysburg Address had only 261 words, yet it goes down in history as one of the best.

Contrast this to a recent New York Times article referring to a presidential candidate saying: “(He) has been talking for years, and yet such is the thicket of his verbiage, that he has achieved almost complete strategic ambiguity.”

A rather nice to way of saying that he’s a blowhard.

We have gotten more thrifty with our words however, but that doesn’t mean that they work harder or, euphemistically, sing. How’s this for a fact. William Jennings accepted the Democratic nomination if 1896. The average length of a sentence in his speech was 104 words. Today, the average length of a sentence in a political speech is 20 words. We are making our point more directly, but are we making it more effectively? A well known pundit said about a recent president: “His lips are where words go to die.” You don’t want your lips to play that role.

Taking speech coaching is analogous to taking a golf lesson. In golf, you have to keep the left arm straight, your head down, shoulder turn, hip turn and follow through…all at the same time. In delivering a speech, you need to use your volume, keep eye contact, use non-verbal communications, use pauses, emphasize words and smile…all simultaneously. Just like in golf, if you practice it enough, you can do it.

Going into giving a presentation without thinking about a theme and the use of the right language is like Mike Tyson going into a spelling bee…you are not terribly well prepared.

The first thing you a do is establish what you want to have the audience thinking when the speech is done? What do you want to leave them with? There was no question in the King and Kennedy speeches what the central message was.

These were daring speeches, but at the iconic Babe Ruth once said “Don’t let the fear of striking out hold you back.”