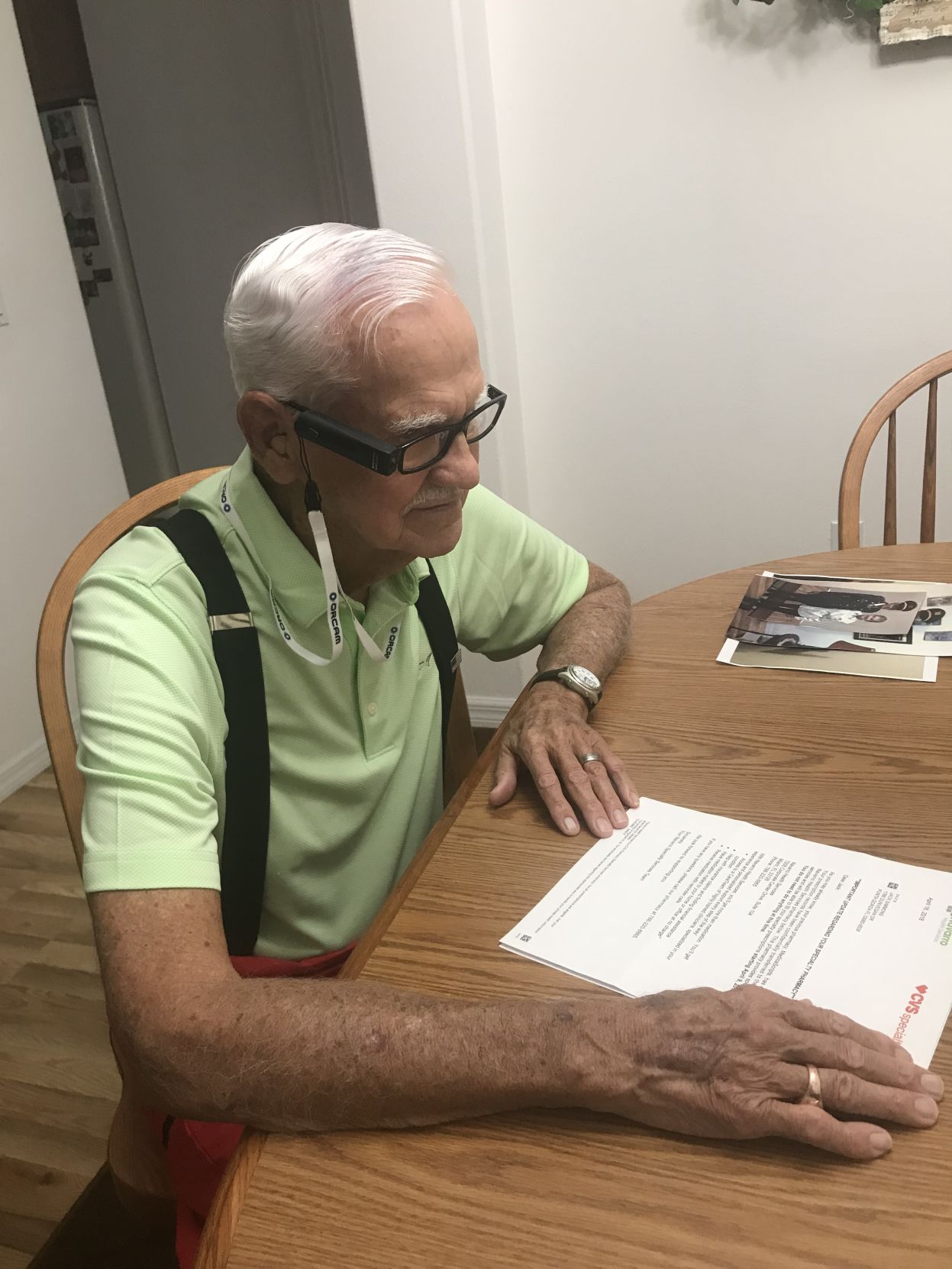 Jack Simmons uses the OrCam, attached to his glasses, to read a letter. Simmons has been legally blind for more than 4 years. 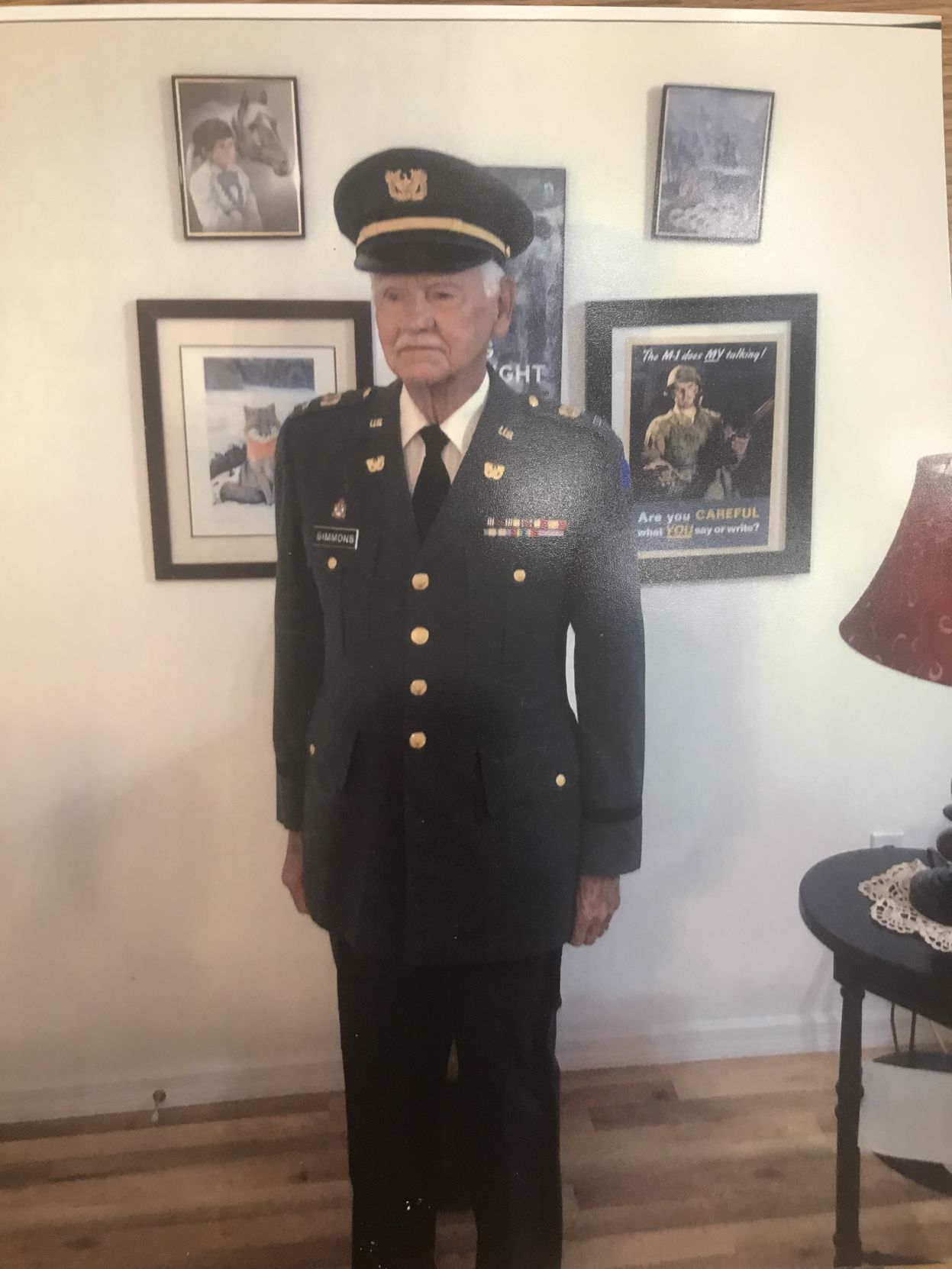 Jack Simmons stands in his Army uniform in April this year. 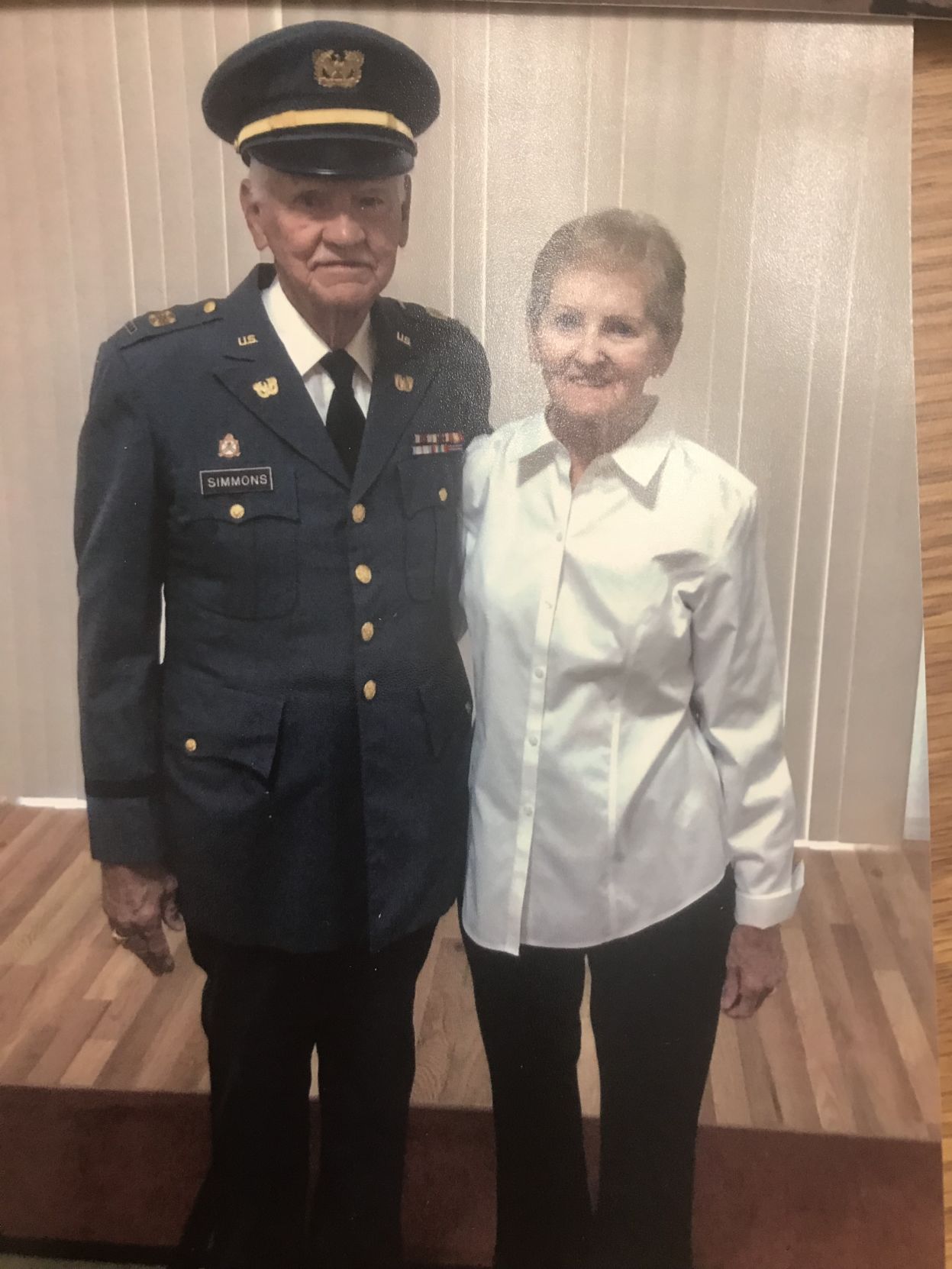 Jack Simmons and his wife Sharon in April. 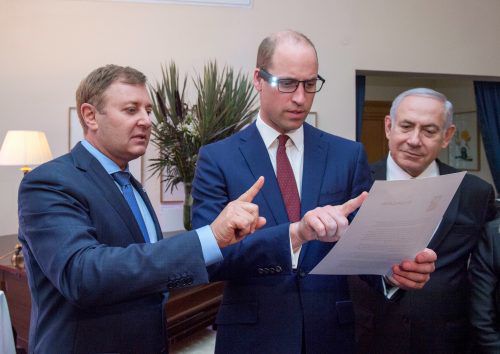 Jack Simmons uses the OrCam, attached to his glasses, to read a letter. Simmons has been legally blind for more than 4 years.

Jack Simmons stands in his Army uniform in April this year.

Jack Simmons and his wife Sharon in April.

Four and a half years ago, Jack Simmons woke up blind after getting 81 injections in his right eye to stop it from bleeding inside.

Suffering from macular degeneration, the 82-year-old retired Army veteran could no longer read letters to the editor, his favorite part of the newspaper, and he relied on his wife to read restaurant menus, pill bottles and his own mail.

“I sat in the corner, and I felt sorry for myself for about a day and a half,” he said. “At that point, I got up, kicked my own rear, and said, ‘Jack Simmons, you must do the best with what you’ve got to do with.’ That is a credo I live by now.”

In the past few weeks, Simmons has been able to do a lot more than usual. He recently received an OrCam from the Veterans Administration, a high-tech device that attaches to his glasses and reads text to him, recognizes currency, and identifies people within 12 feet.

“The OrCam is a wonderful step forward for a blind person,” he said. “The magnificent machine, or computer, which fits on my glasses is such a step forward that it has certainly changed mine and my wife’s lives.”

Sitting at the kitchen table at his home in the Kings Gate retirement community, Simmons turns the device toward a letter, and the OrCam begins to read:

When his wife enters the room and he turns toward her, the device says, “Sharon.”

The VA started the OrCam program about six months ago. To qualify, veterans must be diagnosed with legal blindness and be evaluated by a local VA employee. Need is also taken into consideration; younger veterans supporting a family may be given first priority.

For the facial recognition aspect, people must be programmed into the device by having it take 30 to 40 images consecutively. After that, the device will recognize the person as long as there’s nothing obstructing their facial features. Users can program up to 100 faces.

Simmons said a clerk once took advantage of his blindness after a bank teller accidentally gave him two $50 bills, not knowing blind people are only supposed to have $20s, $10s, $5s, and $1s. Billfolds for the blind have three compartments, he said. Twenties go in the first, tens and a folded five go in the second, and ones go in the third compartment.

“This new person at the bank gave two $50 bills to me, not knowing that she shouldn’t have done that,” Simmons said. “Unfortunately, I had a clerk that wasn’t quite thoughtful when it came to blind people and accepted the two $50s as $20s. That’s no way to build your wealth.”

An Army veteran of 31 years, Simmons retired as Chief Warrant Officer 4 in 1996. Since 2012, he and his wife Sharon have lived in Port Charlotte, in what they call a “wonderful community.” Simmons, who is friends with many of his neighbors, says they all are amazed by the OrCam he’s demonstrated for them.

“It’s unbelievable,” said neighbor Judy Fox. “All the neighbors are so happy for him, and rightfully so. It’s been tough seeing the things he had to go through.”

Simmons has nothing but praise for the way the VA treated him throughout the two-week class he attended in West Palm Beach to learn how to operate the OrCam. He said he hopes one day, every blind person will have one.

The VA’s Blind Rehabilitation Center in West Palm Beach is one of just 13 centers like it in the country and the only one in Florida. Around 15 veterans have completed the OrCam program so far. The BRC serves around 150 veterans in its inpatient unit each year and around 400 to 450 in outpatient.

“It’s a very unique program,” said spokesperson Kenita Gordon. “We work with inpatient and outpatient veterans, helping them learn to navigate the world as a non-sighted person. There’s some people who have lost vision suddenly and others have lost it over time due to macular degeneration or other disease. Almost all the staff up there have some level of vision impairment. It really brings home the veterans’ experience because the staff can relate to them.”