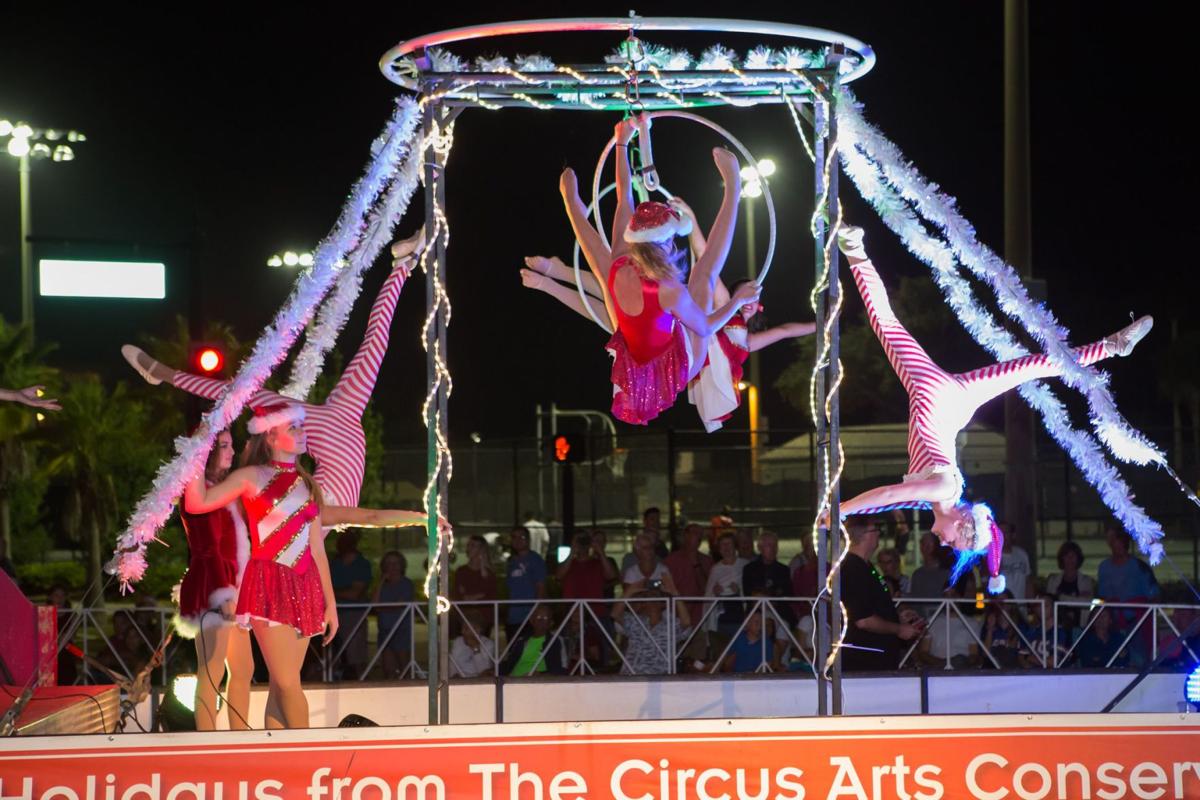 Some people travel the parade route upside down — and backwards. 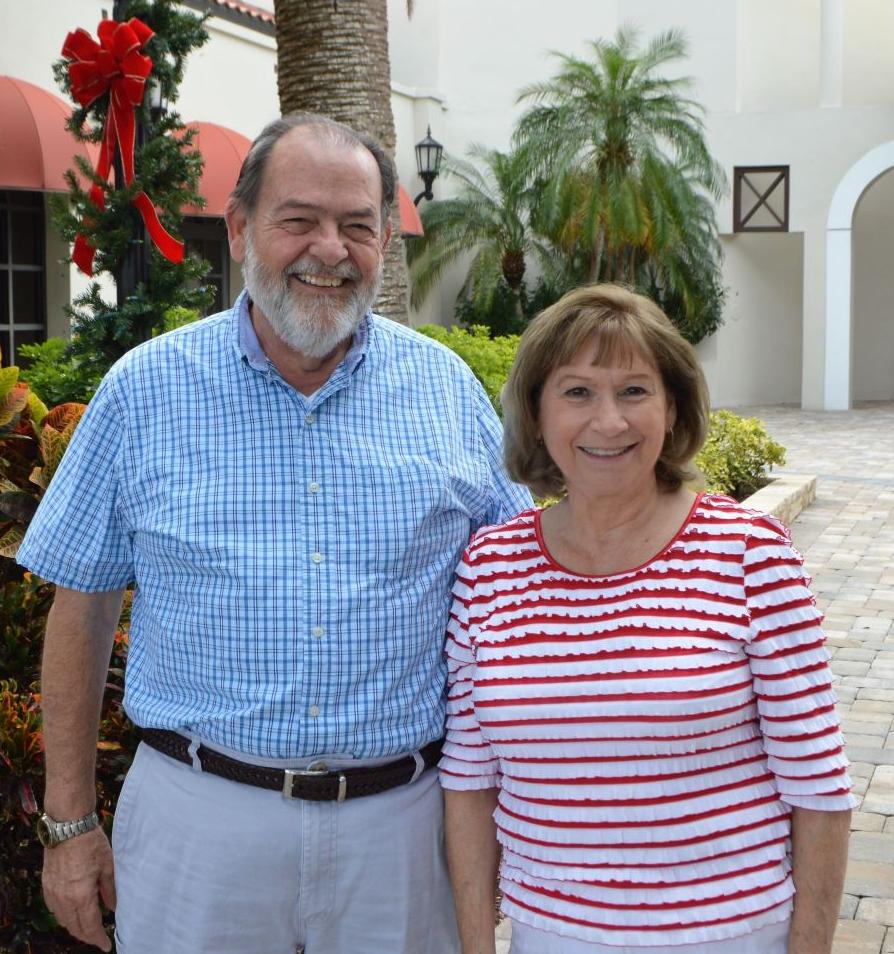 Bob and Sue Hebert have chaired the annual Venice Holiday Parade for 19 years. 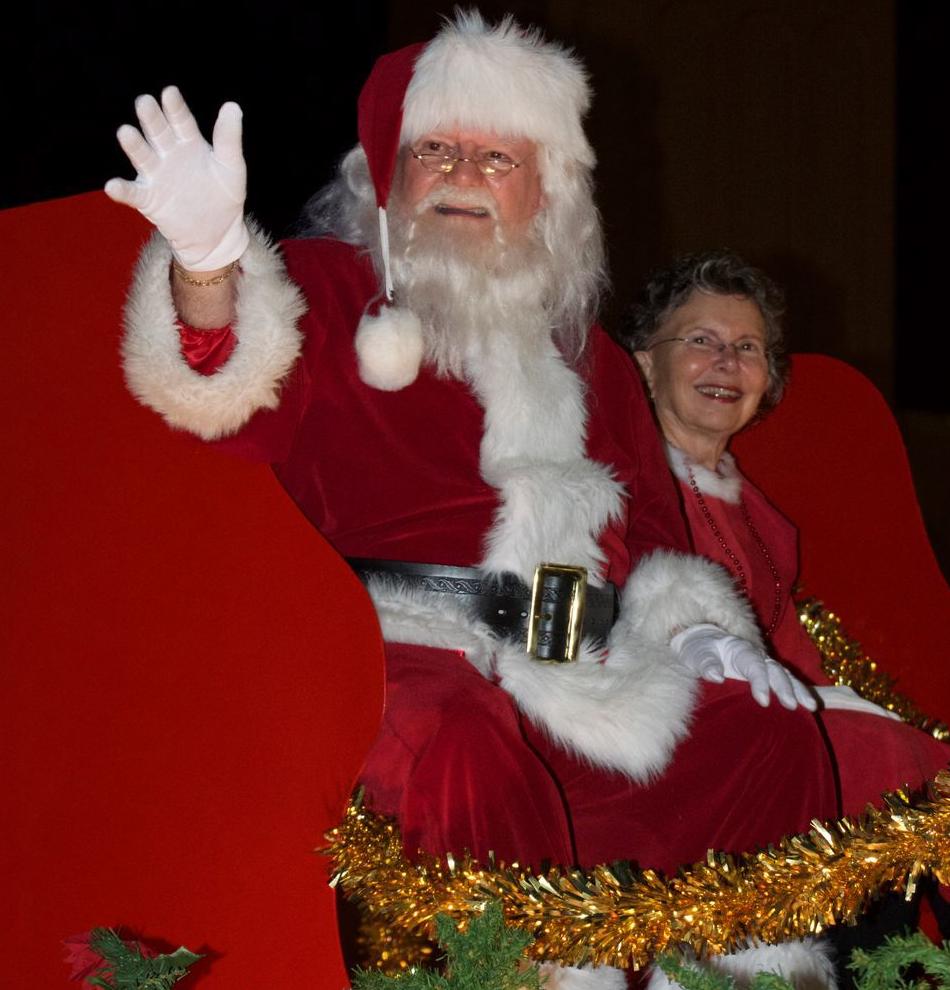 No holiday parade would be complete without a visit from Santa Claus. 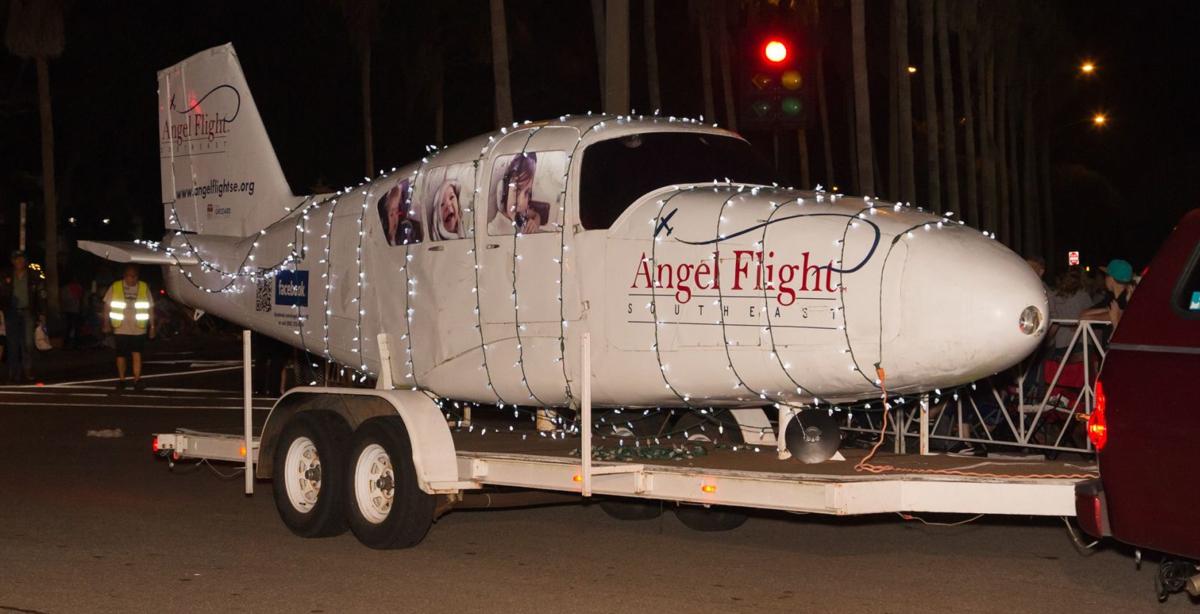 An Angel Flight plane is a perfect addition to the holiday parade in Venice. 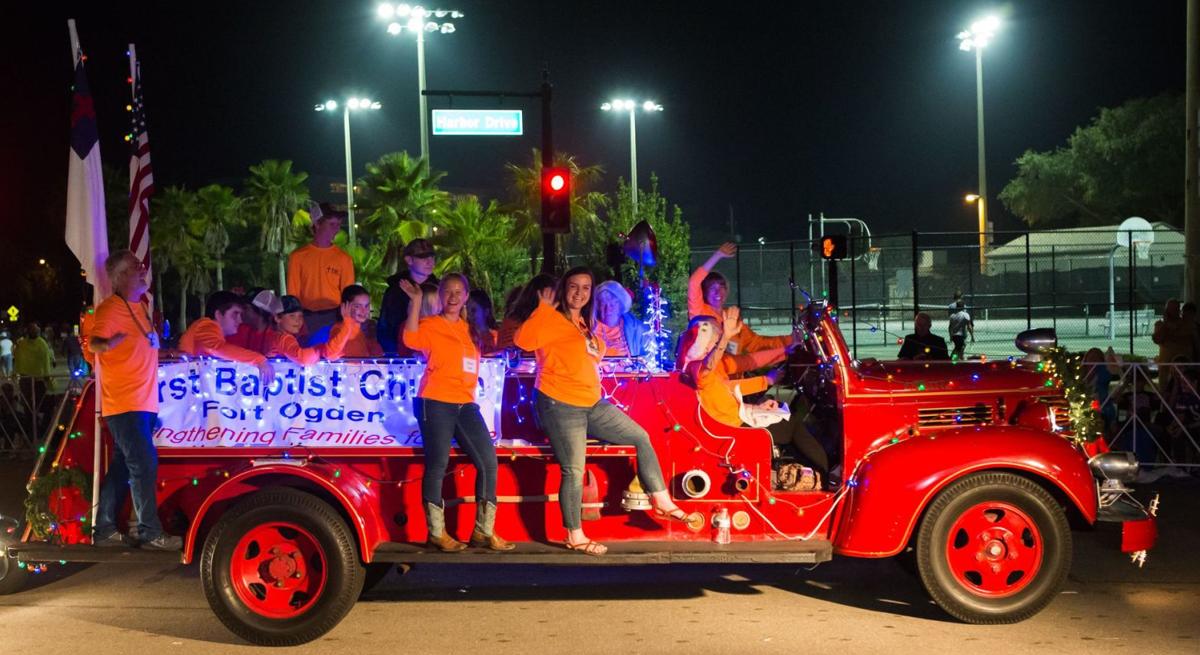 Some people travel the parade route upside down — and backwards.

Bob and Sue Hebert have chaired the annual Venice Holiday Parade for 19 years.

No holiday parade would be complete without a visit from Santa Claus.

An Angel Flight plane is a perfect addition to the holiday parade in Venice.

On Saturday, the 44th annual Holiday Parade will officially begin the holiday season in Venice.

Doubling the magic this year is a brand-new downtown with new plantings and all new lights on all the new trees.

Watch where you sit this year. Because of those new plantings, no one — not even one of Santa’s elves — will be allowed to sit or stand in the median of the 200 and 300 blocks of West Venice Avenue.

Sitting and standing on the north side of the street in those blocks is permitted. Any chairs or anything else used to mark spots in the median area will be disposed of at the owner’s expense.

Some of the best viewing will be in the 400 and 500 blocks as the parade will travel east from Park Boulevard South on the south side of West Venice Avenue. Chairs may be put out on both sides of that road along those two blocks, but no earlier than Wednesday.

With thousands viewing the parade, and the limited viewing areas in the business district this year, space in the 400 and 500 blocks as well as along the east and west sides of Nokomis Avenue South from Venice Avenue to Turin Street where the parade ends and turns into the parking lot at the Venice Community Center will be prized.

There are close to 3,000 participants in town for the parade itself. They include parade planners and chairmen Sue and Bob Hebert to Santa Claus, a grand marshal, members of the Masonic and other lodges, Boy Scouts, Venice High School Marching Band, dance students, Boy Scouts collecting food and money for the hungry, Masons on their special parade vehicles, dignitaries in convertibles, representatives of communities, schools, houses of worship, social service agencies, businesses and so many others.

“We wanted to stay within 2 hours,” chairman Sue Hebert said. “With about 90 units, if we can keep it moving, we can do that.”

The Heberts have chaired the parade for 19 years, beginning with the 25th. They have a small cadre of helpers as their advance team and about 30 additional helpers for the parade itself. Thanks to the internet, a well-designed website, and sponsorship from the city and the Sun papers, it almost runs itself, Hebert added

To insure that the parade keeps going in the future, the Heberts are looking for someone to succeed them, someone who will have their drive and determination to keep it all going for it is one of the most-loved city traditions.

“The grand marshal is Scott Dennis who will be leaving Channel 7 but is staying in the area.” Hebert said.

Dennis has been a popular fixture at the local ABC affiliate for many years.

The annual parade is a family event with something for every age group. It also serves those in need thanks to Boy Scout Troop 77.

Drinks and snack foods are offered for sale by booster clubs from Venice High School and service organizations. Bring appetites and money. Refreshments will be available for purchase at several points along the parade route.

Pre-parade entertainment begins at 5 p.m. on the section of Harbor Drive between the north and south lanes of West Vencie Avenue. As the music begins the downtown holiday lights will be turned on, transforming the city with a golden glow this season. As this story was being written the holiday lights in the downtown area were all gold rather than a variety of colors as in past years.

Every tree, new and old, was wrapped from the ground to the palm fronds with golden lights. (Again — do plan to sit or stand anywhere in the median of West Venice Avenue in the 200 or 300 blocks because of the new plantings and wood supports of the new palm trees.)

Venice Avenue will be closed from Business 41 (Tamiami Trail) to the beach, beginning at 3 p.m. Saturday.

Public restrooms located behind the tennis courts and at the corner of Nassau Street and West Venice Avenue will be open. Several Port-O-Lets will be available along the parade route. Parking will be available at Centennial Park and at Venice High School as well as some side streets in the downtown area. That day’s performance of “Mama Mia” will be at 2 p.m. at Venice Theatre.

The parade is sponsored by the city of Venice and Suncoast Media Group — which consists of the Venice Gondolier and its associated publications in Englewood, North Port, Port Charlotte, Punta Gorda and elsewhere.