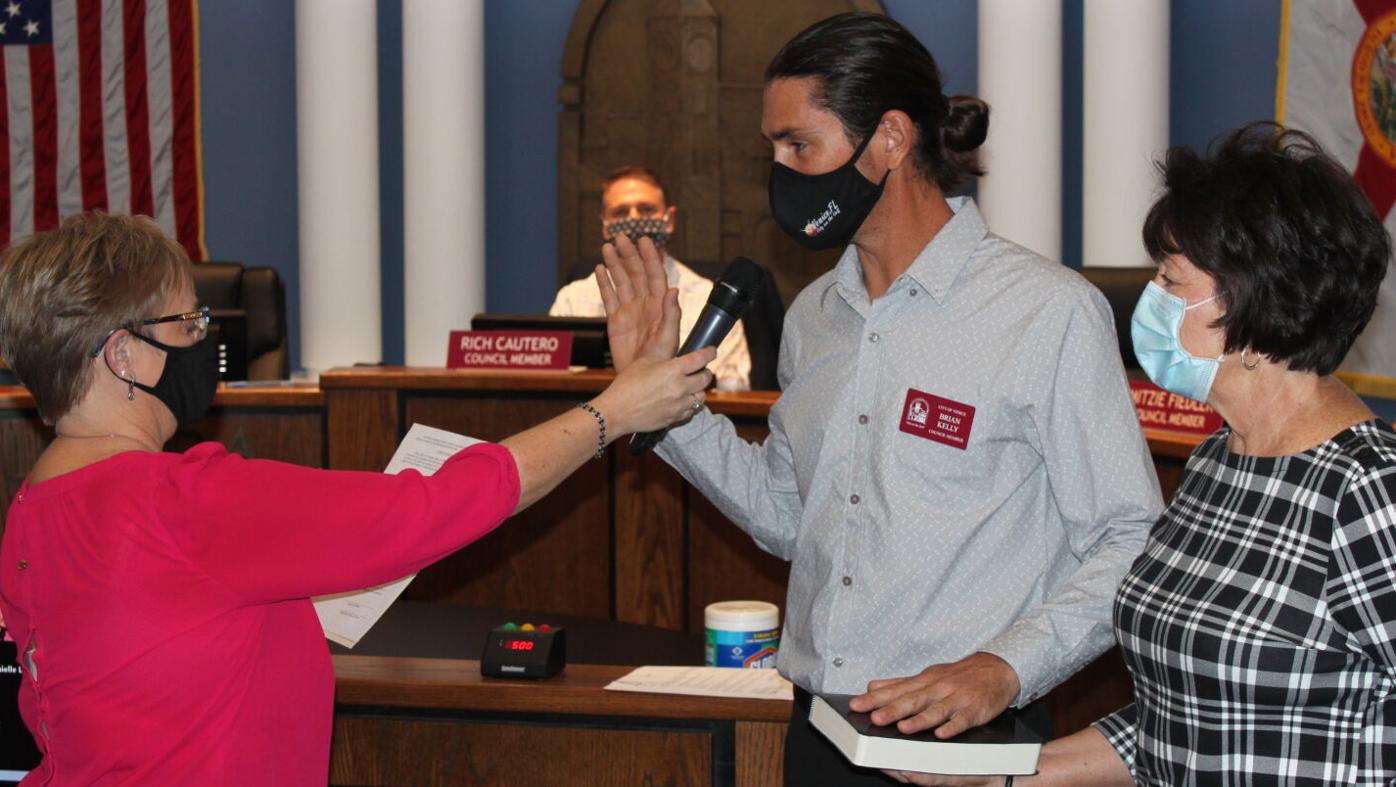 Brian Kelly takes the oath of office as a City Council member from City Clerk Lori Stelzer, left, with his mother, Theresa, holding the Bible.

Brian Kelly takes the oath of office as a City Council member from City Clerk Lori Stelzer, left, with his mother, Theresa, holding the Bible.

VENICE — Unlike a certain national race, the Nov. 3 City Council election resulted in no claims of fraud and no lawsuits being filed.

No one protested the certification of the results Tuesday, and the swearing in of new Council Member Brian Kelly and second-termer Mitzie Fiedler went off without a hitch.

Fiedler was unopposed in her bid for re-election, while Kelly defeated former Council Member Bill Willson 59%-41%.

Willson had an edge in early voting and voting on Election Day but Kelly claimed the seat with a nearly 3,000 advantage in voting by mail.

Fiedler was sworn in first, with her husband, Bruce, holding the Bible. Kelly’s mother, Theresa, did the honor for him.

After being sworn in, Fiedler recapped some of the highlights of her first term, including the construction of the new public safety facility, the completion of the downtown beautification project and the automation of garbage collection.

“All of our departments are improving but your taxes have remained the same,” she said.

Major issues to deal with in her next three years include working out a new parks agreement with Sarasota County, improving Pinebrook Road and Laurel Road and upgrading the city’s waste management facility, she said.

She welcomed Kelly to the Council and gave a shoutout to Chuck Newsom, whom he replaced.

“Chuck, if you’re listening, you’ll be missed,” she said.

Kelly said he was excited to take his place on the dais and was “looking forward to serving the city of Venice for the next three years.”

One of the final Venice City Council meetings of the year was one of the longest of the year. Read more on Page 3A.