Juliannah Stephens, left, her brother Spencer, mom Dawn and dad Donnie, enjoyed time at a pride parade in Tampa. They all received hugs. 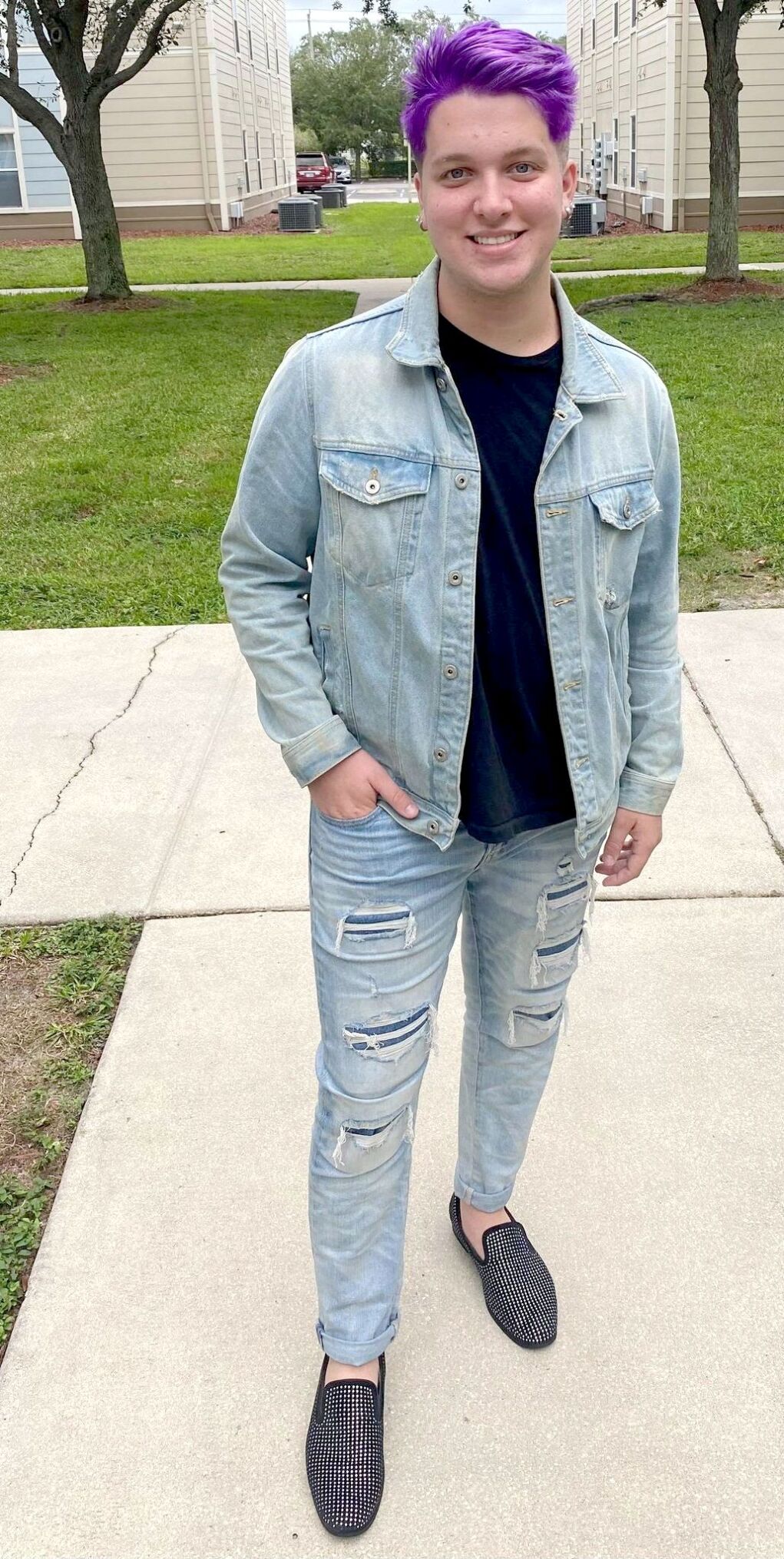 Juliannah Stephens, left, her brother Spencer, mom Dawn and dad Donnie, enjoyed time at a pride parade in Tampa. They all received hugs.

VENICE — Spencer Stephens’ celebration of life service may be unlike any other 18-year-old’s. And that’s the way his family knows he would want it.

The 2020 Lemon Bay High School graduate loved fashion. He worked as an associate and stylist at American Eagle Outfitters. He liked modeling store clothing at scenic places and posted them to his 2,578 Instagram followers.

Stephens died Nov. 30 from injuries following a crash on Interstate 75.

Knowing how much he loved dressing up and looking good, Stephens’ parents, Donnie and Dawn, and his older sister Juliannah spent last week planning a special memorial. They believe he would want his friends and family to show up to his service in style from 1 p.m. to 4 p.m. Saturday at CoastLife Church, 2235 Seaboard Ave., Venice.

“We want people to dress to the nines,” Dawn said. “We want them to wear something special. We are honoring an extraordinary and unique individual who loved fashion.”

At Thanksgiving, the fashionista wore chunk heels and made his family laugh.

“We were together on Thanksgiving. He worked on Black Friday and then came back to Englewood on Saturday,” Dawn said. “He picked up a shift at the American Eagle at the Town Center mall to help his former boss. He stayed there until about 6:30 (p.m.) and then came home. He had some Thanksgiving leftovers. He crawled up on the roof and helped his dad with the rest of the Christmas decorations. He loaded his car and headed back to college.”

While driving on Interstate 75 near Palmetto, Spencer was involved in a crash. The impact deployed the airbag in his car. Before emergency vehicles arrived, Spencer freed himself from his disabled car. His family believes he was worried another driver might slam into his car in the dark, so Spencer crossed over two lanes of traffic to wait for police.

As he walked onto the shoulder, Spencer was hit by a Dodge Ram pickup whose driver had swerved to avoid the backed-up traffic. The driver never saw Stephens. The Florida Highway Patrol is investigating the crash.

“Spencer started going to church when he was young,” she said. “He was part of the WyldLife program when he was in middle school and later the Younglife program in high school. He went to church camp in the summer and winter....When he came home on weekends, he made it a point to go back to church.”

Spencer volunteered in the community, was a member of the Lemon Bay Manta band and named the 2019 homecoming king.

Spencer did something that most teens struggle with but trusted his family would understand. He came out and told them he was gay.

“He came out as true and authentic,” Dawn said. “He wore rainbow sneakers. He really wanted people to live for themselves. We had to have difficult conversations at times, especially in middle school. The outcome was always that we don’t worry about what others think. Then there was no stopping him.”

Dawn said she and Donnie are so proud of their son.

“When he moved to Tampa in August, Spencer couldn’t just go to college. He said he was going crazy and needed to go back to work,” she said. “He wanted to be around people. He lived every day full of life.”