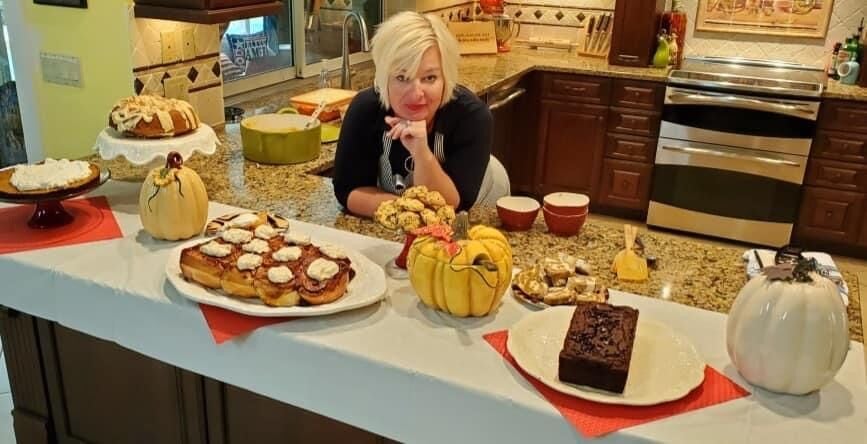 Jayne Jones started her blog, No Sugar Baker, after she had a health scare and was diagnosed with Type 2 diabetes. 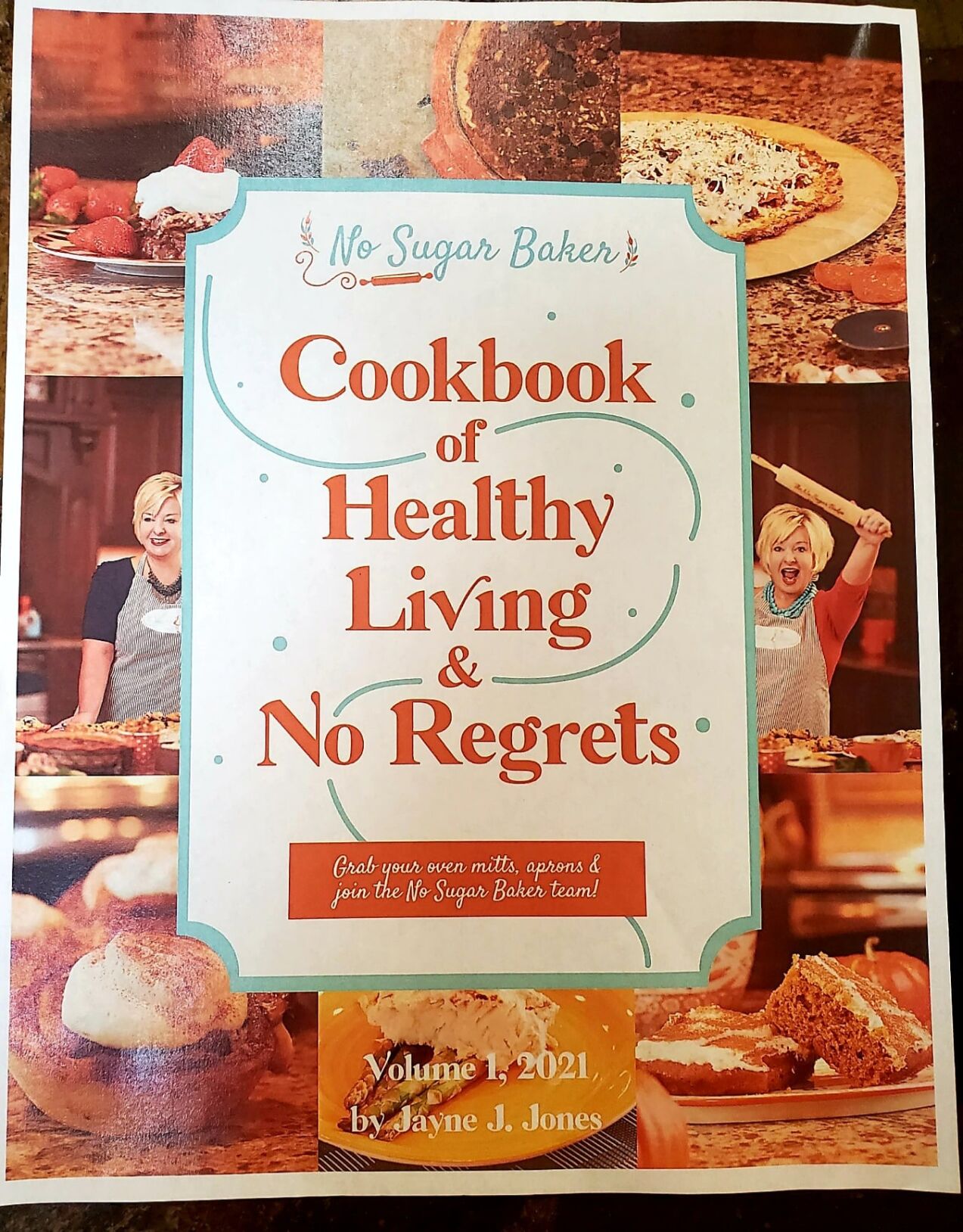 No Sugar Baker posts healthy recipes on her website and also has a following of 93,000 people on Facebook.

No Sugar Baker uses Swerve granular, which is a natural sweetener and does not raise blood sugar.

Jayne Jones started her blog, No Sugar Baker, after she had a health scare and was diagnosed with Type 2 diabetes.

No Sugar Baker posts healthy recipes on her website and also has a following of 93,000 people on Facebook.

No Sugar Baker uses Swerve granular, which is a natural sweetener and does not raise blood sugar.

NOKOMIS — Jayne Jones, also known as the No Sugar Baker, will have a cookbook release in Nokomis on Saturday.

Her “Cookbook of Healthy Living & No Regrets” features 100 healthy recipes and Jones’ journey from a health scare to healthy living.

Jones began her role as the No Sugar Baker back in April 2020 after being diagnosed with Type 2 diabetes.

In August 2019, Jones starting feeling off when she took a trip. She was misdiagnosed at the time but still felt bad when she was back at home.

She went to Sarasota Memorial Hospital and a nurse noticed her blood pressure was dangerously high. This led to a series of tests and admitting Jones into the hospital.

While there she learned of her new diagnoses of diabetes, but was unaware of the side effects from the health scare.

“No one told me that when my blood glucose levels dropped that fast, I would lose my eyesight,” Jones said.

For a couple weeks, Jones’ eyesight gradually blurred. After the eyesight loss and speaking to a Venice doctor about more health risks, Jones turned her life around.

Instead of taking medications, she changed her diet and exercise, and has not worried about her eyesight or health since.

“I feel 100% better, it’s like night and day,” Jones said about the benefits from her lifestyle change.

For her healthy lifestyle, she strives to eat 20 to 25 carbs a day and uses Swerve in substitution of sugar. Swerve granular is in many of her recipes and acts as a natural sweetener that does not raise blood sugar.

“Before, I never saw food as a nutrition or fuel for my body, but now I do,” Jones said.

Jones is not alone in this healthy lifestyle. Her parents and husband are supportive of her health progress and eat healthy with her.

Apart from the support from her friends and family, Jones has a 93,000 following on Facebook and runs a blog.

She hopes people can connect with what she went through and learn how to live a healthier lifestyle.

It is also no coincidence that Jones decided to have a cookbook release in Nokomis. Her parents have been snowbirds for 20 years and Jones used to come and visit on weekends.

Jones mentioned the area felt like home to her and especially now since she bought a house two years ago in Nokomis.

Her family and friends asked her to have a class, so she decided to combine that with her recent cookbook release. She will be talking about her healthy living while also signing books.

Those interested can meet her and hear about her journey with diabetes at 4 p.m. today at the Royal Coachman Park, 1070 Laurel Road East.

"Before, I never saw food as a nutrition or fuel for my body, but now I do." - Jayne Jones, the No Sugar Baker

Jayne Jones will be signing her cookbook and meeting with people starting at 4 p.m. Saturday at the Royal Coachman Park, 1070 Laurel Road East, Nokomis.