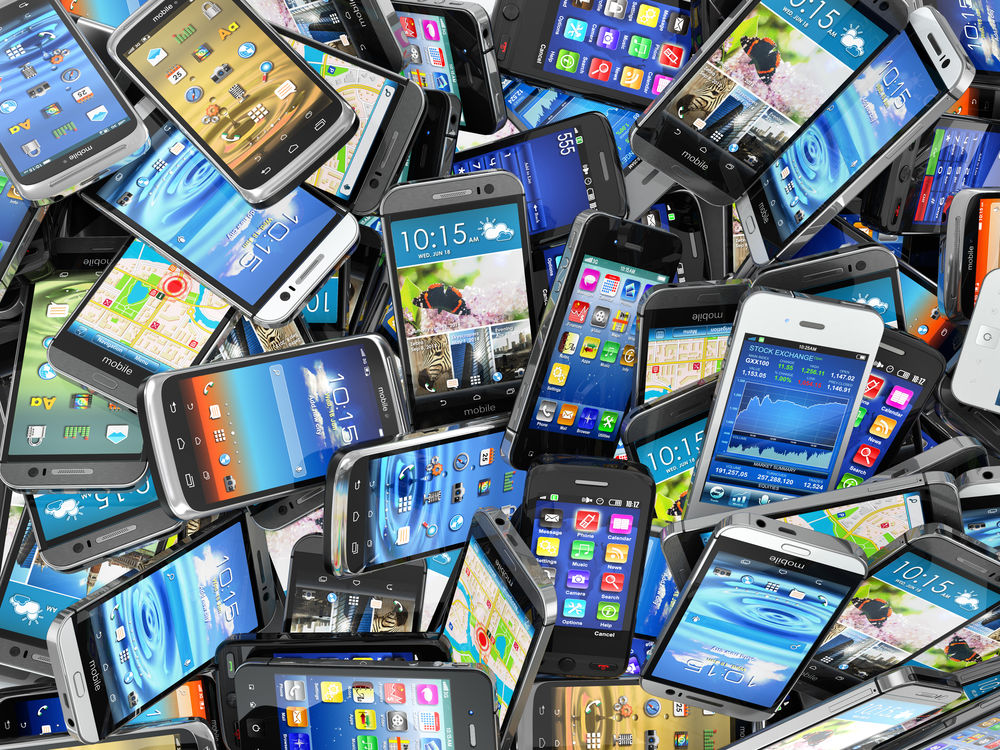 Yes, I admit it. I have an iPhone and every week I receive a report on my screen as to how many hours of screen time I’ve spent.

It’s like getting a status of your addiction by someone you don’t want to be addicted to. Last week I was at 8.27 hours which was 12% less than the week before.

The week before I was up 21%. It’s like Weight Watchers for cellphones.

That adds up to 370 billion waking hours of calling, texting and reading and a lot of doing other things on their phones including idly texting, viewing movies, checking the weather and other activities not related to communicating with anyone.

The original purpose of cellular phones seems to have disappeared. Maybe they should be called mobile entertainment devices or personal multi-purpose instruments, PMI’s for short.

Right now, there seem to be some well known people who are deemed “extremely online,” those who are using the social media extensively.

One of them is the over-the-top Alexandria Ocasio-Cortez. Pundits describe her as capable of sending a multitude of fast-twitched postings on a variety of issues on Instagram and Twitter. Don’t you wish you could do that? People who are “extremely online” are defined as “conducting as much of one’s life online and having as little human contact as possible.”

What a wonderful way to hide from speaking and writing clearly and concisely.

The 1976 satirical movie, “Network,” was probably the predictor of the internet age we now live in. The lead character, Howard Beale, articulated exactly what is happening now, for good or for bad.

“I feel vivid and flashing, as if I been suddenly plugged into some great electromagnetic field” he says. “It is a shattering and beautiful sensation. It is the exalted flow of the space-time continuum, save that it is spaceless, timeless and of such loveliness. I feel on the verge of some ultimate truth.”

Could the man be deranged or just caught up in the moment, like your romance with your iPhone?

The New York Times has an article suggesting that, “in the future, we can do lots of things with ‘lost screen time.’”

We could do a lot with 1,460 hours per year. It takes 700 hours to learn a new language, so you can learn two new languages with the time saved.

A Scottish cyclist rode around the world in only 79 days eating up 1,264 hours, so get on that bike. Reading: at a rate of 280 words a minute it would take 71 ½ hours to read Marcel Proust’s “In Search of Lost Time” so you could get through the book almost 20 times.

Maybe the biggest benefactor of the excess hours we’d be saving are all of the functions of communications we’ve cut out because we’re so busy texting and viewing stuff on our phones.

Maybe we should go back to those often forgotten coffee sessions where a group would meet just to “gab” or those regular lunches for us to get together to batter around a subject. Why not just get a small group of men or women together and meet for a breakfast or lunch on a regular basis. Are we losing our ability to just speak up and present our viewpoints clearly?

The written word is a strong option to fiddling with your phone. Maybe it’s time to bone up on your writing skills so that you can write meaningful letters and emails to friends and family.

Texts are fine responses to “yes” or “no” questions but a thoughtful response is desirable for all others. There is a certain rudeness to one line emails when responding to an email that needs more description. Millions of memoirs and other letters are saved for sentimental reasons by people but there are probably no known texts or emails that are in shoeboxes in storage or in the Library of Congress.

The next time you pick up your smartphone, think of it as a musical instrument capable of playing great symphonies, not just noise. The person on the other line will love it.