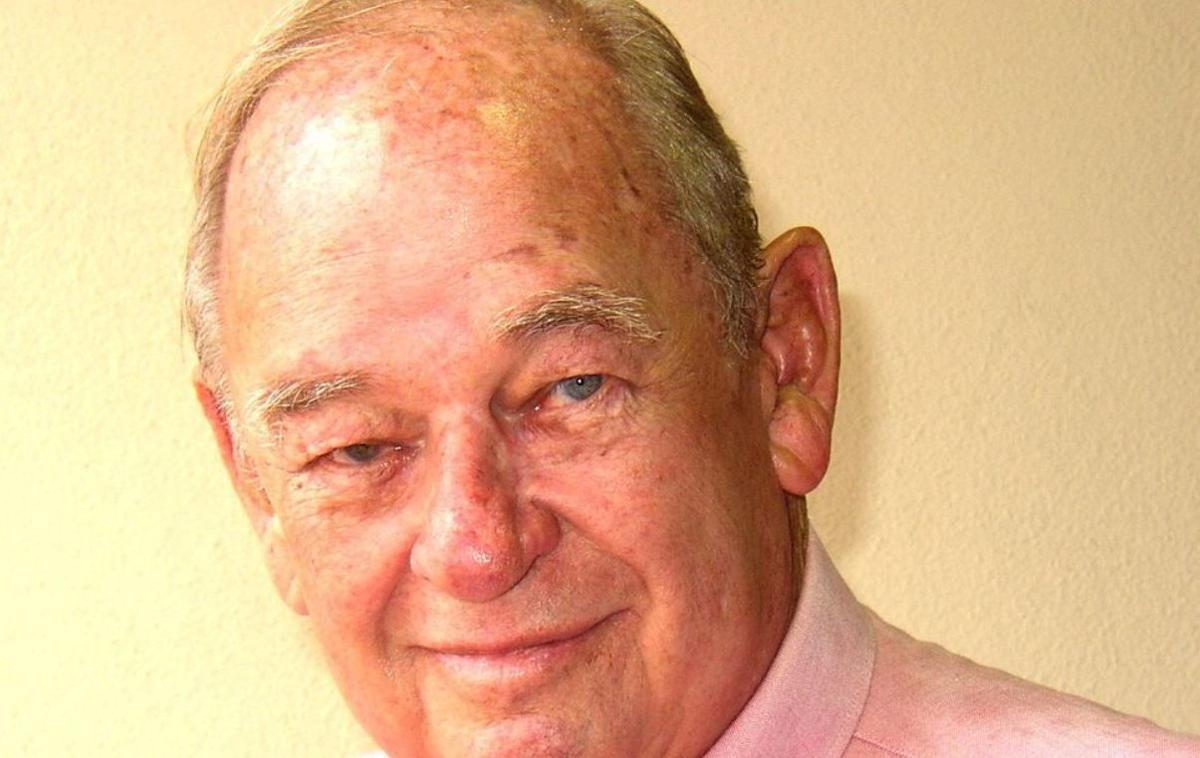 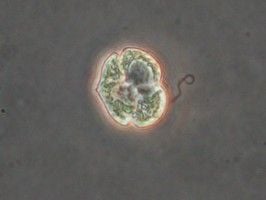 One red tide, Karina brevis, cell doesn’t look like it could wreak such havoc, but get 100,000 or more blooming together, then watch marine life die and humans suffer respiratory and other ailments. Florida researchers are making a concerted effort to understand the toxic algae. 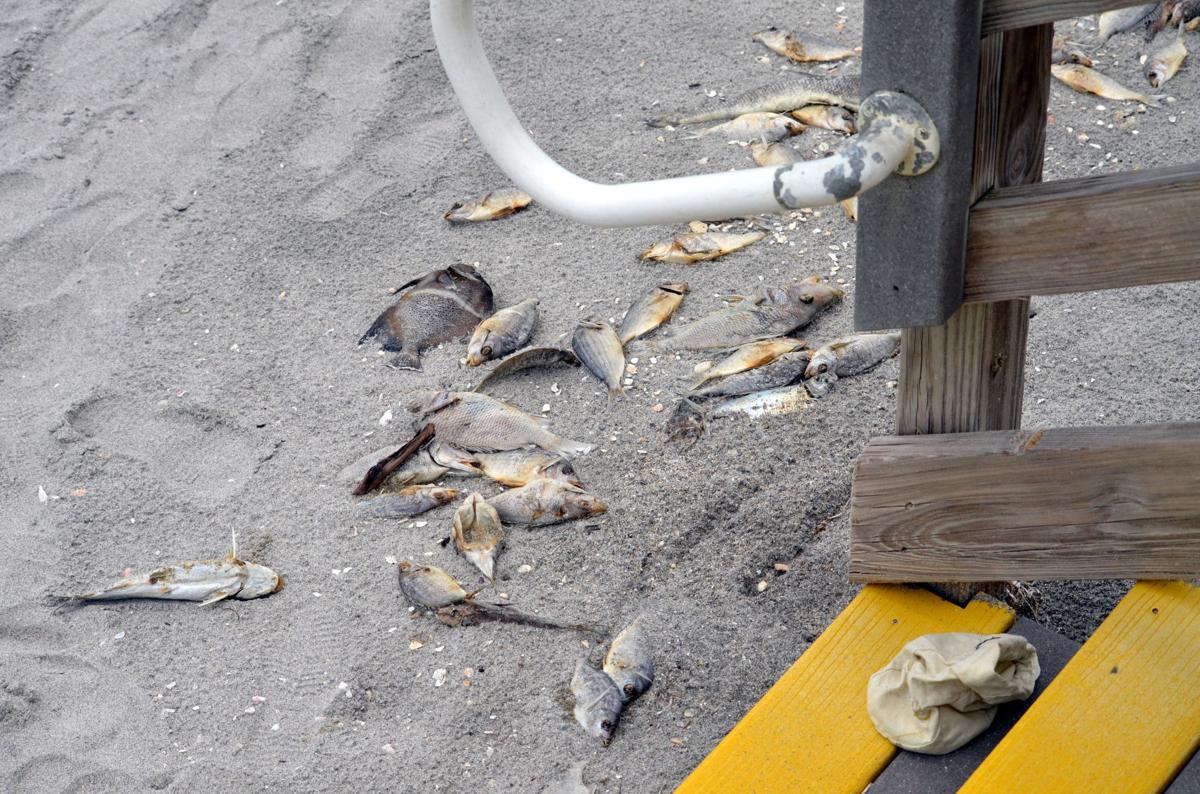 Dead fish at the bottom of stairs at Caspersen Beach in 2018, left by high tide and caused by red tide.

One red tide, Karina brevis, cell doesn’t look like it could wreak such havoc, but get 100,000 or more blooming together, then watch marine life die and humans suffer respiratory and other ailments. Florida researchers are making a concerted effort to understand the toxic algae.

Dead fish at the bottom of stairs at Caspersen Beach in 2018, left by high tide and caused by red tide.

NOKOMIS — A local inventor who claims to have a cure for red tide is ready to sell it to the highest bidder.

A red tide bloom in 2018 devastated Southwest Florida’s coastal economies. That bloom has reappeared, although not as strongly, over the past few months.

It’s not the first time Nokomis resident Bob Rigby placed his “cure” up for sale.

He tried back in 2006, but couldn’t reach agreement with a number of potential partners, one of which was Mote Marine.

Rigby believes Mote wanted to take too much credit for his cure. Others backed off in part due to sticker shock.

He’s asking for $100 million for a patent to the red tide killing solution and a disbursal system.

Rigby famously conducted a series of tests at Venice High School over four years culminating in a report in 2007. He said the report proves his cure will kill off Karenia brevis cells, which carry the toxin that causes red tide, while minimizing damage to other creatures in the ocean.

He said he’s disappointed that Mote Marine, Florida Department of Environmental Protection, and Florida Fish and Wildlife Commission. He said they have all but ignored his findings and refused to replicate the tests to confirm his results.

Rigby recently reached out to the Sarasota County Health Department, DEP and FWC but received what he described as the runaround.

In an email to Rigby, William Higginbotham, director of Environmental Health and Safety Preparedness in the Florida Department of Health in Sarasota County, suggested Rigby contact DEP to inquire about necessary reviews and permits for the use of his disbursement device.

“The use of any device that may potentially introduce biocides and disinfectants into the natural environment or waters of the state would have to be reviewed and approved by the Florida DEP and/or the Florida Fish and Wildlife Commission, and potentially other state and federal agencies,” Higginbotham wrote earlier this month.

Higginbotham said the Florida Department of Health had “no legal authority to authorize or propose the use of such a system, regardless of its potential efficacy.”

In August, Jonathan Veach, communications officer with the Fish and Wildlife Research Institute at FWC, told Rigby via email that before any red tide mitigation method can be viewed as a potential solution several conditions must be addressed.

First, any control strategy or treatment must do no harm to other creatures in the ocean, Veach wrote.

Third, the solution must be practical. Red tides vary greatly in size, even up to 25,000 square kilometers, and can be present from the surface to the bottom and extend offshore for many miles, Veach wrote.

Veach invited Rigby to mail any sample materials to the FWC.

“Notice they didn’t ask for the (2007) test data,” Rigby said. “How long is the public going to stand for this? I could have the red tide cure up and running in a few short years, but they don’t even want to talk about a cure. They want to keep on doing research.”

An inquiry about Rigby’s red tide solution to DEP by the Gondolier Sun was referred back to the FWC.

“FDEP has had 12 years to confirm our test. Why haven’t they? Maybe they don’t won’t to confirm. They certainly have had the money and time to do it,” Rigby said.

He criticized FWC for studying red tide for more than 50 years without coming up with a solution, and Mote for spending millions in public funds, while he spent little on his cure.

Rigby began researching a red tide solution in 1991 from his garage, he said.

“It’s David vs. Goliath, millions of dollars vs. a little over $8,000. Venice high kids vs. a scientific marine giant,” Rigby said.

He took out at an advertisement in the Gondolier Sun to sell the rights to his U.S. patent for the liquid solution used to kill red tide and the “organism killer dispensing system” that would be used to disperse the liquid solution, adjustable at varying depths.

The cure uses a solution comprising between 5 and 15% sodium hypochlorite, an ingredient used in bleach, and the rest inert ingredients.

Rigby said he hopes the advertisement and recent contacts to refamiliarize government officials with his previous work will spur someone to pick up on it.

A friend took his advertisement and made some phone calls. Already a California company said it is interested, Rigby said. He’s awaiting their response to his request to submit qualifications.

He said “$100 million really isn’t a lot when you consider the economic impact of last year’s red tide on our coast. This is a worldwide problem.”