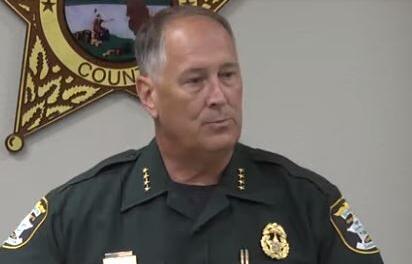 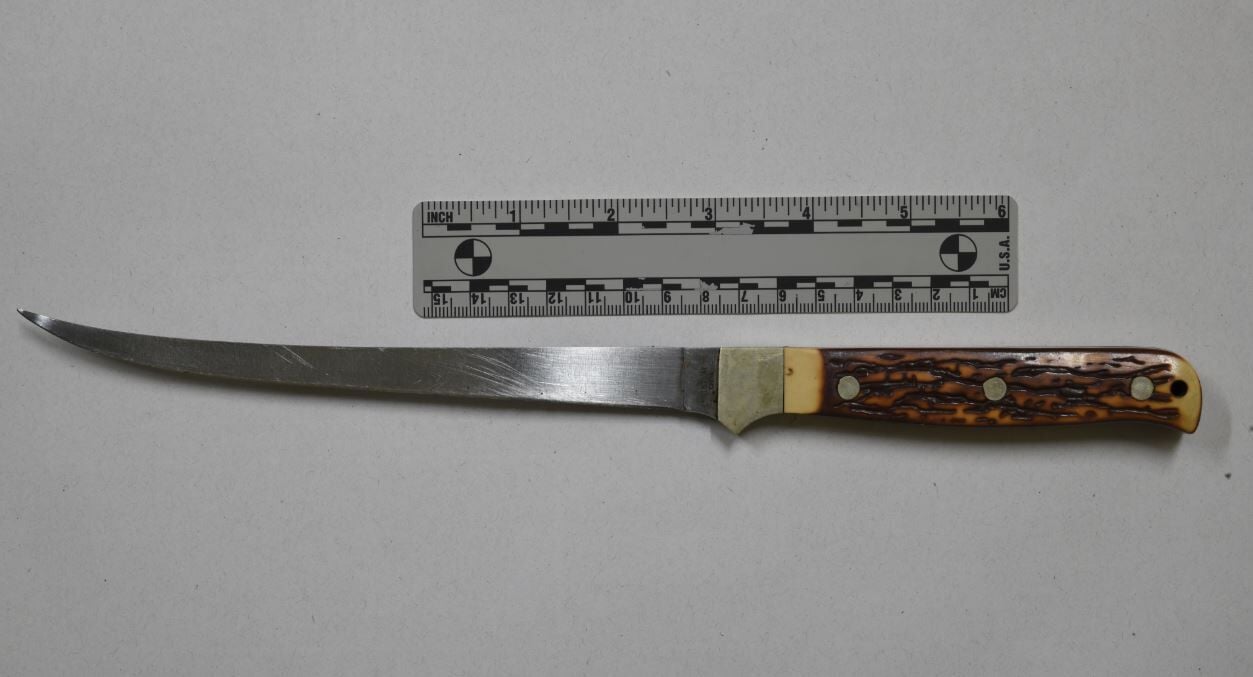 The 8-inch knife held by Adrean Stephenson, 63, of Sarasota.

The 8-inch knife held by Adrean Stephenson, 63, of Sarasota.

SARASOTA — A woman in her 60s with what was described as a long history of mental illness was shot and killed Sunday night by a Sarasota County Sheriff’s deputy.

Adrean Stephenson, 63, reportedly broke a wine glass, attempted to stab herself in the neck, and became violent toward family members, according to authorities.

“This is another tragic example of a person with severe mental health issues going into crisis and putting her own life and the lives of others at risk,” Knight said. “Our deputies were called in to protect her family and the community, but despite all attempts at de-escalation that included a Taser, they found they had to protect their own lives as well.

Deputies were called around 5 p.m. Sunday evening to a domestic battery incident in the 4000 block of Dyer Lane.

Before deputies arrived, Stephenson fled on foot, arming herself with an 8-inch fillet knife.

Deputies immediately began searching the neighborhood. Stephenson emerged two hours later from the wooded area near the intersection of Dyer Lane and Corey Road holding the fillet knife to her throat, authorities said.

She had multiple self-inflicted wounds on her neck, wrists, ankles and torso, with blood visible on her clothing.

One deputy deployed his agency-issued Taser twice. When the Taser failed to subdue the subject, a second deputy fired his weapon, striking the suspect twice. Deputies immediately rendered first aid, but the suspect was pronounced dead at the scene by paramedics.

No one else was injured. The deputy involved in the shooting was placed on administrative leave per standard protocol, and the investigation is ongoing.

The Sarasota County Sheriff’s Office has also been investigation the shooting death of a North Port man who reportedly fired his gun outside his home and then allegedly pointed it at two North Port officers.

Knight said the Sunday night death was an example of relying too heavily on law enforcement to solve societal problems, when other mental health organizations might have been better equipped to step in and de-escalate the situation.

The Sheriff’s Office has four counselors and is bringing a fifth on board to handle some issues.

“Most people will call 911,” instead of calling a mental health crisis hotline or suicide hotline, Knight said.

“Law enforcement and mental health don’t go well together,” he said. “We need more services available. We don’t need law enforcement getting involved in these situations.”