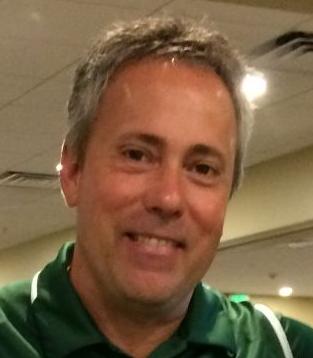 VENICE — Only about 16 people — including more staff members than parents — participated in the site analysis part of the search for a new Venice High principal Thursday, but they had a lot of opinions.

Principal Eric Jackson announced during spring break he has “accepted a new leadership role out of state” after five years at the helm of the city’s only high school.

The new job starts July 1, he said in an email to parents.

According to Steve Cantees, the district’s executive director of Secondary Schools, Jackson is returning to his home state of Connecticut.

Cantees and Craig Maniglia, director of Communications and Community Relations, conducted the site analysis to get input on the characteristics desired in the next principal and potential challenges he or she might face.

But they began by asking what’s going well at the school, and most of the responses, submitted electronically, had a common theme: academics, with college programs, the International Baccalaureate program and advanced placement classes specifically mentioned.

Several people included sports in their response, while communication was cited a couple of times.

A question about what traditions, programs or activities should be continues brought a range of responses, from maintaining the school’s relationship with neighboring Venice Elementary School to “graduation and prom traditions.”

Graduation this year, scheduled for the football stadium, is expected to look much like it has in years past, but the prom has limited attendance and no dancing. Parents have organized a separate event with fewer restrictions.

The list of potential challenges was similarly broad, though several respondents brought up issues with staff.

One identified “Teachers doing the minimum and citing union/contracts” as a challenge, while another said “Tenured, ineffective staff members” and a third said “Entitled coaches.”

Dealing with the impact of COVID-19 was mentioned, as was the need to build trust, if the new principal is an outsider, especially in a city in which the “Community plays a big role and can have a loud voice.”

Venice is tight-knit, an in-person attendee said, and it can be difficult to build relationships.

The small group generated more than two dozen responses when asked to identify the four most important characteristics in the new principal.

“Experience” led the way, with being approachable close behind, followed by leadership, community and integrity.

Input from the session will be included with the job description for candidates to view, Cantees said.

The hiring process is expected to take about two months, he added.

“The key thing is to open the window wide enough to get quality candidates and as many of those as we can,” he said.