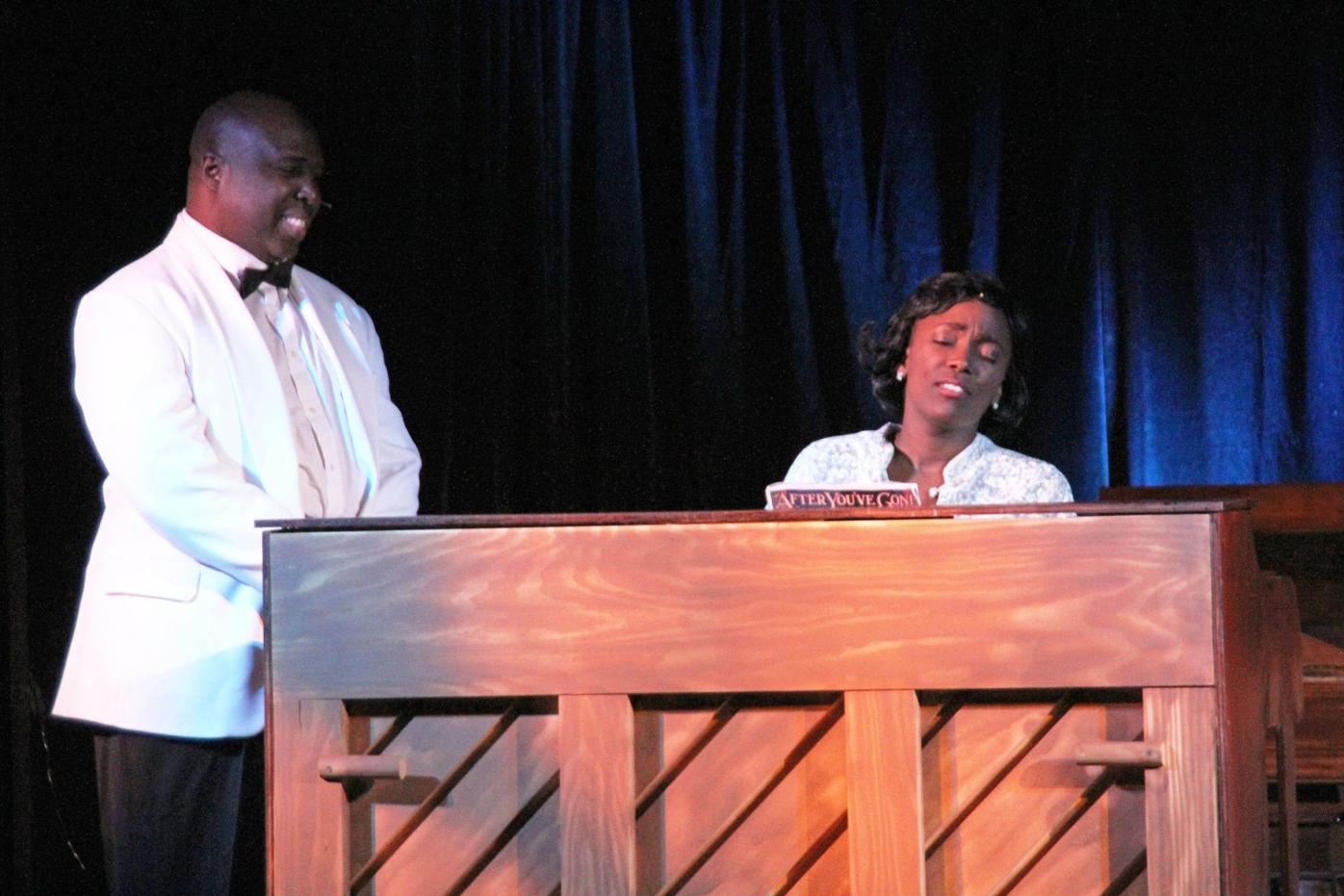 Louis Armstrong, as a spirit portrayed by Michael Kinsey, stands by Lil Hardin Armstrong, portrayed by Marta McKinnon, as she plays the piano at a televised tribute concert commemorating his death not quite seven weeks earlier. As the play ends, Louis escorts Lil off the stage, an action that represents her death of a heart attack, which occurred at the concert. 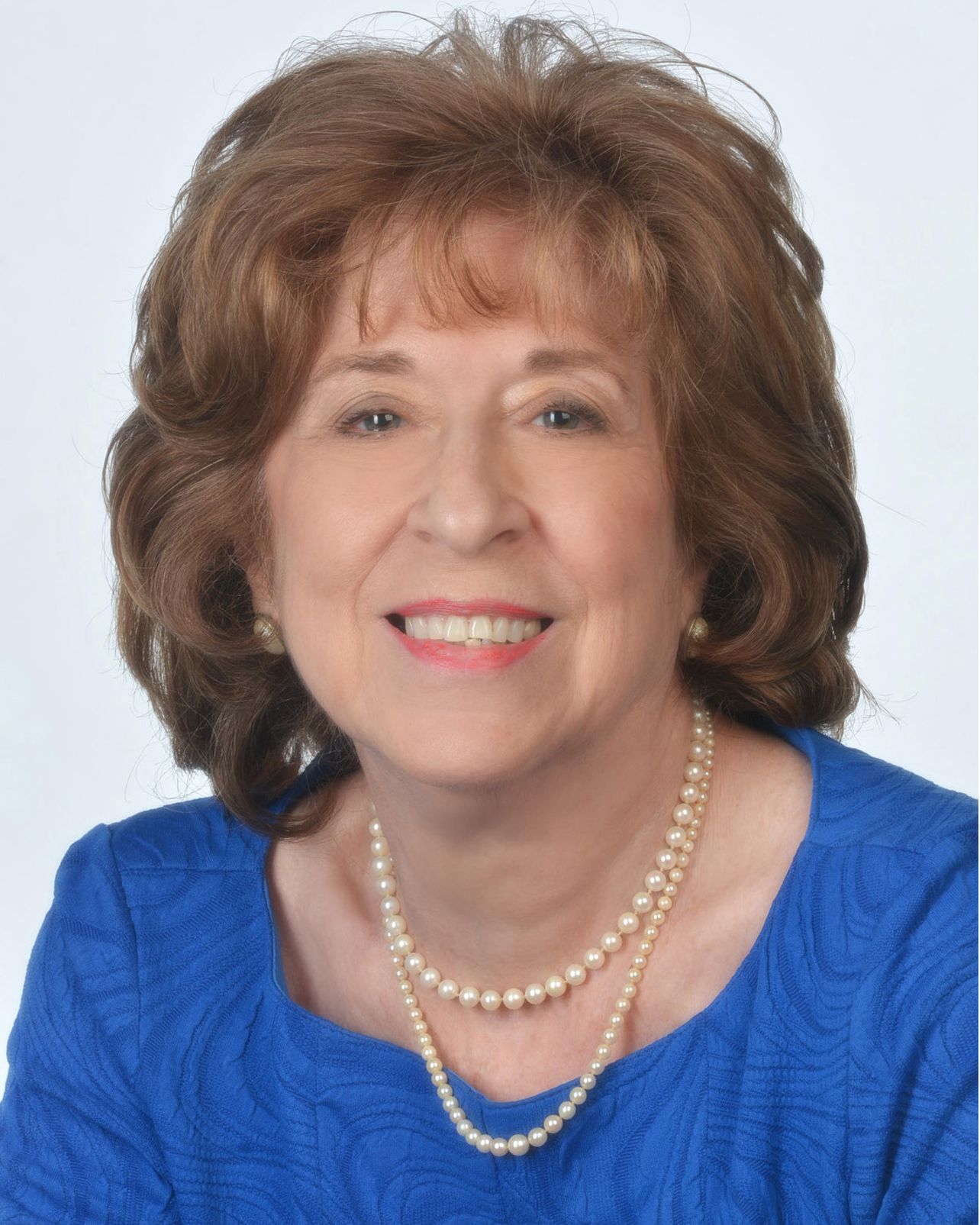 Jo Morello is the creator and producer of “Lil & Louis” 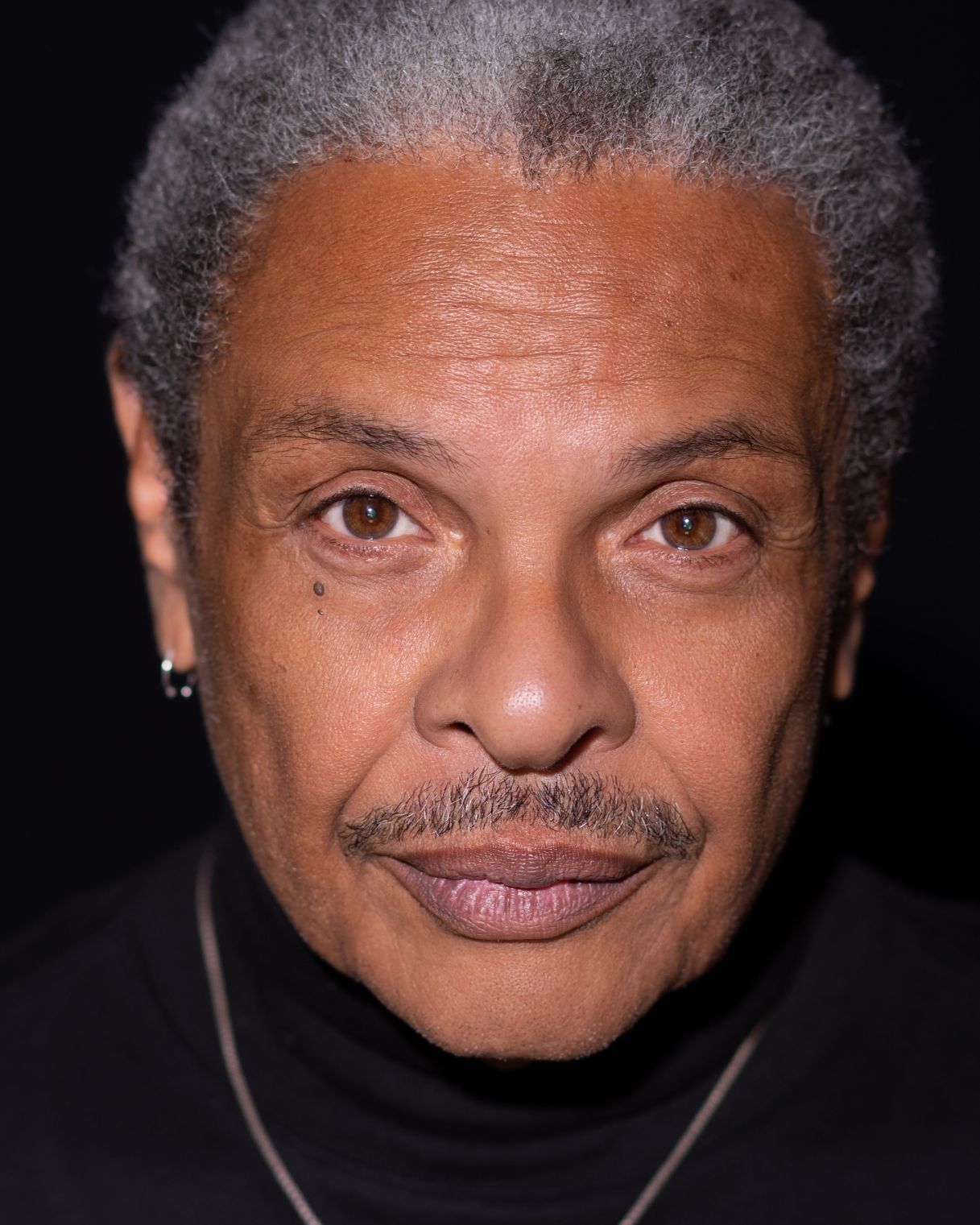 Louis Armstrong, as a spirit portrayed by Michael Kinsey, stands by Lil Hardin Armstrong, portrayed by Marta McKinnon, as she plays the piano at a televised tribute concert commemorating his death not quite seven weeks earlier. As the play ends, Louis escorts Lil off the stage, an action that represents her death of a heart attack, which occurred at the concert.

Jo Morello is the creator and producer of “Lil & Louis”

In an effort to see that her husband got the recognition he deserved, Lil Hardin Armstrong took the country out of Louis to create a more professional jazzman persona.

She outfitted him in attractive suits after his move to Chicago from his native New Orleans and helped him pursue his career in a more refined manner. She helped launch him into greater success in Chicago, New York, and later — the world — with his trumpeting and singing.

In the end, Louis Armstrong — a jazz trumpeter, bandleader and singer known for songs like “What a Wonderful World” and “Hello, Dolly,” became known as one of the most important figures in 20th century music.

But what about his wife, Lil? Where are the credits for this one-woman band leader, jazz aficionado, pianist, and passionate choreographer of Louis’ success?

Lil was Louis Armstrong’s second wife and had the most positive influence on his career, according to award-winning playwright Jo Morello, who researched, wrote, produced and promoted “Lil & Louis: a Play With Music.”

The play ran Jan. 21 – 25 at First Presbyterian Church in Sarasota, under the direction of Harry Bryce.

Through her research, Morello discovered that Lil was herself a star, deserving of accolades for her success and for having driven Louis along the road to his success. And a grateful audience enjoyed seeing the drama unfold. The music, pre-recorded by nationally acclaimed musicians, including 30-plus famous jazz pieces such as “Saint Louis Blues,” “The Sheik of Araby,” and “I Wonder Who’s Kissing Him Now,” was spot on.

The costumes were divine and included bright colored flapper dresses of the Roaring ‘20s and men in suits and ties, compliments of Susan Sajec, designer, and Adrienne Pitts, assistant costumer. The dancing was stupendous as choreographed by Brentney J.

The setting for the opening and closing of the play was at the same location: Chicago’s Civic Center Plaza, Aug. 27, 1971. The closing scene was a noontime outdoor concert being televised as a tribute to super-celebrity Louis Armstrong, who had died a few weeks earlier on July 6. Lil Hardin Armstrong was at the piano playing his favorite song, “Saint Louis Blues.”

Lil was wearing a long white sequined dress at the beginning and end. The story unfolded into Lil and Louis meeting, falling in love, their rocky marriage, divorce and subsequent lifelong friendship. The play culminated with Lil back at the piano in the white dress. Sadly, Lil Hardin Armstrong collapsed while performing at the televised memorial concert for Armstrong and died from a heart attack on the way to the hospital.

Morello produced the play – this important piece of history — after forming JoMo Productions Inc., a 501©(3) organization. In the playbill, Morello announced that people are welcome to contribute funds, time or talent and may do so by contacting her at jo@jomorello.com.