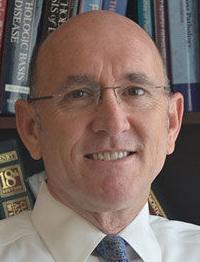 Flora Garcia arrives with her daughter Krislaya Trejo at the Florida Department of Health in Collier County to be tested for COVID-19 amid the new coronavirus pandemic in Immokalee.

Flora Garcia arrives with her daughter Krislaya Trejo at the Florida Department of Health in Collier County to be tested for COVID-19 amid the new coronavirus pandemic in Immokalee.

SARASOTA — The number of COVID-19 cases in Florida set a record three times this week, including more than 3,200 cases reported Thursday and another 3,800 on Friday, with the death toll more than 3,000 total for the state.

The number of cases has gone up locally as well, though not at the rate.

But that could change in the near future, District 12 Chief Medical Examiner Dr. Russell Vega said.

“The next two to three weeks will be real telling for us,” he said. “There’s going to be a lag, as we’ve seen in illnesses. Then we’ll see if there’s a sharp increase in deaths or not. We don’t know what the rate of increase will be.”

On Friday, Gov. Ron DeSantis attributed the rise in cases statewide to increased testing. New positive cases are mainly among younger people who aren’t hit as hard by the disease and are often asymptomatic, he added.

He hasn’t ordered any steps to address the rise in cases and specifically said Florida would not shut down again.

Orders requiring people to wear a face mask have gone into effect in Tampa, Orange County, Miami Beach and the Keys but the state continues only to recommend them if social distancing can’t be maintained.

Vega said Friday that increased testing has played a part in the increase in positive cases. But, he noted, since reopening began people have been more casual about social distancing and wearing a mask.

“It’s pretty clear it’s not being practiced by the majority,” he said. “But I think if we practiced what we knew worked, it would be a better situation.”

Through Friday, there had been 226 deaths in the three-county district.

Currently his three-county district — Sarasota, Manatee and DeSoto — is averaging about a death a day. At the height of the pandemic, in mid-April, it was a little more than four per day, he said.

The positive-test rate is up in all three counties over the last two weeks, according to Department of Health data.

Testing in DeSoto County was in double digits most days, but so was the rate of positive tests. It was below 10% on only two days and more than 20% on six, including Monday, Wednesday and Thursday of this week.

In Manatee County testing never dipped below 434 tests, but the rate of positive results for the first seven days was 3.7% while for the last seven it was 6.6%. That includes a rate of 13.4% Thursday.

He said it will take experts years of investigating the last six months to see what the actual death toll is from COVID-19.

The death toll reflects deaths from a diagnosis of COVID-19, which some say inflates the number because it counts people who tested positive but whose death would more accurately attributable to another cause.

Vega said that deaths caused by the disease will likely be undercounted because officials will miss people who “recovered” from COVID-19 but died a few months later of related causes.

The damage done by the coronavirus lingers and can affect long-term health, he said.

The doctor of someone who gets out of the hospital in March after fighting COVID-19 and then dies of an ailment in May or June might miss the connection, he said.

It’s not that they’re wrong, he said, but COVID needs to be considered.

“Their doctors won’t consider COVID as a contributing factor,” he said. “I’m sure in some cases, it is. It’s something I’ve been mulling the last few weeks.”

"The next two to three weeks will be real telling for us, There's going to be a lag, as we've seen in illnesses. Then we'll see if there's a sharp increase in deaths or not. We don't know what the rate of increase will be." - Dr. Russell Vega, District 12 chief medical officer