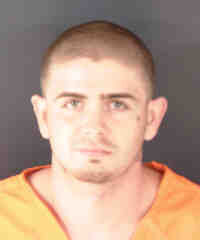 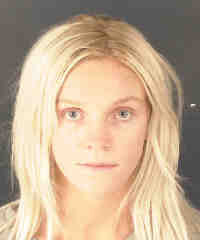 SOUTH VENICE — A Venice area man awaiting trial on charges of drug dealing was arrested over the weekend after a shooting Friday night that left one man hospitalized, according to police.

According to the Sarasota County Sheriff’s Office, Sean Andrew Clarke, 22, of the Venice Gardens section of South Venice, is in jail without bond facing a single count of attempted murder.

A woman was arrested as an accomplice, too. Promise Lee Kinsey, 22, of Sarasota, allegedly drove Clarke to the location and was charged with accessory after the fact involving attempted murder, according to the Sarasota County Sheriff’s Office. She was released after posting bond in the amount of at $7,500 on Saturday.

The victim was transported to Venice Regional Bayfront Health and survived the shooting with non-life-threatening injuries, according to authorities.

The shooting happened Friday in the parking lot of Monterrey Apartments.

Deputies initially responded around 5:30 p.m., after receiving multiple reports of a shooting outside the apartment building on Falls of Venice Circle.

Based on witness statements, detectives learned the victim arrived at the location to buy drugs from three subjects in a black Kia Sportage. A short time later, a man who was called a passenger, later identified as Clarke, was seen firing a handgun several times at the victim before he fled from the scene with the other two subjects.

The victim was driven to the hospital by an associate where he was treated for two non-fatal gunshot wounds to the back, according to a Sheriff’s Office news release issued Monday afternoon.

Through investigation, detectives determined the suspect vehicle was registered to Kinsey, who later admitted to driving Clarke and another passenger to her friend’s house immediately after the shooting.

Kinsey was taken into custody late Friday night, and with support from the agency’s Tactical Unit.

Clarke was arrested on Saturday.

At the time, he was living in Nokomis. The arrest was made by Venice police who were watching an apartment in the 500 block of Armada Road S.

Clarke also had an outstanding warrant out of Sarasota County for failure to appear related to a DUI-with-property-damage charge.

He’s scheduled to go to trial in October on the drug charges.