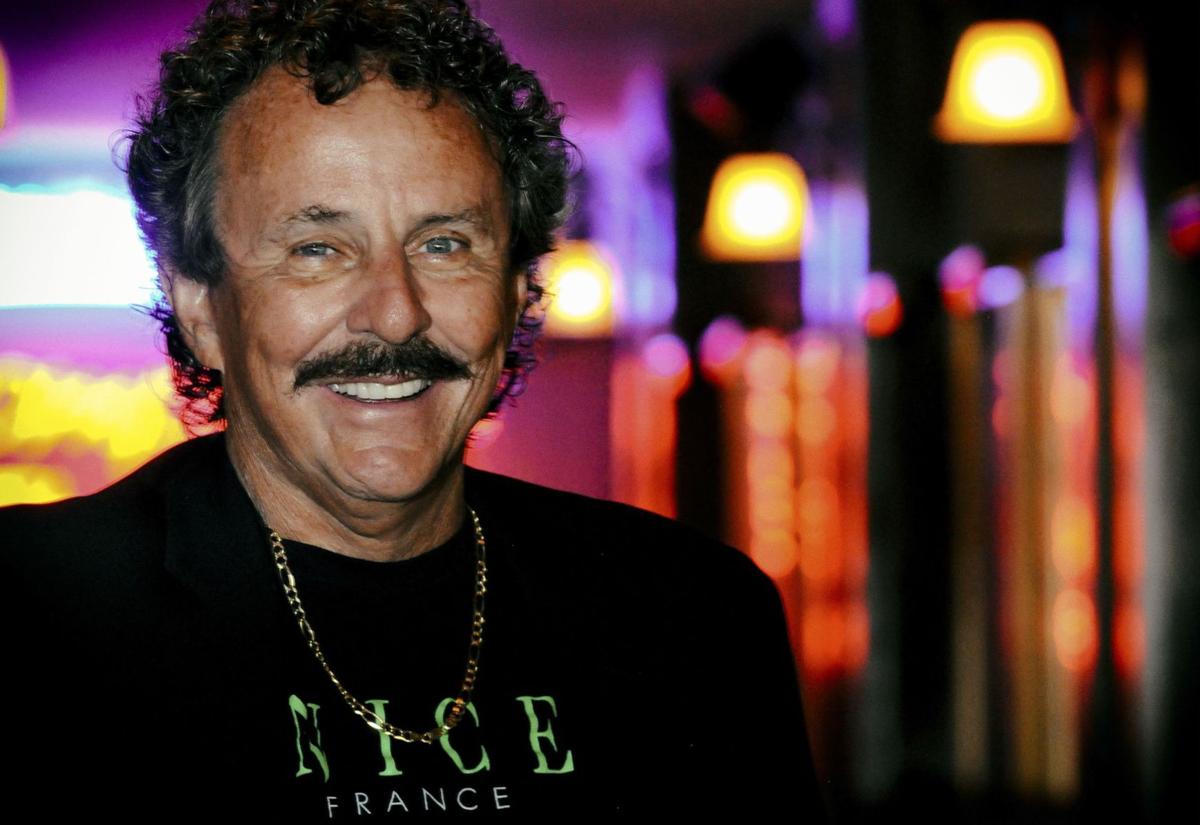 Richard Hopkins since 1980 has been the producing artistic director of Florida Stuio Theatre and has directed its growth from one building and one stage to three buildings and five stages with year-round programs as well as classes for all ages, and a playwriting contest. 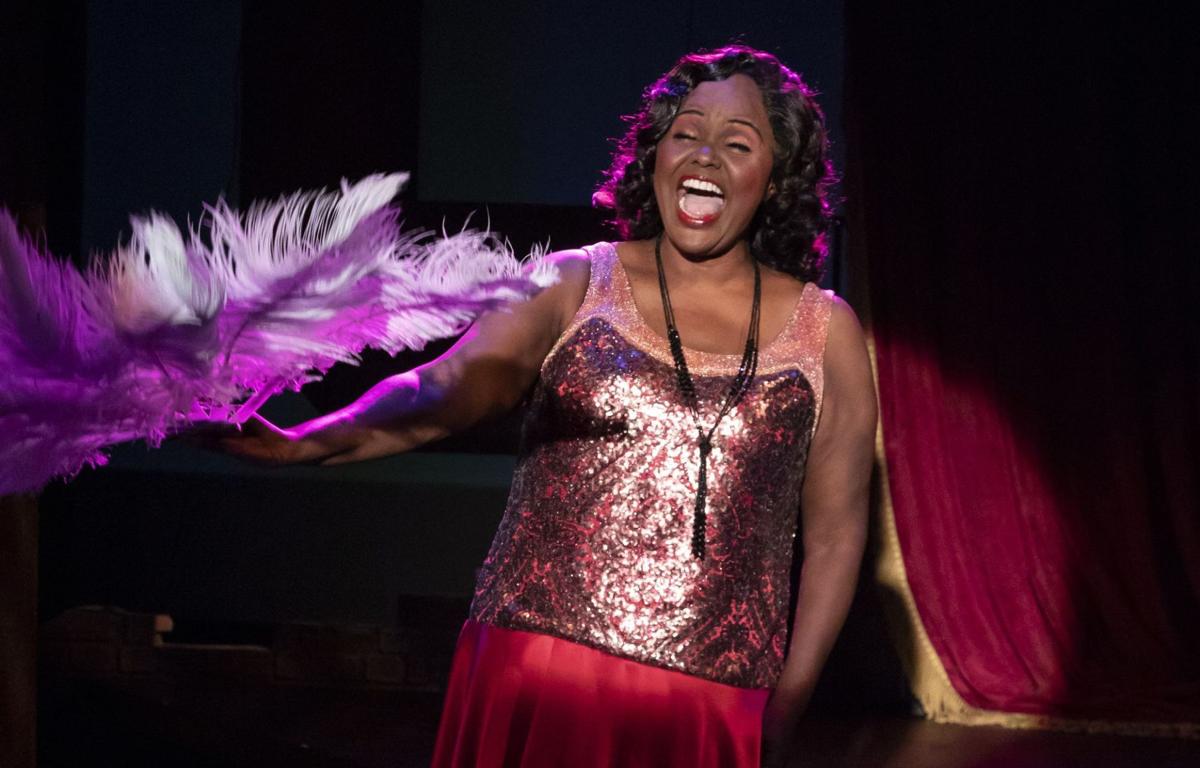 Jannie Jones alternated in the role of Ethel Waters with Chaundra Cameron in the summer 2019 mainstage production of “Ethel Waters: His Eye is on the Sparrow” by Larry Parr at Florida Studio Theatre. 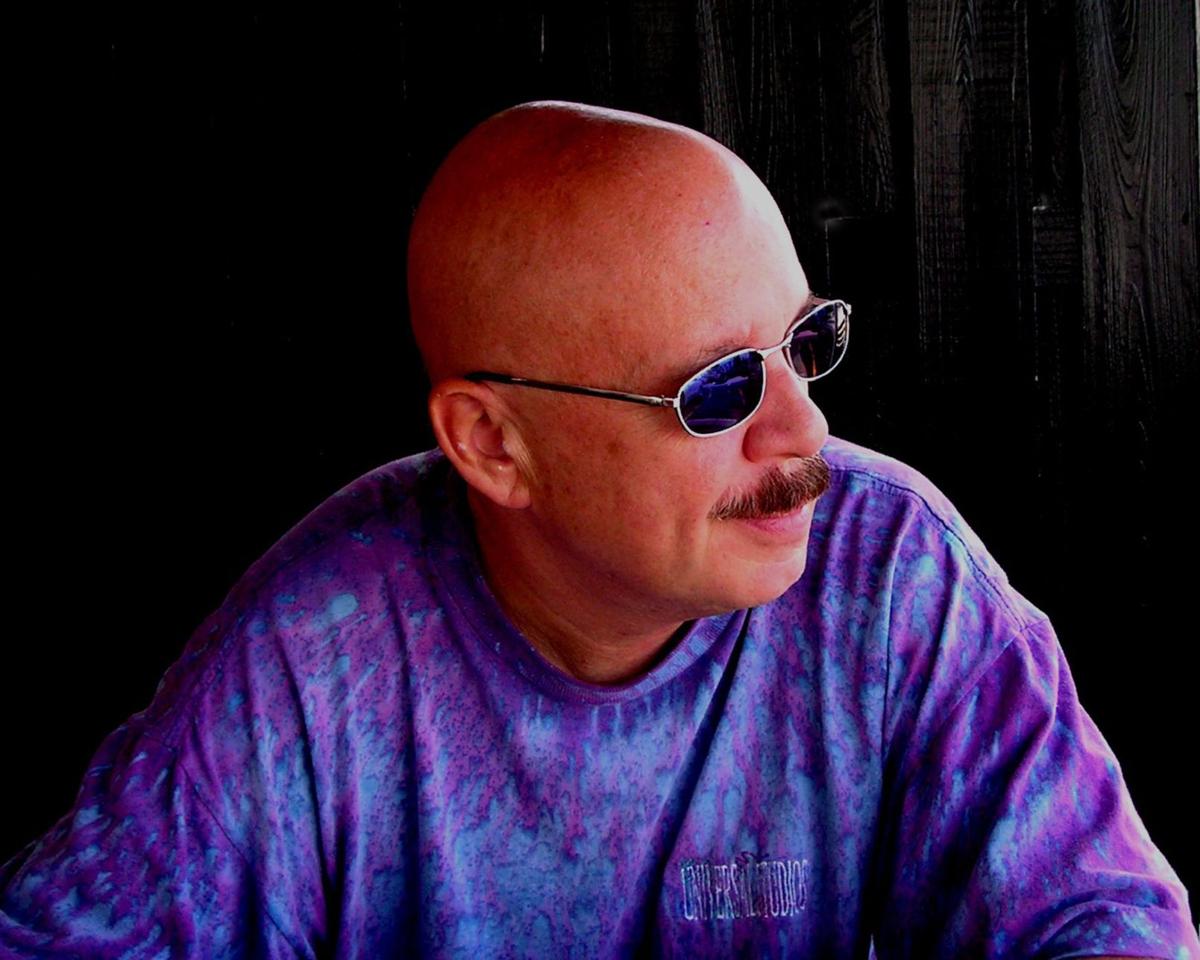 Larry Parr has written several works that have been performed at Floirda Studio Theatre. 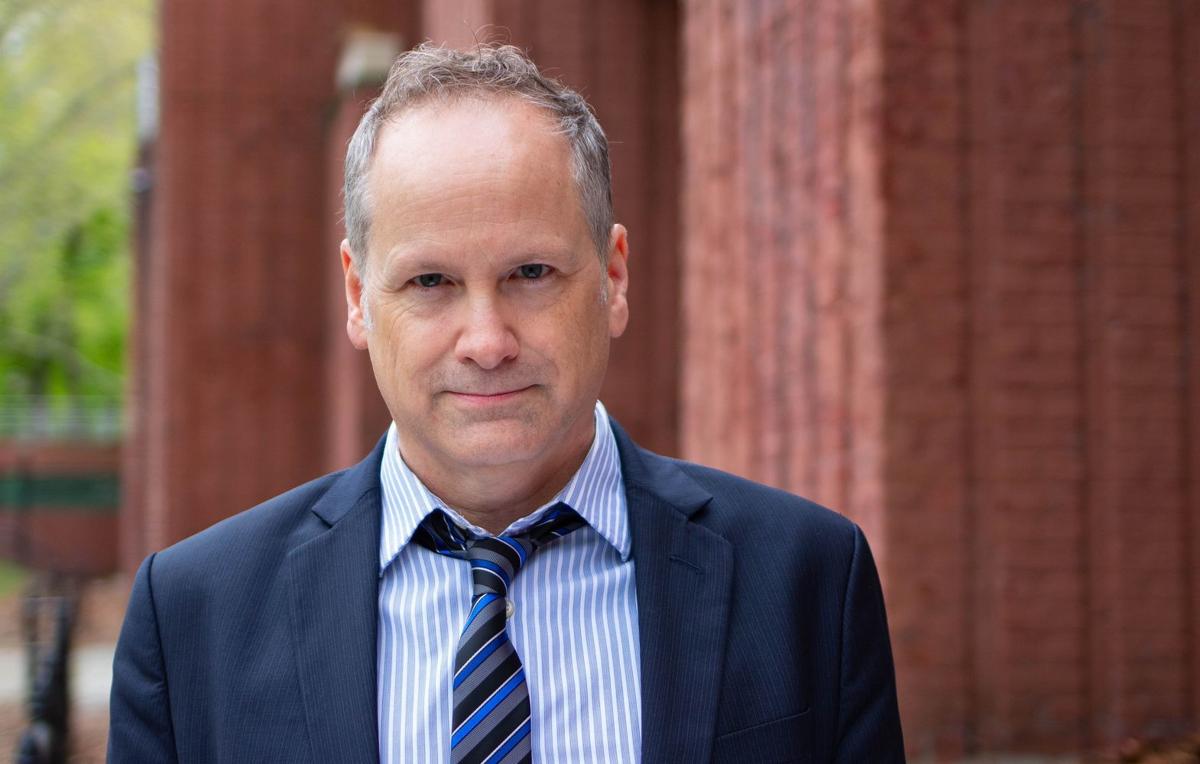 Kenneth Jones will collaborate with FST’s Kate Alexander on a play. 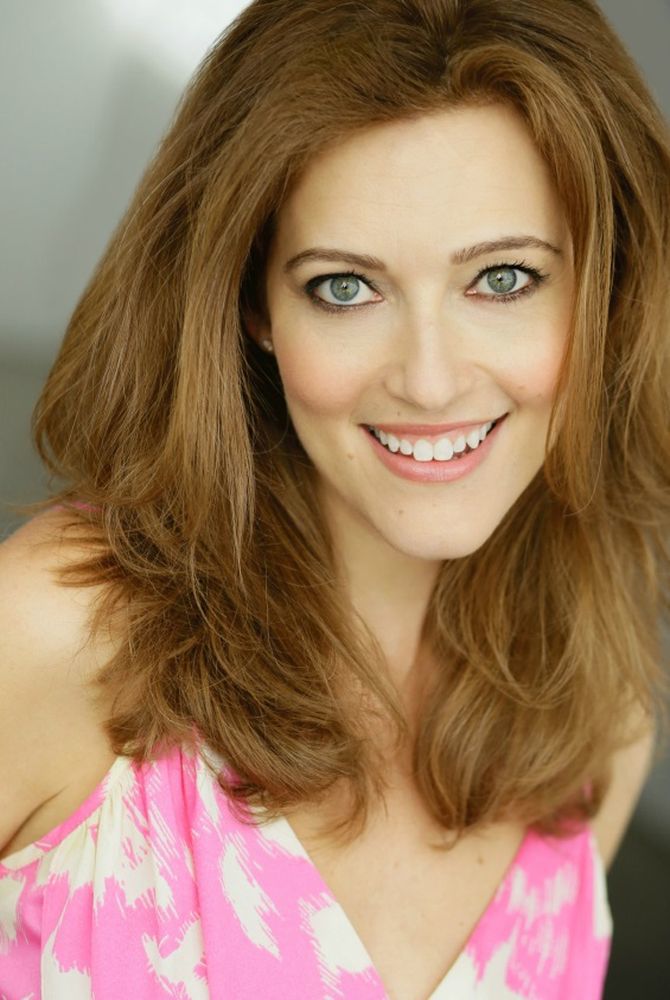 Sandy Rustin is one 32 playwrights selected for FST’s playwriting project. She has been working on a project related to the theater’s suffragist project and will continue to work on that as well.

Richard Hopkins since 1980 has been the producing artistic director of Florida Stuio Theatre and has directed its growth from one building and one stage to three buildings and five stages with year-round programs as well as classes for all ages, and a playwriting contest.

Jannie Jones alternated in the role of Ethel Waters with Chaundra Cameron in the summer 2019 mainstage production of “Ethel Waters: His Eye is on the Sparrow” by Larry Parr at Florida Studio Theatre.

Larry Parr has written several works that have been performed at Floirda Studio Theatre.

Kenneth Jones will collaborate with FST’s Kate Alexander on a play.

Sandy Rustin is one 32 playwrights selected for FST’s playwriting project. She has been working on a project related to the theater’s suffragist project and will continue to work on that as well.

With a loan from the Small Business Administration’s Paycheck Protection Program, Florida Studio Theatre is launching “The Playwrights Project.”

“The project was conceived within the first few days of the theater shutting down due to COVID-19,” said Richard Hopkins, FST’s producing artistic director. “FST, like the rest of our nation, was brought to a sudden standstill. Three days after closing the theater, I had a revelation about Shakespeare — he, like every good artist, instead of following the dark and writing about the plagues of his time, took the road less traveled and followed the light. He wrote, without judgment, about the wonder of humankind. Which made me think that now is the time for FST to inspire the creation of plays. To ask playwrights to write like Shakespeare and reveal humanity’s complexities without judgment.”

Created to help businesses hurt by the COVID-19 pandemic, the program forgives 100% of the interest that might be charged so long as the money is used for payroll, among other items.

As FST is known for its many in-house plays and shows and for its playwriting program and annual competition to find new works, it seems a natural for this theater.

The Playwrights Project will employ 32 playwrights at a time when the company’s five theatrical venues are shuttered by the pandemic. Many of those selected have had their works presented at FST in recent years. The list includes playwrights, sketch comedy writers, and musical theater developers.

Work created by the 32 hires will be considered for production by FST in its five venues. Work created in-house may end up being royalty free to FST and possibly even earn future royalties for performances at other theaters.

Actress and award-winning playwright Sandy Rustin said FST is “serving as a light during this uncertain time.

“I am beyond grateful for FST’s continued and ongoing support of me and my work,” she said. “I cannot express how much it means to me —especially now.

“It is a blessing to have work at all during such a tumultuous time. Knowing that FST has brought together so many artists to create new works is equal parts thrilling and comforting. Art will always prevail. We need it to challenge our minds, to escape our reality, to delight and take joy in, to celebrate the past, and to forge a new path into the future.”

In addition to the influx of talent, collaborations with other companies are also part of the program.

Arizona Theatre Company is collaborating with FST to develop “Tampa,” which follows “two brothers who, though they are bound by blood, take different paths through life.”

“My play, ‘Alabama Story,’ was slated to have three productions in Spring 2020,” Jones said. “Then the coronavirus pandemic hit. Those productions were scuttled and resulted in a profound and immediate loss of income for me. It felt like a miracle when FST offered me the chance to work on a new script.”

Many of the new hires are not new to FST, which has produced their work in recent years.

Gabriel Barre directed a production of the Kander and Ebb revue,”The World Goes Round.” He had directed “Amazing Grace” on Broadway. His off-Broadway credits include “Summer of ’42,” “john & jen” and “Almost, Maine.”

Ben Mackel is an actor, composer, and singer/songwriter from Asheville, North Carolina. As an actor, he’s worked in theatre and film regionally, including Barter Theatre, NC Stage Company, and Florida Studio Theatre. As a composer, he’s had shows produced at Flat Rock Playhouse, Barter Theatre, and South Carolina Children’s Theatre. As a singer/songwriter, he’s toured extensively with The Blue Eyed Bettys and as a solo artist known as Threadbare.

Scott Michaelsen’s recent credits as Music Director include “Sister Act” and “A Year with Frog and Toad” at Post Playhouse; “Grease” and “Camelo” at Sierra Repertory Theatre; and FST’s March 2020 revival of “Unchained Melodies.”

Sam Mossler recently appeared at FST in “The Nether” and “Kunstler.” Other FST productions: “The Curious Incident of the Dog in the Night-Time,” “How to Use a Knife” (Chef George), “Other People’s Money” (Garfinkle). As a writer, his plays have been produced in New York and Los Angeles, and his screenplays have received honors from the Austin Film Festival and the International Screenwriters Association. He is a Teaching Artist in FST’s Education program. sammossler.com

Sandy Rustin, an actress and award-winning playwright, was recently named to the Broadway Women’s Fund’s “50 Women to Watch” list. Her comedy, “The Cottage,” is in development for an upcoming Broadway production, and her adaptation of “CLUE” is slated for a 2021 National Tour, and her adaptation of “Mystic Pizza” is expected to premiere next year. She is currently developing work for Disney Theatrical and Disney Cruises.

The Northwestern University graduate is a member of ASCAP, SAG, AEA, and the Dramatists Guild. This season, Sandy is working on “The Suffragette’s Murder,” a commission as part of FST’s Suffragist Project which

Nick Santa Maria is a 40-year show business veteran: on Broadway in “Grease!,” and Mel Brooks’ “The Producers” for 5 years playing almost every male role. He’s been a stand up comedian, and a main performer/writer/composer for the popular Improv comedy troupe, Mental Floss. He has written material for two off-Broadway shows and has appeared in every form of show business except ballet and circus, according to w release from FST.

Kyle Shoemaker, the Assistant Director of Sketch at Florida Studio Theatre, is a performer, improviser, and filmmaker. Kyle is a founding member of the FST house team “Come What Will” (improvised Shakespeare) and performs with FST Improv, On Deck, and Big Bang Improv. He has a degree in Film Production Technology from Valencia College.

Mark St. Germain has written the plays “Freud’s Last Session,” “Dancing Lessons,” “Best of Enemies,” “Relativity,” and, with John Markus, “The Fabulous Lipitones,” all seen at FST plus many other plays. He wrote the perennial musical, “The Gifts of the Magi,” with composer Randy Courts and “Stand By Your Man, The Tammy Wynette Musical,” for Nashville’s Ryman Auditorium.

Bruce Vilanch has six Emmys, none of them for that show, but two of them for co-writing a couple of his 23 Oscar telecasts. He is the “EGOT” of awards show writers, having written several Emmy, Grammy, Oscar, and Tony Award shows. For six years, he was a Hollywood Square, just to the left of Whoopi, and for two years he starred on Broadway and on tour as Edna Turnblad, Baltimore housewife, in “Hairspray.” He has written for about everyone in show business, which was documented in the film “Get Bruce!,” featuring his frequent collaborators Bette Midler, Robin Williams, and Billy Crystal.

Matt Walker has performed and taught improv since 2010 and has worked in such places as the Nerdist Showroom at Meltdown Comics and iO West, The Second City, Upright Citizens Brigade — LA, and The Pack Theater in Los Angeles. He performs with FST Improv and produces shows, including “The Estate Show” and “The Never No Show” in St. Pete.

Brandon Wardell is a five-time Tony and four-time Grammy nominee (one Tony win for “Porgy and Bess”). He has performed, produced and recorded all over the world.

Eight weeks has been allotted for the project during which time, each artist “is expected to write and deliver a first draft of an original play, sketch comedy piece, or cabaret. The material generated during this time will be considered for future production in FST’s Mainstage, Cabaret, Sketch Comedy, and Children’s Theatre programs.”

Florida Studio Theatre has five theatrical venues located within three buildings. Its Keating mainstage is in the theater’s original building at 1241 N. Palm Ave. Adjacent to the west on Pam Avenue is the Goldstein Cabaret in a builidng which also houses FST offices. One block north at 1265 First St. is the Hegner Building, the Gompertz Mainstage Theatre, Court Cabaret, Bowne’s Lab Theatre and the Green Room bar and dining room.