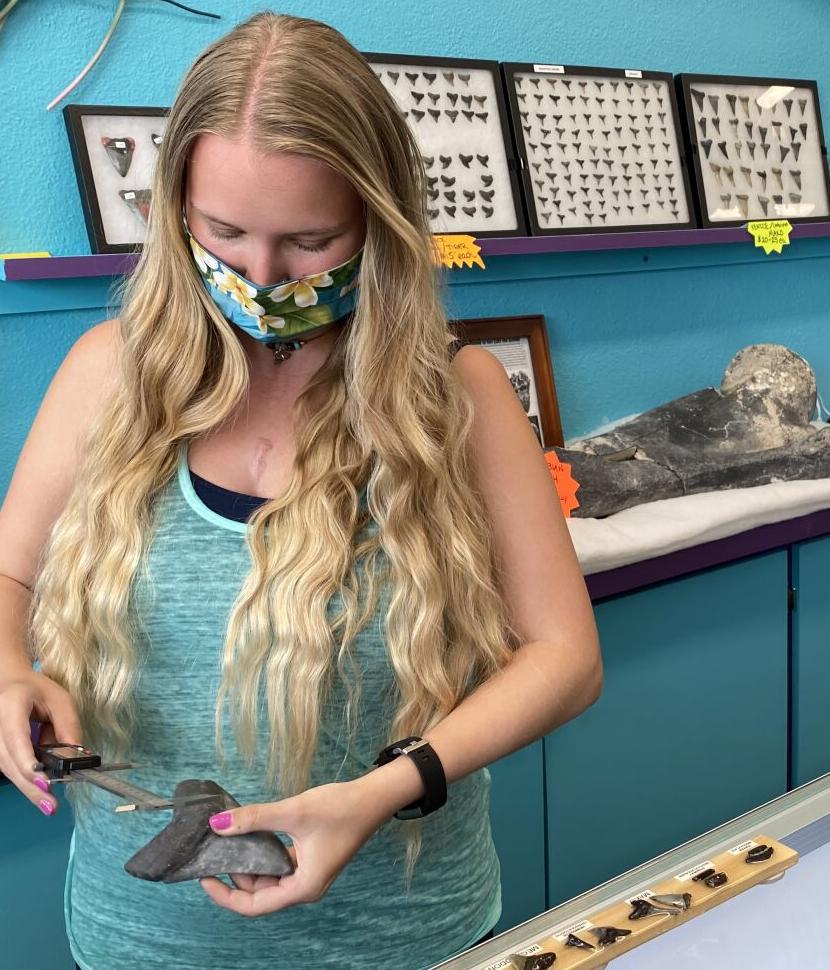 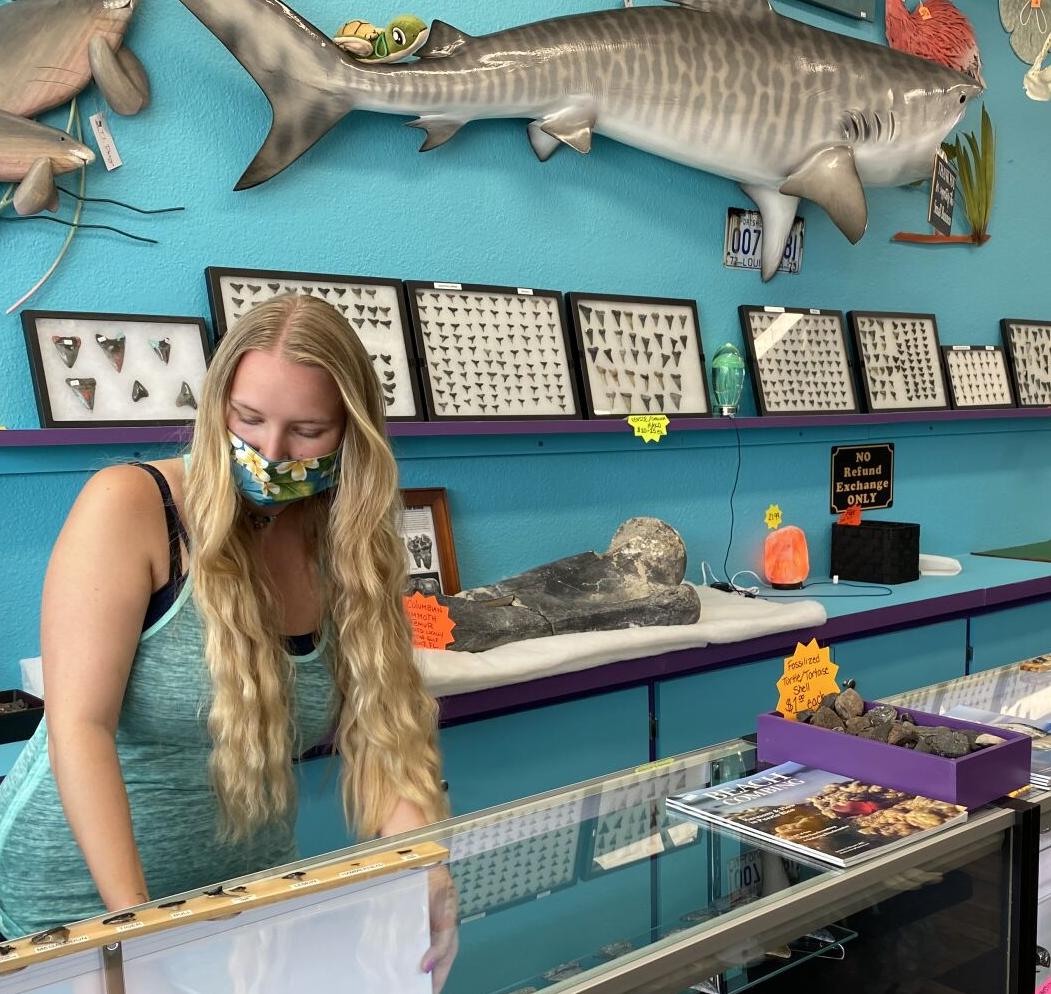 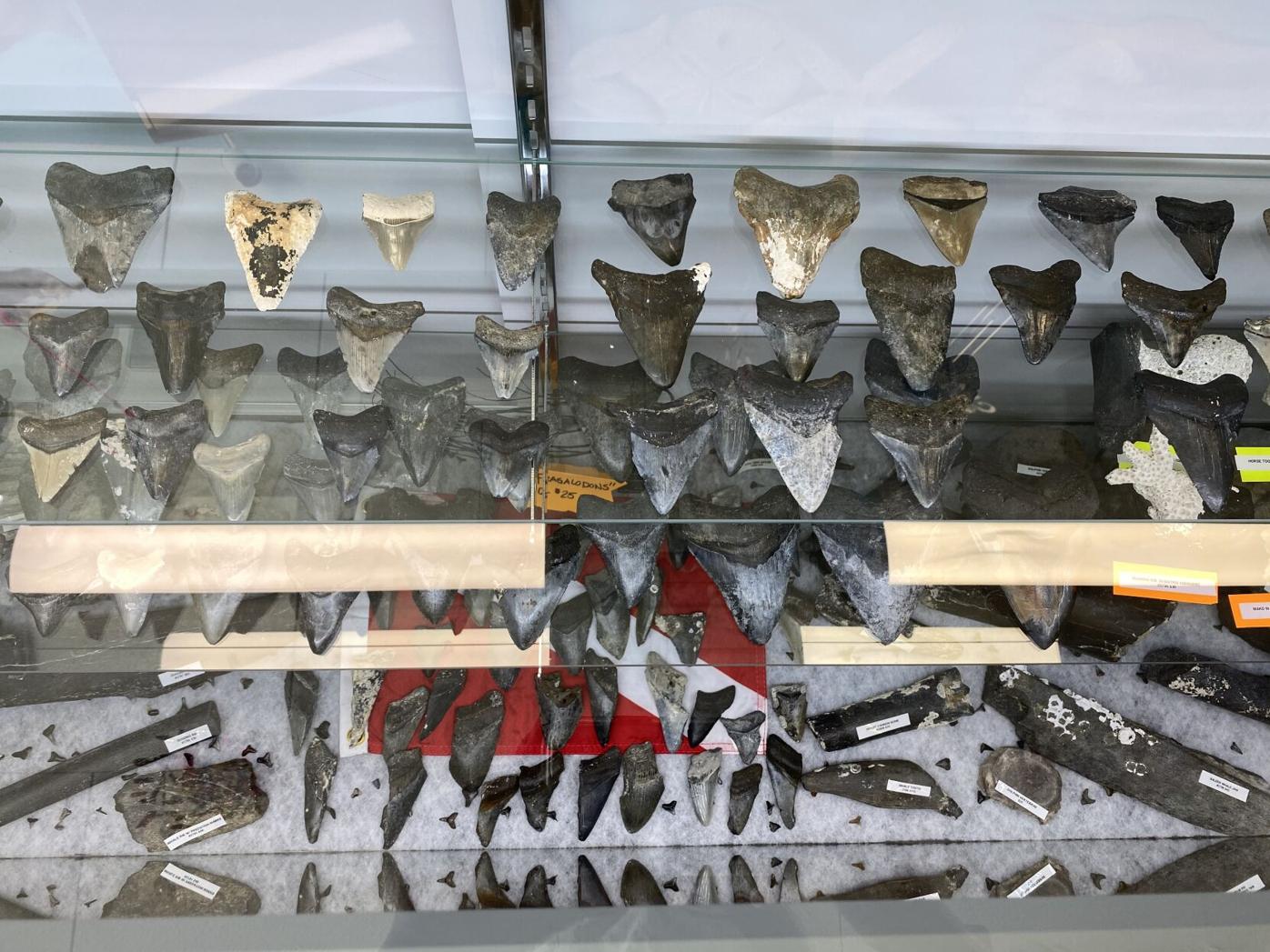 VENICE — During the pandemic, there has been an influx of new shark tooth hunters according to Brittanie Hervas, manager of Shark Frenzy.

“Shark tooth hunting has been alive and well,” Hervas said.

While shark tooth hunting might be “alive and well,” the Shark Tooth’s Festival, which traditionally takes place every spring, has been held off.

According to Visit Sarasota, the festival brings in thousands of people, however, the event was cancelled for the second year in a row due to COVID.

Still, people are still flocking to the beaches to hunt for shark teeth.

Shark tooth hunting off of Venice beaches remained popular throughout the pandemic. The outdoor activity allowed people to stay socially-distanced from others while finding interesting fossils.

With people wanting to be outside more, people like the new hunters are determined to find shark teeth, Hervas said.

While some people know about Venice’s shark tooth treasures, many did not know of the popular beach activity in Venice. Because of viral videos, more people are learning about why Venice is coined the “Shark Tooth Capital of the World.”

In June 2020, one of her TikTok videos went viral with 4.5 million views. Another video just recently went viral at the end of March with 1.3 million views and counting.

“You never expect to go viral on TikTok,” Hervas said. “But people love the charmingness of Venice.”

Hervas said she wasn’t aware so many people were interested in shark tooth hunting and many of the viewers did not know about Venice prior.

Since the two viral videos, Hervas said people have come into the store saying they had seen her TikToks.

“This has been an amazing opportunity to show people Venice,” Hervas said.

However, the beach is not the only place to find shark teeth. While many people stick to the beaches for finding shark fossils, Hervas also looks inland.

Hervas said she does a lot of sifting in the creeks as well and finds more of a variety of fossils there.

Since Florida was completely underwater at one point, people can still find teeth and other fossils in the rivers and creeks.

“You can find amazing things right beneath your feet,” Hervas said.

"You can find amazing things right beneath your feet." - Brittanie Hervas, manager of Shark Frenzy