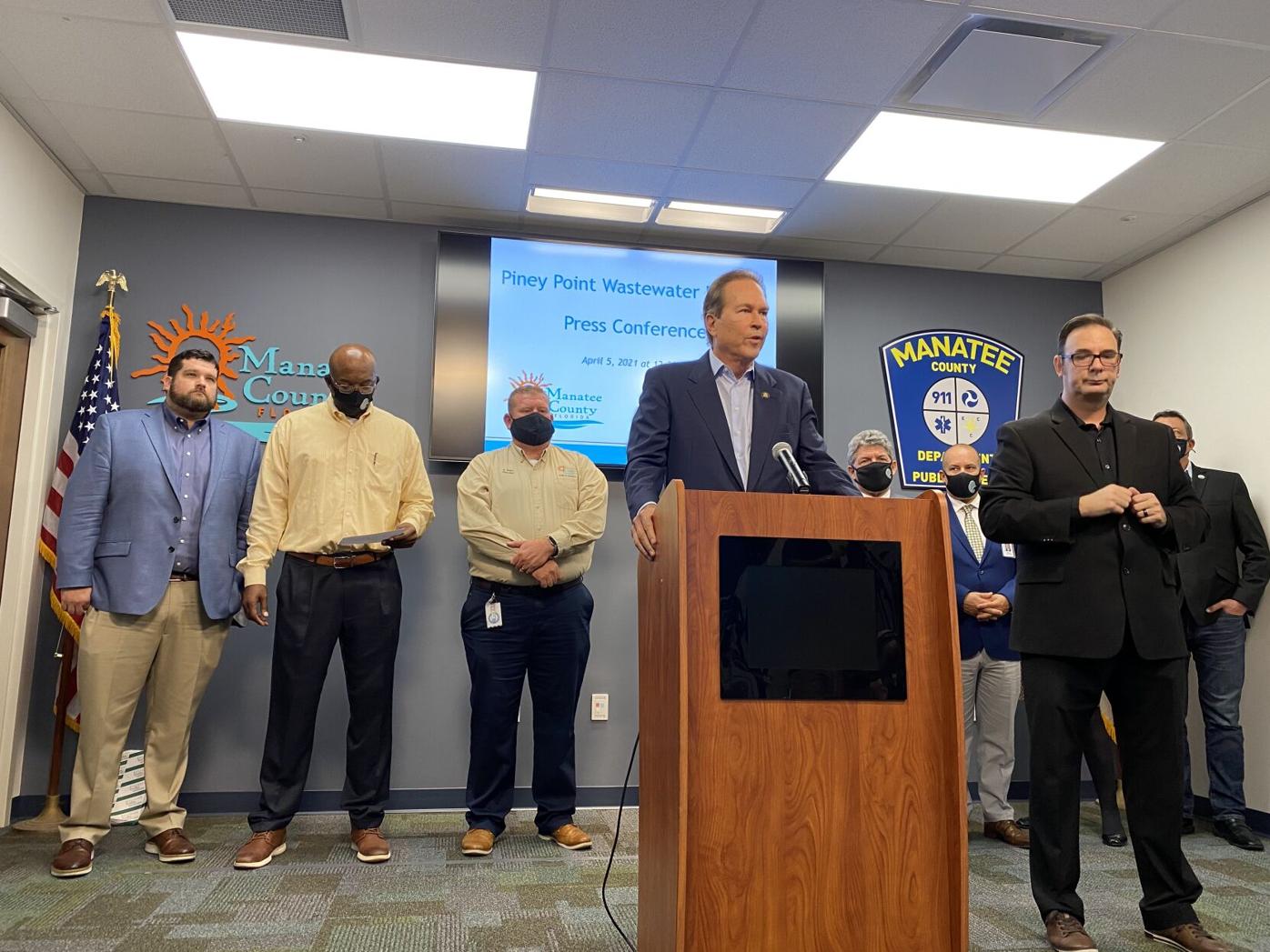 The old Piney Point phosphate mine continues to leak Tuesday in Bradenton. Florida Gov. Ron DeSantis declared a state of emergency Saturday after a significant leak of wastewater threatened to burst a system that stores polluted waters. 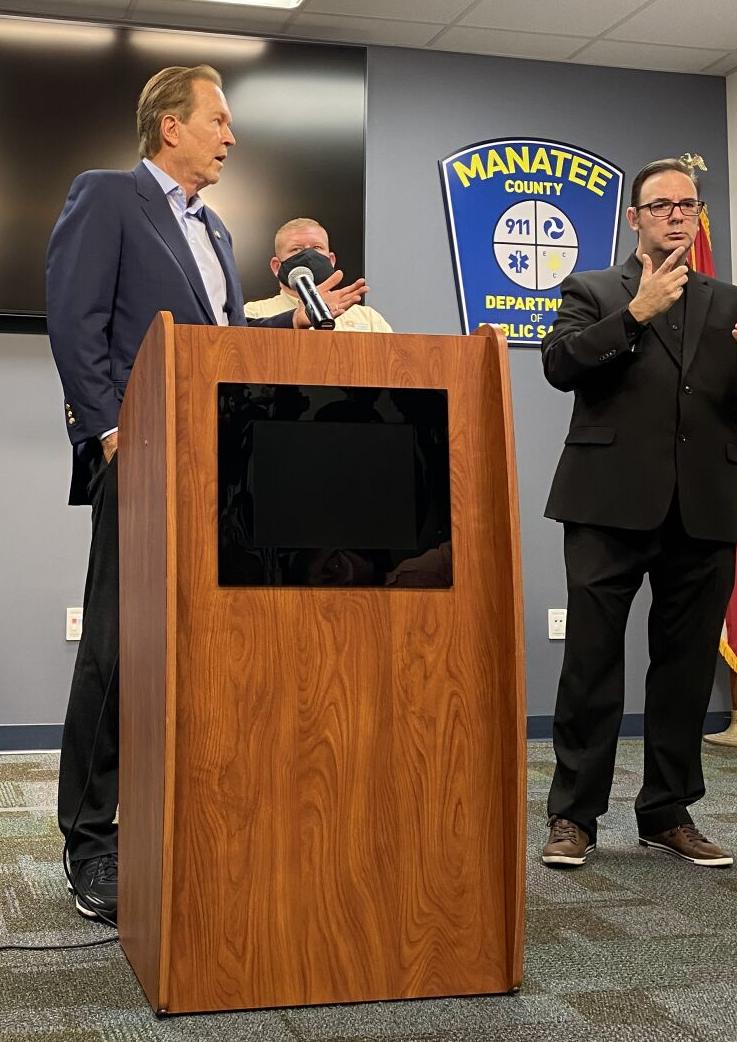 U.S. Rep. Vern Buchanan assisted in getting the EPA to help at Piney Point. He called for work to the Manatee County facility March 28. 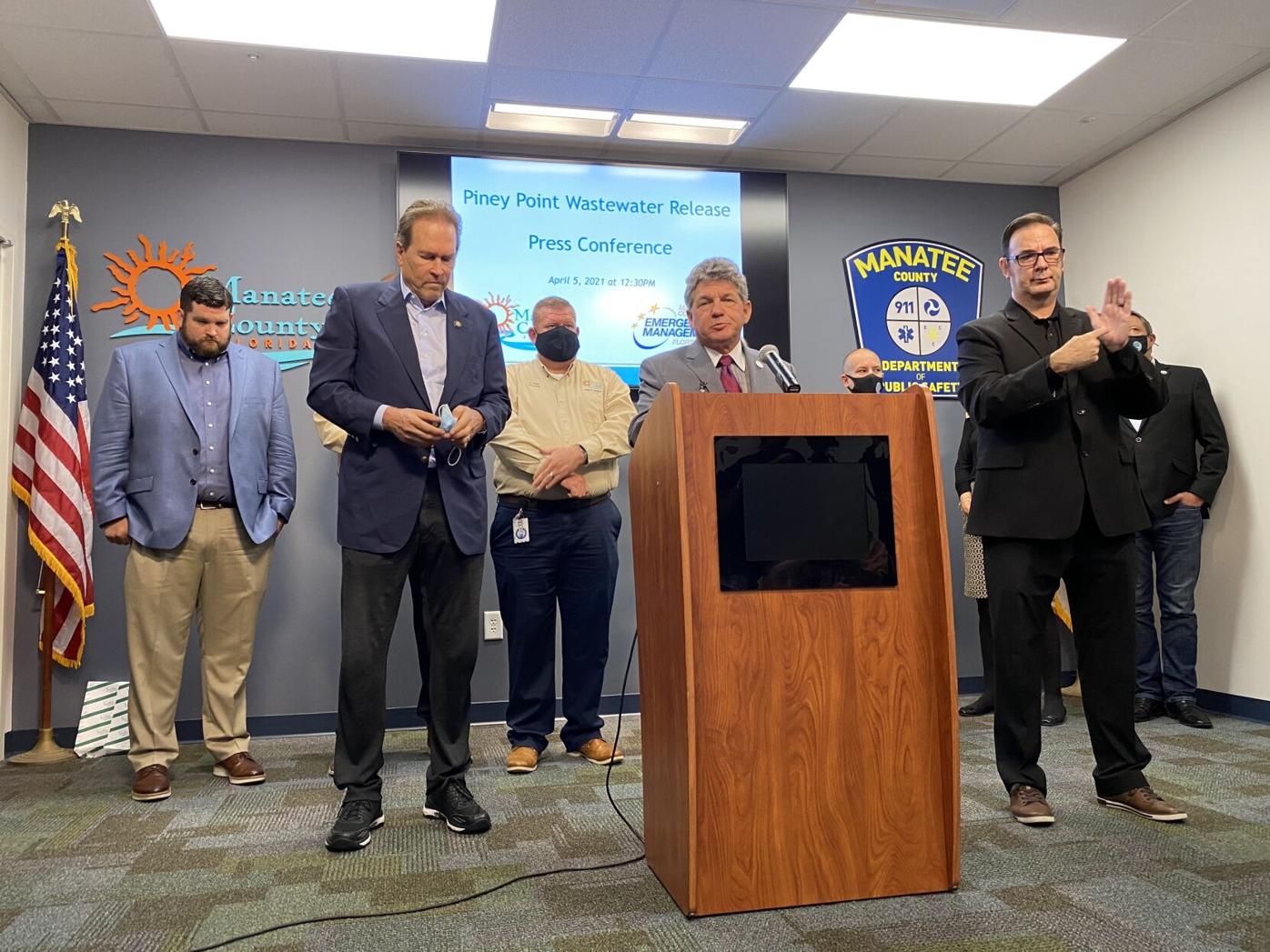 The old Piney Point phosphate mine continues to leak Tuesday in Bradenton. Florida Gov. Ron DeSantis declared a state of emergency Saturday after a significant leak of wastewater threatened to burst a system that stores polluted waters.

U.S. Rep. Vern Buchanan assisted in getting the EPA to help at Piney Point. He called for work to the Manatee County facility March 28.

BRADENTON — A slow-moving environmental disaster has the region wondering what millions of gallons of contaminated water may mean to the Gulf of Mexico.

Piney Point’s problems in Manatee County may have been paused as evacuation orders near it were ended Tuesday and U.S. 41 through Bradenton were reopened.

But it has led to a quick scurrying of work among local, state and federal officials — with fingers pointing blame at many places.

And, according to SNN, fishermen in the region are seeing the impact already as clear waters have been clouded. The fear is the polluted waters could spark red tide.

On Tuesday, Florida lawmakers proposed spending $200 million to clean up and close the wastewater reservoir at Piney Point, according to the Associated Press.

Early Monday, there was news of a second potential breach caught by a drone.

Later that day a team of engineers and dam safety specialists from Florida Department of Environmental Protection, the Florida Division of Emergency Management, the Southwest Florida Water Management District and the Army Corps of Engineers found there was no second breach, according to the Bradenton Herald.

U.S. Rep. Vern Buchanan made it clear Monday he wants a permanent solution for the Piney Point phosphate site where a breach in a gyp stack has threatened for days to flood a mile-wide radius.

“I want the best and the brightest on the ground,” Buchanan said, speaking at the Manatee County Public Safety Building. “This is something that unfortunately could have been dealt with probably over the years.”

At the moment, 35 million gallons of nitrogen and phosphorus wastewater are being pumped into Tampa Bay to alleviate the scare of a potential 20-foot wall of water being released if the holding area collapses.

Manatee County Administrator Scott Hopes said when additional pumps come online, they will more than double the volume of water they are already pulling out. He said the water being drained could go up to 75 to 100 million gallons per day.

Hopes said with the engineers focusing on the situation, they will have a better idea of the risk assessment and the additional pumps will help.

“Within probably 48 hours, if all those flows continue, we will be at a situation where we no longer have that risk of that full breach which would send that 20-foot wall of water,” Hopes said.

Buchanan said he believes that the situation does not just affect Manatee County but also impacts the region.

“I’m very passionate, I want to be a part of the solution, and I want to work with the team” Buchanan said. “I am committed to making sure this happens as quickly as we can.”

He is also concerned about the threats to both public safety and the local marine life.

“When I see water flowing into Tampa Bay, frankly, it makes me sick about it,” Buchanan said.

But he said he does believe they are making some progress with the situation.

Buchanan said he wants to make sure they have the resources to fix this permanently, not just a patch.

“This is not a Democrat or Republican issue, all of us understand water quality is a huge issue in and around state,” Buchanan said. “So now, I think we have everybody focused on this and I want to make sure that focus stays there and we get this problem addressed.”

Piney Point was built in 1965 as a phosphorous loading site by Borden Chemical. It caused environmental problems several times through the decades. The site went through different owners and eventually went bankrupt by the Mulberry Corp.

The Florida Department of Environmental Protection approved the bankruptcy purchase by HRK Holdings in 2006. HRK Holdings took it as a business venture and leased out the land to 11 businesses.

When Port Manatee’s Berth 12 was under construction, Piney Point took their dredge material and spoilage and held them in the lined gypsum stack. In 2011, there was a rupture in the liner of the stack and the dredge materials that were held in it leaked into Bishops Harbor.

The break was first reported March 28.

The state legislature, primarily comprised of Florida businessmen, is quite ready to use federal funds to clean up the Piney Point storage areas, but this is just another way the private sector dumps their waste cleanup onto the public sector. The Mulberry Corporation and its predecessors who ran the site, and perhaps HRK Holdings which has it now, should be held fiscally accountable for the cleanup. Businesses, small to large, must stop being permitted to use the earth as a sink into which to dump their untreated byproducts.