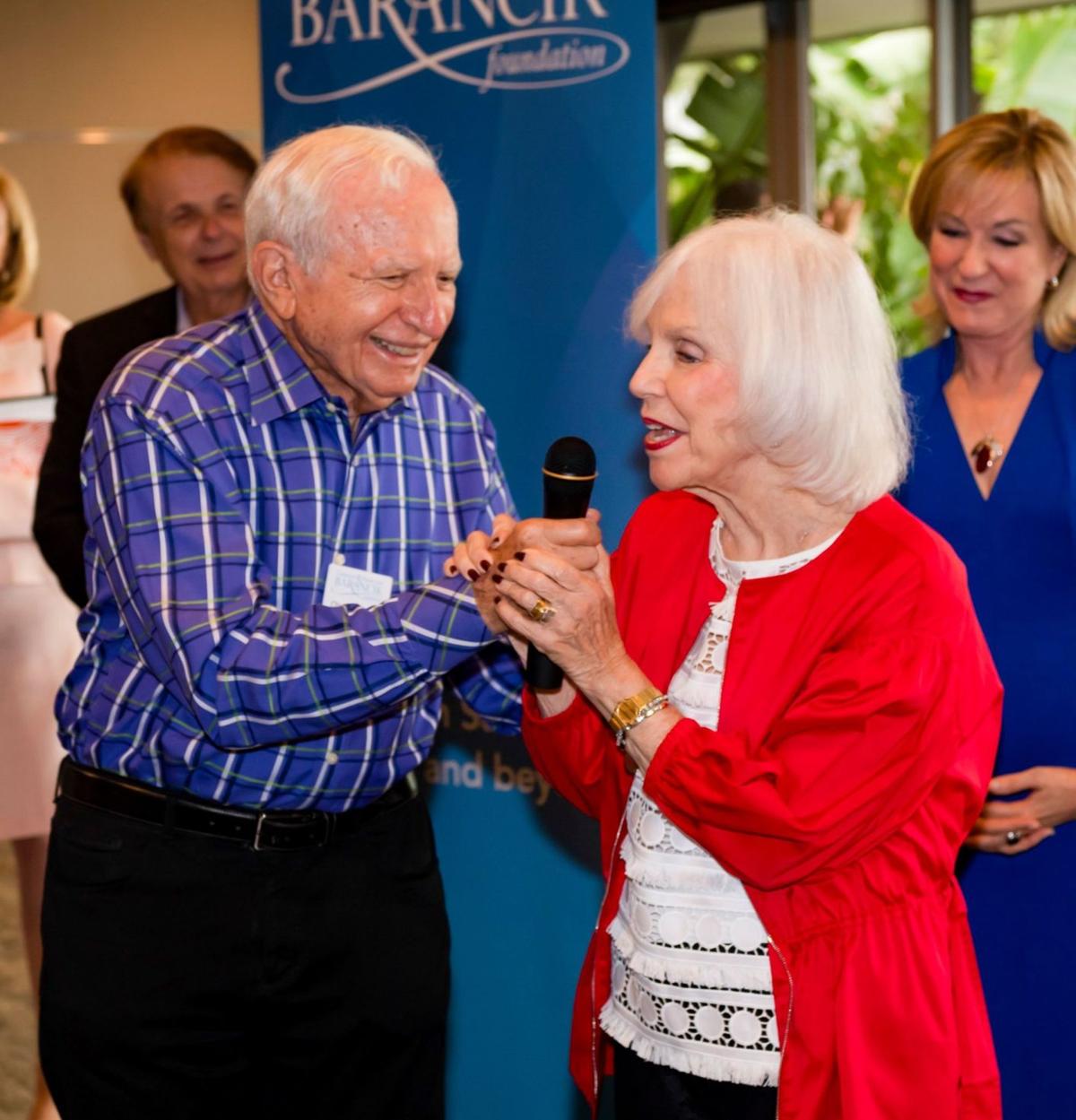 Chuck and Margery Barancik interact during a 2019 function. Teri Hansen, right, has been president of the Barancik Foundation since 2014 and formerly Gulf Coast Community Foundation. Chuck and Margery died as a result of injuries from a Dec. 18 car crash. 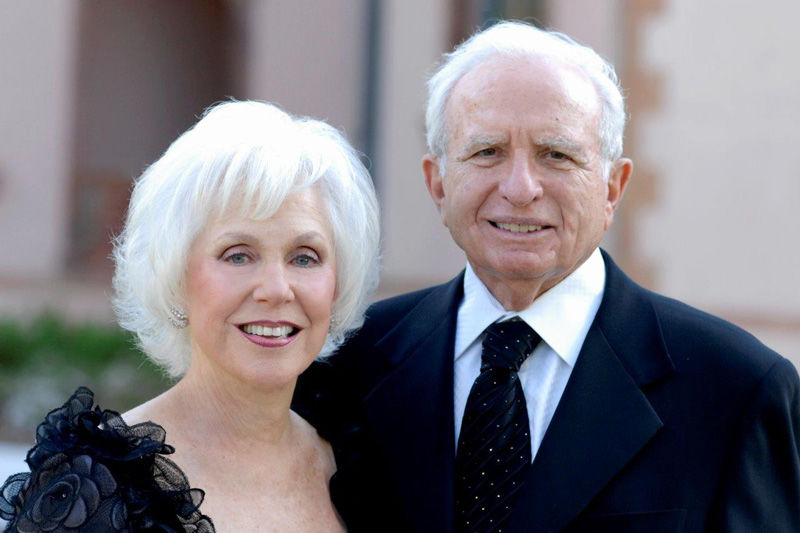 Margery and Charles Barancik ran a foundation based in Sarasota. Chuck Barancik was killed in a Dec. 18 crash; Margery Barancik died Dec. 19 from injuries in the same collision.

Chuck and Margery Barancik interact during a 2019 function. Teri Hansen, right, has been president of the Barancik Foundation since 2014 and formerly Gulf Coast Community Foundation. Chuck and Margery died as a result of injuries from a Dec. 18 car crash.

Margery and Charles Barancik ran a foundation based in Sarasota. Chuck Barancik was killed in a Dec. 18 crash; Margery Barancik died Dec. 19 from injuries in the same collision.

LONGBOAT KEY — A report released Thursday concludes a well-known philanthropist was at fault in a Dec. 18 crash with a police patrol vehicle that killed him and his wife on Longboat Key.

Charles and Margery Barancik, founders of the Barancik Foundation which gave millions to region nonprofits, died due to injuries suffered in the wreck.

A marked Ford Explorer patrol vehicle from Longboat Key Police Department, driven by Longboat Key Police Officer Jeffrey Vogt, was traveling south in the 2100 block of Gulf of Mexico Drive when it collided with the Barancik’s Tesla at an intersection.

Charles Barancik, 91, died at the scene of the crash. Margery Barancik, 83, died the next day.

“Vogt stated the only thing he remembers is the vehicle pulled out in front of him,” the report states.

At one point, the report says, the police car was traveling at 84 mph.

The officer was responding to a fire alarm call with his emergency lights activated. The siren was not activated. Barancik’s Tesla apparently pulled out in front of the police vehicle, then hesitated.

Vogt slowed and attempted to avoid the crash, the report states. His vehicle was going 55.4 mph at the moment of impact.

A security guard for a nearby facility was the first one to arrive at the crash.

“(Gretchen Rupprecht said) she saw the car pull out and heard a big bang. Rupprecht also stated the police vehicle did have the emergency light on but no siren. Rupprecht called 911 and approached the scene. Rupprecht saw the officer get out of the vehicle and described him as looking stunned and he stated, ‘they pulled out in front of me.’”

Investigators say construction equipment left next to the road on the north side of the intersection blocked the view of both drivers.

Ultimately, the investigation concluded Barancik was at fault for violating the right of way of the patrol car.

Both the Baranciks were wearing their seatbelts. The front and side airbags had deployed.

Vogt was transported to Sarasota Memorial Hospital for injuries sustained in the crash. Vogt’s blood test later came back negative for alcohol and drugs.

Charles Barancik may have foreseen danger at that very intersection. He previously complained to the property manager where a backhoe, water tank trailer and horizontal drilling machine were left next to the road.

A Longboat Key official said Thursday that Vogt is currently on administrative leave with the police department.

The initial investigation was conducted by the Sarasota Police Department Traffic Unit through a memorandum of understanding with the town of Longboat Key to assist with any serious or fatal crash investigations.