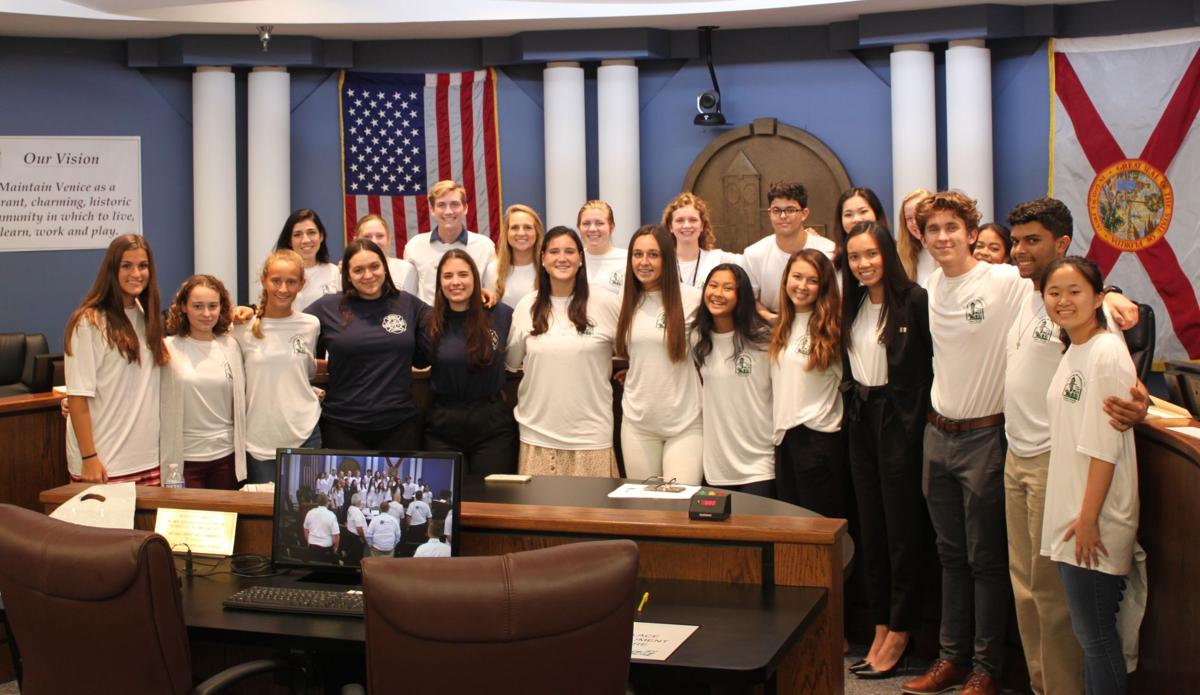 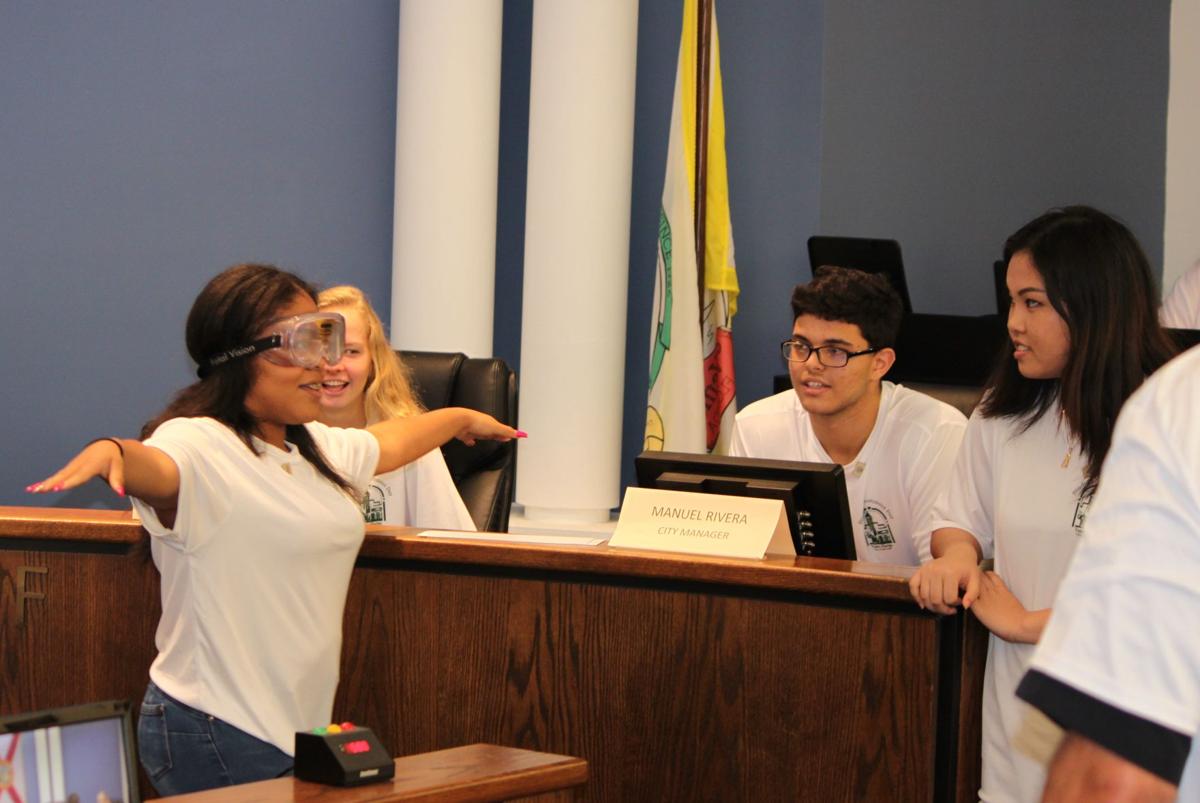 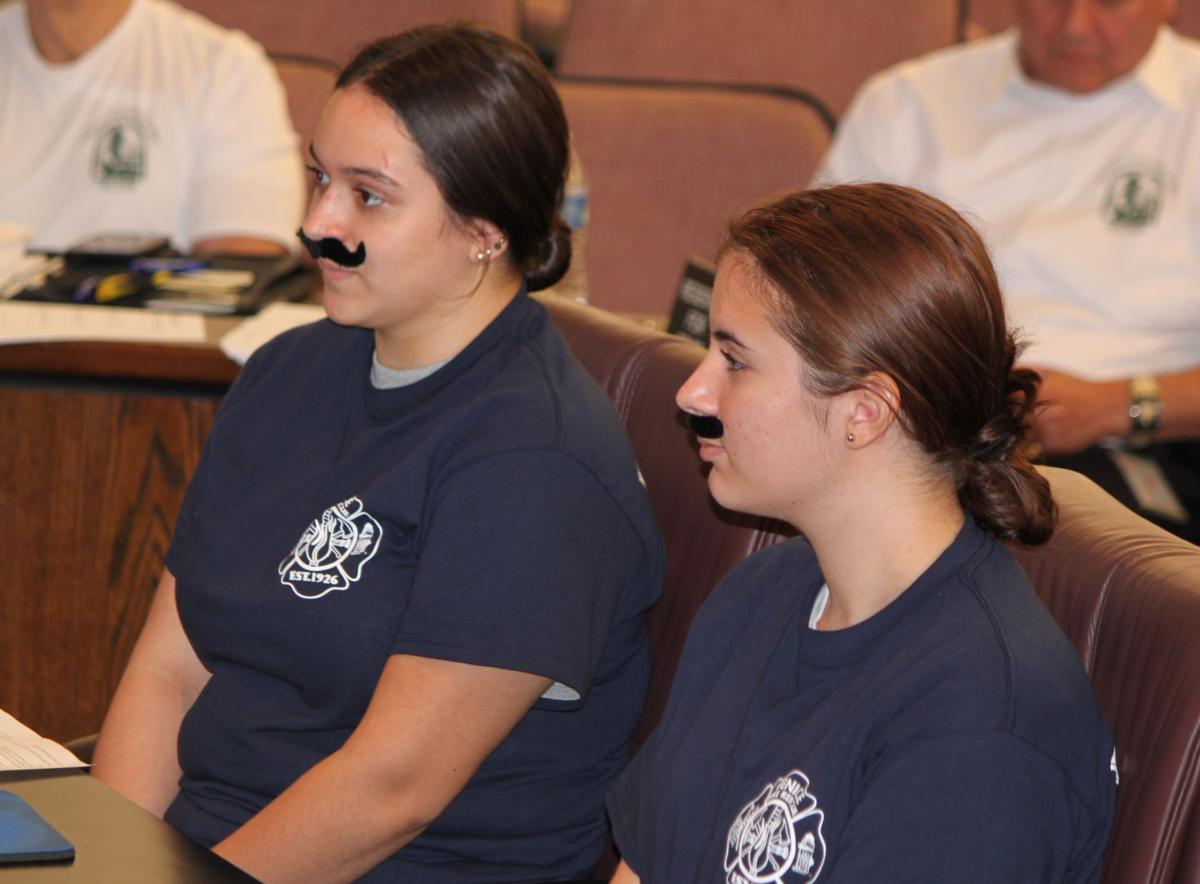 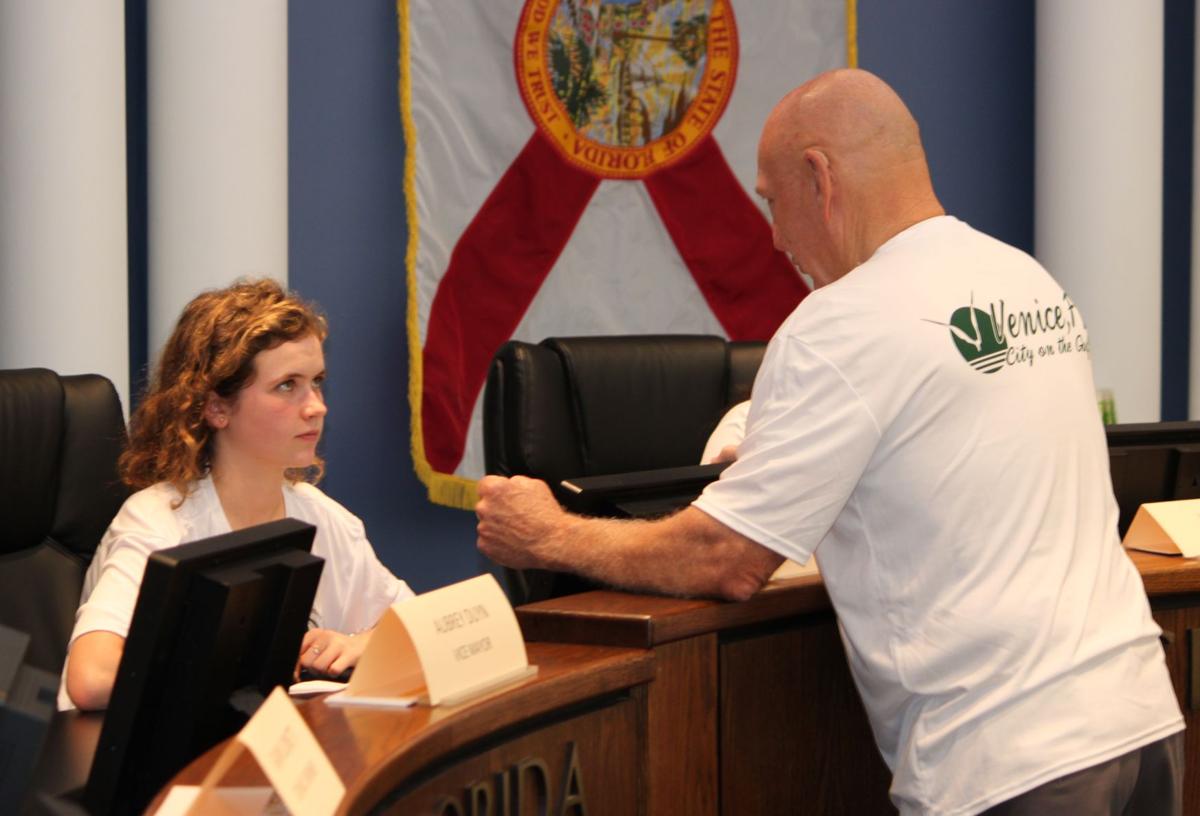 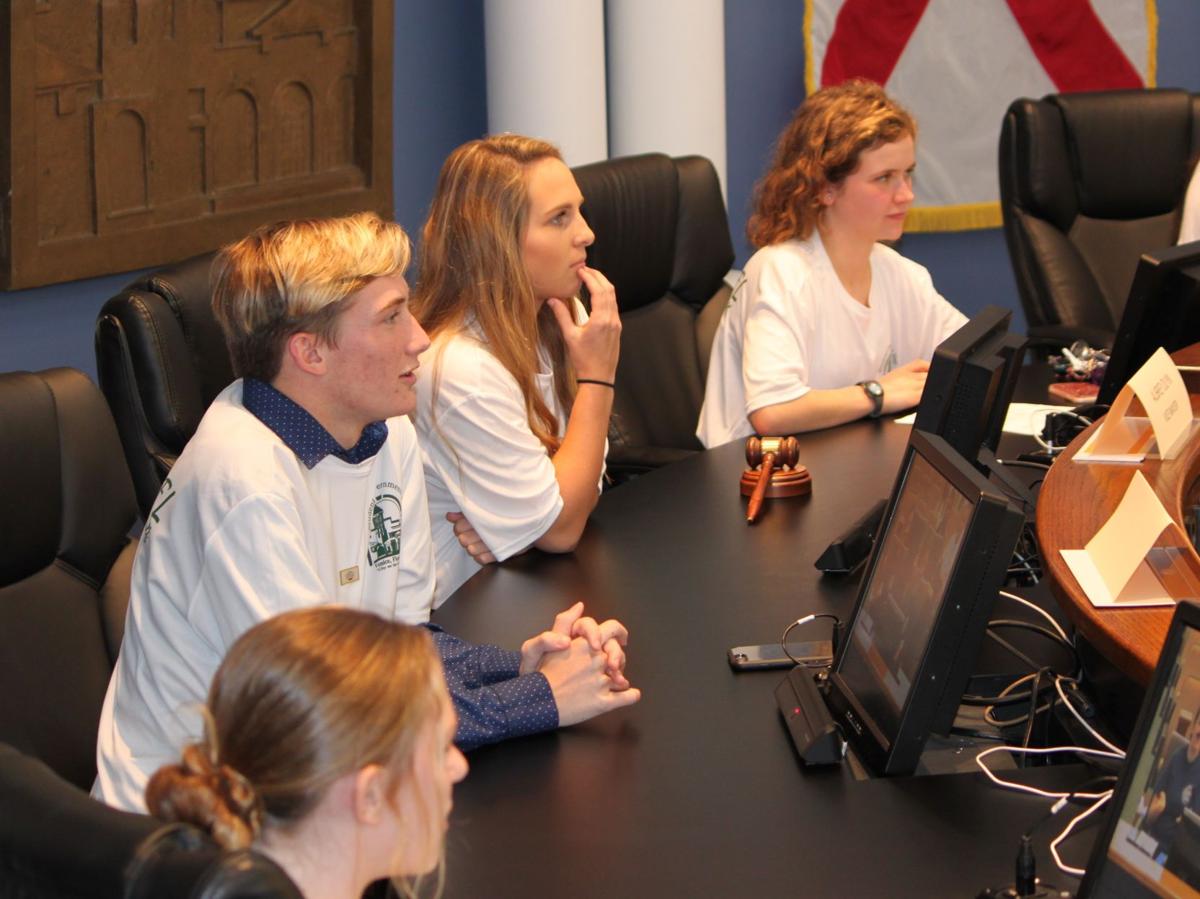 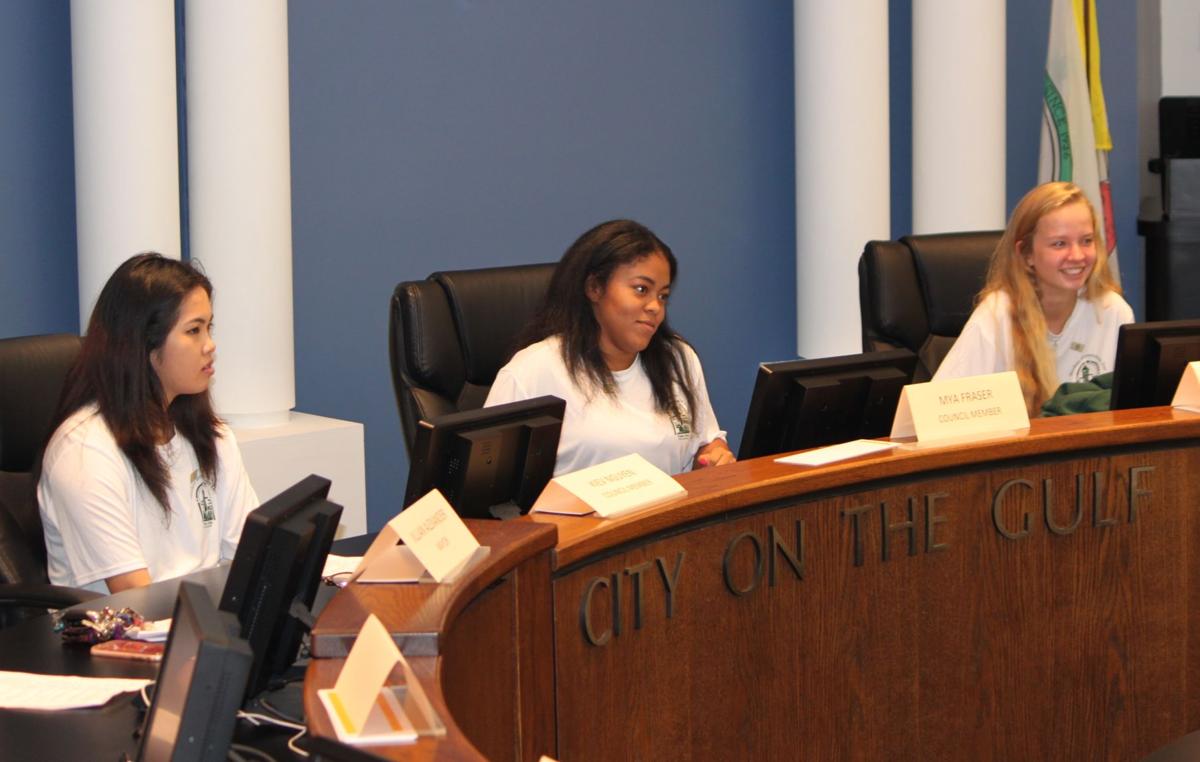 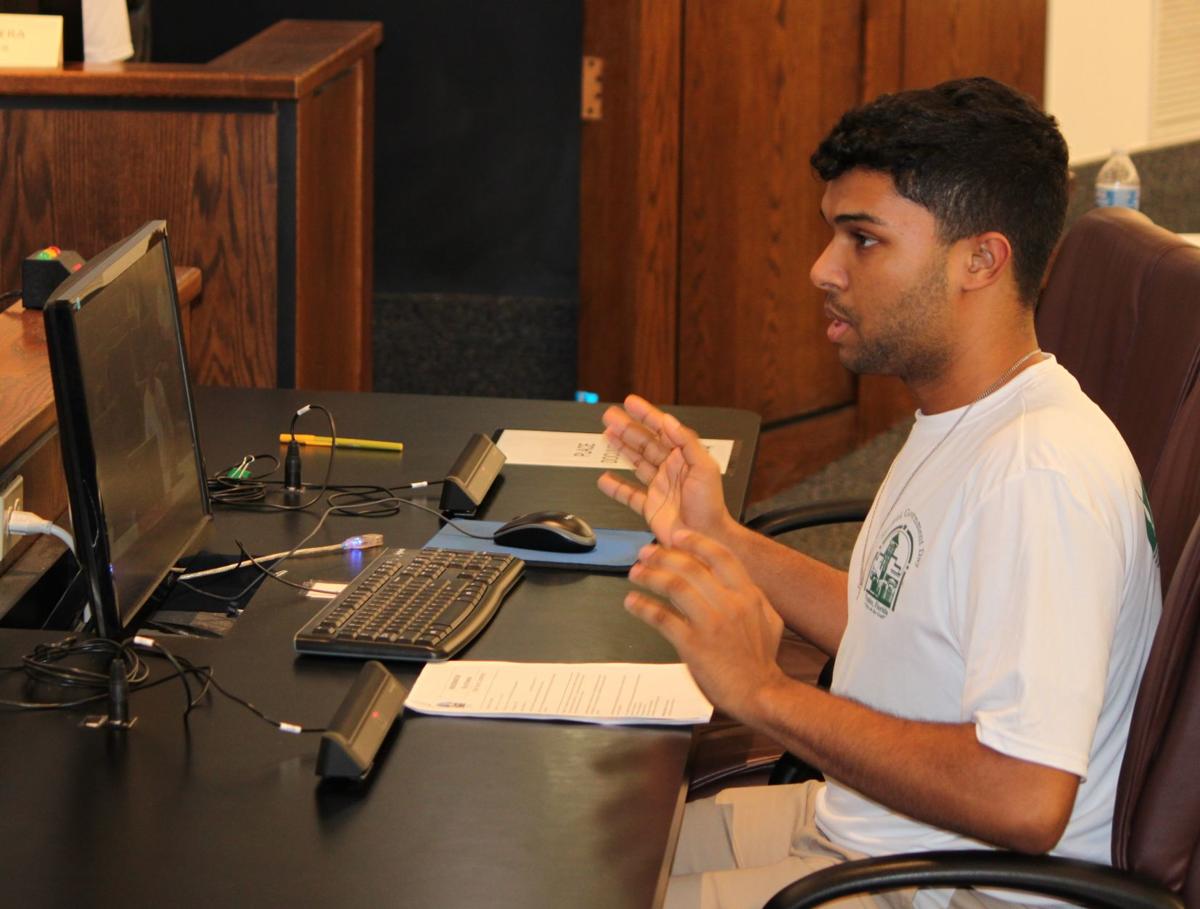 VENICE — A proposal for the city to shut down the wastewater treatment facility and force residents to use public toilets and showers was rejected at City Hall on Thursday.

So was the construction of a water slide at the Childrens Interactive Fountain in Centennial Park at a cost of $3.5 million.

But an 8G antenna four times as tall as the Empire State Building, with a roller coaster on top, was approved. The column would have turbines that could be reversed to nullify a hurricane.

Put down your protest signs and pitchforks. These ideas weren’t the pipe dreams of the outgoing City Council members, just some over-the-top concepts staff came up with for the city’s annual Student Government Day.

Students portraying department heads pitched the proposals to students sitting as the mayor and City Council.

Some, such as purchases of equipment for the police and fire departments, could have been taken off a real Council agenda. Those passed.

Not surprisingly, a proposal to restrict cellphone use by city employees didn’t.

Neither did most of the more outlandish concepts cooked up by the actual department heads. But the “Council” didn’t balk at the more than $200 million estimated cost of the 8G tower.

It also OK’d the demolition of a derelict building that could be the future site of an amusement center.