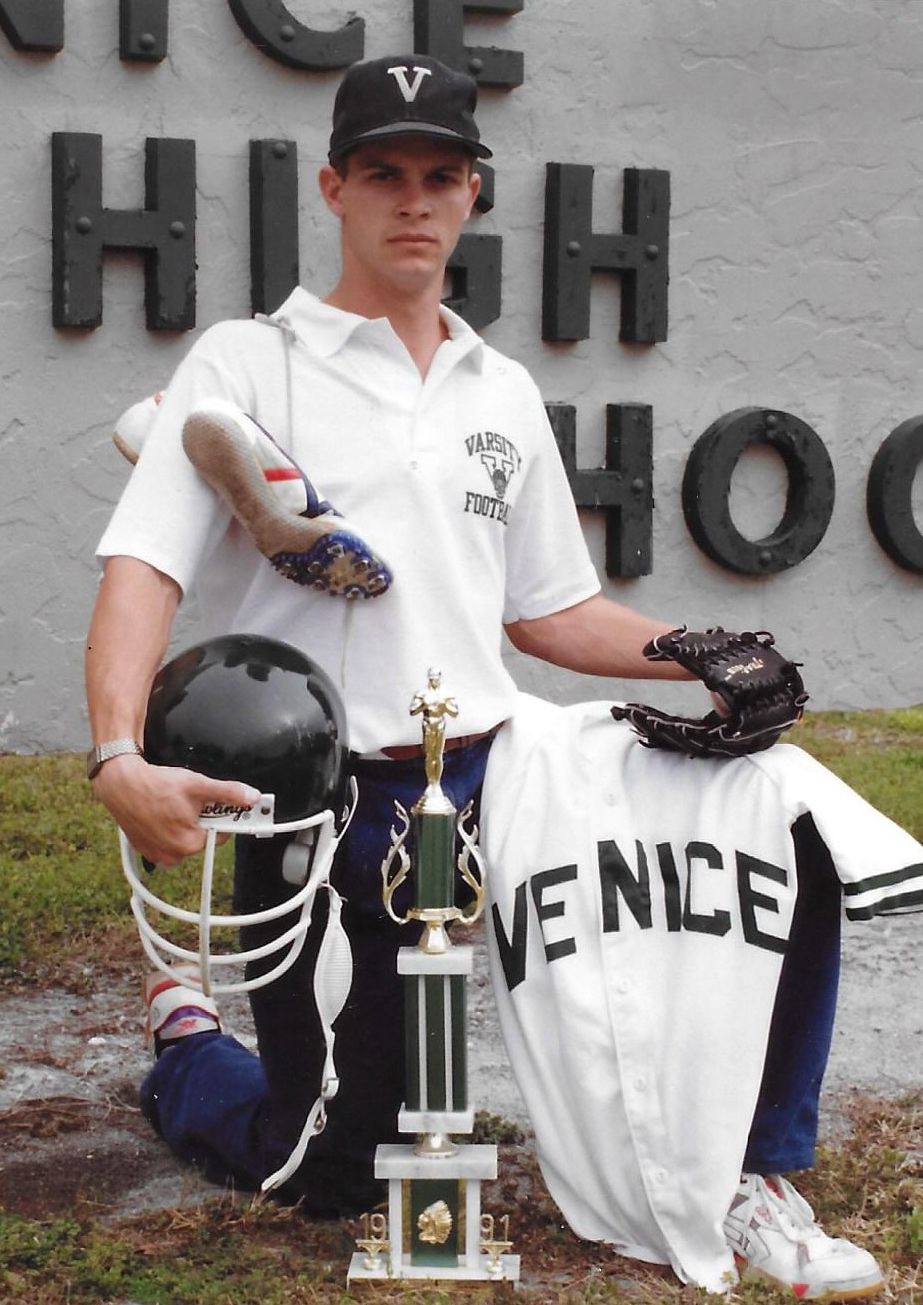 Todd Brown was the Venice High Athlete of the Year in 1991. 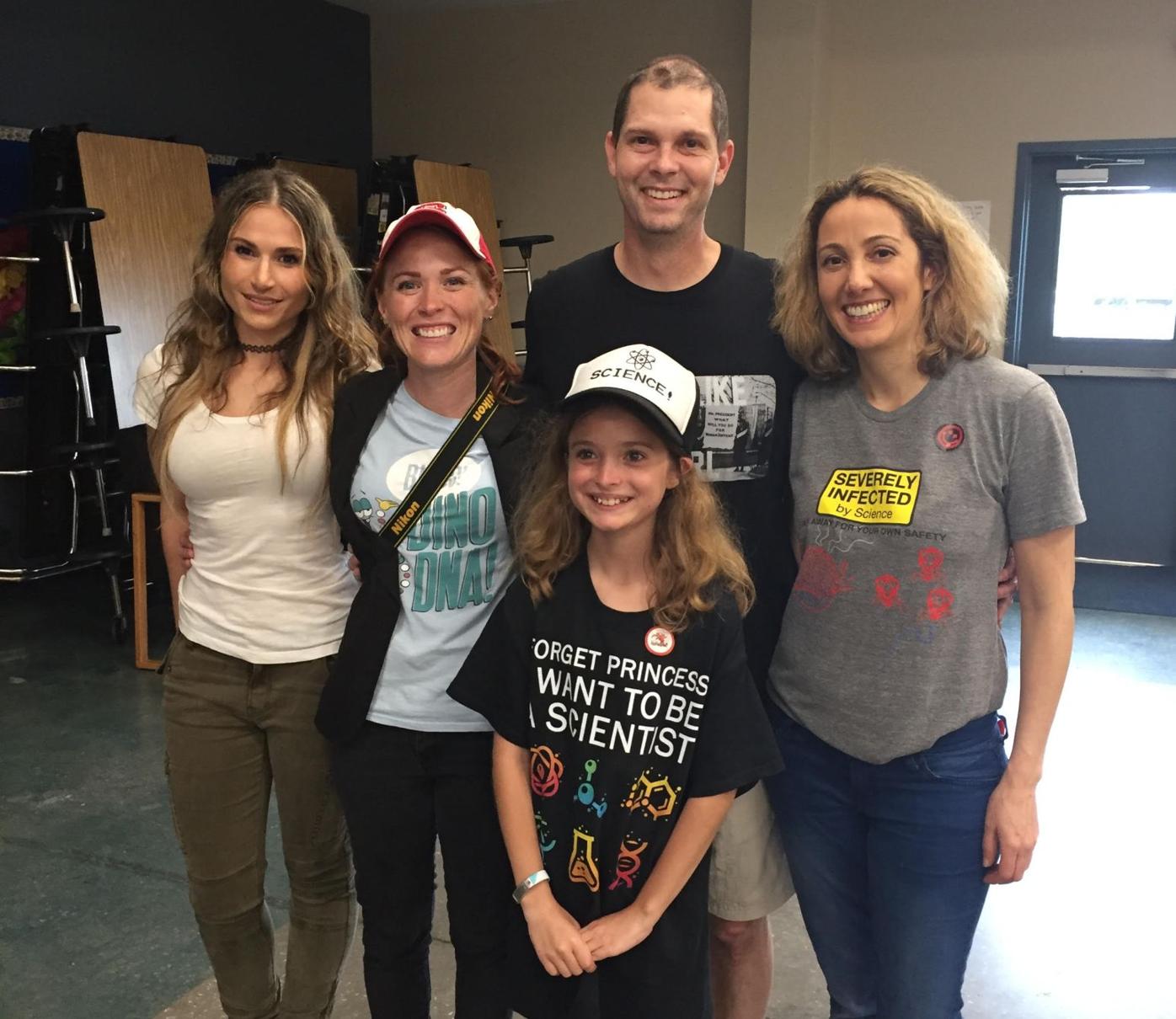 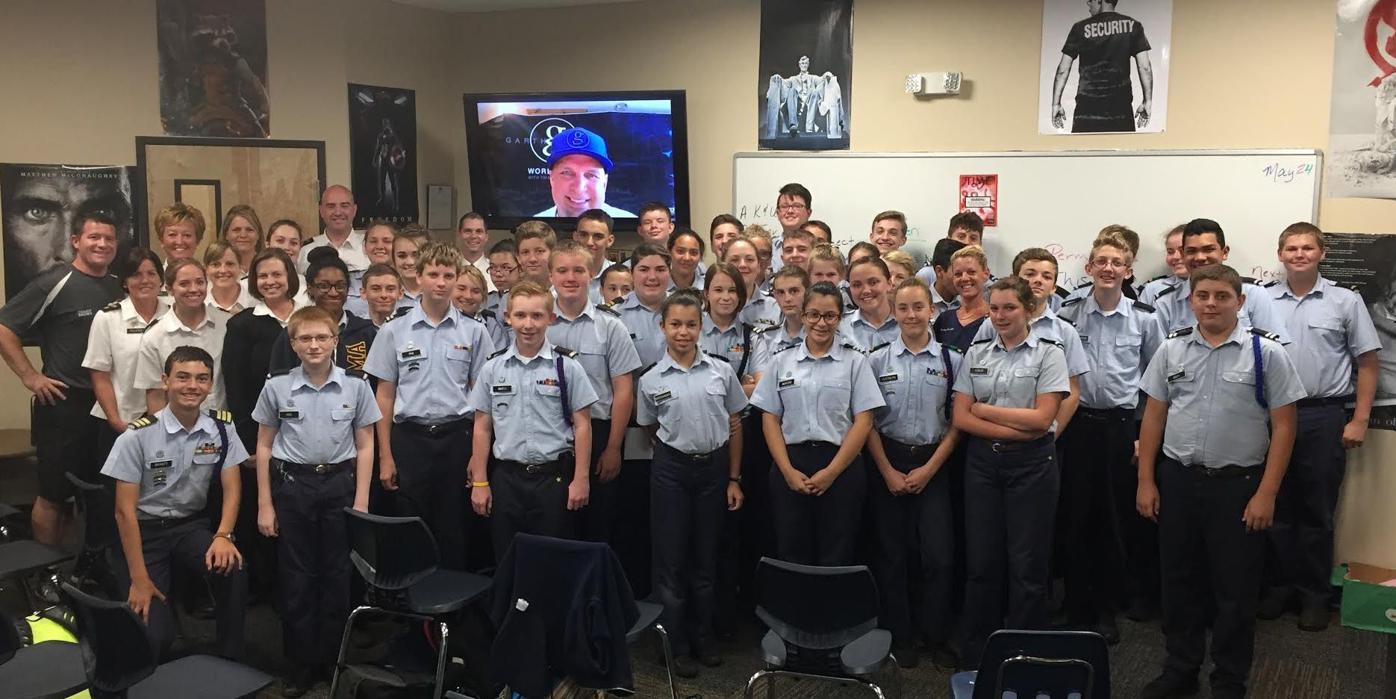 Garth Brooks, on the TV, after a Skype session with Todd Brown's students. 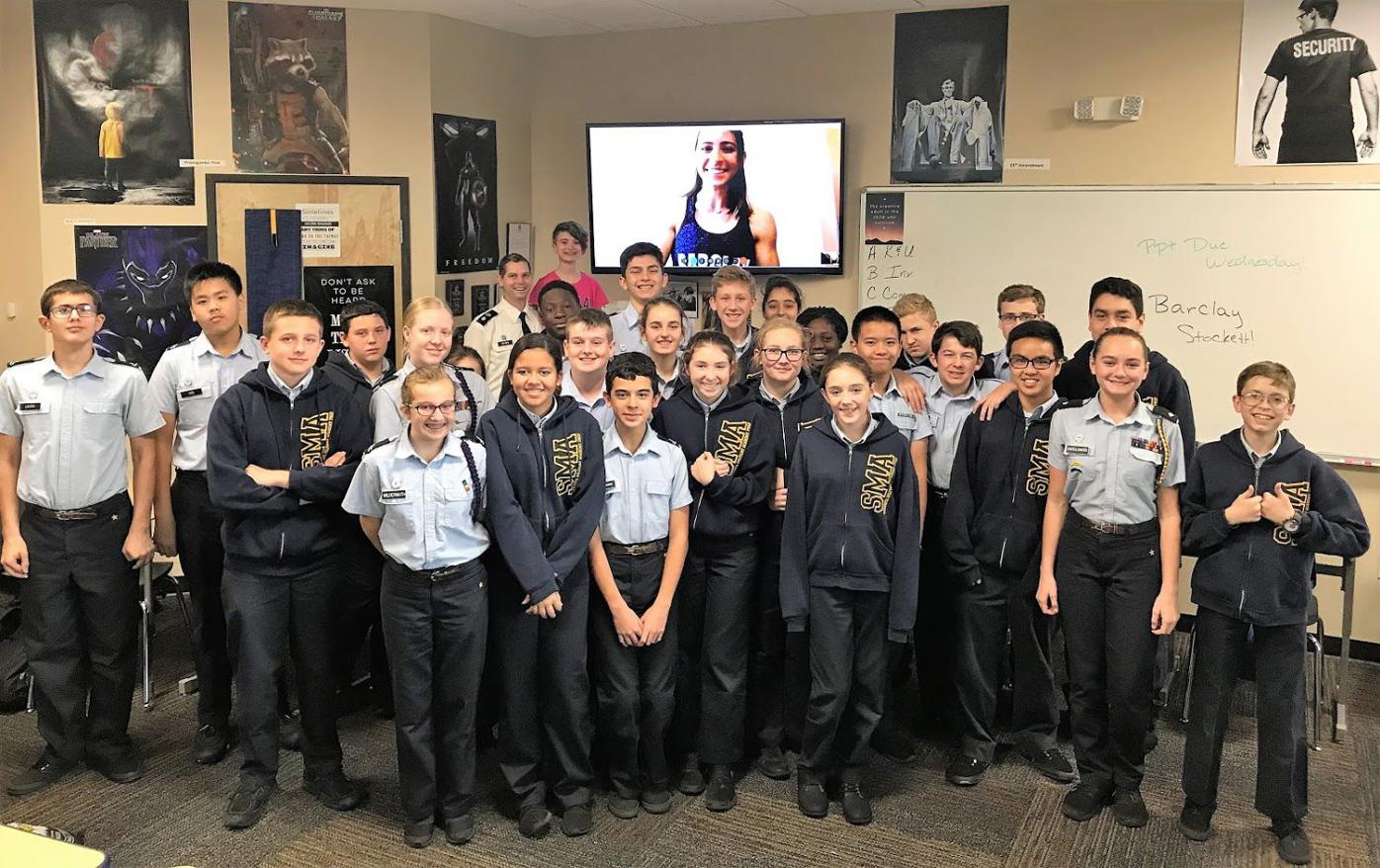 A Skype session in Todd Brown’s class with Barclay Stockett, of NBC’s “American Ninja Warrior.” Brown is just left of center, in the white shirt. 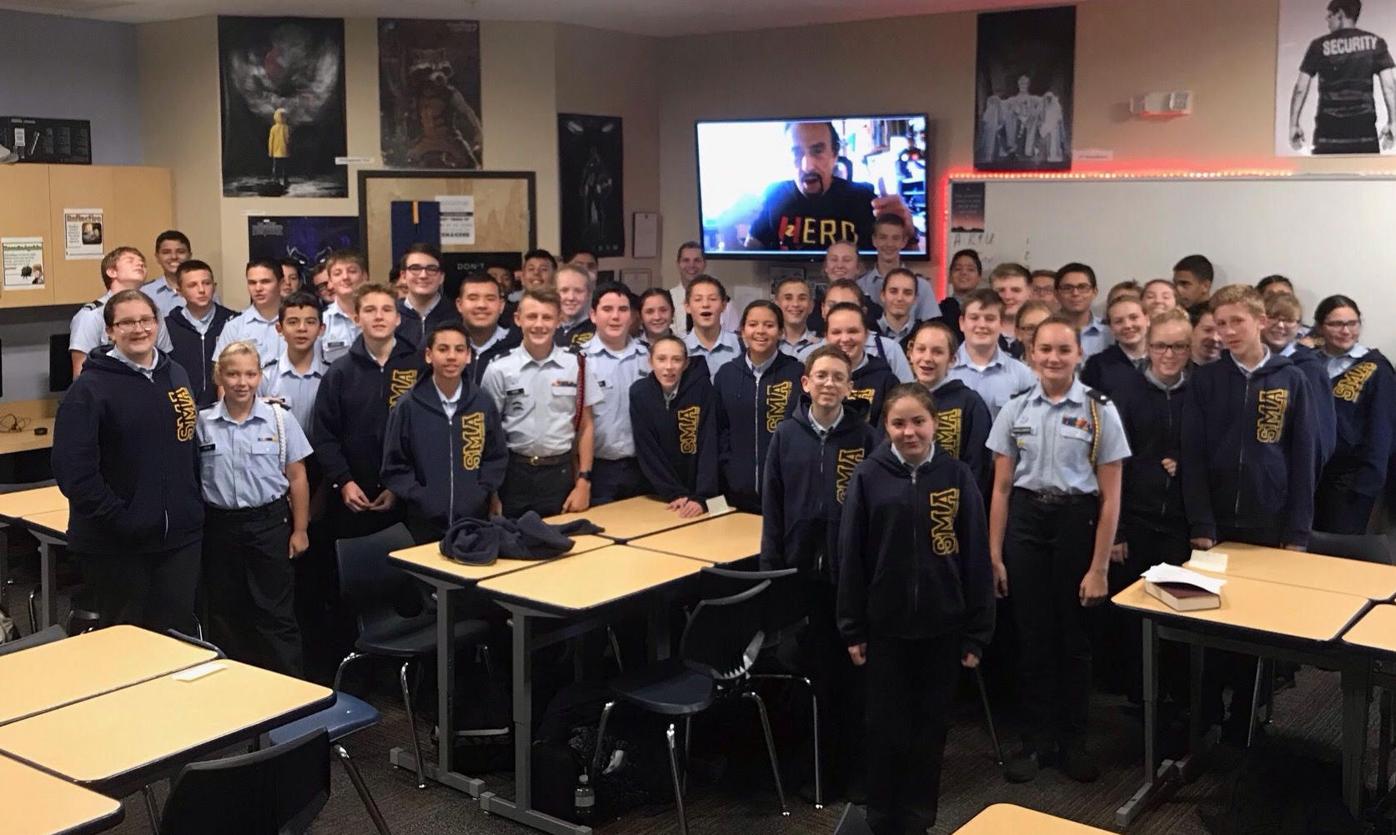 Todd Brown’s students with Dr. Philip Zimbardo, creator of the Stanford Prison Experiment, on the TV.

Todd Brown was the Venice High Athlete of the Year in 1991.

Garth Brooks, on the TV, after a Skype session with Todd Brown's students.

A Skype session in Todd Brown’s class with Barclay Stockett, of NBC’s “American Ninja Warrior.” Brown is just left of center, in the white shirt.

Todd Brown’s students with Dr. Philip Zimbardo, creator of the Stanford Prison Experiment, on the TV.

And that’s entirely accurate … assuming any other random middle school teacher in Southwest Florida has multiple Teacher of the Year awards and a Henry Ford Innovator Award; is a U.S. Congressional Teacher of the Year and a nominee for the CNN Heroes award by Harvard University; is a Sustainable Developmental Goals Ambassador for the United Nations; and has been selected for a year-long fellowship with the Center for Disease Control (CDC).

And is the founder and president of The Inspire Project, which has connected his students with mentors including singer Garth Brooks; Stanford Prison Experiment creator Philip Zimbardo; and Dan Povenmire, co-creator of “Phineas and Ferb,” among many others.

And has a slate of international speaking engagements that will take him to Egypt, Abu Dhabi, China and Saudi Arabia over the next year — but not Ireland. He had to cancel that one because it conflicted with his CDC fellowship.

And has brought thousands of dollars in grants to his school.

That’s a pretty impressive record for someone who says he “fell into” teaching.

Good sportsBrown was a star athlete at Venice High, which he attended for his junior and senior years after his family relocated from Baton Rouge, Louisiana. He was All-Area in football, baseball and track and was the school’s Athlete of the Year in 1991, according to his father, Tom.

Brown graduated that year and attended Auburn University to play baseball but didn’t like it. He was a base stealer and the Auburn coach batted him in the lead-off position but wouldn’t let him run, he said.

“I think I had three stolen bases,” he said.

He left Auburn to play at Manatee Community College (now State College of Florida), where he says he set the stolen base record, then played a year at the University of Florida.

He was drafted into the Baltimore Orioles organization but “couldn’t hit to save my life,” he said. Rather than hang on in the minors into his 30s, he decided to find a line of work that didn’t involve playing a game.

He didn’t leave the sports field, though, becoming a strength and speed coach and training elite athletes including Dennis Mitchell, an Olympic sprinter, and Matt Cain, an All-Star Major League pitcher, his father said.

That work took him all over the world, Brown said, and he eventually tired of the traveling. Based in New Jersey, he said he was also tired of the cold and dark. And he missed his family.

He didn’t intend to go into teaching after moving back to Florida even though he’d been told for years that he should — like his father and grandfather. He thought he’d go insane being cooped up in a classroom all day.

But he had a friend at Sarasota Military Academy Prep School (SMA), which was just starting up for sixth through eighth grade. He applied for and got a position teaching eight-grade civics.

‘Pandemic’The lesson that has brought him so much notoriety grew out of an autograph request.

When Time magazine published its list of the 100 Most Influential People in 2015, Brown said, his daughter “fell in love” with one of them. Not actors Bradley Cooper or Chris Pratt, or comedian Kevin Hart — Pardis Sabeti, a Harvard geneticist.

After his daughter said she’d like to have an autographed photo of Sabeti, he emailed the scientist, though without any real expectation of getting one.

But if you want something, he said, “you just ask.”

Two days later Sabeti replied. She said she was busy but would send a photo in a couple of weeks, and did.

Brown later learned that what she was busy with was the Ebola outbreak in Africa. She was part of the team whose proof of human-to-human transmission of the disease got them named TIME Magazine’s Persons of the Year in 2014.

The friendship that grew out of the simple request led to the creation of The Inspire Project and the outbreak of a pandemic at SMA.

It’s a pretend pandemic, of course, but an educational one designed to simulate the impact on victims, government officials and researchers.

Brown exchanged emails with Sabeti as the exercise was being developed, seeking her input. She ended up wanting to participate, making the trip from Boston to Sarasota at her own expense to mentor and role-play with the students.

The exercise, called Operation Outbreak, or O2, will be in its fifth year in the coming school year. It has progressed from students being given stickers to indicate their role to the use of a phone app created for it to alert victims that they’ve been infected.

Just peopleO2 is part of The Inspire Project under the Project Health umbrella. Project Earth and Project Equality are the other two major focuses.

Altogether, nearly 50 mentors, including authors, artists, astronauts and others have spoken to Brown’s classes so far as part of the project.

He connected with them the same way he did with Sabeti: He asked.

Sometimes he can get a referral, he said. And having gotten Garth Brooks involved gave him credibility, he said. But the key is making a human connection.

His said his pitch goes something like this: “I’m only asking for 30-40 minutes of your entire life to talk to kids … about you.”

The people who haven’t forgotten where they came from sign on and teach valuable lessons about success and failure.

It’s a joke in Sabeti’s family that she never won a science fair, he said. Brooks talked about persevering despite being told he wasn’t good enough to make it.

Coming upHe’s deeply into planning for the next school year. But even before that he’s looking forward to the first Inspire Education Conference at SMA Prep, for teachers and administrators.

Sabeti will be there. So will Ridhi Tariyal, co-founder of NextGen Jane and Blavatnik Fellow at Harvard; Dr. Tracy Fanara, of “MythBusters: The Search”; singer and songwriter Aradia; and Abdi Nor Iftin, Somali refugee and author of the award-winning book “Call Me American.”

There will be an event for elementary schools for Earth Day next year, he said, and he’s trying to put together a health program for high schools that would involve members of the band Queen.

He was skyping with Freddie Mercury’s assistant in Europe the day before he was interviewed for this story, he said.

The events will be open to all schools because too often, he said, they seem to be competing with each other, forgetting that education is a field of shared knowledge.

Exposing students to people of different backgrounds and from different places helps to create empathetic, understanding global citizens and might trigger an area of interest for them to pursue.

“Who knows who the next Jonas Salk is?” he said.