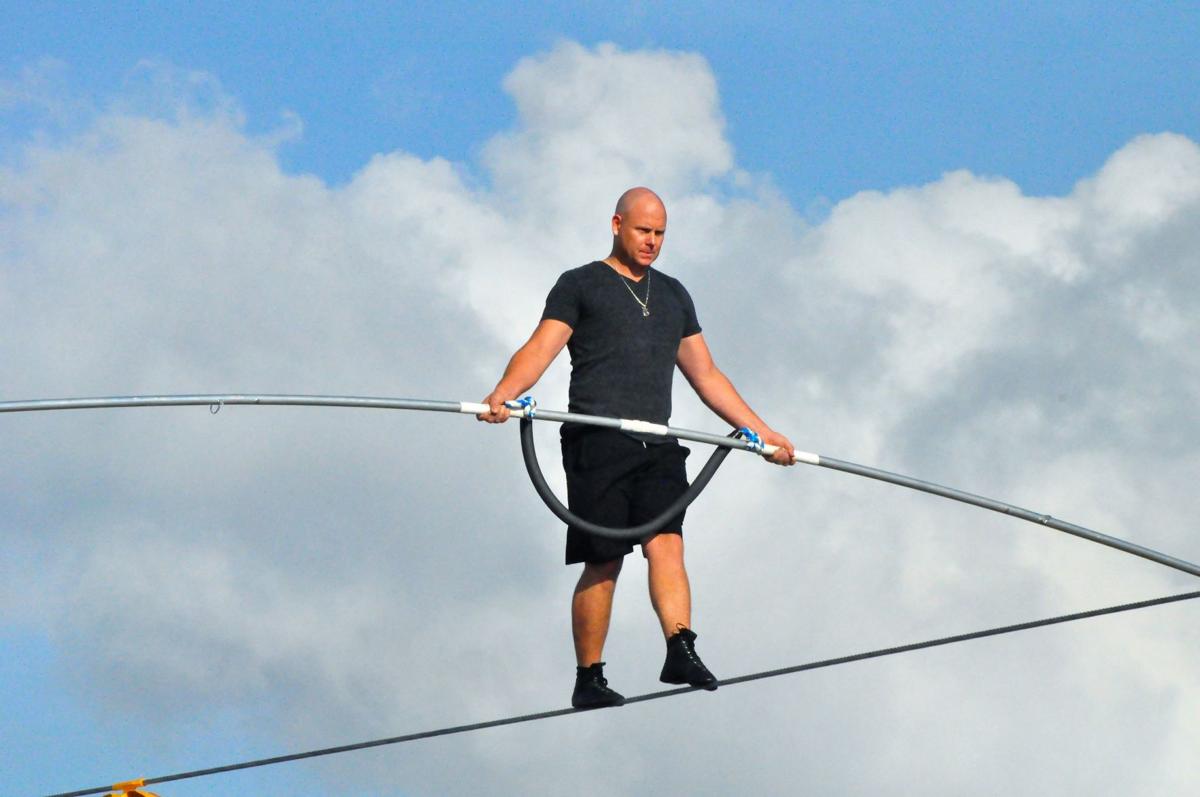 Nik Wallenda practices in Sarasota in 2019 for a televised walk in New York City. He’s back in Sarasota for local events in June. 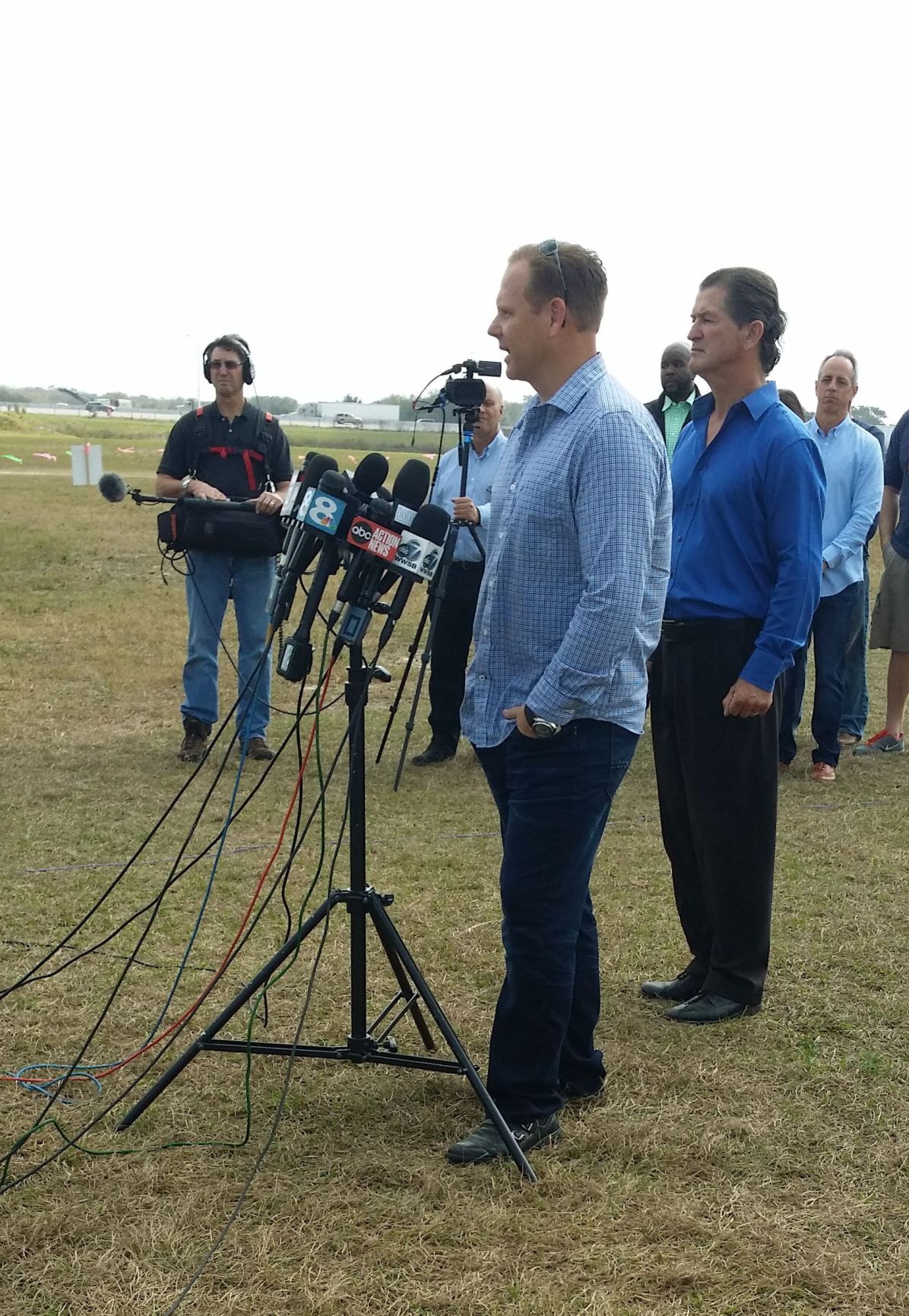 Nik Wallenda, (foreground in blue shirt) speaks at a press conference following the Wallenda Troup’s fall from the high wire in 2017 during a rehearsal for Circus Sarasota’s winter show. Pedro Reis, founder and president of Circus Sarasota stands just behind Wallenda.

Nik Wallenda practices in Sarasota in 2019 for a televised walk in New York City. He’s back in Sarasota for local events in June.

Nik Wallenda, (foreground in blue shirt) speaks at a press conference following the Wallenda Troup’s fall from the high wire in 2017 during a rehearsal for Circus Sarasota’s winter show. Pedro Reis, founder and president of Circus Sarasota stands just behind Wallenda.

SARASOTA — The man who walked across Niagara Falls on a tightrope — Nik Wallenda — will be performing more daredevil stunts closer to home on the next two weekends.

Wallenda’s Daredevil Rally can be seen from your car June 5-7 and June 11-14 at Nathan Benderson Park.

While you can purchase tickets on site the day of the show, it is best to order them online. You will be sent a code to show on your cellphone when you arrive at Benderson.

Presented by the Fran Haasch Law Group and Tri County Air, the shows will feature Wallenda and his wife, Erendira Wallenda, plus other daredevil performers doing such things as a human canonball, “wheel of steel” and freestyle jumping and motorcycles in a steel globe.

In the latter act, a live person is usually placed in the center of the globe. He or she has to have nerves of steel and not move an inch as the cyclists rev their engines and face upside down and rightside up within the globe and around him or her.

According to a release about the event the freestyle jumpers include some of the “top action sports athletes in the world.”

“We wanted to provide quality family entertainment during what has been a tough time for our nation and the world,” Wallenda said.

He is self-producing this show — a first for him.

“After touring the globe, I’ve made friends with some of the greatest daredevils of our time. For this special performance, I’ve invited all of them to unite together in one place. I wanted my hometown of Sarasota to experience a show like nothing that’s ever been seen before.”

Watch from your car as one would in the old days of drive-in movies. Or bring chairs to sit out side but within the space allotted for your car.

Purchase tickets at daredevilrally.com. For each can of non-perishable food, attendees can get $1 off the ticket price up to a maximum of $5 per car.

“Quite obviously, given what’s happening with the pandemic crisis, we also want this to be a safe event,” Wallenda said. “To that end, we’ll even be applying social distancing as it relates to vehicle placement in the park.”

Since Wallenda’s first professional appearance in Japan at 13 as part of his family’s famous four-level, eight-person pyramid, he has performed all over the world and set 11 records in the Guinness Book of World Records fot such feats as his Niagara Falls and Grand Canyon walks.

A few years ago, the pyramid had a tragic incident in which several members fell during a rehearsal in Sarasota. Nik managed to hang on to the wire but his sister fell from the top tier some 50 feet to the ground and sustained severe injuries. One of the men on the first level miraculously fell to the ground, got up and called his mother to say he was all right. Unlike the famous fall that occurred in Detroit in 1962 when two members of the act died.

Given Wallenda’s penchant for always wanting to do more with each performance, this show promises to keep viewers on the edge of their seats.