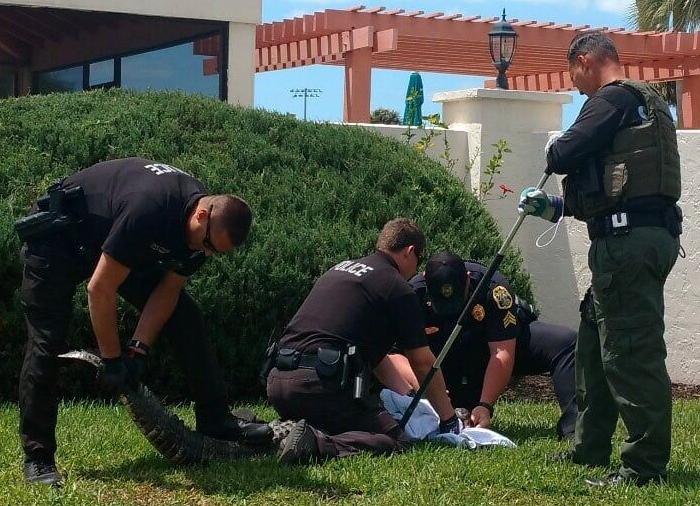 Officers with Venice Police Department and Sarasota County Sheriff's Office work to secure a large alligator from the pool area of Capri Isles. It was relocated, authorities said. 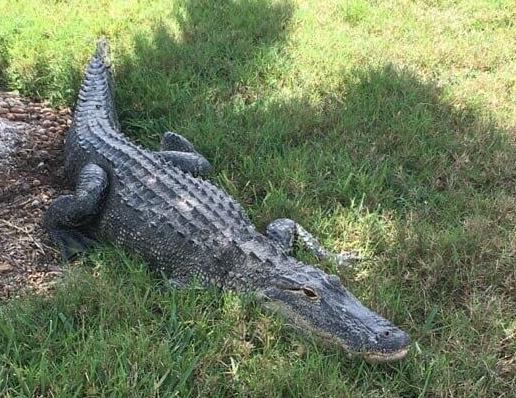 Officers with Venice Police Department and Sarasota County Sheriff's Office work to secure a large alligator from the pool area of Capri Isles. It was relocated, authorities said.

No injuries were reported and the reptile was removed safely and relocated, according to Venice Police Department.

"As a reminder, warm spring weather means alligators are more active and more visible, the Florida Fish and Wildlife Conservation Commission says," the department said in a social media note. "Courtship begins in April then mating happens in May or June, according to FWC."

Since alligators don't feed too much during the winter, they are looking for meals now, officials said.

"Rising temperatures increase an alligator's metabolism, which means they begin seeking prey, according to FWC," the post said. "It also means they'll be observed basking in the sun as they regulate their body temperature."

They become more aggressive during this time period, although they generally avoid humans.